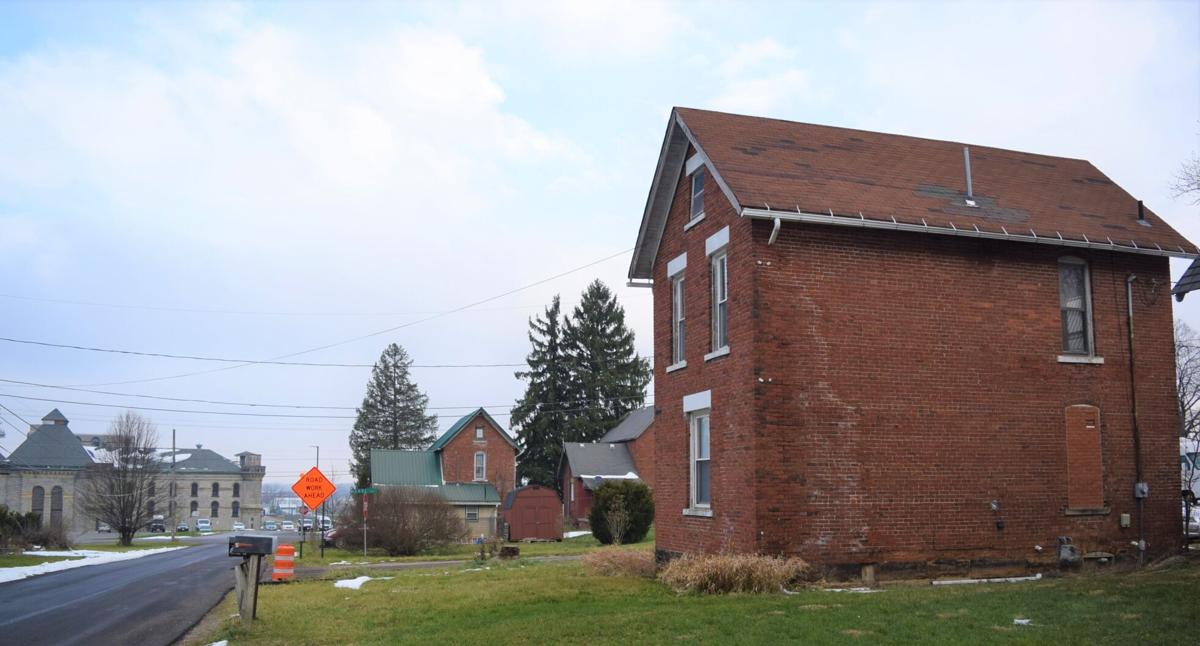 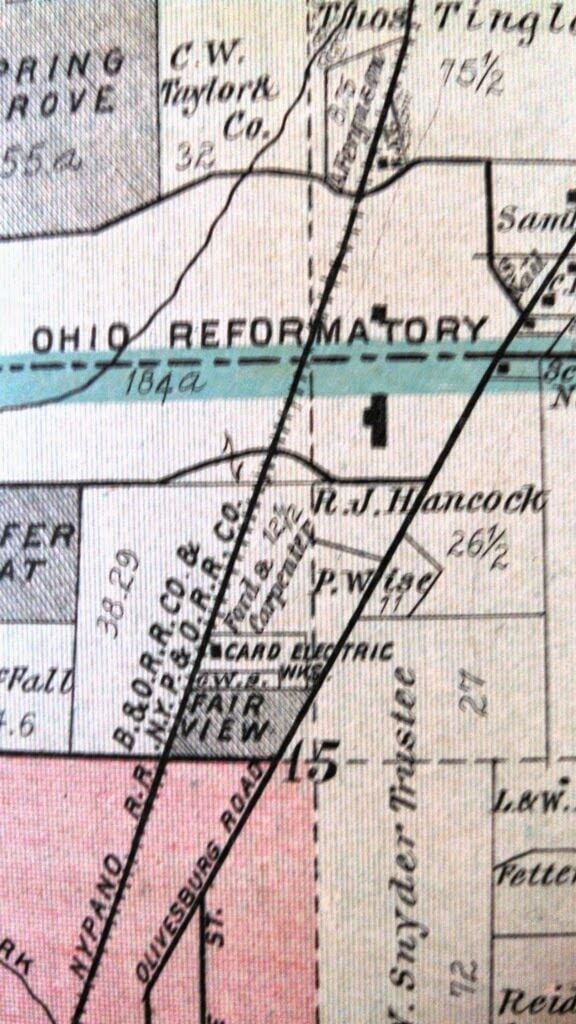 A map from 1896 showing the reformatory and Hancock Heights, separated by what was then called Olivesburg Road. (Richland County Historical Society photo)

MANSFIELD -- Like silent sentries, the four identical brick homes in what was known as Hancock Heights keep a watchful eye on the nearby former Ohio State Reformatory. 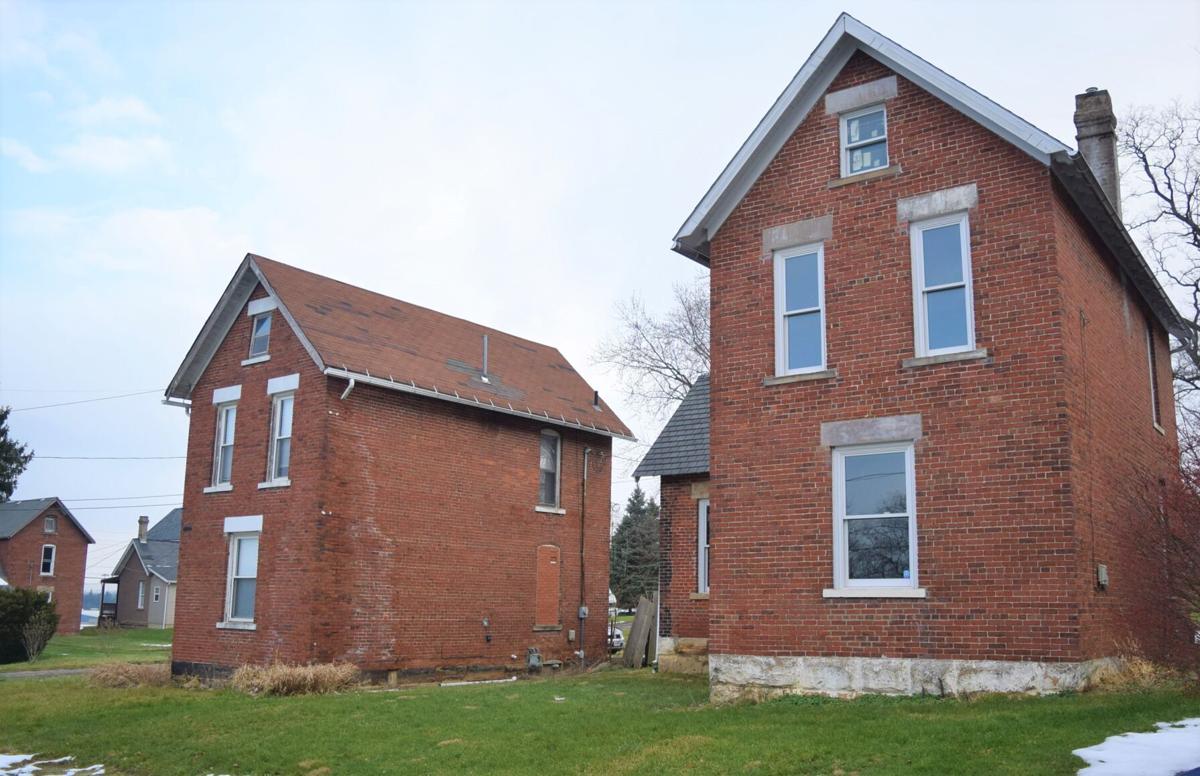 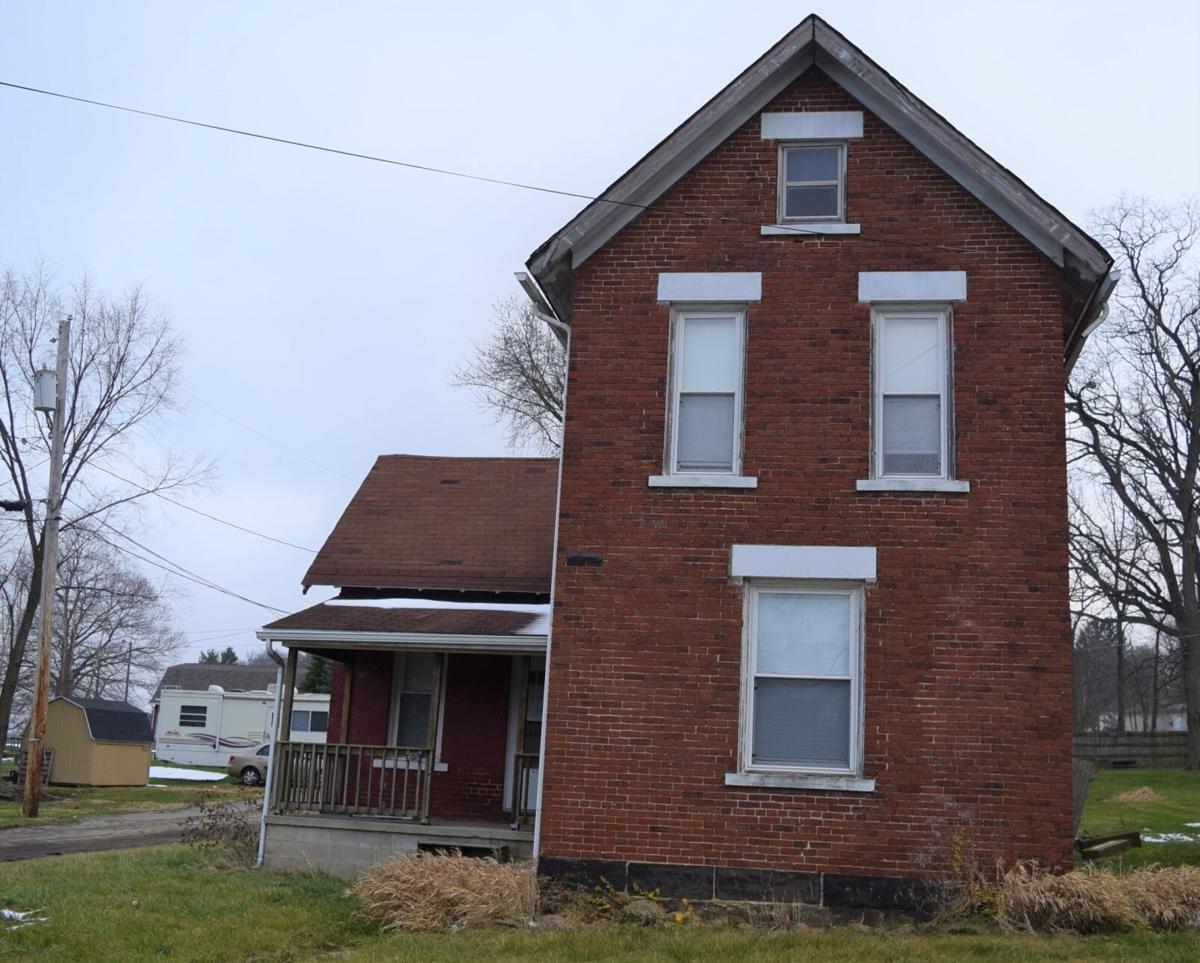 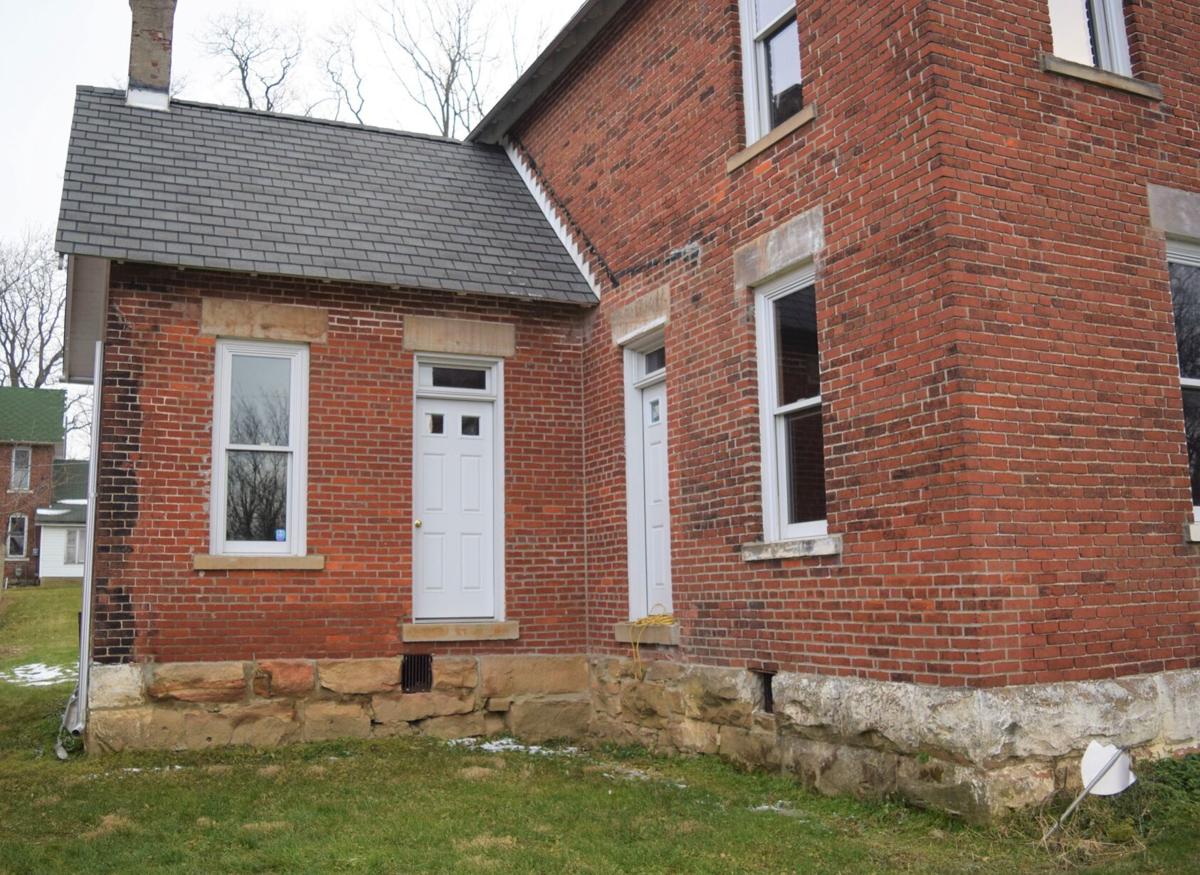 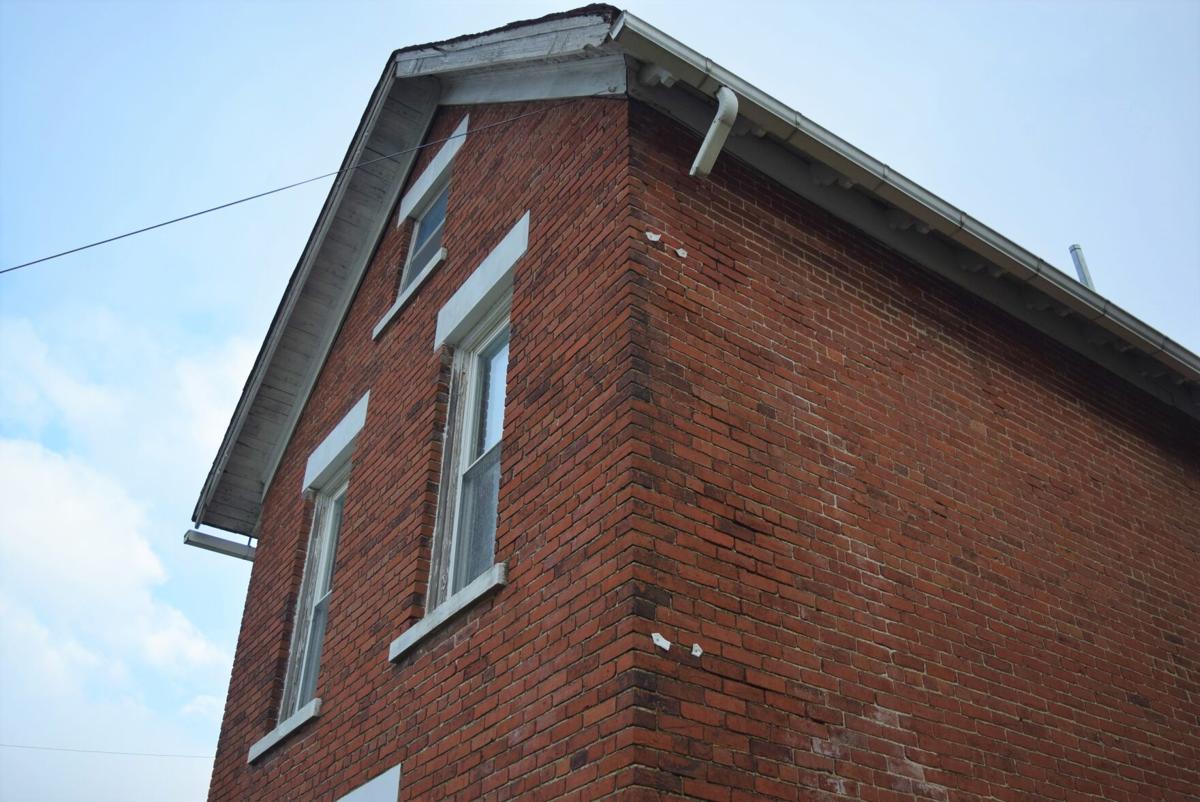 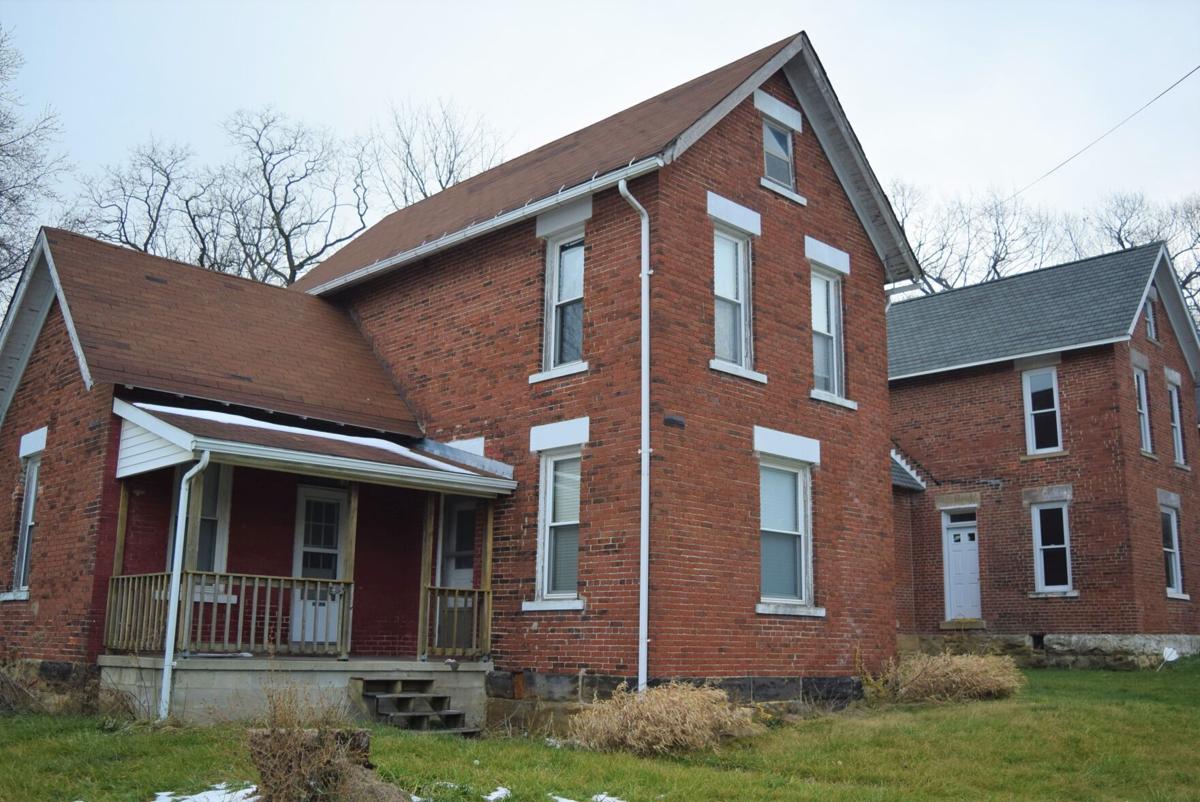 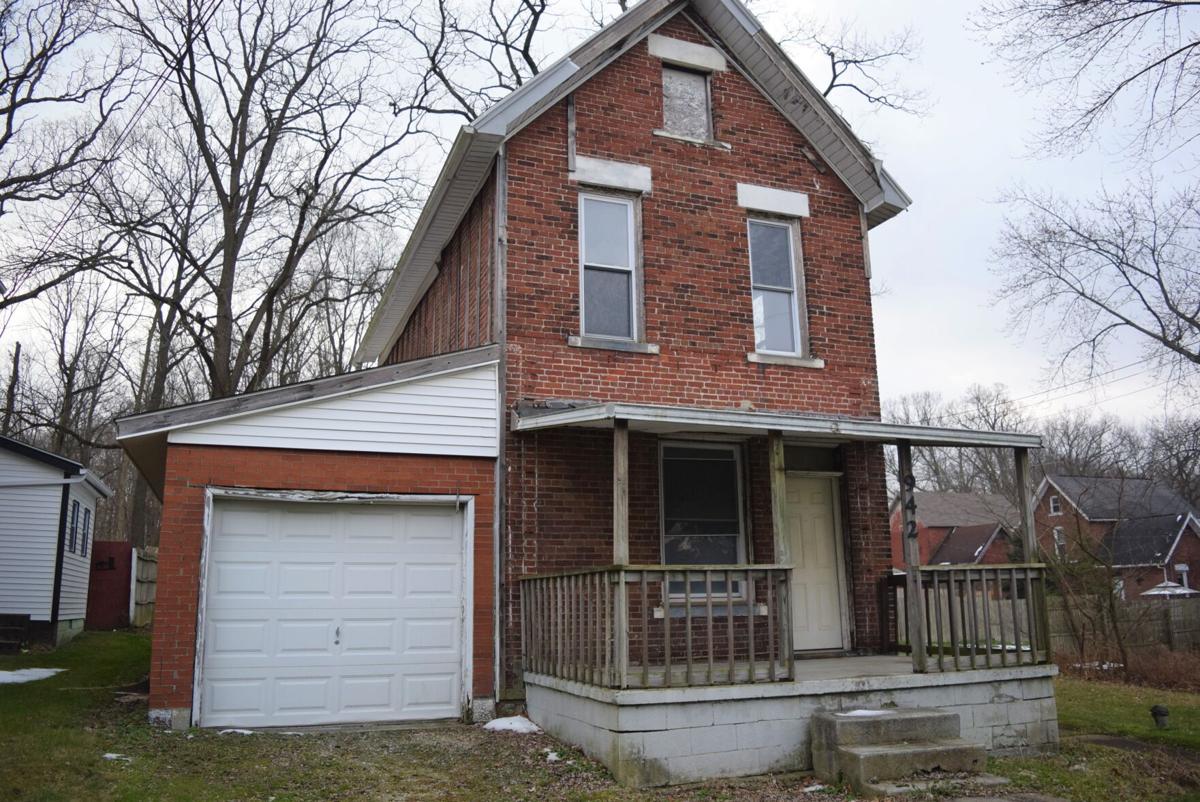 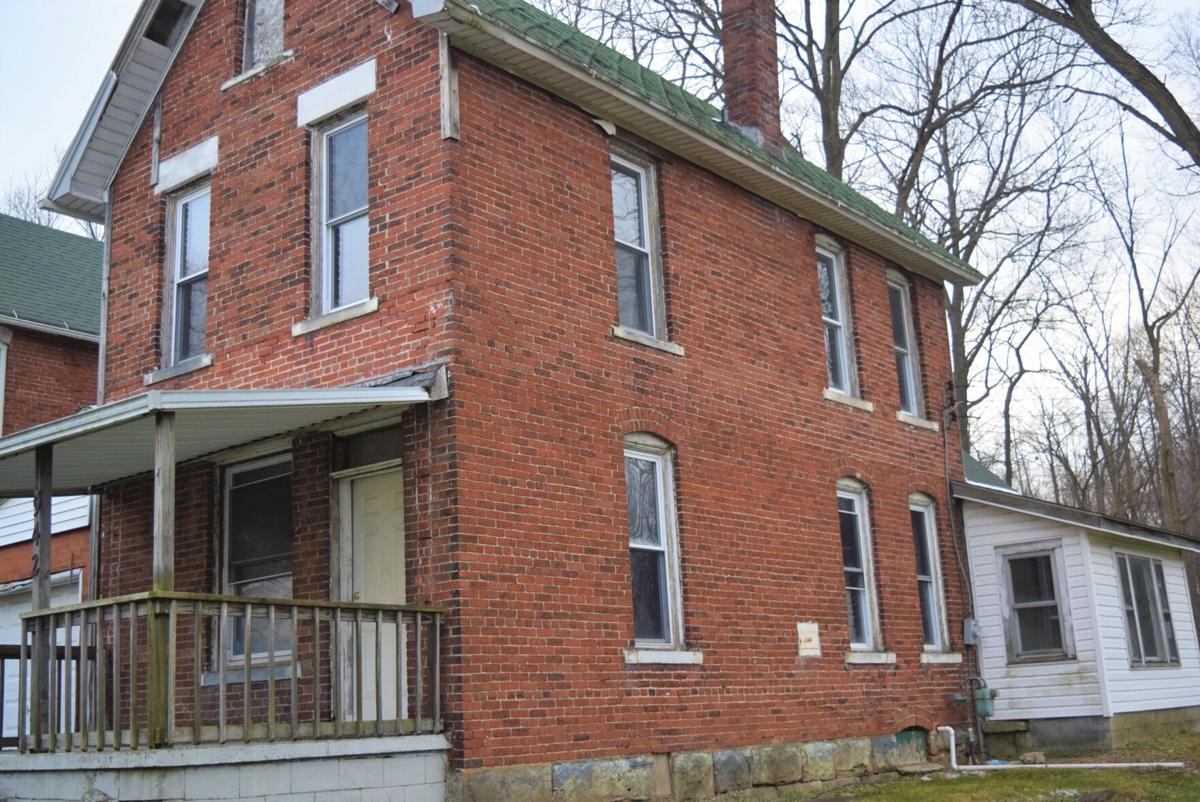 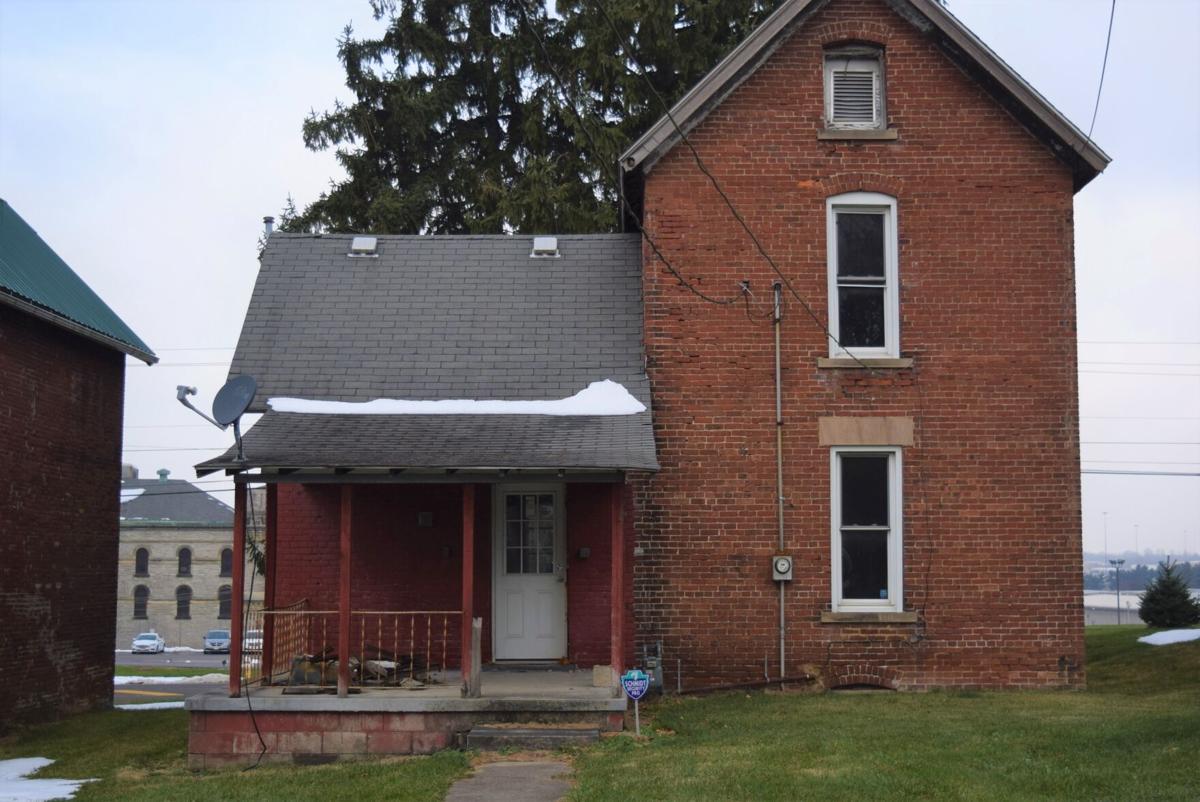 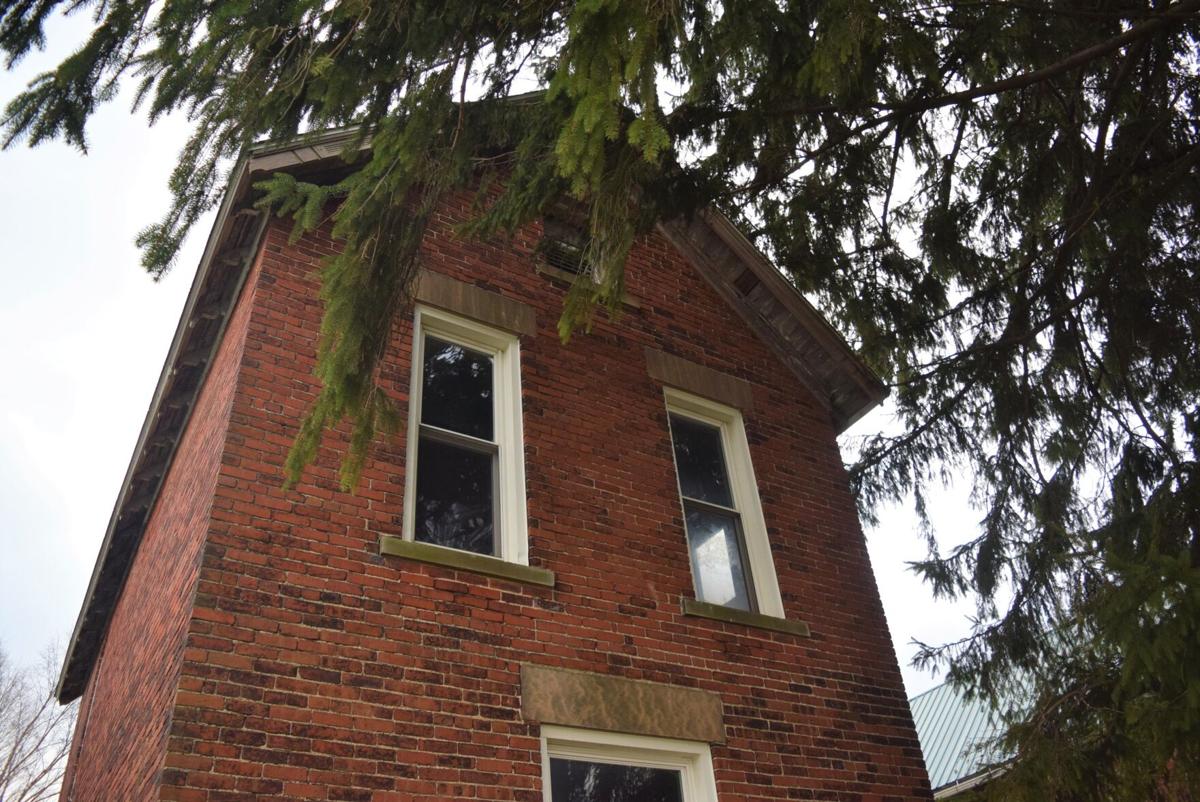 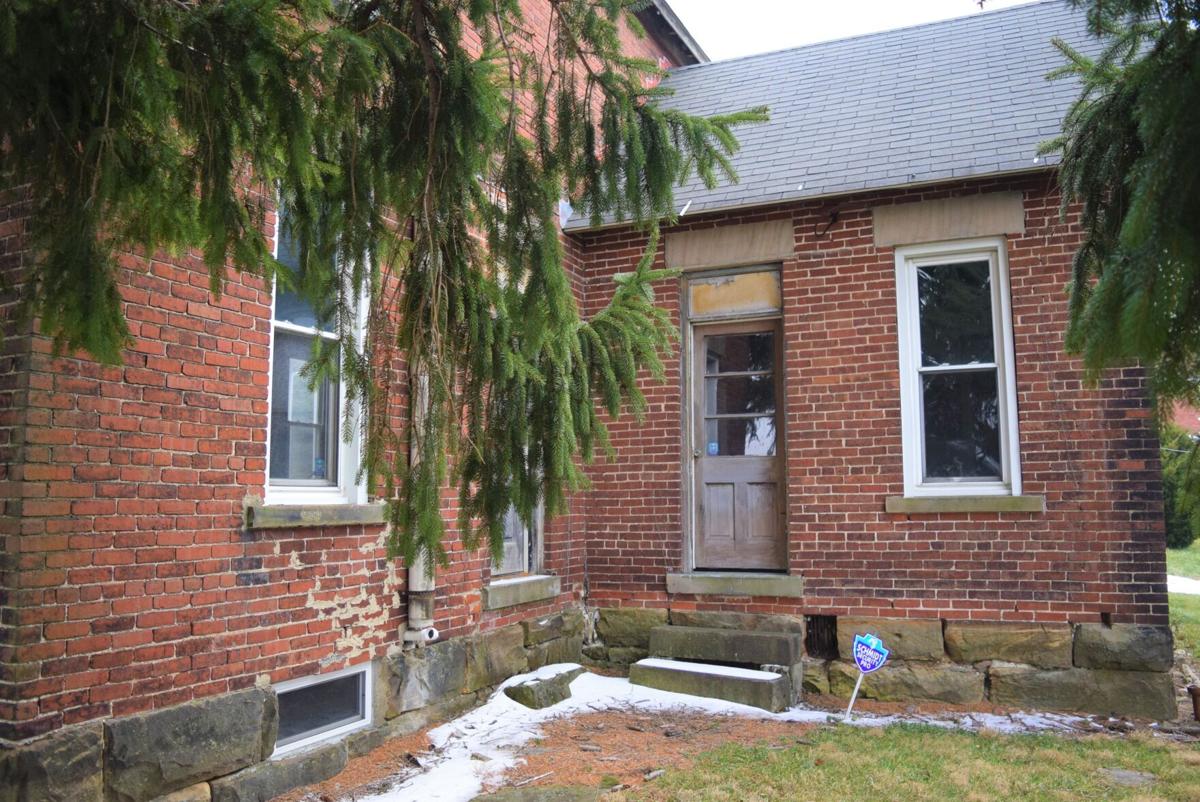 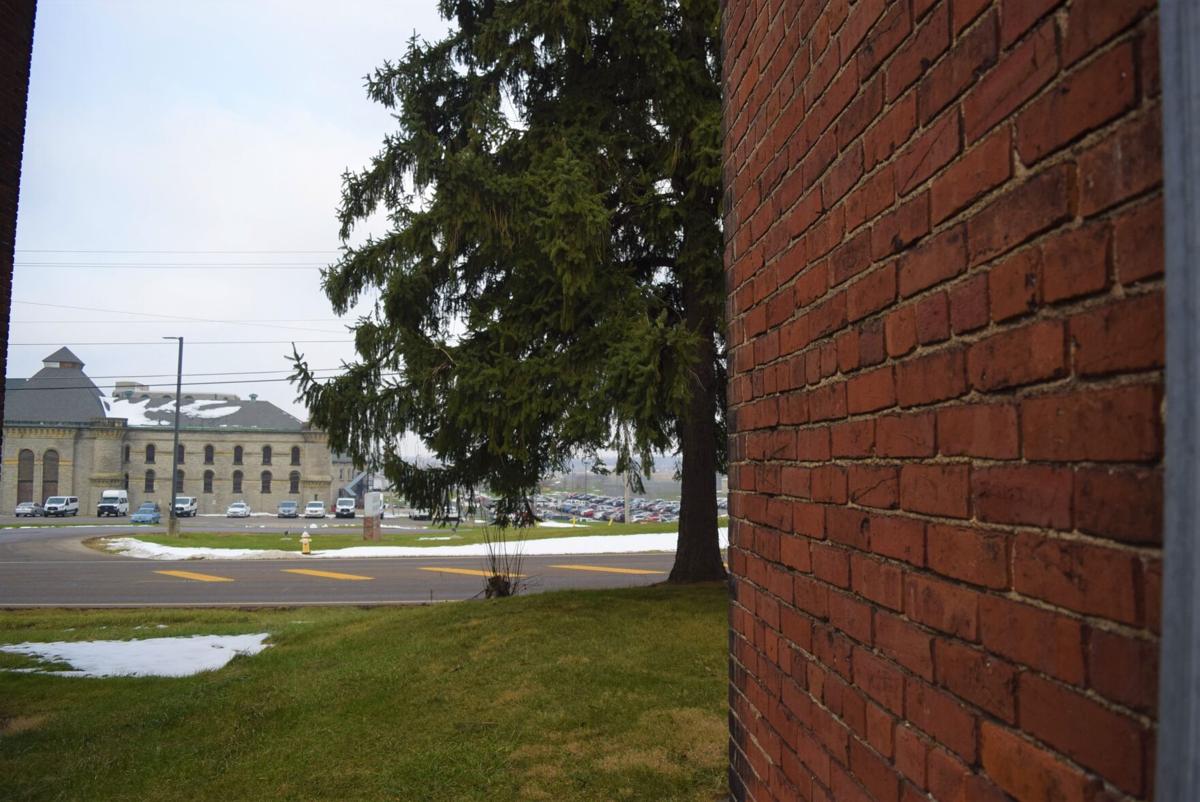 Photos of four historic, brick homes in what was once known as Hancock Heights that have been acquired by the Ohio State Reformatory Preservation Society.

Over the last several years, the society has acquired the houses, built in the late 1800s. The most recent acquisition came in late November with a $39,900 cash purchase of 413 Annadale Ave. from the estate of Nicholas Bucci.

The other three houses -- including 417 Annadale Ave., 942 Gare Ave. and a house directly facing the historic prison on Ohio 545 -- were obtained in recent years, including properties scheduled for demolition through the Land Bank.

The preservation society has no firm plans for the four houses. They are nestled among other occupied homes in the small neighborhood on the northern tip of the 26 1/2-acre parcel purchased by Robert Hancock in 1892. The land was once owned by Phoebe Wise, a woman made famous by the writings of Louis Bromfield.

"We wanted to save them from being demolished," said Paul Smith, executive director of the preservation society. "At some point down they road, we may want to do something with them."

He said restoring the homes could be a possibility and opening them to the public with reenactment characters, making it part of the prison-tour experience. The popularity of the location is based on the prison's role in the landmark movie The Shawshank Redemption.

"There are six other homes there now with people living there and we don't want to disrupt their space. So our goal for now has been to get them, stabilize them and work on restoring them," Smith said.

He said the society has no plans to rent or lease the homes. The houses were were built identically, though various owners have modified them over the years.

They were meant to be affordable, according to OSR Preservation Society board member Dan Seckel, owner of Seckel Group Architects in Mansfield.

"They have very simple floor plans," Seckel said, pointing to the fact the homes were built with a living room and kitchen downstairs with two bedrooms and a bathroom upstairs. "They have solid brick walls. Some have plaster on inside ... some have been altered over the years."

Seckel said a long-range plan for the neighborhood could include something like the Ohio Village operated by the Ohio History Connection in Columbus, showing what a prison guard or assistant warden's life outside the prison walls could have been like.

"We want to respect our neighbors. These are long-range plans," Seckel said. "When we started the restoration process (at OSR) it was 25 years ago. You can never tell how long range that long-range plans really are."

Smith said work has been done on roofs, windows and doors to prevent further damage to the interiors of the structures.

It's likely some of these homes may have been built to house workers building the prison or later, prison employees, themselves, according to Alan Wigton with the historical society, which lobbied to prevent the houses from being demolished.

"Construction of the Intermediate Penitentiary was begun in 1886. Its name was officially changed to the Ohio State Reformatory in 1891, and it received its first prisoners in 1896, although construction continued after that date," Wigton said.

The Ohio State Reformatory was designed by Cleveland architect Levi Scofield, who planned the limestone building to be an uplifting, inspiring, and intimidating structure. It was originally called the Intermediate Penitentiary since it accepted inmates too old for juvenile corrections, but had committed offenses more minor than those that sent others to the Ohio State Penitentiary.

The prison remained open until the end of 1990, and sat empty for several years until local residents rallied to  purchase the building from the state for $1 and committed to repairing and restoring the historic structure, work that continues today.

Hancock and Dow, a local construction firm specializing in stonework, was awarded the initial construction contract to build the prison. Robert G. Hancock and William Dow were the principals of the partnership. Hancock had emigrated from England in 1870, bringing large-scale, cut-stone work to Mansfield, according to Wigton.

The parcel of land on which the 10 houses sit was originally part of the Wise Farm, where Mansfield resident Phoebe Wise resided, Wigton said.

"Phoebe had sold 34 acres to the State of Ohio in 1885, making up part of the land on which the new prison was to be built. In 1892 the remainder of the Wise farm was sold at sheriff’s sale to satisfy the Wise heirs, and a 26 1/2 acre parcel was purchased by Robert J. Hancock," Wigton said.

Occupants of those early homes included H.C. Castor, the assistant superintendent at the reformatory, as well as families of prison guards, who likely rented the houses that could provide for a quick walk to work.

"All 10 original houses still stand, and there is no evidence yet found that any other houses were built (there). Without question the community of 10 brick houses, if kept intact, qualifies as a local or national historic district," Wigton said.