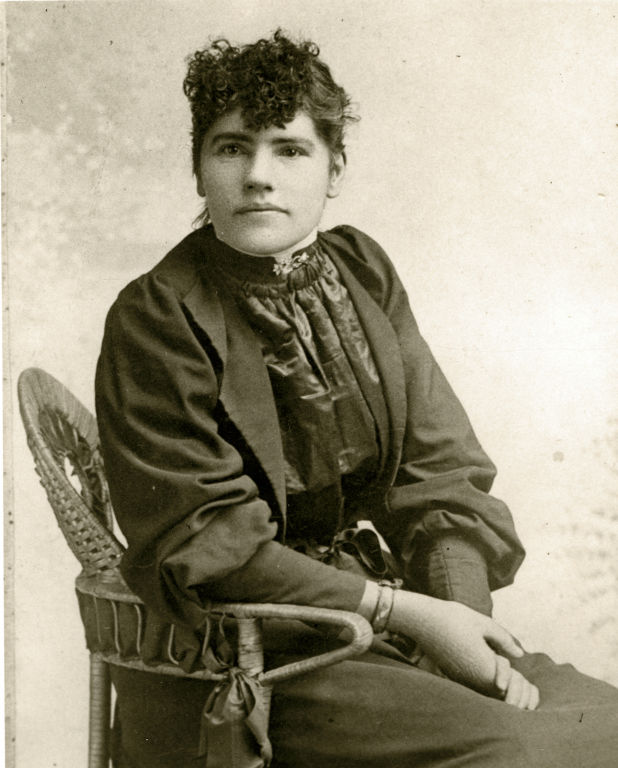 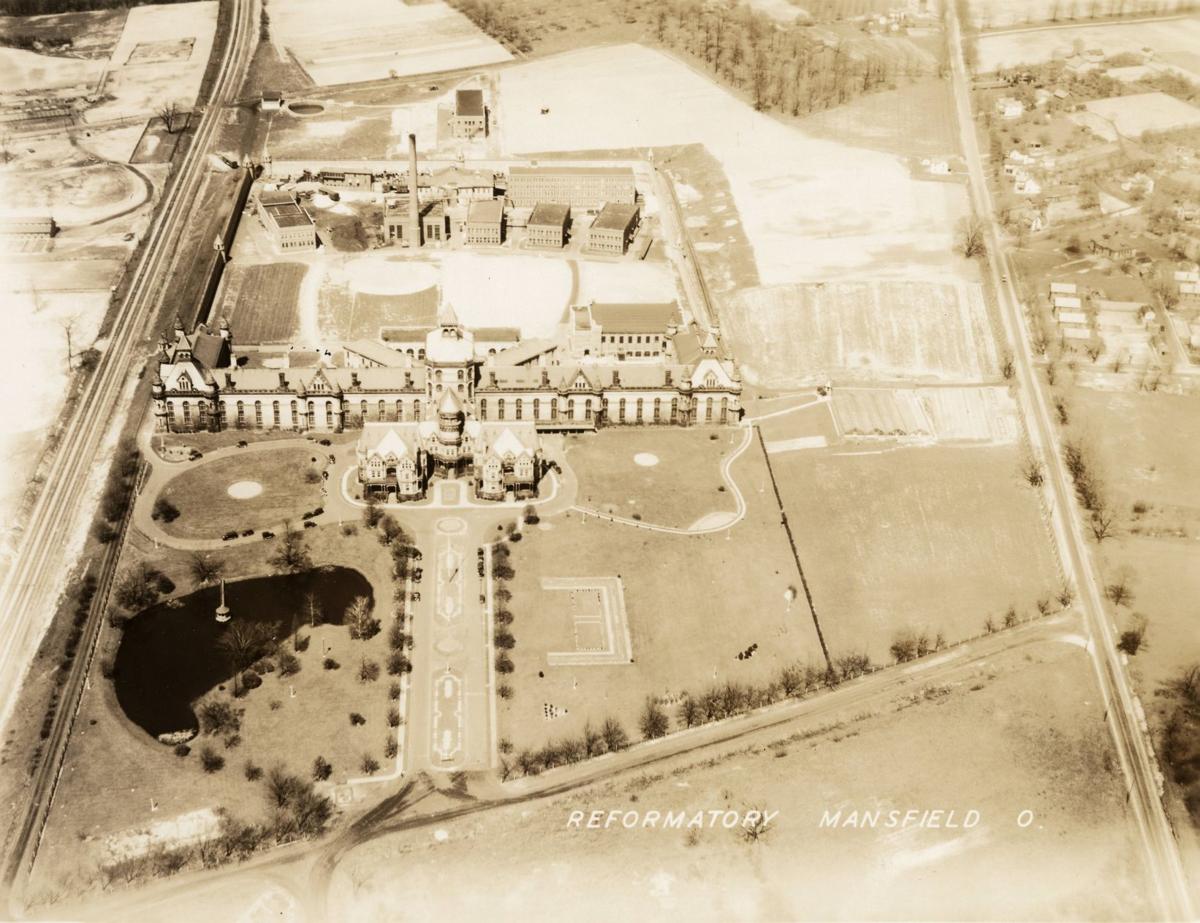 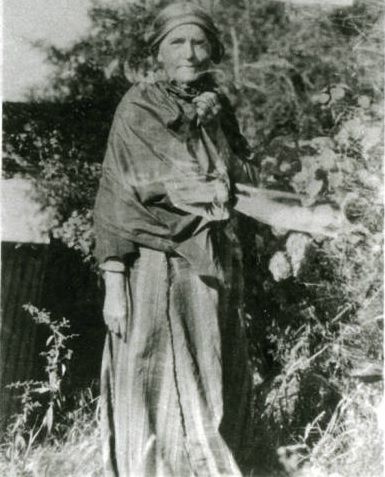 One of the many pleasures unearthed while reading Stephen Heyman’s excellent new biography of Ohio author and agricultural pioneer Louis Bromfield (The Planter of Modern Life: Louis Bromfield and the Seeds of a Food Revolution), was for me the “discovery” of Mansfield resident Phoebe Wise.

A distant relation, Bromfield first met Wise in the early 1900s. He was only a boy at time, but the two saw each other as kindred spirits, each one feeling that they shared a connection to the natural world. Bromfield was captivated by Wise and the impression she made upon him was reflected often in his writing and lasted his whole life.

Her relation to and influence on Bromfield aside, Phoebe Wise was a fascinating, compelling and complex woman in her own right. Described as “picturesque” by the local newspaper and known for her hermit-like lifestyle and independent ways, Wise was definitely living outside the norm for her times. But she was no mere recluse - she was well-known and even liked in Mansfield – but her “outsider” status did lead to two notorious and violent events that threatened her cultivated life of solitude with unwanted attention and fame.

According to a 1968 article in the Mansfield News Journal, Phoebe was the youngest of 10 children born to Christian and Julia Wise, who came to Richland County in 1833. Her father was a civil engineer and prominent educator, her mother a schoolteacher. The family eventually settled on a large farm outside of Mansfield that included land that would one day be the site of the Ohio State Reformatory.

Little else is known about Wise when she was younger. Raised by two teachers, we know she was well-educated; she is said to have taught at a local schoolhouse when she was just 14 years old. She was also an accomplished piano player well-versed in classical music.

We know that Wise never married and in fact, wanted little or nothing to do with men, or with most people in general. In The Planter of Modern Life, Heyman recounts a quote Wise gave a newspaper: “I don’t like men … they’re not truthful … I don’t look to humans for my happiness; people are too treacherous.”

She preferred animals to people and nature over the town.

Some of the locals and Phoebe herself believed that she was “touched” – “teched” in the rural idiom of the day – meaning that she had a connection to the natural world beyond the reach of the average person. She felt deeply in tune with the natural world, leading her to live outside of society, away from people and surrounded by animals and nature.

By the early 1900s, Phoebe and two of her siblings were all that remained of the Wise family. She had long settled into her chosen life of solitude, with a growing menagerie of animals, both tame and feral, to keep her company. She was content to live hermit-like in her house located on a plot of Wise family land, surrounded by the gardens that she let grow wild.

She was already a local sensation by 1900, having survived not only a vicious break-in and attempted burglary but an obsessive stalker as well.

In December of 1891, three armed men broke into her isolated house in search of the “family treasure” rumored to be hidden there. They tied her to a chair, and when Wise told them truthfully that there was no treasure, one of the men then brutally burned her feet with a torch, trying to torture the secret out of her. They ransacked her house, but found nothing beyond some jewelry. In one of those odd touches that sounds more fiction than fact, the attackers then politely asked if they could help themselves to the fresh-baked pie in the kitchen. Finally, they fled the scene, leaving her tied to the chair. Wise freed herself and contacted the police. She recovered from her injuries, although she was left with a limp for the rest of her life.

The story was covered in newspapers far and wide, and she received fan mail, marriage proposals and unwanted (and as she soon proved, unneeded) offers of manly protection.

One of her new admirers was a young man named Jacob Kastanowitz who became dangerously infatuated with Phoebe. His pursuit of her was relentless; not even arrest and a stay in an asylum cooled his obsession. It all came to a head on the night of May 22, 1898. According to newspaper accounts, Kastanowitz showed up at her house, attempted to “break through a window” and hysterically demanded “Marry me or shoot me!” Wise obliged his request, firing a single rifle shot through the window in his direction. She found his body the next morning.

The newspapers naturally had a field day with the latest tale of Phoebe Wise, describing the events with the florid prose typical of the times underneath screaming headlines:

Phebe (sic) Wise Rids Herself of an Intolerable Nuisance

PESTERED HER WITH MARRIAGE OFFERS

Phebe Warned Him but He Continued

PRISONS AND ASYLUMS HAD NO TERROR FOR HIM

A public inquest was held, at which Wise declared simply “I’m not guilty” and refused to answer further questions. The crowd, made up of mostly women, erupted into cheers when the prosecutor declared a case of “justifiable homicide” and declined to press charges against Phoebe. The city of Mansfield was on the side of their now famous hermit.

In her later years, the headline-making stories behind her, Phoebe lived on her own terms again, albeit as a local celebrity. Frequently sought after for comment on topics of the day, Wise was imminently quotable and could be counted on for a smart quip. As an example, Heyman quotes this from a 1914 interview that she gave on women’s suffrage:

“Would I vote if I was given a chance? Well now, you just watch me once and see! I haven’t spent the past 25 years of my life wrestling with crooked politicians and scheming lawyers without seeing the urgent need of a few good, clean-minded women in the field of public affairs.”

As Wise grew older, she made less frequent trips into town, but she would still occasionally ride the streetcar into Mansfield. She appeared in public dressed in her own imitable fashion that at first glance, made her appear to be somewhat mad.

“…an old Victorian era gown with ruffles and trounces, a bit of a bustle bumped out on her backside, and a train that dragged in the dust. Her hands had long lacy gloves with a knot of sparkling glass jewels on her knuckles. On top of her head was a wide-brimmed low hat that she always decorated with fresh flowers cut from her garden, and streamers of silk ribbons.”

Heyman writes that Phoebe was dressed in such a fashion when Louis Bromfield last visited with her in 1917, when she was in her 70s. Describing her yellow taffeta dress and how it trailed behind her, collecting dust and leaves, Bromfield noted that she carried herself with dignity, “even majesty.” The people of Mansfield felt the same way. McKee wrote “They all knew her story, they all held her as family, and quietly respected her dignity.”

Phoebe Wise died at her home early in the morning of March 13, 1933. The lengthy obituary that ran in the Mansfield News that day reflected the respect as well as the fascination the town felt toward Wise: respect for the person she was and fascination with the sensational exploits that brought her unwanted fame.

In it, a sober recounting of the Wise family history followed a breathless retelling of the Kastanowitz story that reads as more fiction than fact. It might be a cliché to refer to her as a “local legend” but if anyone from Mansfield ever fit the bill, it was Phoebe Wise.

Embellishments and false tales (one publication claims Wise was murdered by assailants and her ghost condemned forever to haunt Reformatory Road!) have mixed with the facts of Phoebe Wise’s life over the years, which makes it difficult perhaps to separate fact from fiction.

Her serving as the inspiration for one of Louis Bromfield’s fictional characters no doubt confuses things even more. And maybe it’s enough that she lives on in Mansfield and Ohio history as an eccentric hermit who inspired Louis Bromfield, a “local legend” who lived through two harrowing headline-making events.

But if we care to peel back the thin veneer of myth and gaze back through the blurred haze of history, we can see that Phoebe Wise was a woman who followed her own unique path through history. She existed outside the norms of the times and her community.

One could argue that she was a proto-feminist, a pioneer as much as any Ohioan who went off the map and charted a new course, blazed a fresh trail. She may not be remembered as such, but perhaps Phoebe Wise should be.

Interested in learning more? Here are a few of the resources used to write this blog post:

The Planter of Modern Life