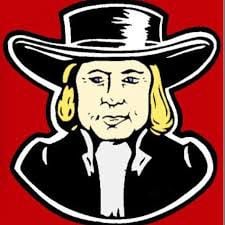 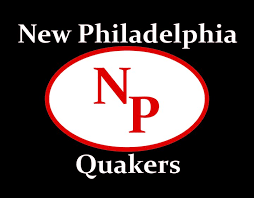 On Monday night the OCC welcomed its newest affiliate when the New Philadelphia City Schools Board of Education formally accepted an invitation to join the league beginning with the 2022-23 school year.

The OCC has been searching for an eighth member since Clear Fork left for the Mid-Ohio Athletic Conference in the fall of 2017. OCC commissioner Ron Dessecker said at the time the league wouldn’t rush to find a replacement.

“Right now it’s an open door,” Dessecker said then, “and we’re waiting to see who comes through.”

“New Philadelphia is a very good fit for a lot of reasons,” Dessecker said late last week. “They are right there with us in terms of enrollment and in terms of the sports they offer. They have beautiful facilities and academically, it’s a great fit.”

New Philadelphia is currently a member of the East Central Ohio League. The Quakers joined the ECOL in 1998 after spending almost a decade in the Federal League. Before that, New Philadelphia was a member of the now-defunct Cardinal Conference along with current OCC members Madison, Ashland and Wooster. The Cardinal Conference lasted from 1960 to 1987.

“For a guy like me, I am the only athletic director in the OCC that played in the Cardinal,” said Madison AD Doug Rickert, a 1987 Madison product. “I went to New Philly. I remember those old rivalries and I’m looking forward to reviving them.”

The addition of New Philadelphia means the OCC’s eight schools will be spread across six counties. The distance from New Philadelphia, the eastern-most school, to Lexington, the conference’s furthest point west, is about 70 miles.

“The only con is the travel time, but at the end of the day we will get used to making that trip,” Lexington athletic director Michael Grist said. “That was the one thing on paper that was a yellow flag.

“It falls on the ADs to be creative with the scheduling.”

Scheduling was one of the chief talking points as the OCC considered New Philadelphia for membership. All parties agreed to avoid long bus trips in the middle of the week, especially for middle-school teams.

“That’s not going to happen,” Dessecker said. “We’re not going to do that at the middle school level. Middle schools will compete against one another, but it won’t be mid-week.

“New Philadelphia may come as far as Ashland during the week, but games against Lexington, Mansfield, Madison and Mount Vernon will be played on the weekend.”

“We’re a Division I school in most sports and being located where we’re at, we travel. That’s just a fact of life for us,” Goings said. “We’re making long trips to Findlay and Toledo and Sylvania to find Division I competition.

"So to go east an hour to New Philadelphia is nothing for us. And if it helps us solidify the league, we’ll do it because our kids and our community is used to traveling anyway.”

“As a player, I never got on the bus and thought, ‘I’ve got to go all the way to New Philly.’ It never occurred to me,” Rickert said. “If middle school scheduling is our biggest concern, then the schools around here don’t have to schedule New Philly in middle school.

"We didn’t play New Philly and (former Cardinal Conference members) Dover and Coshocton when I was in middle school. We only played them in high school. There’s no reason why we can’t do the same thing now.

“Here’s the deal. We get on a bus and go to West Holmes and it takes us 55 minutes. This is going to take us an extra 20 minutes.”

Potential travel headaches notwithstanding, the addition of New Philadelphia solves the OCC’s biggest problem. Members of a seven-team conference were forced to find a fourth non-conference football opponent in the fall.

“It got to be so difficult with our football scheduling,” Dessecker said. “ From Week 4 to Week 10, somebody always had an open date.”

The conference ADs will still need to be creative when it comes to football scheduling. New Philadelphia will continue to play rival Dover in Week 10 each year. The New Philadelphia-Dover rivalry dates to 1896 and is the third oldest rivalry in Ohio. The teams will meet for the 117th time this fall.

“They will play Dover in Week 10 like they always do. They couldn’t give that up,” said Dessecker, a Dover High School graduate and former Dover football player. “I wasn’t going to fight that. Heck, I was raised in it.”

If New Philadelphia plays a non-conference game in Week 10, that means another OCC school will have to do the same thing.

“It’s something we’ve already addressed,” Ashland’s Goings said. “We will be able to work around it.”

New Philadelphia is the first addition to the OCC since Mount Vernon joined in 2016. Mount Vernon AD Justin Sanford was glad to welcome the newest member.

“Our top priority was finding some stability and finding a school that everybody could agree upon,” Sanford said. “Geographically, even if it didn’t satisfy everyone, we’re willing to bring them on for the sake of stability.

“Mount Vernon made it very clear we were willing to go along with whatever is best for the conference even if it put us on the outskirts.”

The addition of New Philadelphia will raise the conference’s profile, Rickert said.

“They are extremely competitive. They’re in the playoffs almost every year in football and they were still playing (boys) basketball when the coronavirus hit,” Rickert said. ““Our conference got a lot better bringing New Philadelphia in.”