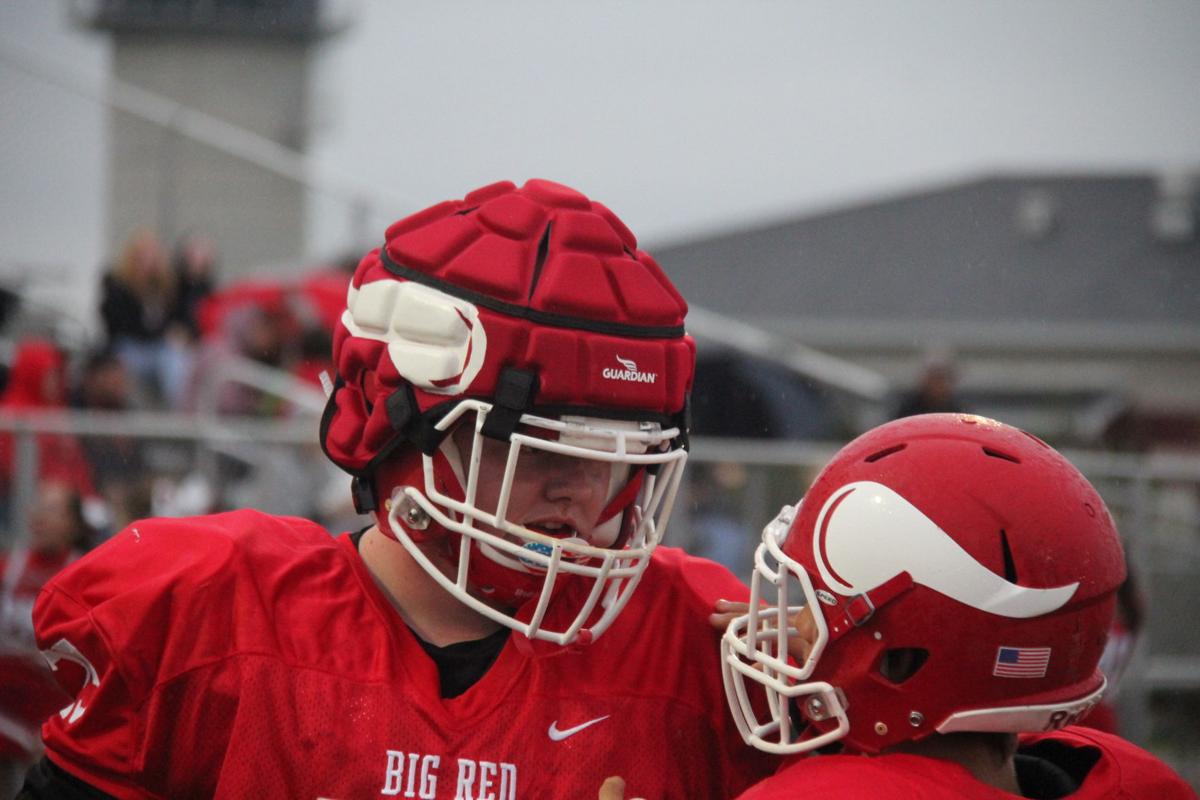 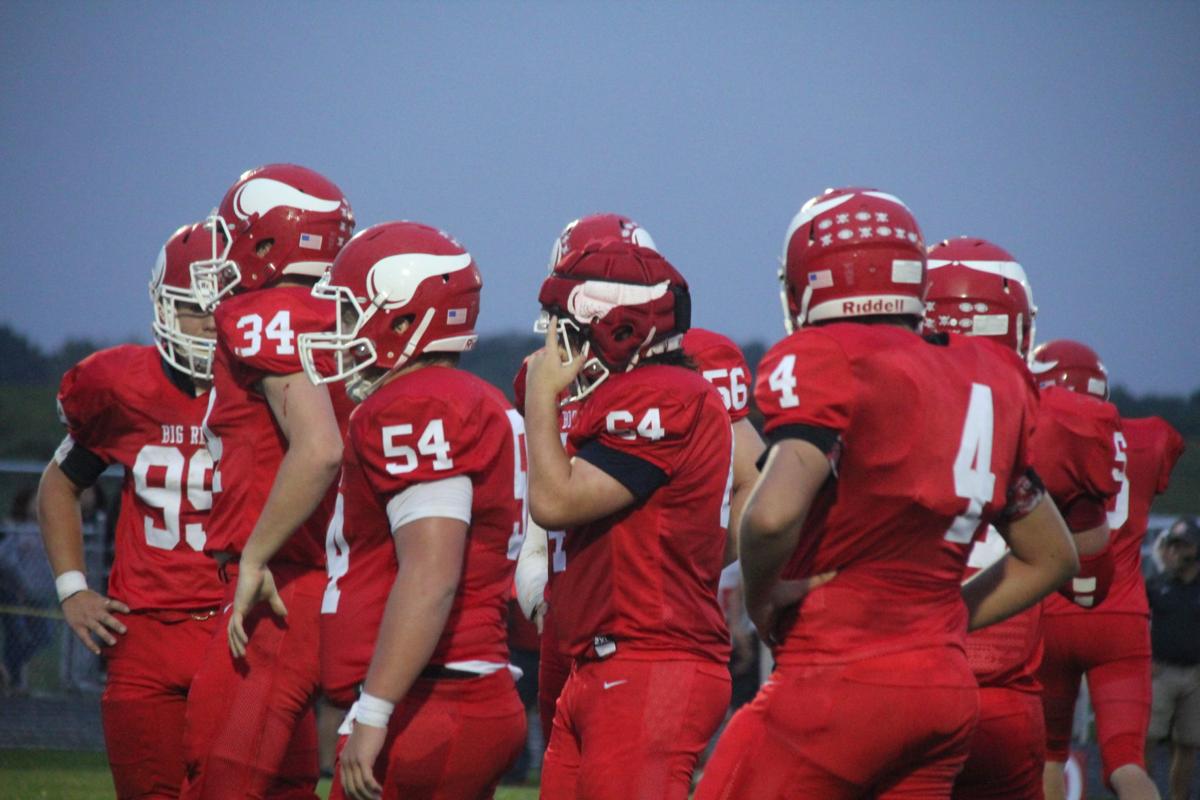 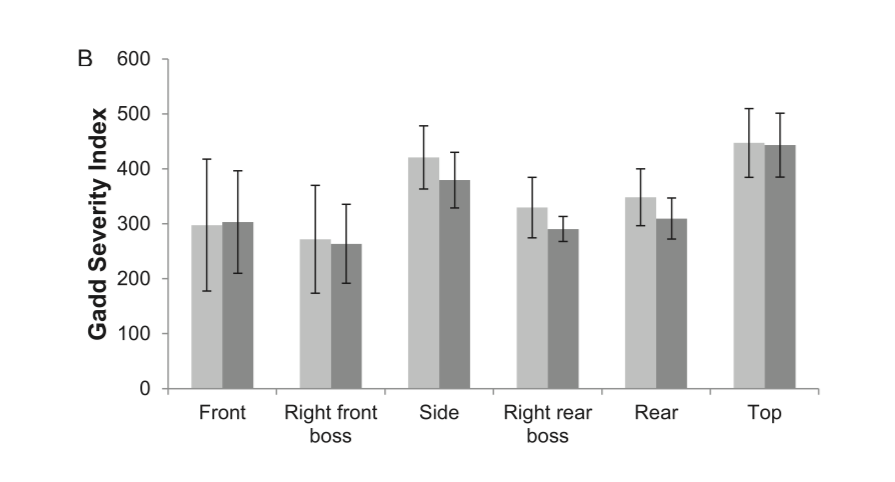 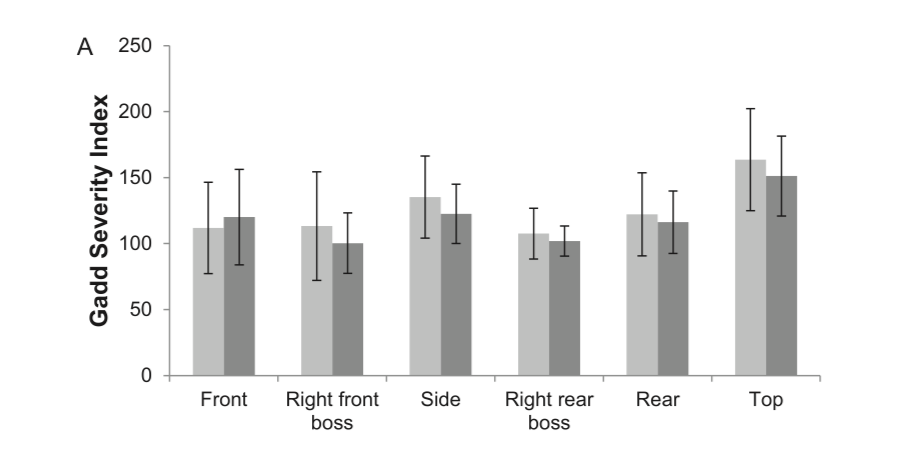 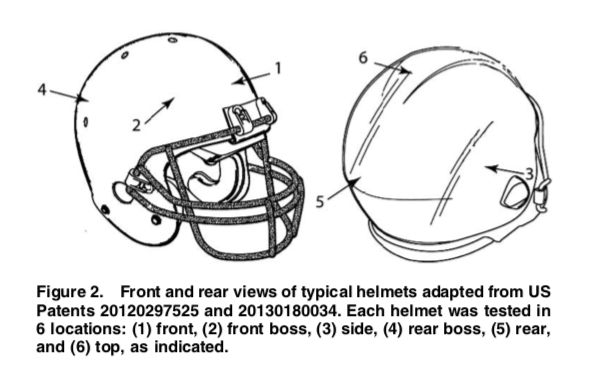 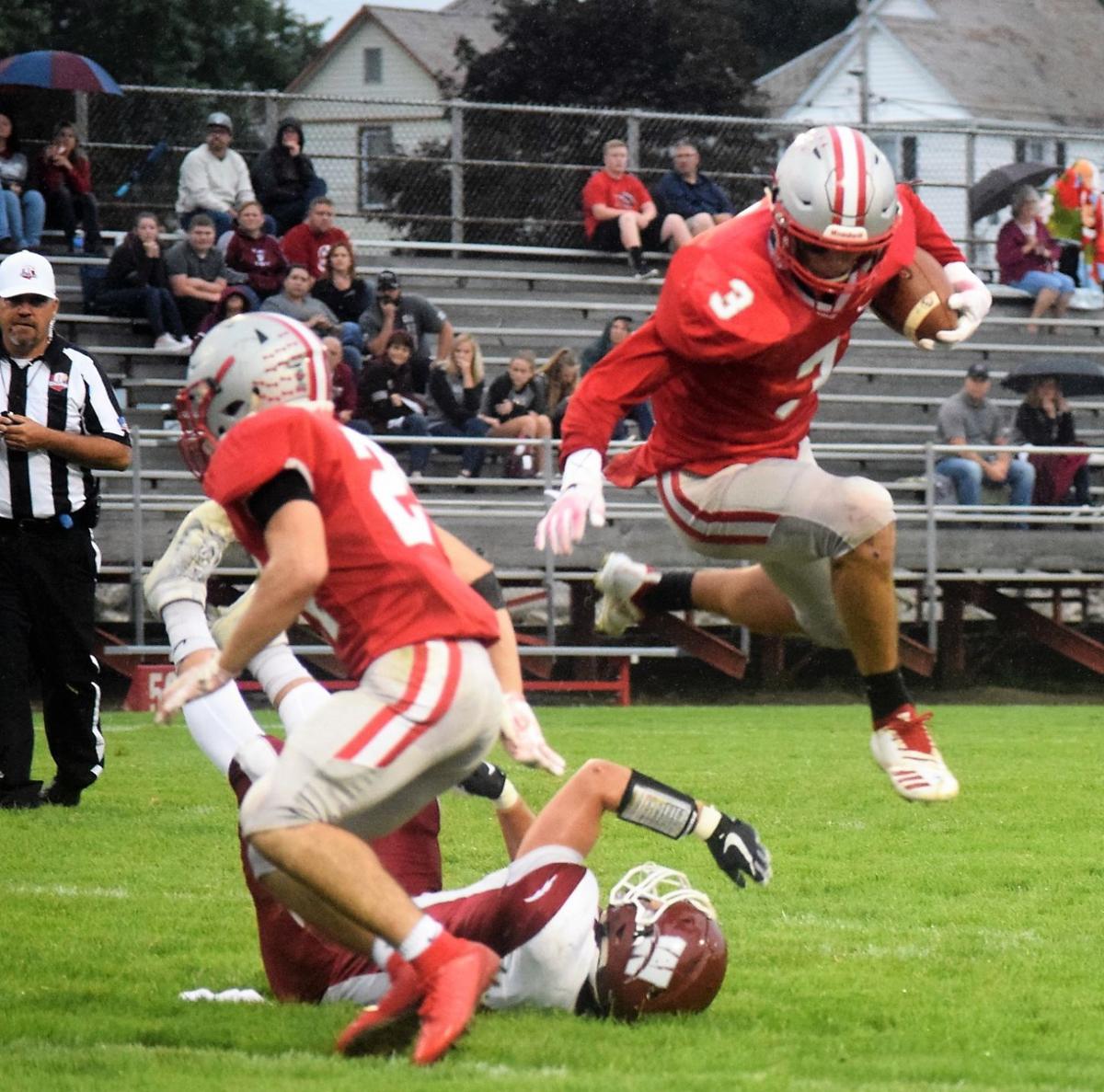 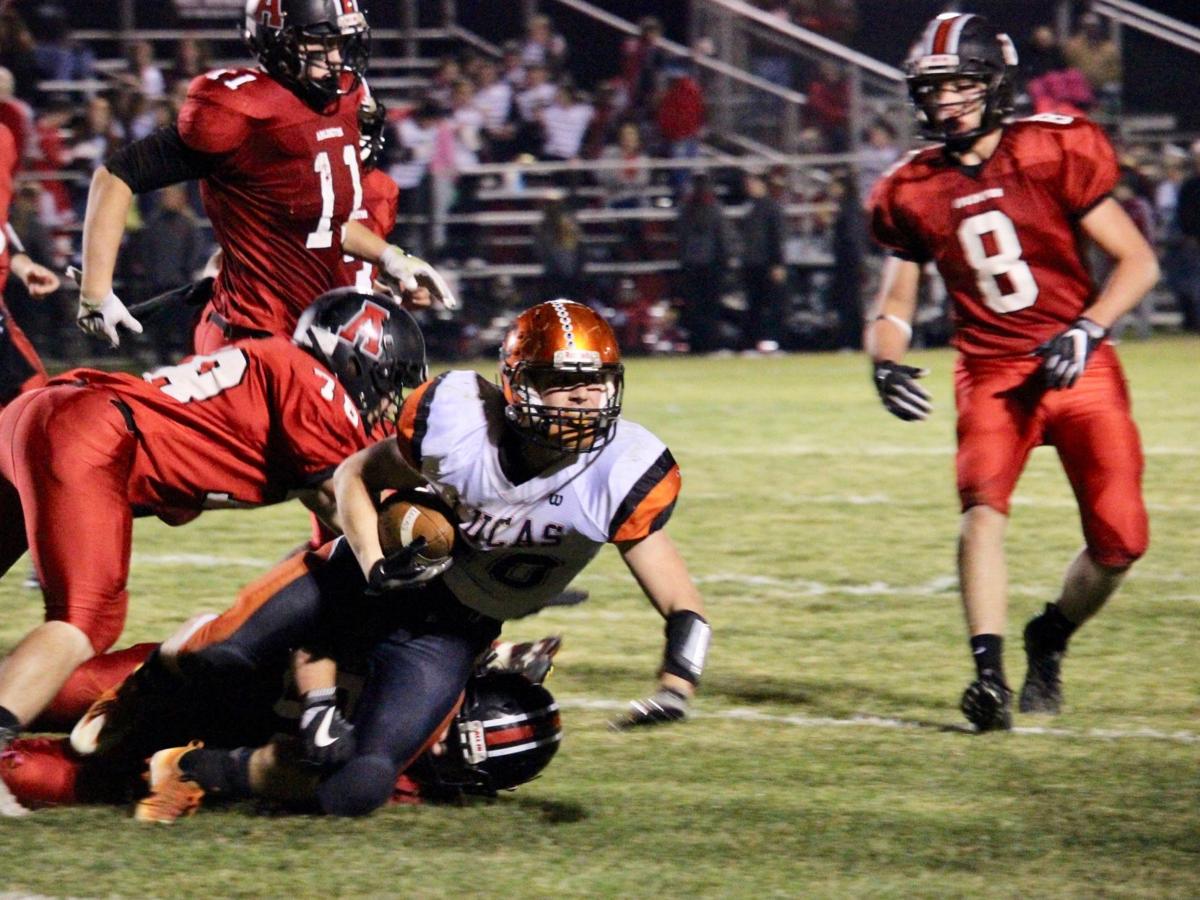 It only takes a play to change a football player's season.

Dylan Van Fleet absorbed just such a play in 2017, when he received his first concussion as a freshman.

A lineman for Plymouth, Van Fleet was struck by an opposing player who wore a hard cast on his right-hand.

"He was swinging his cast as a weapon and hit me really hard in the head. It messed me up pretty badly," Van Fleet said.

When he took the hit, Van Fleet said he didn't think much of it because of adrenaline. The next day, however, he struggled to walk.

"It was a traumatic injury," said Patty Salyer, Van Fleet's custodial grandmother. "He couldn't stand on one foot. He had no balance. I made him sleep downstairs because I didn't want him to fall down the stairs. He couldn't see in certain places.

"I was afraid it wouldn't get better. It was pretty severe and it lasted so long. He couldn't even understand what was happening on a TV show."

What happened to Van Fleet has become the focus of coaches, players, and fans who are concerned that head contact could lead to severe head injuries.

In a convenience sample of 202 deceased American football players from a brain donation program, chronic traumatic encephalopathy (CTE) was neuropathologically diagnosed in 177 samples across all levels of play (87 percent), including 110 of 111 former National Football League players (99 percent), according to a study conducted in July of 2017 by the Journal of the American Medical Association.

Convenience sampling is a non-probability sampling technique where subjects are selected because of their convenient accessibility and proximity to the researcher.

This study has been criticized because the brains were donated by family members concerned about their deceased loved one’s health. The findings may not be representative of all football players, according to Journalist's Resource.

Wagner added there is little evidence CTE is a usual outcome of a single concussion.

When a concussion goes undiagnosed and a player adds more head trauma by playing, it can create lasting damage to the brain, according to Dr. Geoffrey Eubank, OhioHealth medical chief of general neurology.

Trauma can occur when a head, even protected by a helmet, hits another object, player, or body part at a high speed, literally rattling the brain around in the skull, Eubank added.

"Anytime there is a direct blow to the head, (there could be a concussion)," he said. "Sometimes it's hard to know."

Erik Will, head coach of the Shelby Whippets, said having trainers and team doctors has helped take pressure of high school coaches.

"It helps take it out of the coach's hand," said Will, who was also a player on a Shelby playoff team 20 years ago. "If a kid gets looked at and our trainer comes to me and says, 'He's out for this quarter, we'll look at him again at the half,' it's out of my hands. I can't say, 'toughen up, we need you.'

"If that's where we're at, it's certainly for the better."

Van Fleet's injury was noticed. He missed 40 days of football -- and worse, 40 days of school.

"He had to miss school because he had to rest his brain," Salyer said. "The doctors said, to let his brain heal, he couldn't stress it by learning new things."

NEW TOOLS: Some schools in Richland County are choosing to use extra equipment to reduce head trauma during practice.

Plymouth coach Mark Genders brought the Guardian Cap to his team in the 2016-2017 season. The Guardian Cap is a soft shell helmet cover engineered for impact reduction. It brings a padded, soft-shell layer to the outside of the hard-shell football helmet, reducing  impact by up to 33 percent, according to the company's website.

"Literature always comes out (about reducing head trauma)," Genders said. "This is one of the more cost-effective and protective ways to protect my kids (on the football field)."

Genders said the Ohio High School Athletic Association has done well in changing rules to get helmet-to-helmet tackles out of the game.

"Rules have changed well," Genders said. "They've helped in terms of reducing that; you don't see many concussions during the games now."

"When I first started (playing football,) it was put your head in front, so if you don't knock 'em down you they have to run through your head," Lucas' all-time rushing leader said. "Now it's head behind. They're trying to take the head completely out of it. A lot of it now is getting close enough to step on their toes and wrapping up and then running (ball carriers down) with your feet."

But those types of tackles are not the sole provider of concussions throughout the football season. Genders said most concussion scares come during preseason practices.

Shelby linebacker Uriah Schewemly was a key member of last year's state semifinal team. He's a veteran of heavy contact. But even he didn't know right away there was a problem after he made a tackle in a game earlier this season.

"The quarterback rolled out to the left and when I tackled him, my head hit the ground funny," Schewemly said. "I didn't think much about it. I had made a normal tackle."

A few plays later, the linebacker made another seemingly regular tackle.

"I can't play anymore," he remembers thinking to himself as we walked up to the trainer on the sidelines.

After asking a few questions, the trainer told Will his senior standout had a concussion. Schewemly missed one week of football, but is now cleared to take the field.

Coaches and players have to constantly be aware a concussion can happen at any time.

"When you have kids running, flying around without pads on during 7-on-7's or practices, accidents happen," Genders said. "Kids can slip and bang their heads on a knee or whatever."

Genders has his athletes wear the Guardian Caps during the preseason and practices. Those who have previously suffered concussions wear the caps during games, too.

"I do whatever I can to protect my kids," he said. "So when I saw the Guardian Caps being worn by the biggest programs in college football, I was sold on it."

If you're not about that life...then stay out of the drill. #PAWDrill #Clemson ⛽️🔥🔥🔥 pic.twitter.com/pHvvcPJmLH

Van Fleet recommends the Guardian Caps to all athletes who play football.

"Most definitely," he said, "It's helped me play football again. Without it, I'd be scared to play or something (head injury) would happen. It would be a very good tool to implement to reduce brain injury."

It was during the preseason 7-on-7 and games that the caps gained attention from another Richland County head coach.

"I saw Plymouth at a 7-on-7 and then I saw the Guardian Caps in a film exchange with another school," said Lucas coach Scott Spitler. "I read more information about them. Companies like that send us literature."

Intrigued, Spitler called Genders to find out more about how the helmet caps had helped his team. Eventually, he and the Lucas athletic director, Eric Teague went and presented information about the Guardian Caps to his athletic boosters.

NO MEDICAL LITERATURE: Wagner said no medical literature has been presented which indicates any clinically significant change in concussion injury due to helmet additions or pads. All literature is put out by the businesses who create the products.

"They came to the decision to make the purchase because it would make our athletes as safe as possible," Spitler said. "The boosters purchased enough caps for every athlete grade 7 through 12 so they could be issued with a helmet."

Wagner said some of his patients use the Guardian Cap to take the field again following concussions, but added there is not enough evidence to prove these helmets are able to function as well as the company indicates.

"There is data suggesting changes in force delivery and transmission from blows, but due to the complex nature of a concussion injury and the generation of such injury, thus far in the medical community, it is not believed that any device on the market has shown itself to change the severity of concussion injury," he said. "That being said, there is no evidence that these devices are detrimental either.

"I have had athletes with prior history of multiple concussions use this device and I think it is fine," The Avita-network doctor said. "But as with any recommendation, I am careful in the evaluation of what the evidence shows, and it is clear that the evidence does not currently support its use. Therefore it is somewhat of a buyer beware situation."

The Cubs, from middle school to varsity, began using the Guardian Caps in practices and preseason only this season.

"You know, a game is only two hours a week," the Lucas varsity coach said. "The rigors of practice, the preseason scrimmages, two-a-days in summer, and 7-on-7 games -- this is where the caps are most helpful. We still use them leading up to game day.

"I'm happy with the result (so far), I like what I'm seeing. There's no such thing as a foolproof item, but I think this is doing exactly what it's supposed to -- dampen the impact of helmet-to-helmet hits."

Once Van Fleet was cleared to play again, he took the field, his grandmother said.

"I was terrified of this happening again, but football has been so good for him," Salyer said. "He loves it. He eats, sleeps, and plays football. I think it does a lot for him, not just physically, but mentally -- learning to work together as a team.

"When their coach (Genders) got a cushion for his helmet, it helped me feel better. I sit on pins and needles each game (in fear of another traumatic hit) but he receives a lot of good from the game."

Both Eubank and Wagner warned players using enhanced equipment to be cautious, not over confident.

"Otherwise it is a cost concern regarding spending money on something that is not actually making a difference," Wagner said. "Added to that is the fact that these devices void the warranty on most if not all helmets."

Wagner added perhaps the best way to change the number of concussions in a typical football season is by changing the culture.

"There is plenty of news and literature about teams playing successfully with rugby style tackling and other such attempts to minimize head-to-head contact, but this is still not universally accepted and in our area a minority of football programs are attempting to incorporate this into their player's habits.

"I commonly see athletes whose concussions could have been avoided by changing their manner of hitting/tackling or by modifying a drill to minimize the risk of head to head contact."