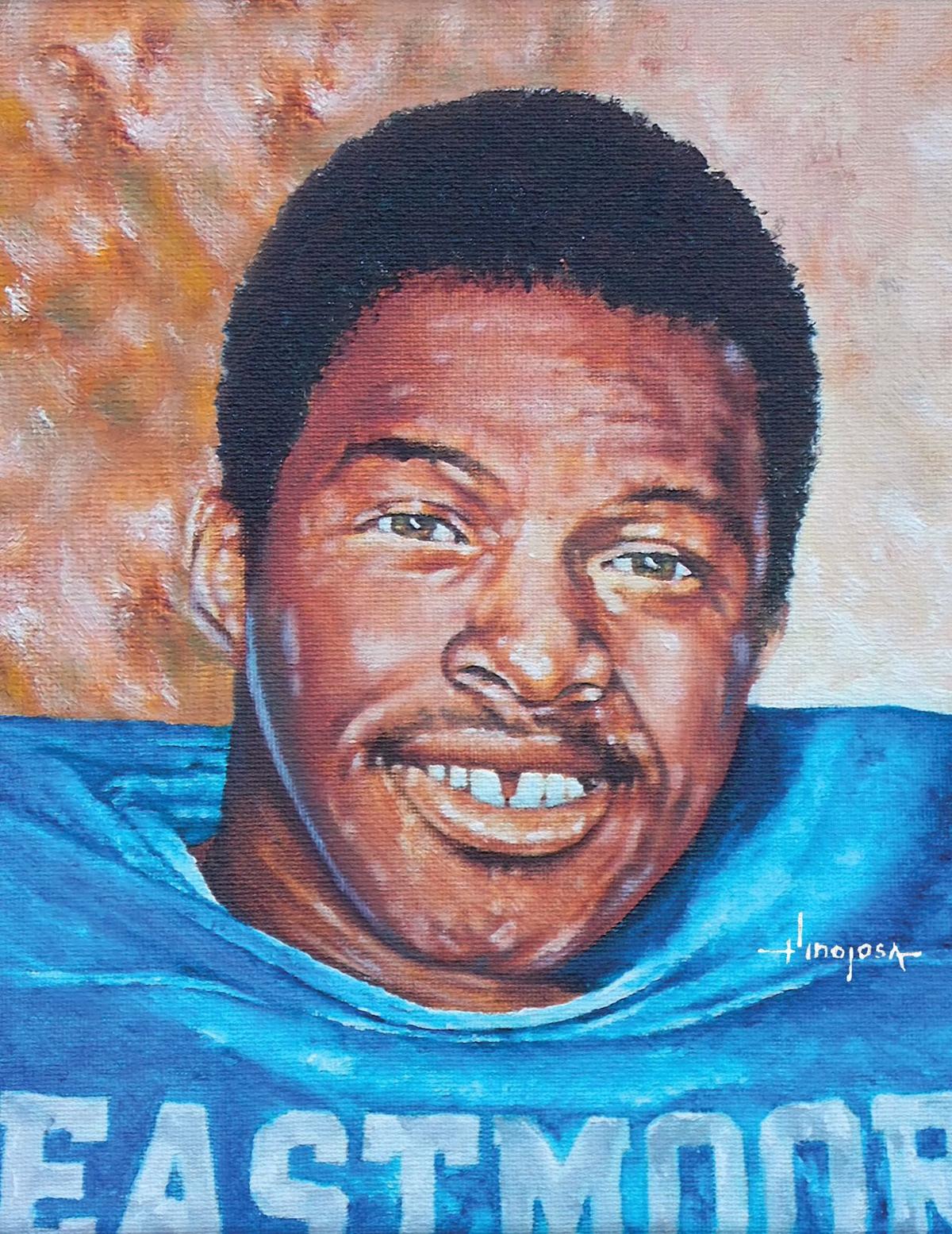 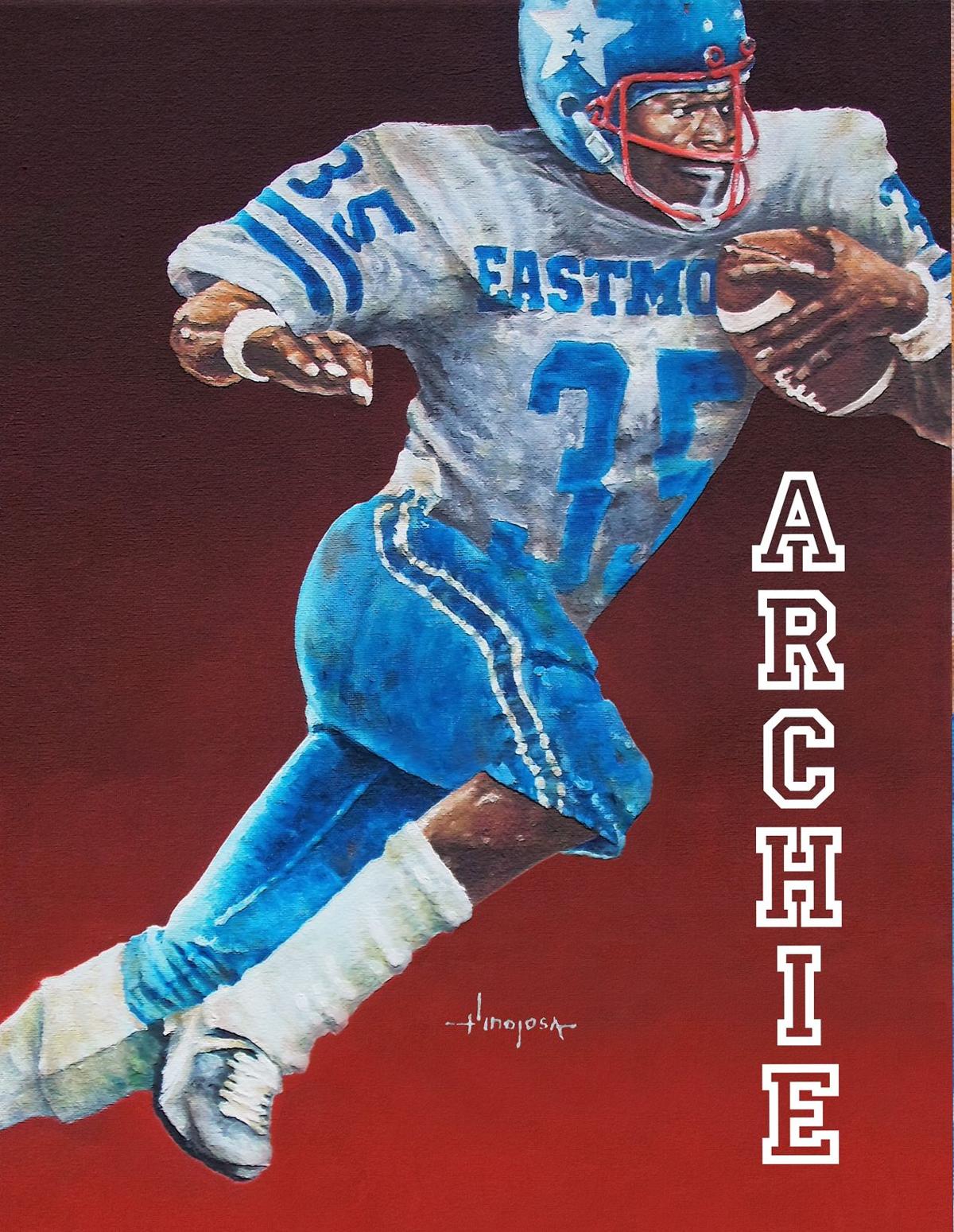 Archie Griffin was an All-American at Eastmoor High School before becoming the first two-time Heisman Trophy winner at Ohio State. He also played in the 1981 Super Bowl with the Cincinnati Bengals. He is featured prominently in Ohio's Autumn Legends, Volume I.

EDITOR'S NOTE: Today is Part 3 in a 12-part series on Ohio's historic football personalities. The series began on Aug. 5. It continued on Aug. 6.

Archie Griffin's story came in a small package, and arrived within eyesight of where his greatest glory would take place.

The future two-time Heisman Trophy winner was born on Aug. 21, 1954 at the Ohio State University Hospital. Just 18 years later he tread the turf at Ohio Stadium less than a half-mile away. After he graduated a quarter early from Ohio State in 1976, Griffin left campus with two Heisman Trophies, three All-American honors, four Big Ten championships, and the undying love of his legendary head coach.

"He's a better young man than he is a football player, and he's the best football player I've ever seen," Ohio State coach Woody Hayes said. "He's also the most popular player we've ever had, by far."

That statement could've been echoed by anyone in the state. Griffin was so beloved, one of the most popular bumper stickers in Ohio in the mid 1970s read simply, "Thank you, Mrs. Griffin."

The 5-foot-8, 185-pound package of determination was born into an athletic family. His father, James, was a standout athlete and boxer from the coal mines of West Virginia. The family of eight children included three older brothers that all played college football, Jim, Larry and Daryle, and his younger brother Ray was also an All-American safety at Ohio State who played in the NFL. Duncan also got a football scholarship to Ohio State and the youngest, Keith, played at Miami, Fla. Crystal was the only girl in the brood.

Archie attended Eastmoor High School and, like his older brothers, made the varsity as a sophomore. In just his second game, Griffin rocketed for a 75-yard touchdown dash and his prep career was set. Playing at fullback, his quickness and agility immediately disarmed tacklers, who struggled to wrap up his powerful thighs. Breaking tackles and accelerating through the hole were his chief traits.

As a junior he was third-team All-Ohio in Class AAA, averaging 7.1 yards per carry. As a senior, Griffin led Eastmoor to a 9-1 record, the Columbus City League title and a No. 9 ranking in the final state poll. He finished the 1971 season with 1,737 yards and 29 TDs to become Ohio's Player of the Year (by the Columbus Citizen Journal), a forerunner of Mr. Football.

"We used to sit and pray for him to get someone in a one-on-one situation, Archie would beat the guy every time," Eastmoor coach Bob Stuart said. "On top of all that, he had a ton of courage. That's something you can never measure in a person, but it stuck out all over on him."

Griffin visited Michigan, Northwestern, and pondered offers from Louisville and Navy. But in the end he signed with the Buckeyes. Hayes himself had to convince Griffin he had the ability to excel at Ohio State, and it didn't take long for Archie to learn it himself.

As a freshman in 1972, in just his second game, Griffin subbed in for starter Morris Bradshaw and erupted for a school-record 239 yards, including a 30-yard TD dash against North Carolina. He left the game to a standing ovation.

"It was one of the most incredible sights of my life," Griffin said. "Amazing how your life can change in a day, from sunup to sundown."

He never missed a game and the tailback position was his for the next four years, all of them ending in the Rose Bowl. As a freshman, he roared to the game-winning 30-yard TD dash in a 14-11 upset of undefeated, No. 3 Michigan.

As a sophomore, Griffin finished the season by ripping No. 4 Michigan for 163 yards and defending national champion USC for 147 more in a 42-21 Rose Bowl blowout. He finished 1973 with 1,577 yards (6.4 avg) and 7 TDs, earned Big Ten MVP honors, and was fifth in the Heisman Trophy voting. He may have won the award had teammates John Hicks (2nd) and Randy Gradishar (6th) not gobbled up their own votes.

In 1974, Griffin kept building on what would become 31 consecutive weeks of gaining 100 or more yards. The streak was something that captured the imagination of college football. Indeed, it was Griffin's Heisman moment for two years. As soon as he cracked the century barrier, Hayes yanked him -- frequently it came early in the third quarter to preserve the running back's health.

"Can you make sure you put something about my (offensive) line in there," Griffin famously asked a reporter after yet another interview. "I have no problem getting through the holes the line opens up. All I have to do is run."

That kind of honest humility served to further endear him to his fans.

As a senior, Ohio State rolled to an 11-0 record and again ranked No. 1 for most of the season. But a second straight Rose Bowl upset again cost the Buckeyes a national championship. Griffin finished with 1,450 yards and 4 TDs to overwhelm runner-up Chuck Muncie from Cal (1800 to 730 points).

Griffin was a first-round NFL draft pick by the Cincinnati Bengals, but was never a passing team's featured back. Still, his career was far from the bust some erroneously argue.

Griffin played pro football for eight years, twice as long as the average NFL running back. He gained 2,808 yards and averaged 4.1 yards per carry in his career. He also caught 192 passes for 1,607 yards as a pro, and played in the 1981 Super Bowl.

"What else can you say about Archie Griffin?" asked Ohio State's Eddie George, the 1995 Heisman Trophy. "He is Mr. Ohio State."