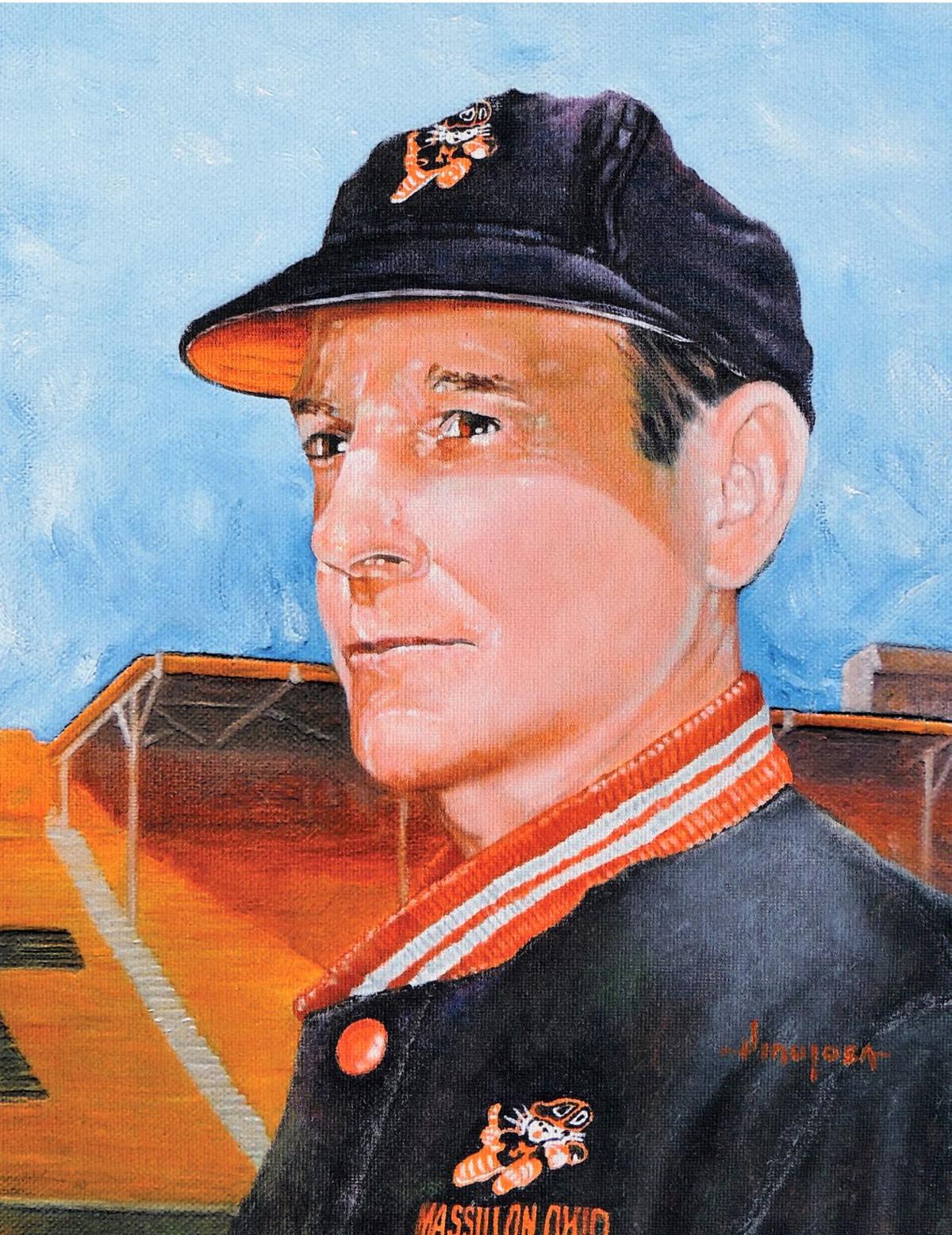 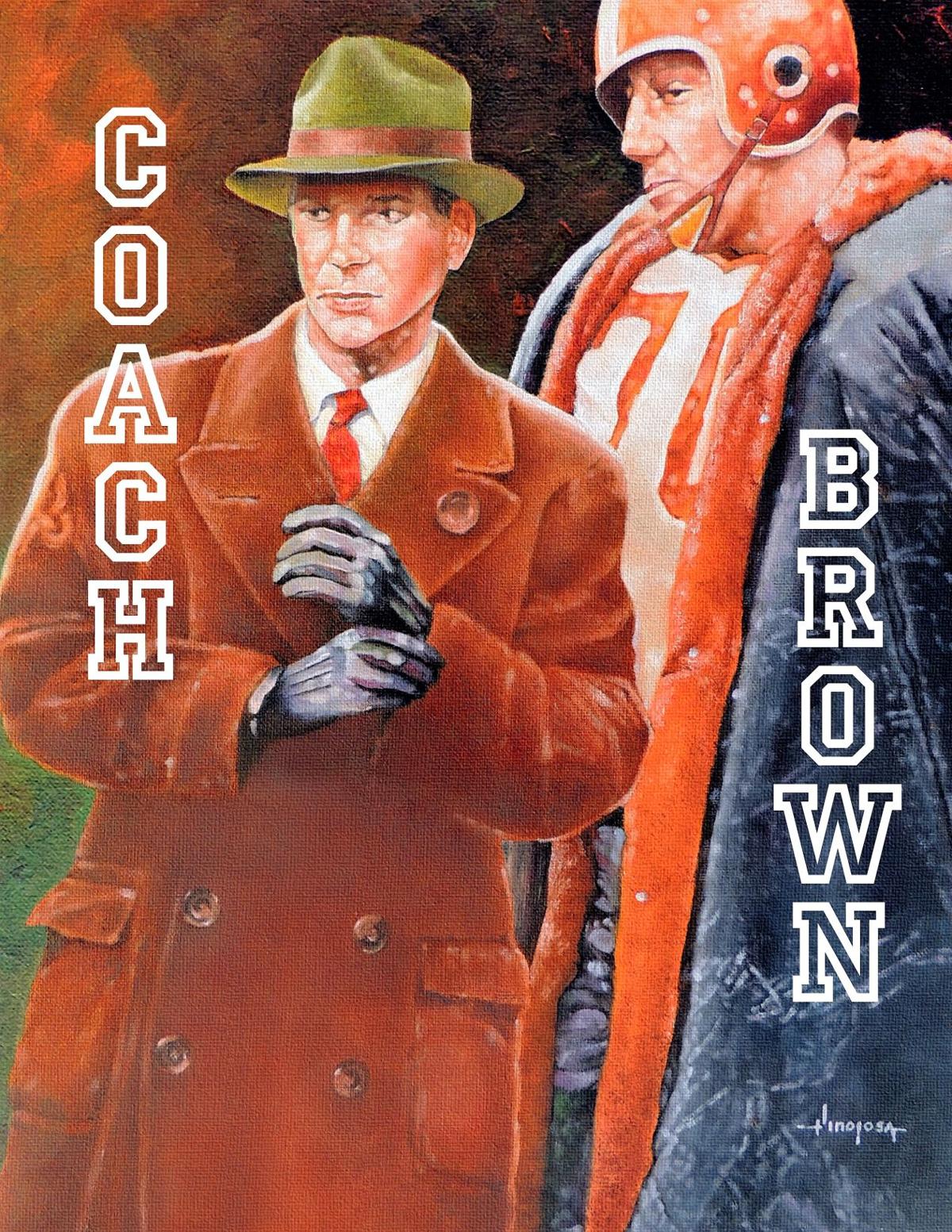 EDITOR'S NOTE: Today is Part 2 in a 12-part series on Ohio's historic football personalities. The series began on Aug. 5.

There are many debates surrounding Ohio football at every level, from greatest player, game or team, in high school college and pro. But there is no dispute whatsoever when it comes to the state's greatest coach.

His name is Paul Brown.

Not only was Brown the greatest winner, he earned national championships in high school at Massillon, college at Ohio State, and in the NFL. But the Massillon graduate also has the distinction of revolutionizing the sport from items including the high school halftime band show to running two professional franchises.

Multiple stadiums in the state are named for him, and his reach dotted a swath from Cleveland to Columbus to Cincinnati. Football becoming one's life work wasn't even on the radar when Brown came along. Then again, there had yet to be a Paul Brown come along in the sport.

Brown's first idol as a junior high boy in Massillon was the Tigers' quarterback, Harry Stuhldreher, a future member of Notre Dame's fabled Four Horseman. By the time Brown reached high school age, he desperately wanted to play. But his parents were not so sure their frail son could handle the punishment.

"Please take him, if for nothing more than a water boy," Paul's father Lester Brown begged the Massillon coaching staff. "He's driving us crazy."

Although Brown's high school career differs dramatically from the versions recounted in books about him, Massillon historians note he started one game as a junior and rotated in as a senior quarterback. At Ohio State he was deemed too small for the team and eventually transferred to Miami of Ohio, where he did become a starter at Oxford and made second-team All-Ohio Small College as a junior.

Although Brown qualified for a Rhodes Scholarship in 1930, he chose football instead. His first job as a coach and teacher took him to Severn Military Academy in Maryland. His first year as head coach in 1930 led to an undefeated season and a state championship, but it wasn't Ohio football, and Brown knew it.

In 1932, he returned to Massillon and a dynasty began. By 1935 his teams began a run of six straight state championships and claimed four mythical national crowns.

His 1940 outfit is considered perhaps the greatest in Ohio history. The International News Service named all 11 starters to its all-state team as it outscored its foes 477-6. The Tigers scrimmaged Kent State on April 15, 1940, and led 47-0 in the second half when the contest was stopped. That Kent State team went 8-1 the ensuing season.

It went something like this, according to author Jerome Brondfield:

"Here's your new coach, fellas, and you'll never find a better one anywhere, even though he is just a high school guy. Besides, if you take him on, we promise we'll send all our best kids to Ohio State."

That sealed the deal. Brown left Massillon after fashioning an 80-8-2 record, including a 33-game winning streak. He signed on with the Buckeyes, and led his first team to a 6-1-1 record, including a tie of favored Michigan in Ann Arbor. In 1942, Ohio State claimed the Big Ten title, beat Michigan and earned the national championship during an 8-1 campaign.

After the 1943 season went sideways with 4Fs dotting the roster, Brown enlisted in the Navy and coached a team at Great Lakes Naval Training Center. As he was mustered out of the service, Brown signed on for $25,000 to coach the fledgling Cleveland Browns of the All-American Football Conference, and won the league title each season of its existence.

In 1950, the Browns were invited to join the NFL and earned the first of their three championships that fall. Their first game of that inaugural NFL season was at defending champion Philadelphia where the Eagles were supposed to baptize the new team. Instead, the Browns buried the Eagles 35-10.

"All they do is pass and trap," whined Eagles' coach Greasy Neale. "They're like a basketball team the way they throw it around."

In the rematch, Cleveland didn't throw a single pass, and outmuscled the defending NFL champs 13-7 as Brown proved his outfit could win any way it pleased.

"It was a silly, grandstand play," Brown said years later.

His teams featured Hall of Famer players like Otto Graham, Marion Motley, Bill Willis, Lou Groza, Jim Brown and Dante Lavelli among many others. In 17 years the Browns compiled a 158-48-4 mark.

But Brown eventually fell out of favor with new owner Art Modell, and earned the boot in January, 1963. Later, in 1968, he became the coach, general manager, and eventually majority owner of the expansion Cincinnati Bengals. Building from ground zero, he still managed a 55-56 mark in eight years, including an 11-3 slate and playoff appearance in his final season on the sidelines in 1975.

During his tenure in the front office, the Bengals twice reached the Super Bowl. To this day the Brown family has controlling interest in the franchise.

That completed the journey for the Godfather of Ohio football. He traveled from one corner of the state to the other, and his shadow remains over the sport at every level.