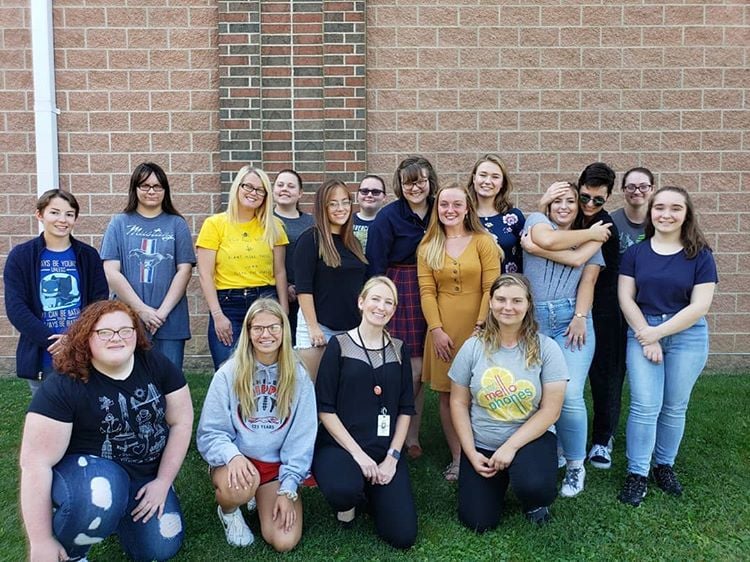 Members of Shelby GOLD pose for a photo. Shelby GOLD is a club at Shelby High School dedicated to empowering young women. 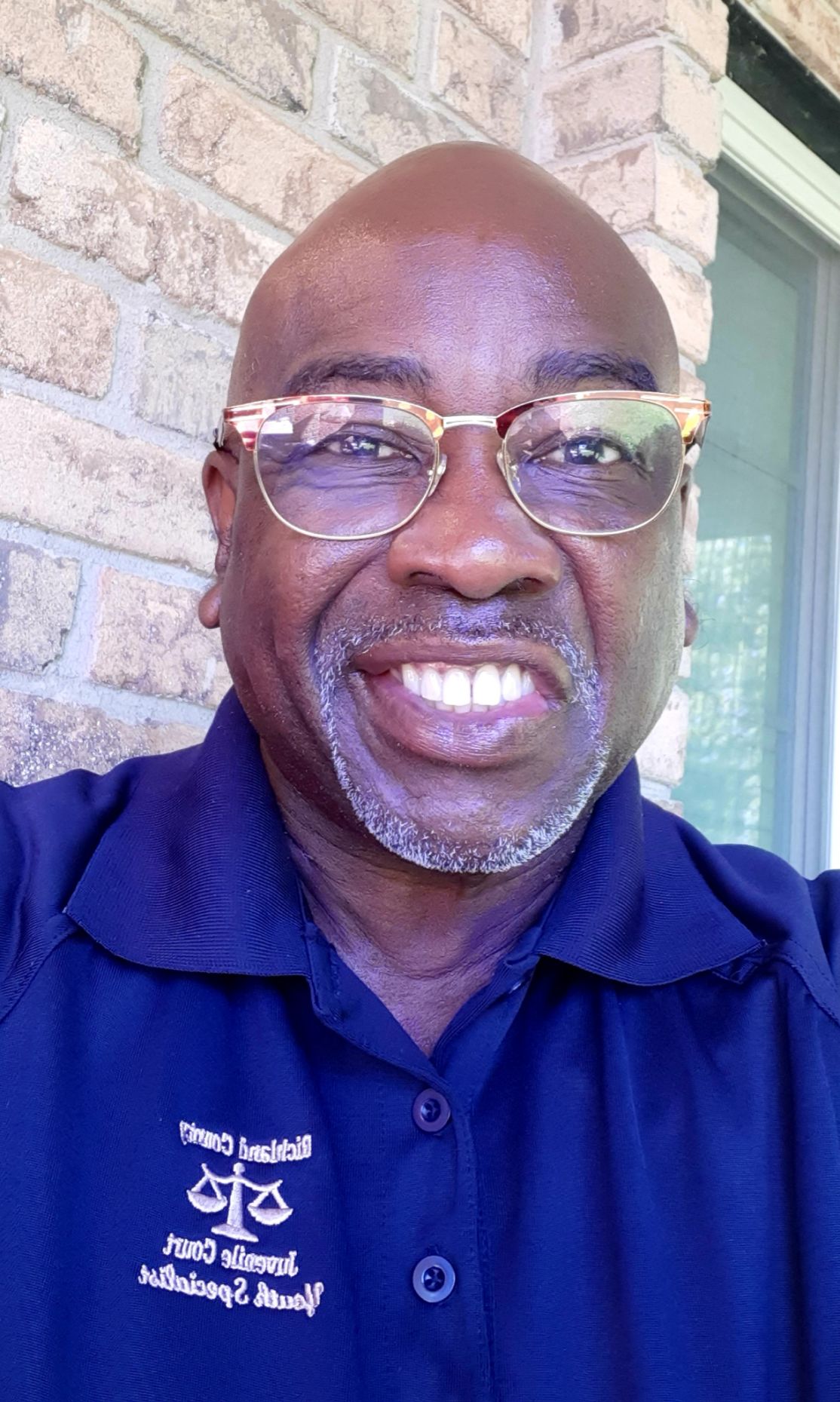 MANSFIELD -- Bruce Bond is no stranger to turmoil. He experienced racism as a boy in 1960s Tennessee. He’s seen the suffering of others as a longtime employee in the juvenile justice system.

But even amid the problems our nation is facing, Bond sees something else -- the hope and potential of the next generation.

As a youth specialist, Bond makes it his mission to educate and empower the teenage boys at the Richland County Juvenile Detention Center.

“I am a man with a past. I was incarcerated in my young life,” Bond said. “I know in order for young people to overcome what they’re faced with, you’re going to have to give them an opportunity. They cannot come back out within our community without having some skills.”

Nearly two years ago, Bond created a discussion group at the juvenile detention center. The group meets every day to talk about a theme related to character-building and leadership.

Every day, Bond writes a statement on a whiteboard and the young men discuss it. Bond said “the best of us take care of the rest of us” was one of his favorite sessions.

“We talked about how all human beings are responsible and accountable for one another,” he said. 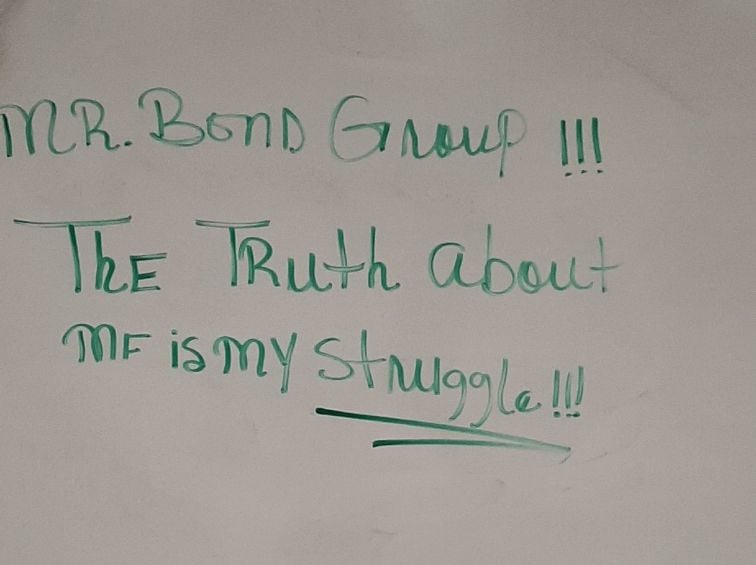 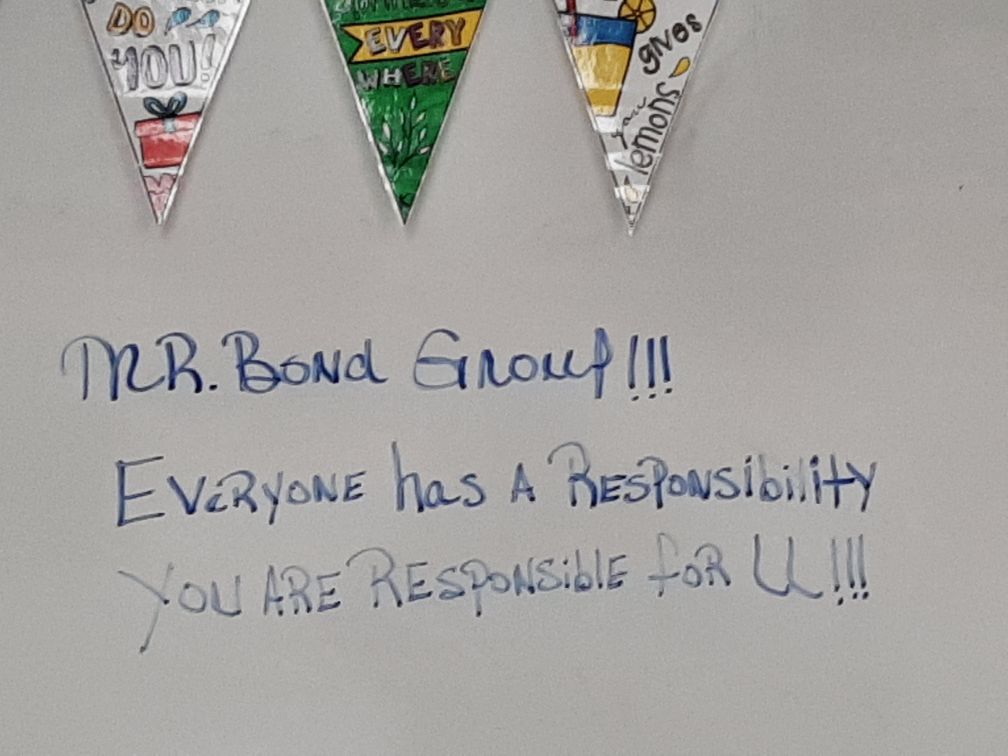 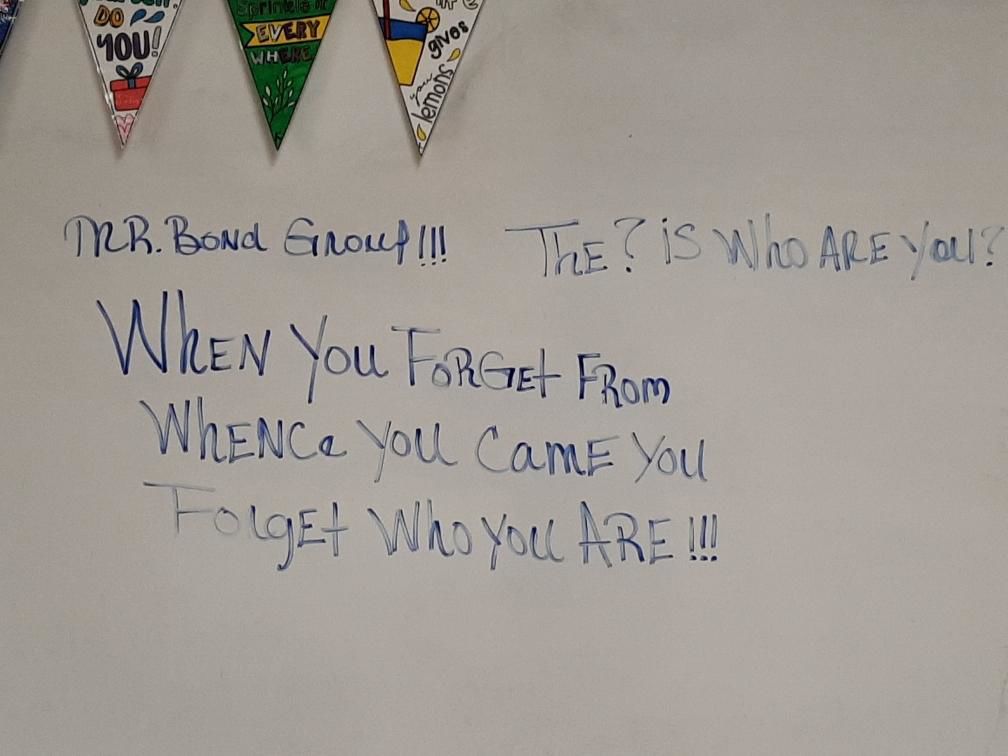 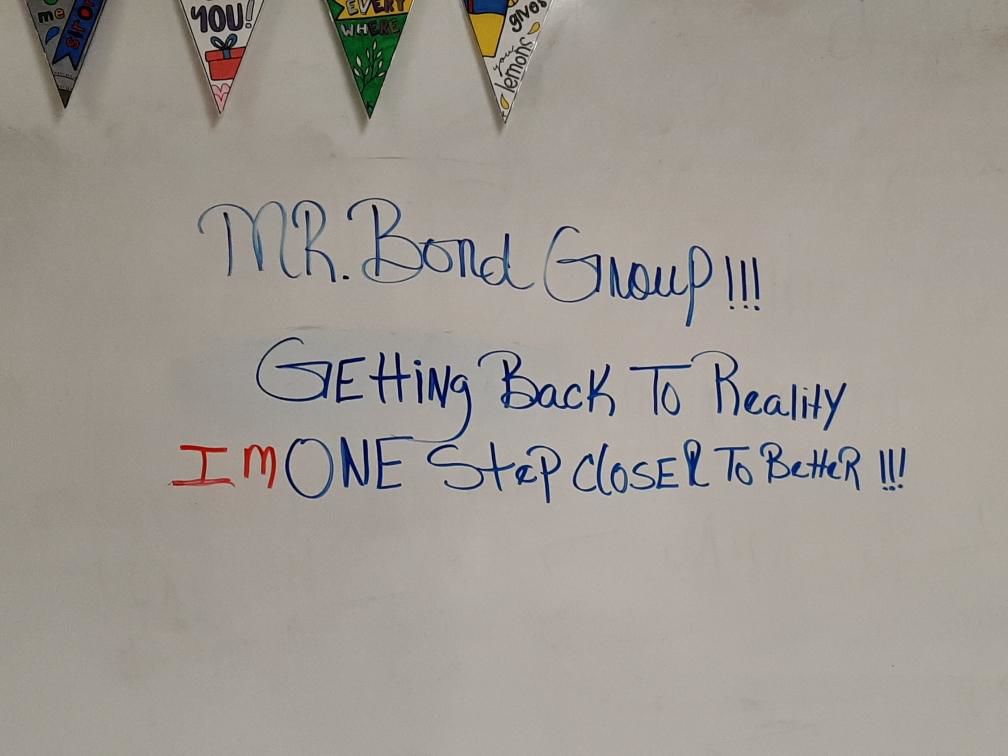 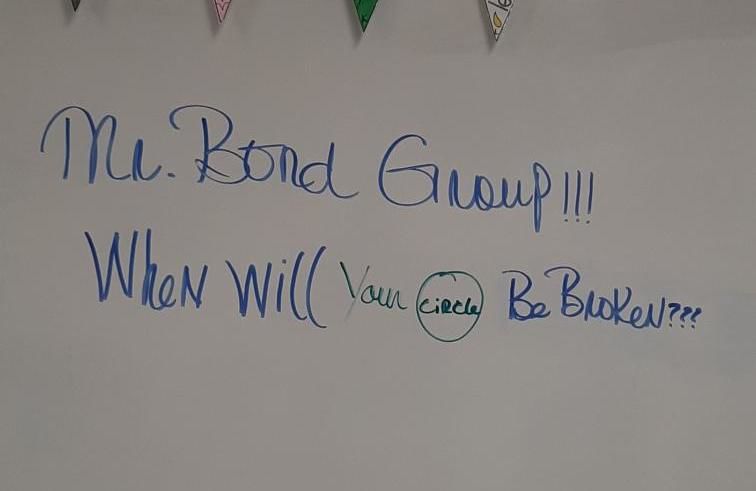 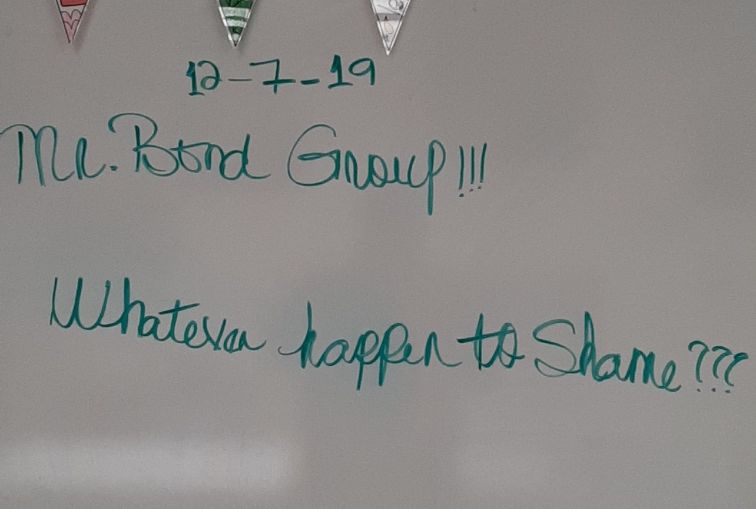 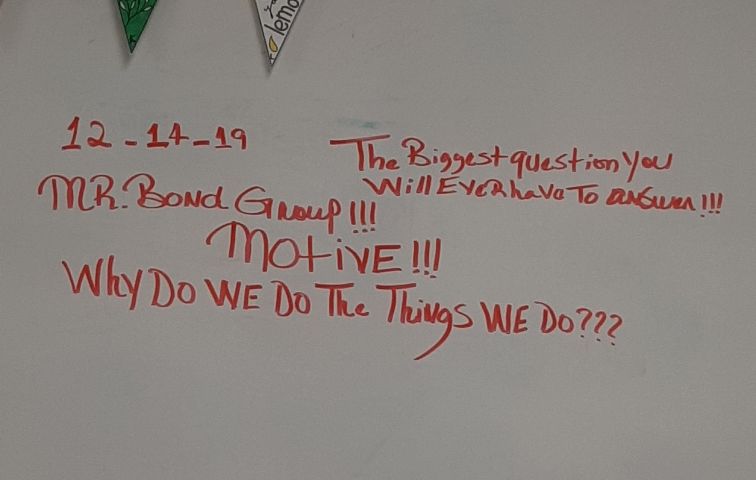 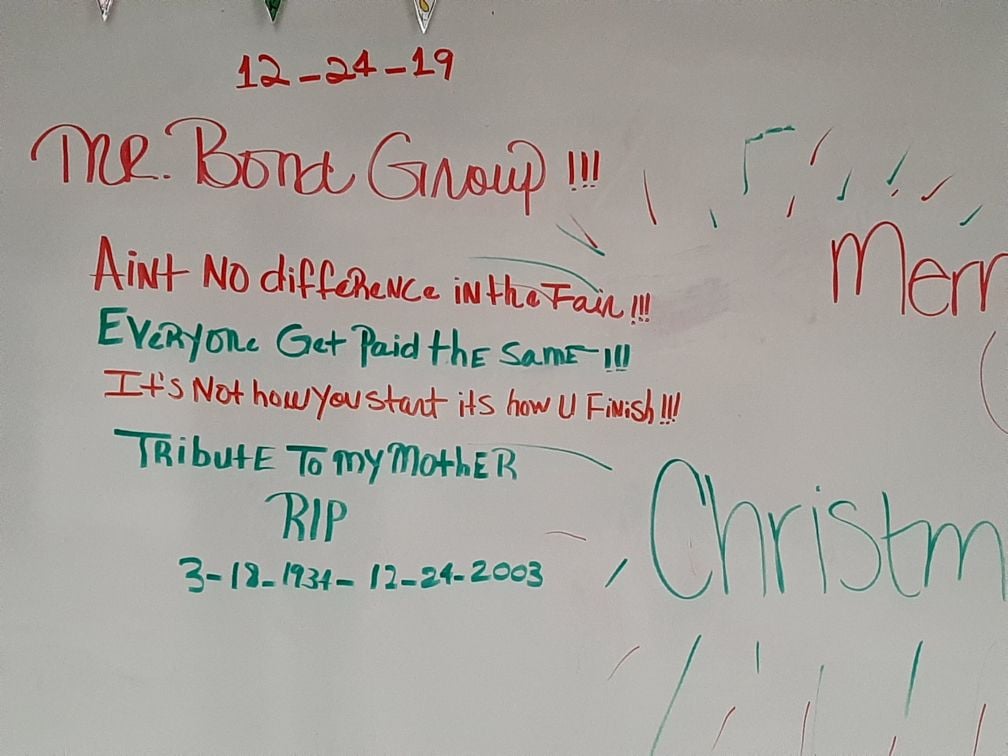 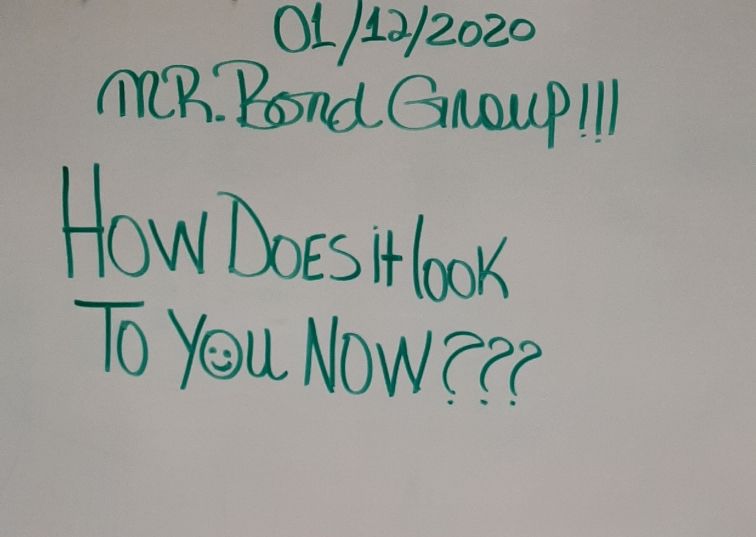 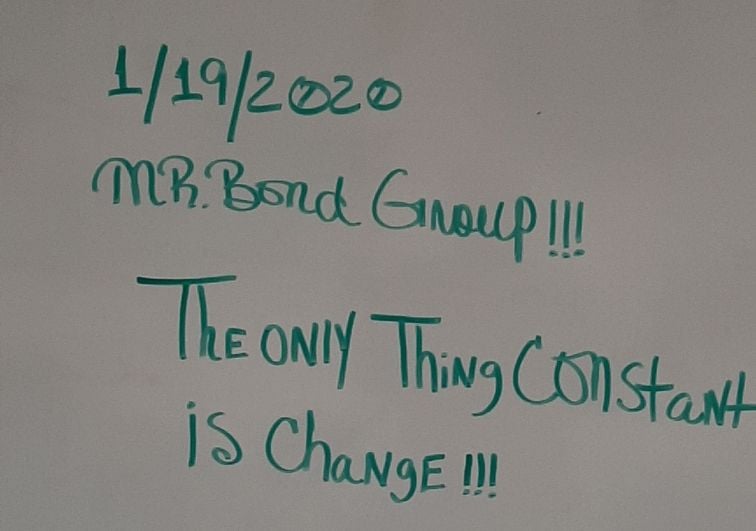 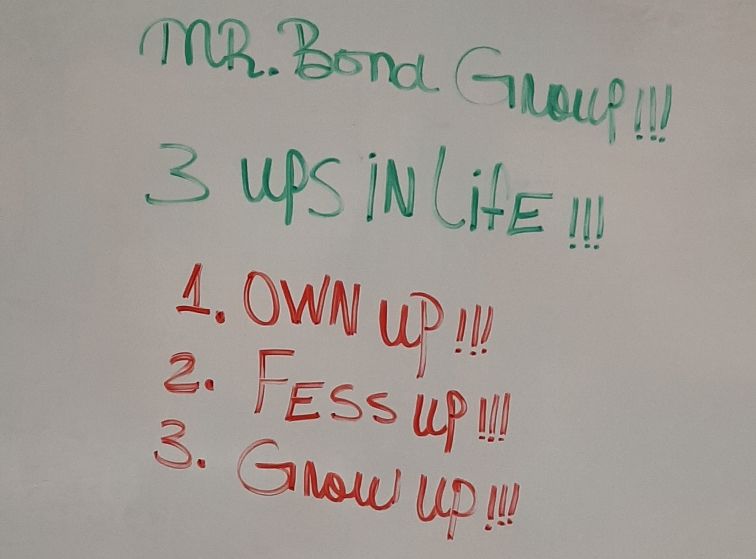 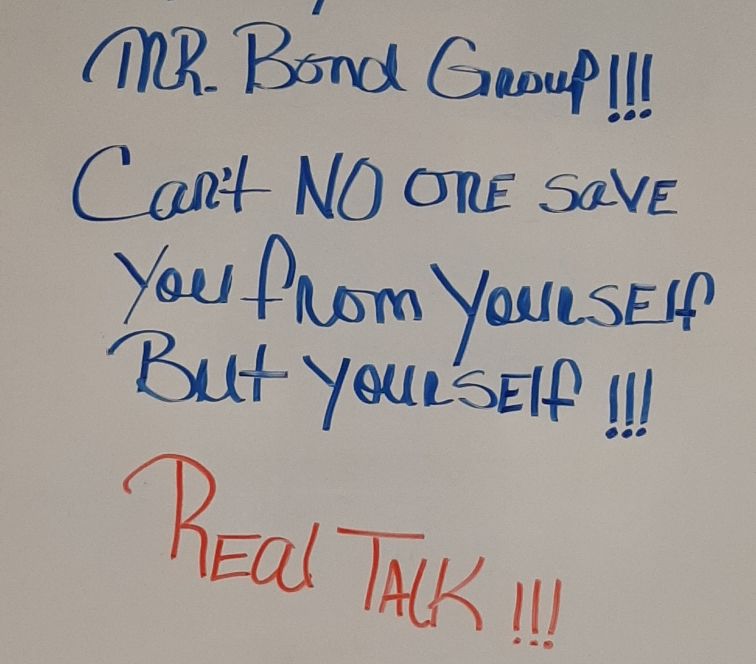 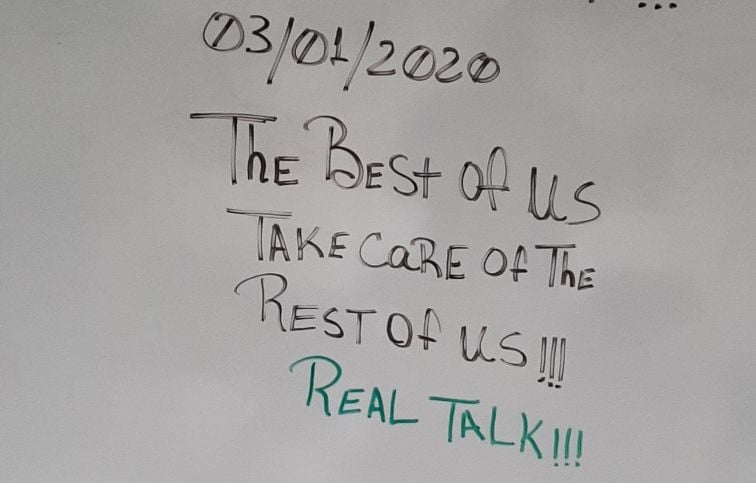 “(The group) teaches us about life and goals -- what we need to do to get through life in a positive way, instead of going down the same path,” Lucas said.

“(Bond) just taught me a lot about doing things the right way instead of the wrong way,” he added. “Going and paying your bills -- that makes you happy, instead of stealing money from somebody to pay it, or working for everything you got instead of stealing for it. Just simple things like that will make you happy and make you feel like you achieved something.”

Groups like Bond’s are most effective when young people feel comfortable sharing their own perspectives.

“(Bond) would say something and ask us our opinion or we would ask him a question and he would explain it to us. It was a friendly thing. It wasn’t him badgering us and telling us what to do, we had a chance to explain ourselves and how we felt as well,” Lucas recalled.

“In any other groups I’ve been in, I can’t really say what I feel like. It’s just listening to the group leader,” he added. “It was good knowing that my opinion was heard.”

Creating the right environment is key to having meaningful discussions, Bond says. It’s not about comfy chairs, nice lighting or hot coffee -- it’s about setting a tone of honesty and respect.

“Honesty is not the best principle, it’s the only principle,” Bond continued. “Be very transparent. Be very open. Be very respectful, cordial and courteous to other people’s ideas and perceptions. And most importantly, you always have to be willing to agree to disagree because some harsh words is going to be shared. We’re human.”

The teens in Bond’s group aren’t the only young people benefiting from discussion groups.

Jackie Duncan, an English teacher at Shelby High School, has also integrated dialogue into Shelby GOLD, a club she started five years ago with a mission of empowering female students.

Before COVID-19, the group met weekly during the school year for discussions, activities and community service.

Recent Shelby High School graduate and former GOLD president Ashley Harvey joined the group as a sophomore. She appreciated that members of the group could be honest -- even if they disagreed.

“If there were political events happening, we would allow for an open space where you could talk about either opinion and we discussed why or why not we believed in that,” she said. “It wasn’t necessarily a debate, but it was one of the only places I felt you could openly discuss something with someone else without it leading to anger or being shut down.”

Harvey said she often felt like an outsider in high school, but that wasn’t the case during GOLD meetings.

“It’s a place where I didn’t feel judged for being who I was,” said Harvey, who identifies as bisexual. “I was allowed to speak up and be who I was in that classroom.”

McKenna Finnegan also joined her sophomore year. She called the group her “saving grace,” a place where she made meaningful relationships and became more independent.

“Besides my own home, that’s where I feel most confident to talk about (difficult issues),” she said. “No one comes in with preconceived notions about other people. Once you walk in the door you can be your own person. I think that’s the most valuable thing to have growing up in this age.”

Some of the topics discussed during middle school sessions were leadership, healthy relationships and environmental issues.

“I had the most wonderful experience,” Harvey said. “You usually get negative attention in middle school. You can tell they just soak up the positive attention.”

Over the course of the school year, Harvey saw her girls change. One shy student became more outspoken, while another student learned to not interrupt and be a better listener.

Harvey believes there should be more opportunities for students to get together and speak their minds -- even if it leads to hard conversations.

“I’m not going to lie and say that it’s easy because it’s not,” she said. “It’s about sitting down and explaining opinions to each other. Communication is something that can lead to a lot of fights.”

While it can lead to disagreement, conversation groups can also lead to greater empathy.

Can Ohio learn from Iowa's completion of a high school sports season?

MANSFIELD -- Is it possible to complete a high school sports season…