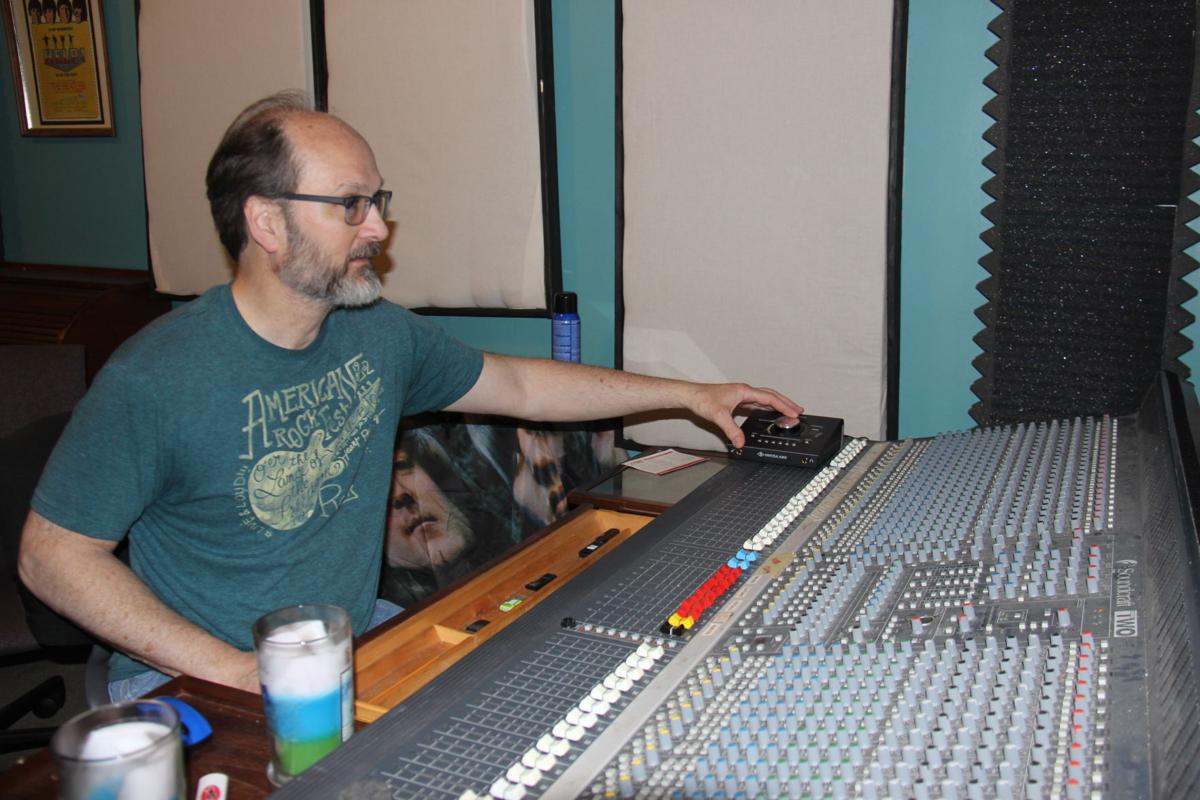 Robin Hirst, owner of St. Pete District Recording Studio twists the dials during a recording session. He has more than 20 years of experience in recording and being a musician. 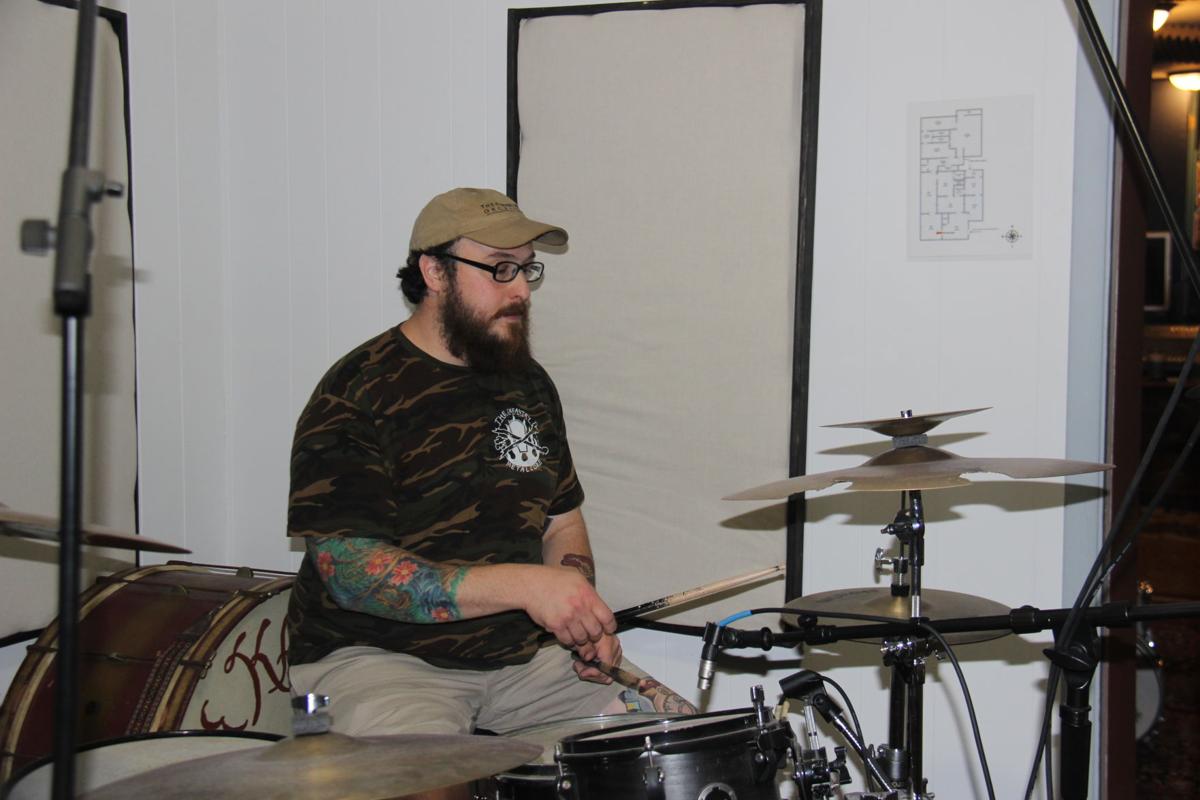 Tom Hirst, a musician and sound engineer, plays drums in the recording studio.

In the mid 1990s, he and his band in Youngstown walked into a recording studio. When he walked out, he knew he wanted to record music, too.

"We spent several thousands of dollars and got a record," he said of his first studio experience. "I really came away liking it and thinking I could do this."

It helped, he confided, that new digital recording equipment was coming out at that time. The new technology was significantly less costly than the analog recording materials.

In 2005, in Mansfield, he wanted to continue recording, but each time he did, he was asked to move, he said.

Eventually, he purchased a school bus and set up a portable studio.

"Ohio has a wonderful law, that if you remove all the seats, put in a place to cook food and have a place to sleep, you can call it an RV. So, I didn't need a CDL."

His four-wheeled studio was a hit with local bands from 2008 to 2011, when he had to move to Florida to be with family.

"I recorded a lot of bands where we had bass, guitar, keyboards, drums all flying at once," he said.  "We had really great, isolated tracks."

Now, Hirst is back in town with more than 20 years of recording experience. He has opened up a new studio, the St. Pete District Studio, 90 W. Second St.

The remodeled home hosts several rooms bandmates can have to themselves as they record. Each room has doors, couches and space to keep their belongings.

"That's important to me," Hirst said. "I've been a drummer and a vocalist and one thing I've always paid attention to in the recording studios I've been in is that whole vibe. I want people to be able to come in here and have it be a safe, creative haven for them. To get lost in their creativity."

"Rob really made everybody real comfortable and kept everybody relaxed," said Conner Darsee, who plays rhythm guitar for Pale Criminal. "He didn't hurry us because he cared that the end result came out well, more than anything else.

"His studio had everything you would need and is comfortable. The sound quality was very professional. We really enjoyed the experience. It was a great opportunity to get a quality recording without the pressure cooker environment of spending every dime the band makes."

The studio operates for local musicians, by musicians.

"We just need to pay the bills, and eventually start getting new gear to make the space better," said Tom Hirst, Robin's son and a sound engineer at the studio. "With that being said, we want to work out good deals with anyone who comes in. Recording is an arm and leg most of the time -- expensive. We don't feel it has to be that way. There's no reason it has to be that way.

Tom, who most recently serves as the drummer in Corner House, an alternative rock group added he and his father have multiple projects helping others with their music goals.

"Half the time, all we want to do is create music and help other people create music," he said.

"It's how we know other musicians want to be able to do so too," his father followed. "So we want to make it as inexpensive as possible."

On June 1, St. Pete Studio will host an open house for the public to come and see their new digs and let the Mansfield Music community be familiar with their studio.