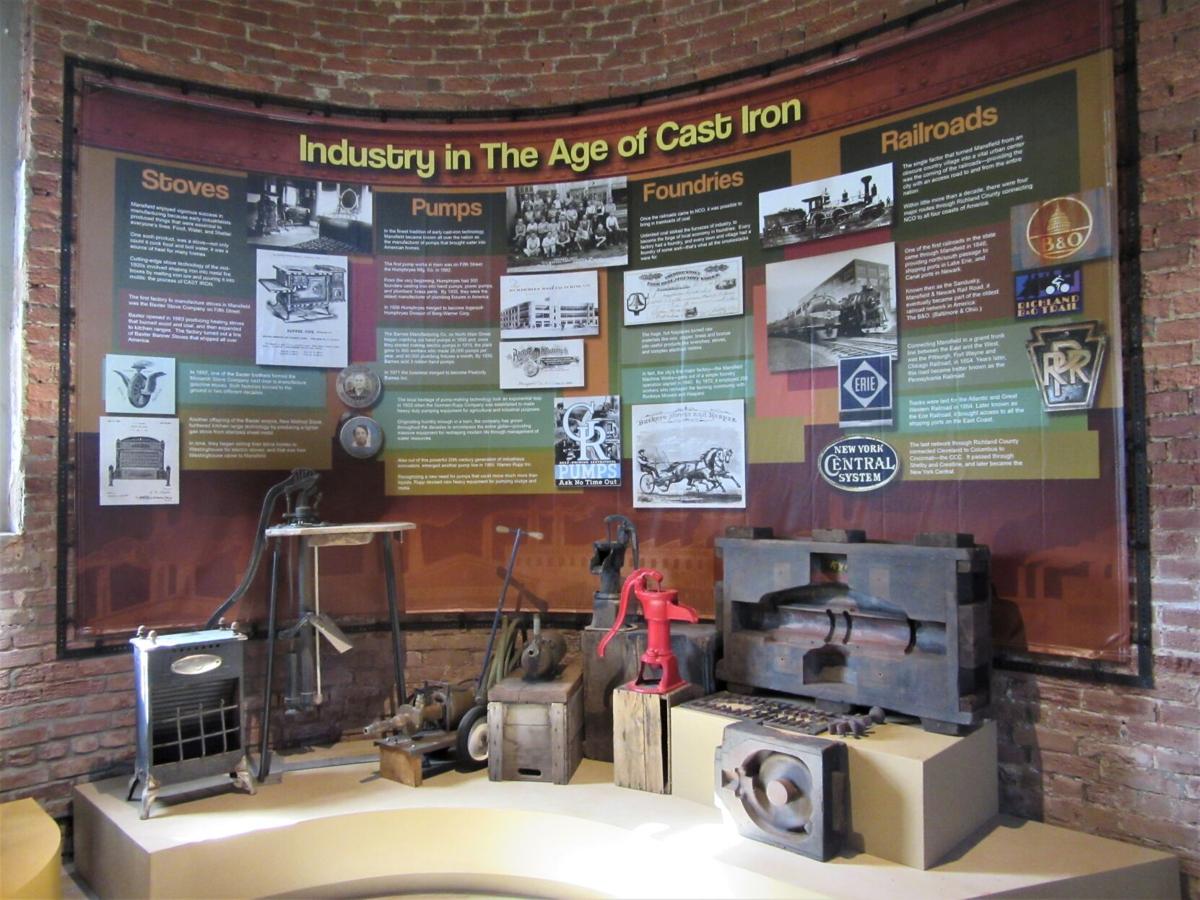 Exhibitions at the North Central Ohio Industrial Museum have been broken down into various sections, including Industry in The Age of Cast Iron. 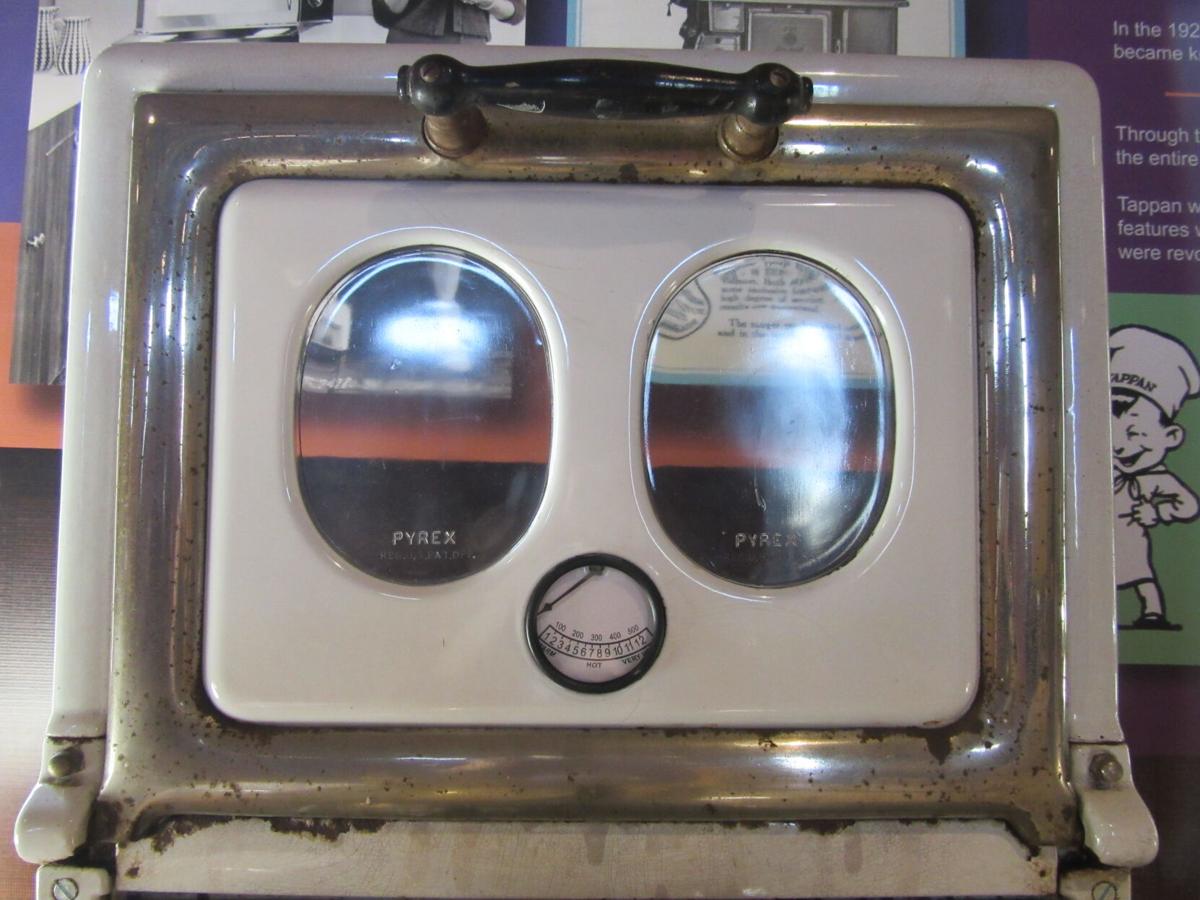 Tappan was the first company to create windows in oven doors, which was an innovation in the 1930s. 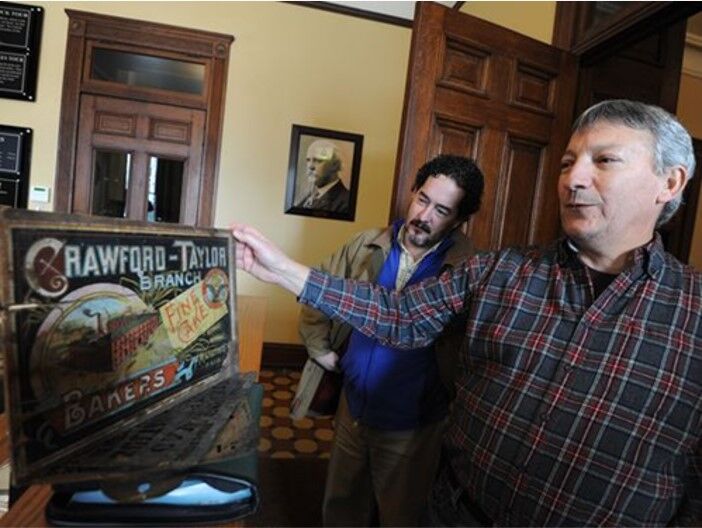 MANSFIELD ─ After years of preparation, the North Central Ohio Industrial Museum has moved forward to the last stage before a debut next month.

Volunteers have been busy setting up information banners and artifacts at the 3,680-square-foot museum, located at the Ohio State Reformatory’s lower east diagonal.

Steve Cummins, local manufacturer and the museum’s co-founder, said members at the Mansfield Reformatory Preservation Society also considered starting an industrial museum and collected some artifacts. The organization welcomed the idea when Cummins and another founder, Jerry Miller, brought it to them a few years ago. 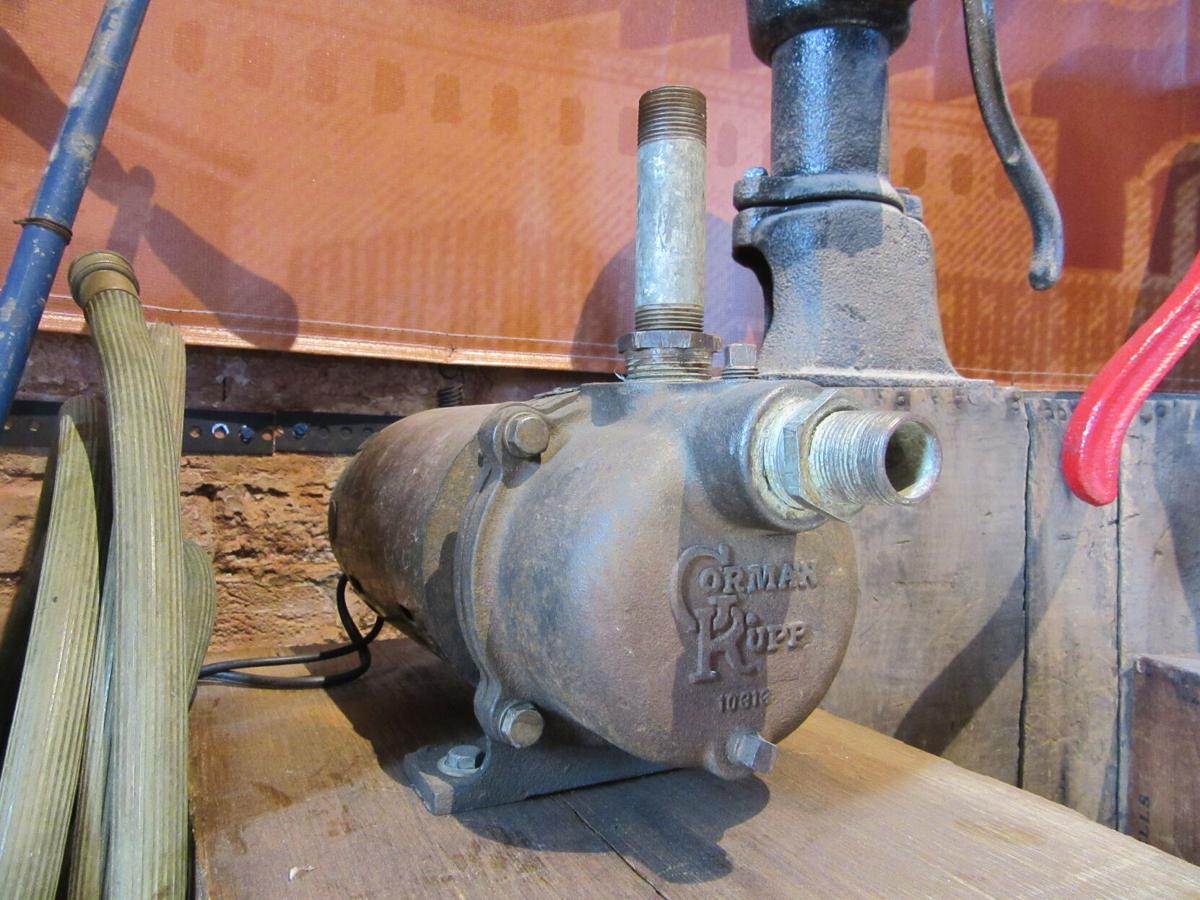 Old pump made by Gorman-Rupp Pumps. 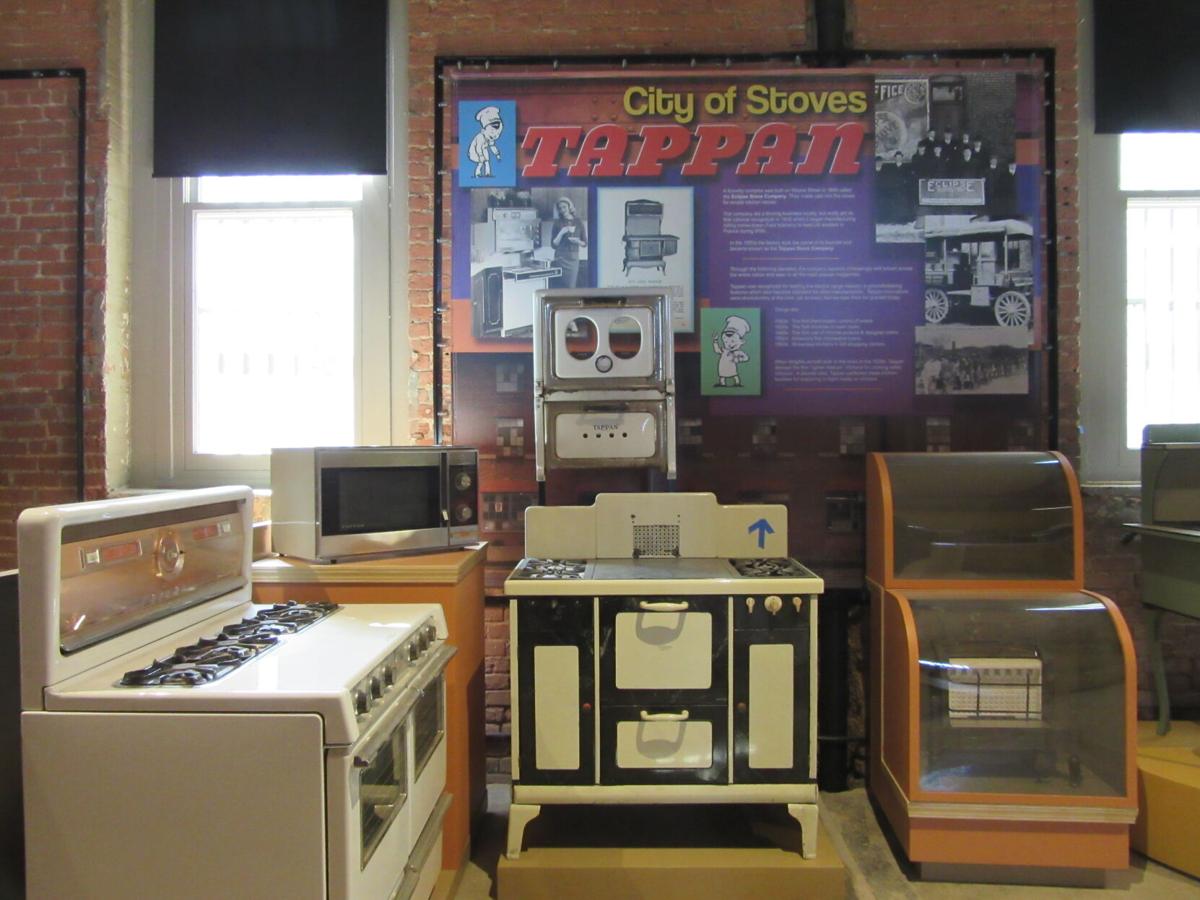 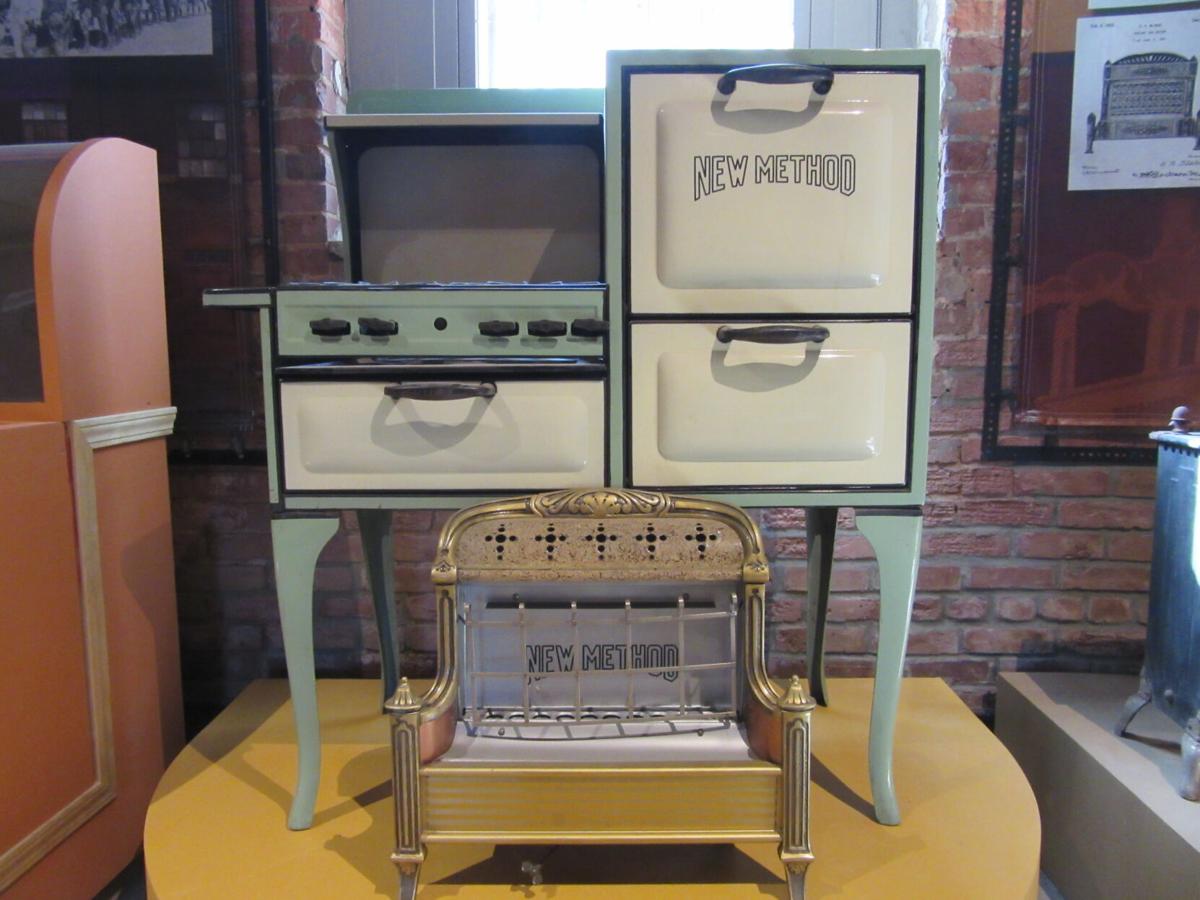 Stove made by the New Method company. 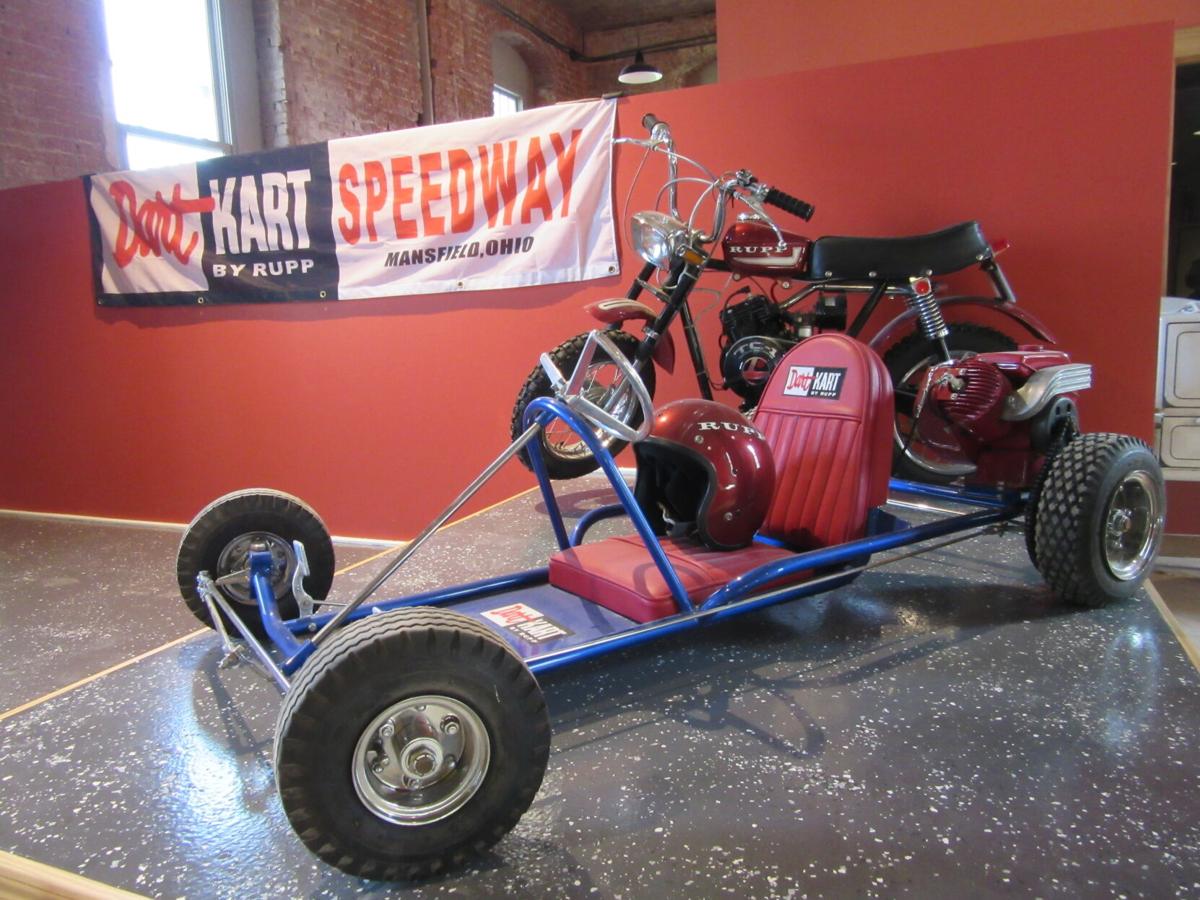 Go-kart and mini bike made by Rupp Industries.

A peek of the North Central Ohio Industrial Museum's collection

Old pump made by Gorman-Rupp Pumps.

Stove made by the New Method company.

Go-kart and mini bike made by Rupp Industries.

There is another connection between the two organizations. When the Reformatory was established, Cummins said, its role was mainly to teach different skills to young men who had had run-ins with the law. Much of the training was about skilled trades, especially manufacturing.

With the help of local historian Tim McKee, exhibitions at the industrial museum have been broken down into various sections, including Industry in The Age of Cast Iron, City of Stoves, City of Wheels and City of Appliances.

Cummins said many industries in the area started with cast iron, such as pumps, heaters, railroads and stoves. Visitors will know why cast iron was important to the industries and the companies involved.

Mansfield was once the “City of Stoves” that hosted Tappan, New Methods and other stove manufacturers. Cummins said Tappan was the first company to create windows in oven doors, which was an innovation in the 1930s. It later made the first microwave oven for residential use in the U.S. in the 1950s.

Volunteers are also working on setting up a “Westinghouse kitchen” at the museum. Visitors can check old refrigerators, stoves, waffle irons, fans and other small appliances onsite. Many of them were made locally at the company’s factories before they closed in 1990.

Cummins said the artifacts include some original blueprints of Westinghouse’s products. Some of which can date to the early 1900s.

“When the gentleman who donated these dropped them off. I was kind of dumbstruck because they're so beautiful. The craft of drawing is just incredible,” Cummins said.

Part of the exhibitions will cover the immigration and emigration in the area resulting from the growth of indsutries. Cummins said many Germans came here and became tool and die makers. In the 1940s and 1950s, plenty of out-of-state workers, especially from Kentucky, moved to north-central Ohio for better pay.

While the museum mostly features the industrial history in the area, the founders intend to show the progress of manufacturing nowadays as well. Cummins said some rotating exhibits will present local company’s products and the technology they use.

“Yes, a lot of great stuff that was important has left. But guess what, there's a lot of really interesting stuff still here,” he said.

The section of the current industry has a goal of telling people that “manufacturing jobs are not what they used to be,” Cummins said, and draw the young generation’s attention. Most of the manufacturing involves high technology now.

Miller first floated the idea of opening an industrial museum at a Regional Manufacturing Coalition meeting more than five years ago. Cummins, a third-generation manufacturer interested in history, said he signed up for the task without knowing what exactly he was getting into.

After announcing the establishment of the museum in 2015, the duo started getting phone calls regarding artifacts donations. Cummins said many of the items sit in people’s storage sheds, barns or basements for years. The owners were losing the connection with the artifacts and had no idea what they were.

The North Central Ohio Industrial Museum is scheduled to open in May. Cummins said the opening date will be announced on the museum’s Facebook page. Although it has its own nonprofit status, the museum will operate as the Reformatory’s sub-exhibition. The hours will mirror that of the Reformatory and no additional admission is required.

The museum is a community collaboration project. Cummins said thanks to the generosity of corporate and individual community members, more than $500,000 has been raised and invested in the museum. The Reformatory, one of the major supporters, has spent more than $250,000 in the rehabilitation of the space.

The industrial museum is looking for volunteers to assist future visitors. Those interested can contact Jerry Miller at 419-884-0459 or Steve Cummins at 419-524-1300.