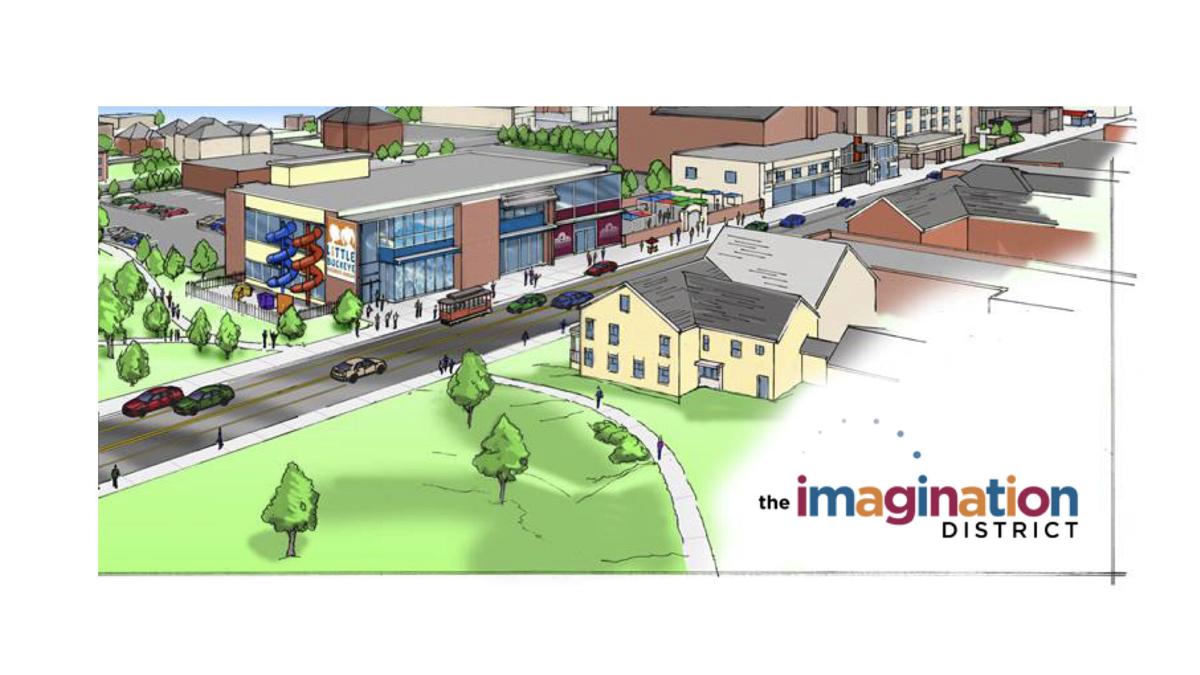 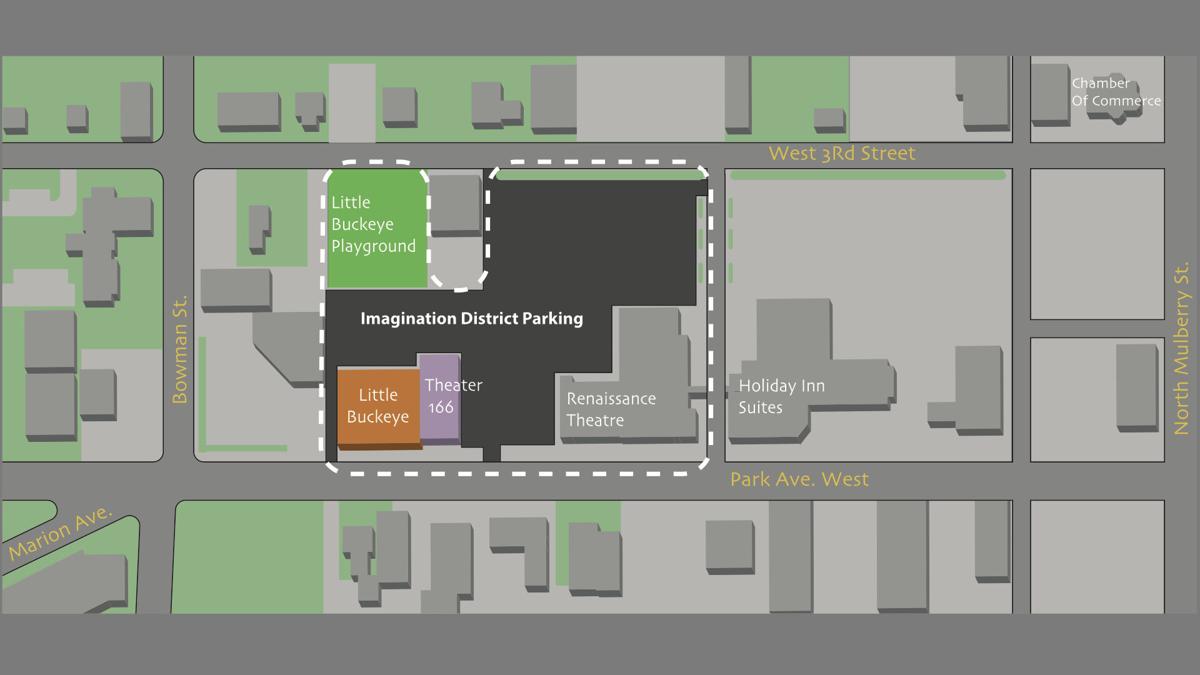 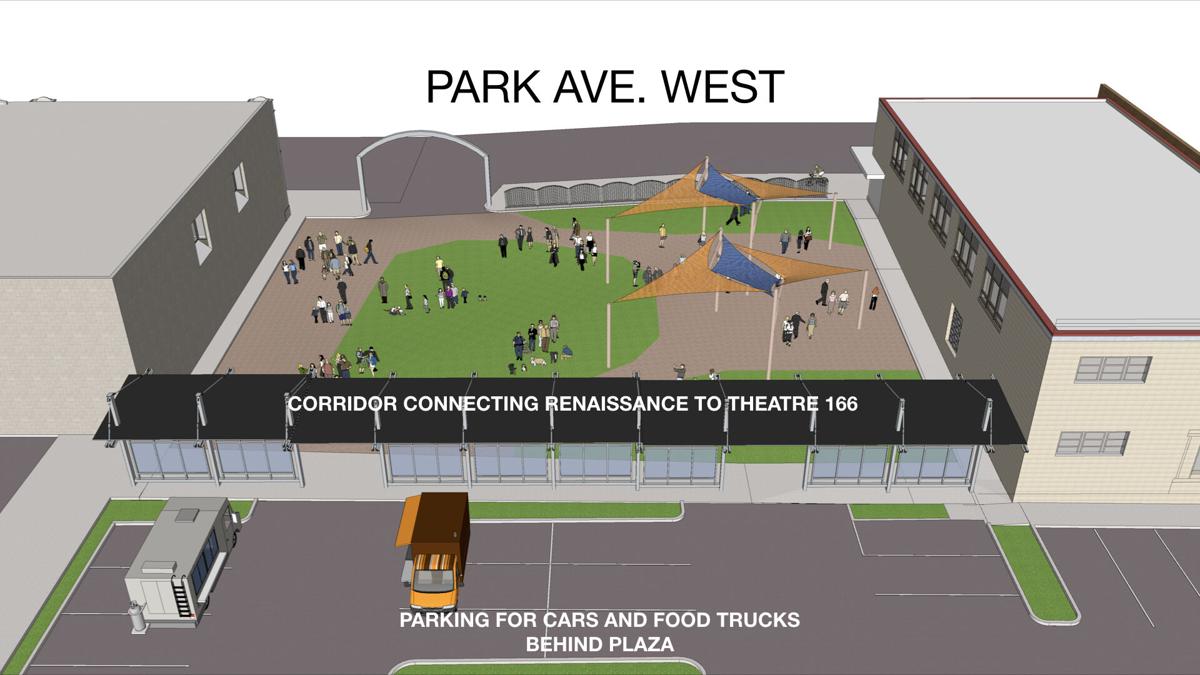 MANSFIELD ─ The Imagination District project is back on track after a pause caused by the COVID-19 pandemic.

The project is a joint venture between the Little Buckeye Children's Museum and the Renaissance Performing Arts Association.

It will occupy five acres of land in downtown Mansfield and comprises Little Buckeye’s new museum, an outdoor plaza, Theatre 166, the Renaissance’s education center and the Renaissance Theatre.

Fred Boll, Little Buckeye’s executive director, and Mike Miller, the Renaissance’s CEO, shared an update on the Imagination District Friday on Fri-Yay. It was a new monthly zoom meeting held by the Richland Area Chamber and Economic Development.

The construction teams are fixing the heat and air conditioning and putting in office spaces. This first phase of renovation will be finished in April and then Little Buckeye will start to build the exhibits.

“That'll be an interesting phase because several of the exhibits we're going to build are one-of-a-kind. We'll only find those in Mansfield, Ohio,” Boll said.

More than 100 exhibits will be put out, he said, including the Hot Wheel Cars. The museum is trying to work with as many local contractors and crafters as it can to make sure the money raised locally will make the greatest impact on the community. Boll said he hopes to complete the exhibit phase by the end of this year or early 2022.

Miller highlighted the outdoor plaza in the presentation on Friday. It will be an open corridor connecting the main Renaissance Theatre with Theatre 166 and the parking lot. The groundbreaking for the construction will begin in spring at the earliest.

Miller said an archway will also connect the two buildings for children and their families to go between. The Renaissance and Little Buckeye are working on programs for various ages, which he said was “the fun part of designing.”

The Imagination District will receive a $1 million boost from the Ohio's capital budget. Boll said the museum is trying to figure out how the fund will be released. It could be over a two-year period, which will affect the project’s timeline.

Since the initiative officially started in 2017, multiple community members have contributed to it.

“We had so many people telling us that we were crazy in attempting this project, but we had so many people also that were supporters of us and encouraged us to do it,” Boll said. “I think the impact on our community will be tremendous, especially at this time.

"It'll be great as we come out of the pandemic to have something like this opening up to attract and bring new people to visit again at Richland County.”

Miller said the fundraising campaign will go to the public next week with commercials and radio spots that include details. The plan is to finish the campaign in March.

“We really want everyone in the community that has wanted to be a part of this project to be involved in any way they would like to,” he said.

The state of Ohio's capital budget for 2021 includes $1 million for the Imagination District's expansion.