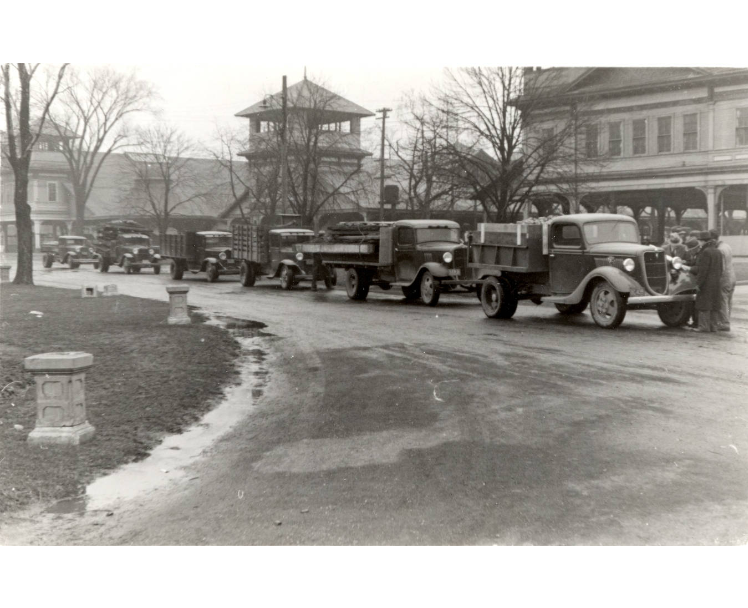 The Ohio History Connection recently received silent film footage, much like home movies, of historical significance. It's now deciphering some of those images for time and place in Ohio. 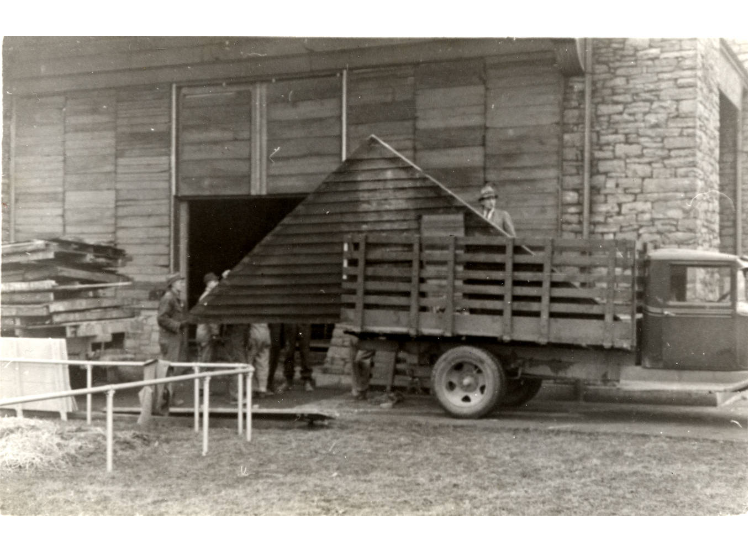 The Ohio History Connection recently received silent film footage, much like home movies, of historical significance. It's now deciphering some of those images for time and place in Ohio.

COLUMBUS -- Imagine how excited you might be to not only find, but also be able to watch home movies of your family that you did not know existed.

Motion picture footage of historical sites is an invaluable tool for research. Being able to see not only how sites looked, but also how people interacted with the built and natural environment in those locations is a boon for historical research.

Sites pictured on the 1930s film include, but are not limited to, the Newark Earthworks, a ceremony at Buffington Island, Fort Ancient, Fort Laurens, Fort Recovery, Kelley's Island, Logan Elm, restoration of the Miamisburg Mound, Mound City, Schoenbrunn, Serpent Mound, Rutherford B. Hayes’ estate Speigel Grove, and Zoar Village. Work to reconstruct mounds and build structures at sites is seen on the films.

I asked my colleague Dr. Brad Lepper about the significance of the films for studying the archaeological sites. Dr. Lepper provided this insight:

These films are tremendously valuable for studying the history of these historic places. They reveal important insights into how they have been restored, maintained and interpreted and help us assess how well the sites are preserved.

The films of Mound City, Seip Mound, Great Circle Earthworks, Octagon Earthworks, and Serpent Mound are particularly important, since these sites are on the United States Department of the Interior’s Tentative List of sites to be considered for nomination to the UNESCO World Heritage List.

The films show the mounds prior to or just after they became Ohio History Connection sites and the views of the surrounding landscapes provide tantalizing clues to what these places may have looked like at the times they were built.

When describing and cataloging older motion picture footage film historians look carefully at the type of film, information recorded on film boxes, cans and reels, the credits at the beginning and end of films, and captions on film footage. If the film has sound or a written script that we can follow that is very exciting.

However, the reality is that we do not have all of the information that we would like to have about many earlier films. Researching and fully describing historical films is often an ongoing process.

All of the films in this collection have minimal information written on their containers and all are silent footage. Fortunately the film taken at sites has captions and also many signs visible in the footage that identify the locations.

The type of film and visual clues in the frames, such as the clothing people are wearing and the kind of cars driving by, as well as knowledge of our institutional history assist us to estimate the dates.

Just one film in this collection, Beautiful Dreamer that documents the organization’s 1963 exhibit of Lily Martin Spencer artwork, has extensive credits telling us the people and groups who created it. Most names in the credits identified the person’s role in the production, except for the name William Marshall. Chris Duckworth, who as well as being the donor of the films is also a former employee, was able to tell me that Marshall was the designer of the exhibition.

Mr. Duckworth also provided insight into this line in the Beautiful Dreamer credits “a feature of Ohio: The 17th Star.” He remembers watching episodes of the educational series Ohio: The 17th Star in school and found an article advertising other episodes of the series in the OSU Lantern. As WOSU-TV is credited, this film was meant to be aired on television and had a script and soundtrack recorded separately.

How exciting it would be to find one or both of these!

One film in the collection that is just 100 feet in length and runs for less than 4 minutes has no credits or captions on the film nor signs visible in the frames to identify the location or describe the action. Written on the film box is "Tearing Down Building and Taking It to the Park Dept." This cryptic statement does not tell us where the building is or what it is.

Chris Duckworth thought this could be the cottage in which President Ulysses S. Grant was born when it was dismantled at the Ohio State Fairgrounds and eventually moved back to its original location in Point Pleasant, Ohio. Watching the film myself I saw a man in a hat, trench coat and distinct mustache who appeared to be giving directions.

I also noticed that the building being moved was not a large structure as pieces were being loaded by workers onto just a few trucks. The whole scene looked familiar and I believed Mr. Duckworth to be correct.