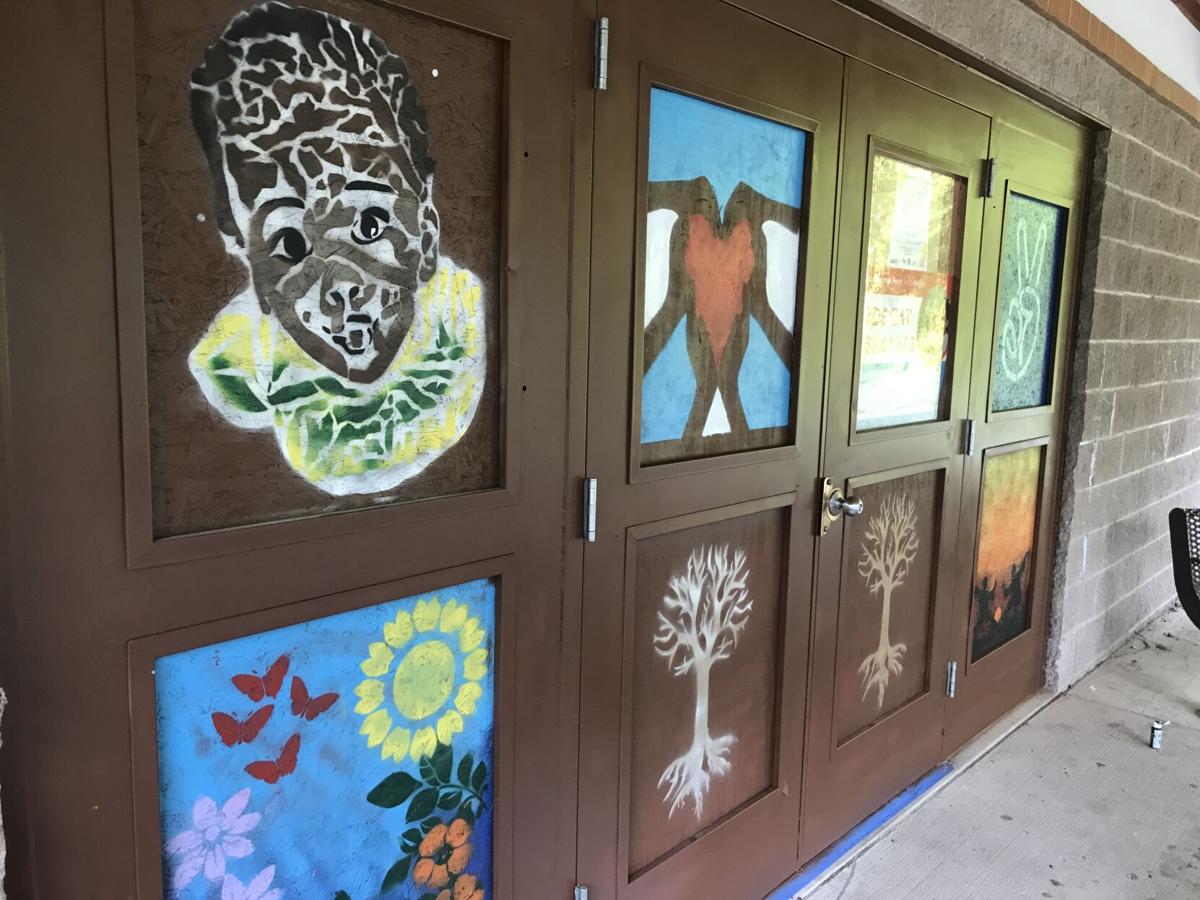 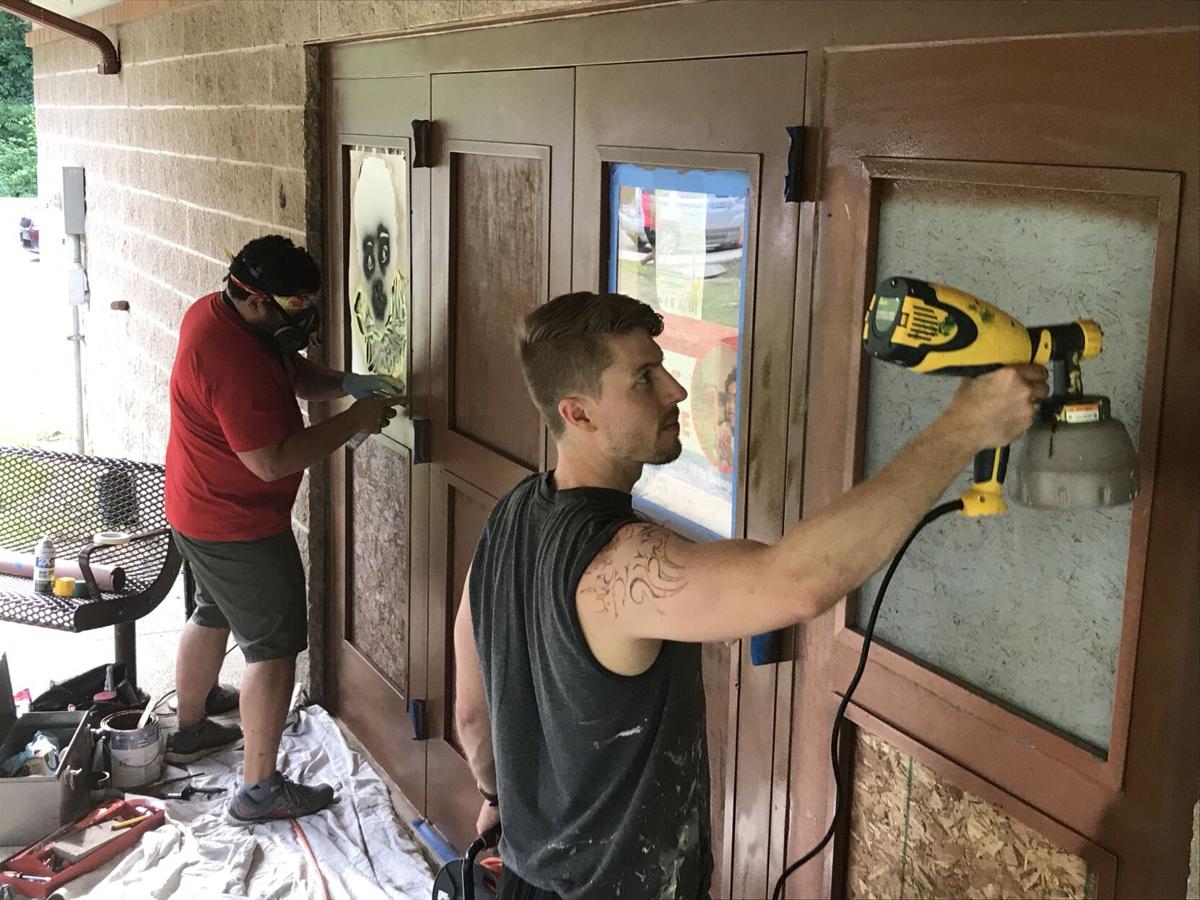 In the recent weeks there have been several instances of vandalism in North Lake Park. Recently, seven windows at the pavilion were smashed. 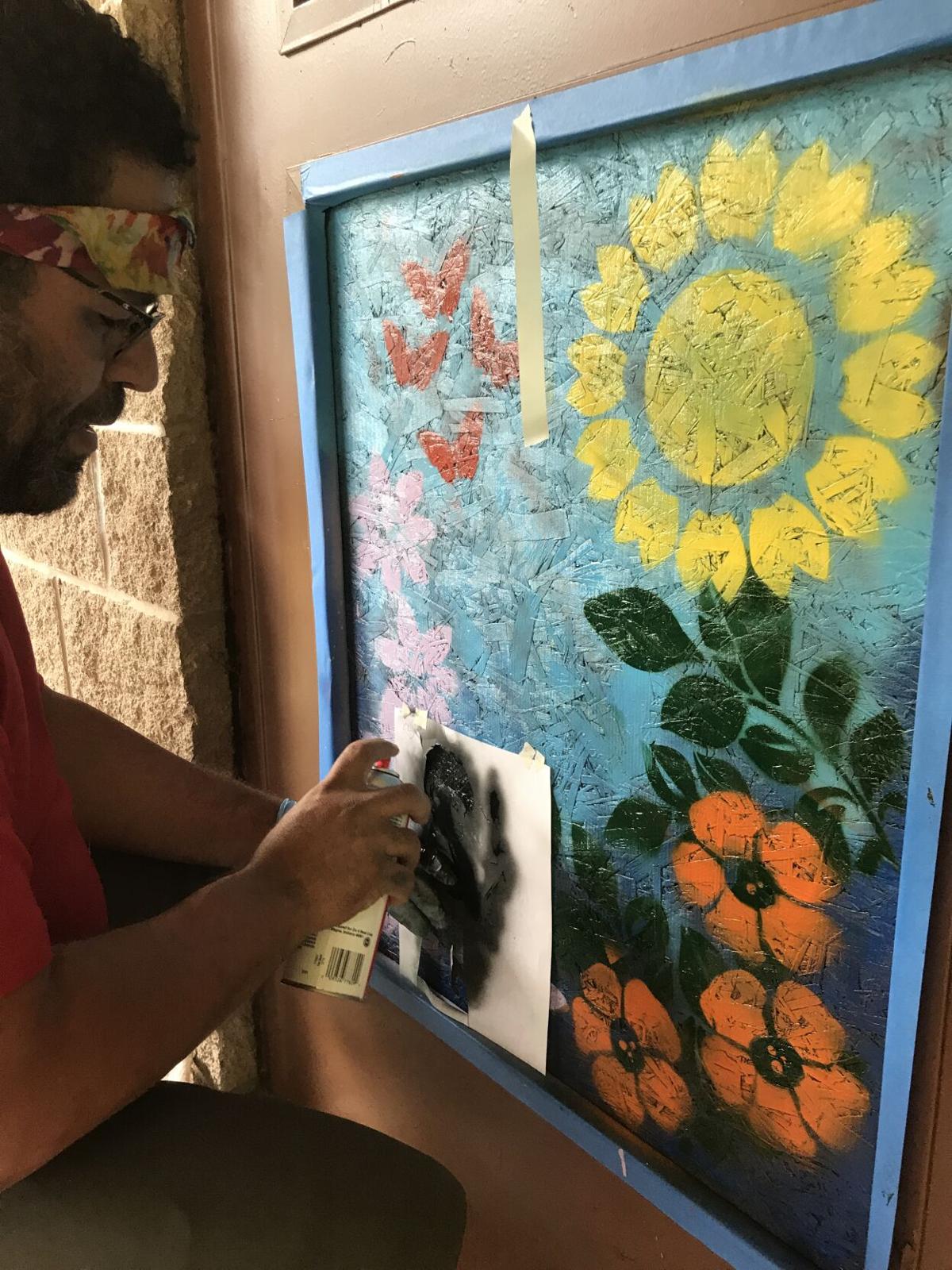 Although the park is prone to vandalism, some still have hope.

MANSFIELD — Luke Beekman, director of Mankind Murals, loves walking and biking along the trail at North Lake Park, a park prone to vandalism in the past few weeks.

When he noticed some leftover broken glass on the concrete and children’s playground after seven windows were smashed in at the pavilion, he took it upon himself to spend hours cleaning it up.

It didn’t stop there, however. Beekman then began to ponder what Mankind Murals could do as a nonprofit organization and determined it was the perfect opportunity to send a message of hope and tenacity within the Mansfield community.

“When we see things like this happening where there’s boarded up windows, it just provides an opportunity for art to make a positive impact,” Beekman said.

On Wednesday evening, Beekman along with two other artists, Rafael Serrano and Jordan Kvochick, gathered at the site to paint over the seven boarded up windows, as well as prime the doors.

Beekman and the other local artists came up with several designs before painting the boards on the windows. The techniques they used included acrylic painting and spray painting.

Although North Lake Park has seen various amounts of vandalism in past years, in the recent weeks there have been several instances of vandalism, including two trash cans being set on fire.

Due to how often North Lake Park has fallen victim to vandalism, Beekman noticed the defeat in many community members, especially because new playground equipment was installed recently.

“It’s hard to really confront those sort of mindsets in people, and so it’s been interesting to see the developments in North Lake Park,” Beekman said. “I’m glad that they’ve (the Mansfield Parks Department) invested with that new equipment, but then other things happen.”

In light of recent events, the Mansfield Parks Department recently purchased new security cameras and installed them around the area, as well as increased police surveillance.

Mark Abrams, the city's parks and recreation department manager, said he is thankful for the organization's involvement with wanting to keep the parks safe.

“Luke Beekman has worked with the Parks Department last year when we had some vandalism at Liberty Pool… and it was really nice to see them (artists) get together and do it again at North Lake Park. It was very much appreciated,” Abrams said.

Mankind Murals has done similar projects like this before such as commissioning an artist to cover up graffiti located on the Fourth Street bridge and using a graffiti proofing agent. The organization continues to be a viable asset as they continue to fight against mischief-making.

“Our goal is just to brighten up a bad situation that has happened in the parks,” Beekman said. “It’s just hard because I think people—when they see these sorts of things happen—they tend to lose hope. They kind of give the park or the area a stigma, and we’ve dealt with that before when we’ve done projects on the bike trail.”

Abrams echoes Beekman’s sentiments that the Mansfield community should not lose hope.

“I don’t think just because something gets vandalized that you let the small number of people doing the vandalism ruin it for the rest of everybody else,” Abrams said. “I honestly believe the number of people that go around and destroy things is a lot smaller than the good people that are in town.”