EDITOR'S NOTE: This is the second in a four-part Solutions Journalism series on public art and its impact on a community. Part I published on Oct. 29.

MANSFIELD -- Art can play a significant role in the vitality and unity of a community. One can see evidence of it in metropolitan areas like Chicago, Toledo -- and even smaller towns like Bucyrus.

For instance, the Mansfield branch of the Public Library recently put some life in to its walls thanks to the art of Ruthie Ogenchinyere Akuchie.

"For us, it was very important," said Chris May, Director of The Mansfield/Richland County Public Library. "Art comes from the community we serve. I think that is the important part of what we have going on."

The facility hired a local mural company, Mankind Murals, for the art project which showcases the library's and the county's past and future.

"It came together really smoothly," he said. "It was a great process." 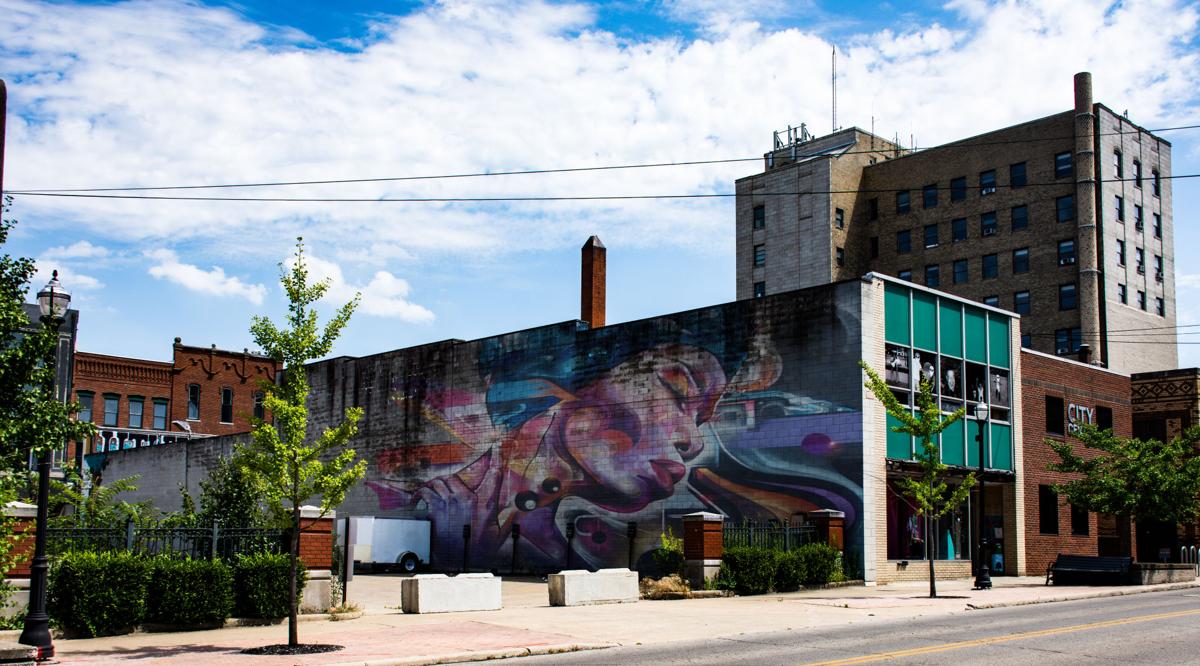 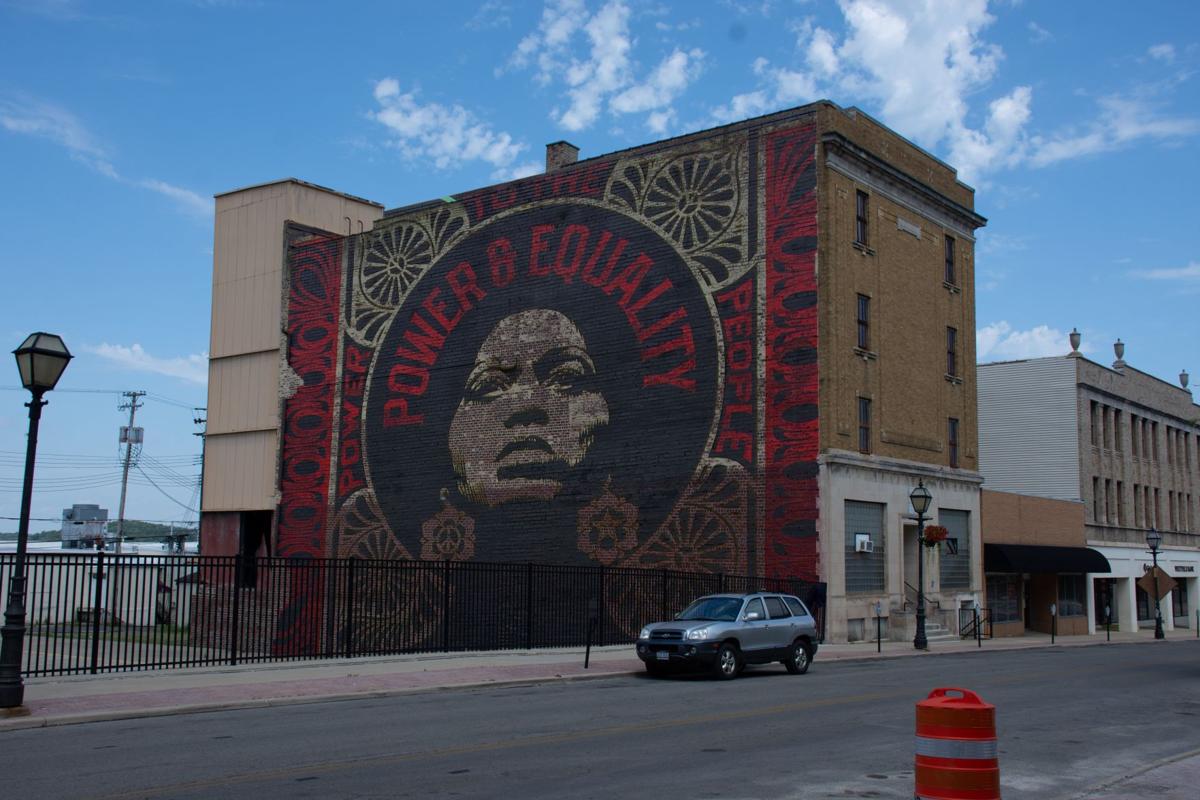 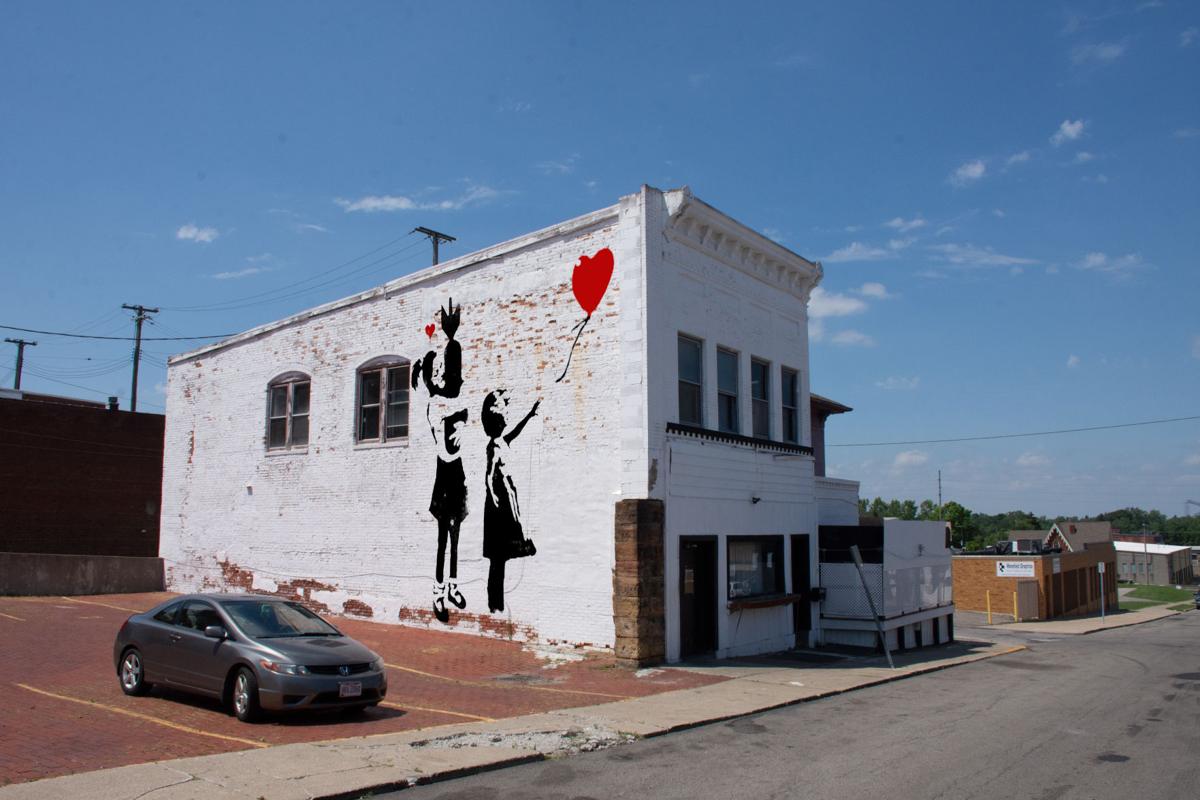 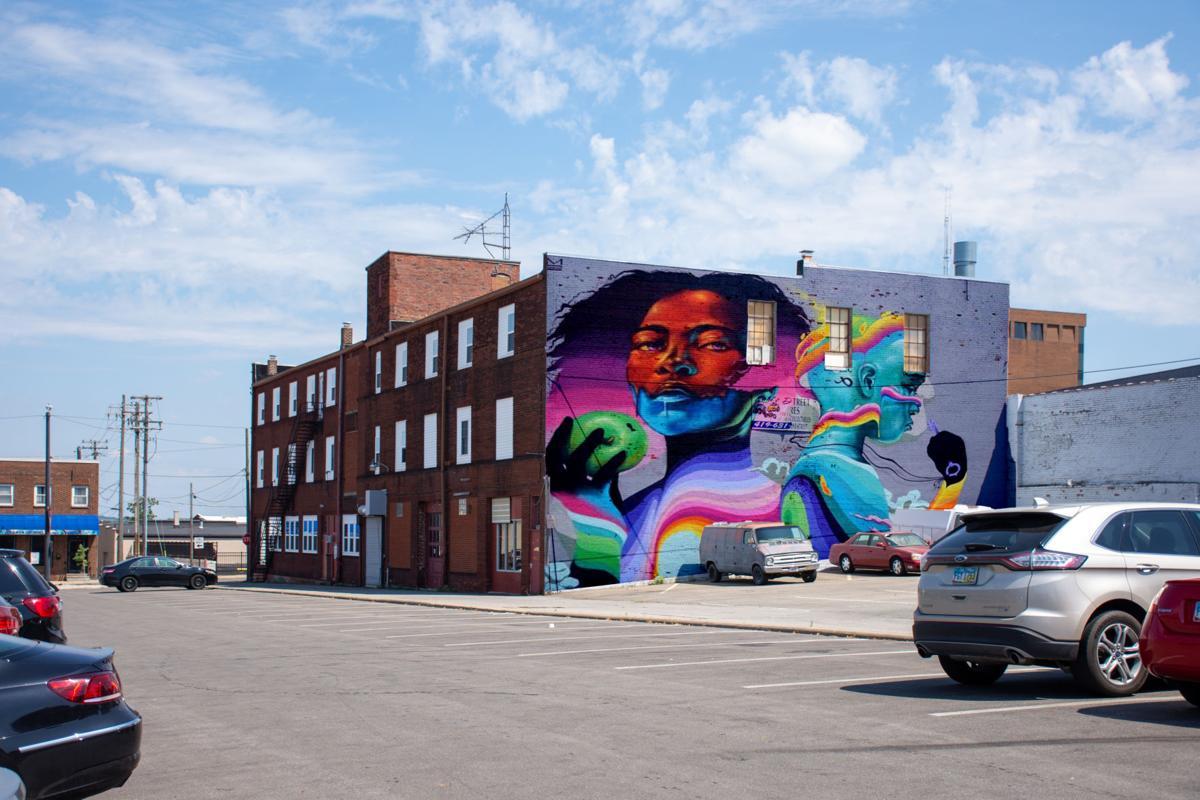 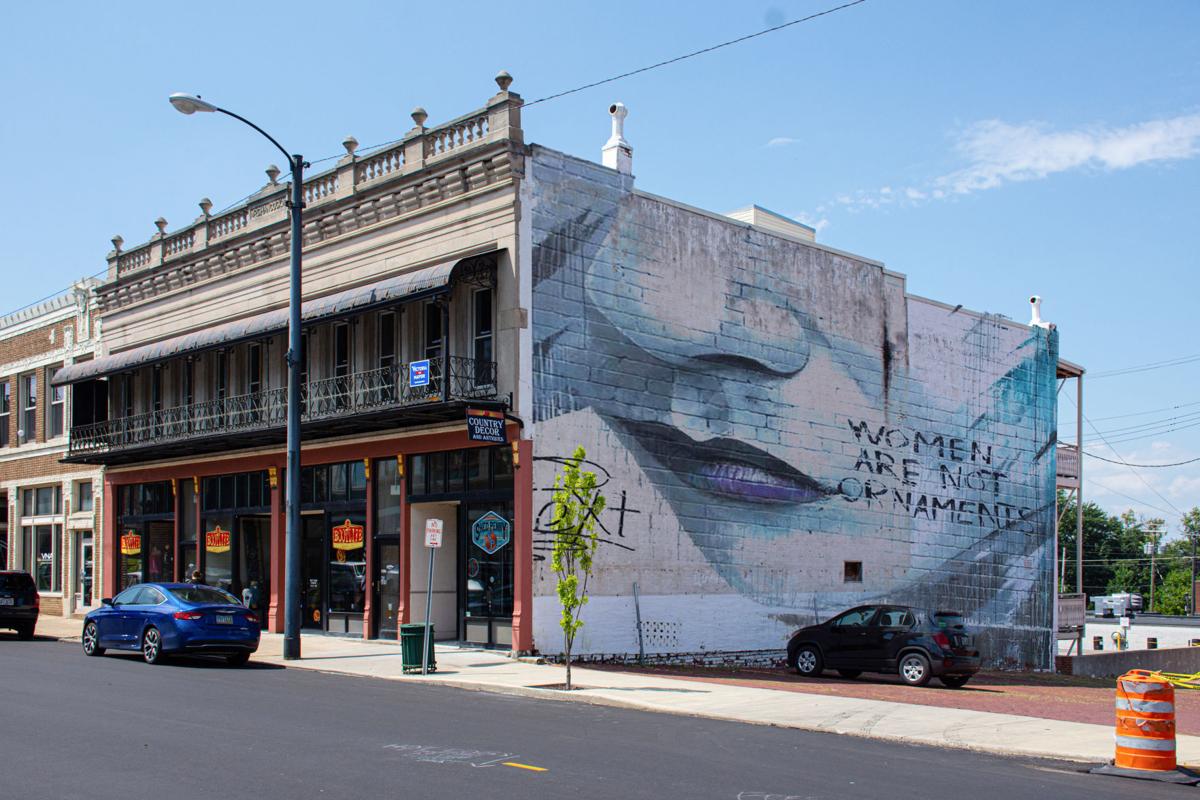 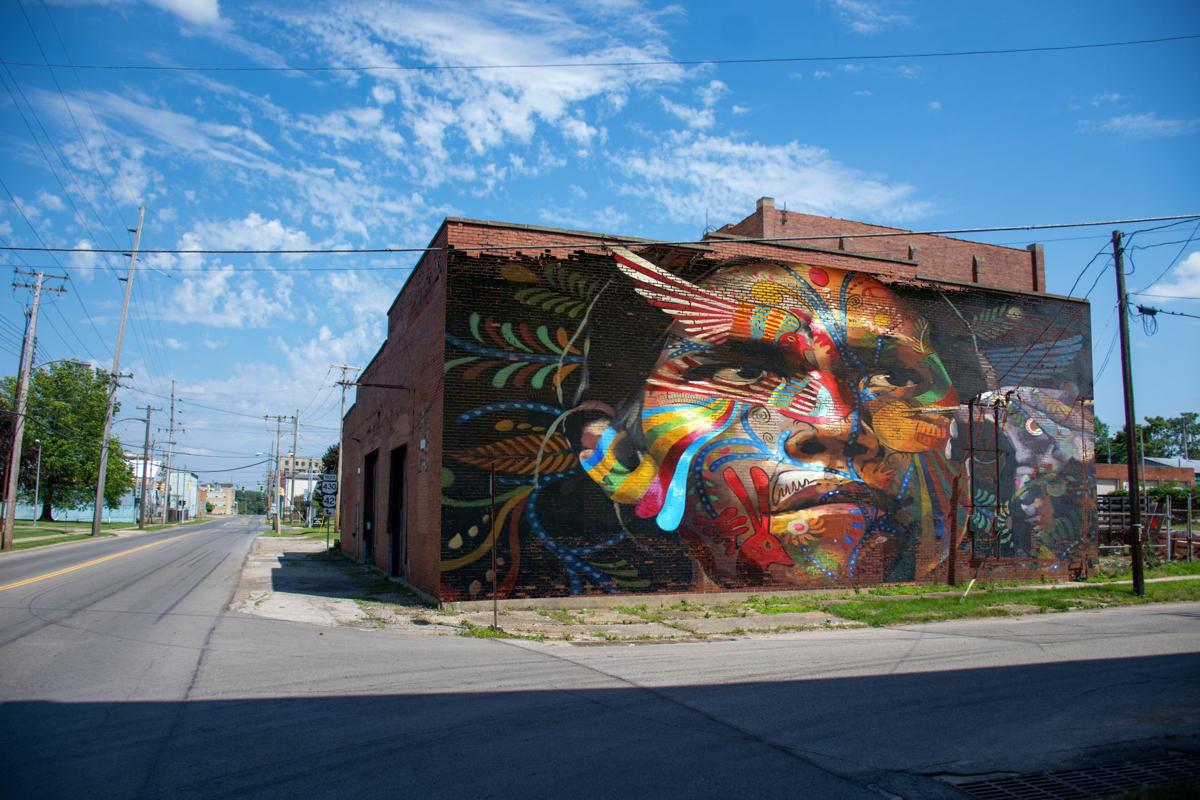 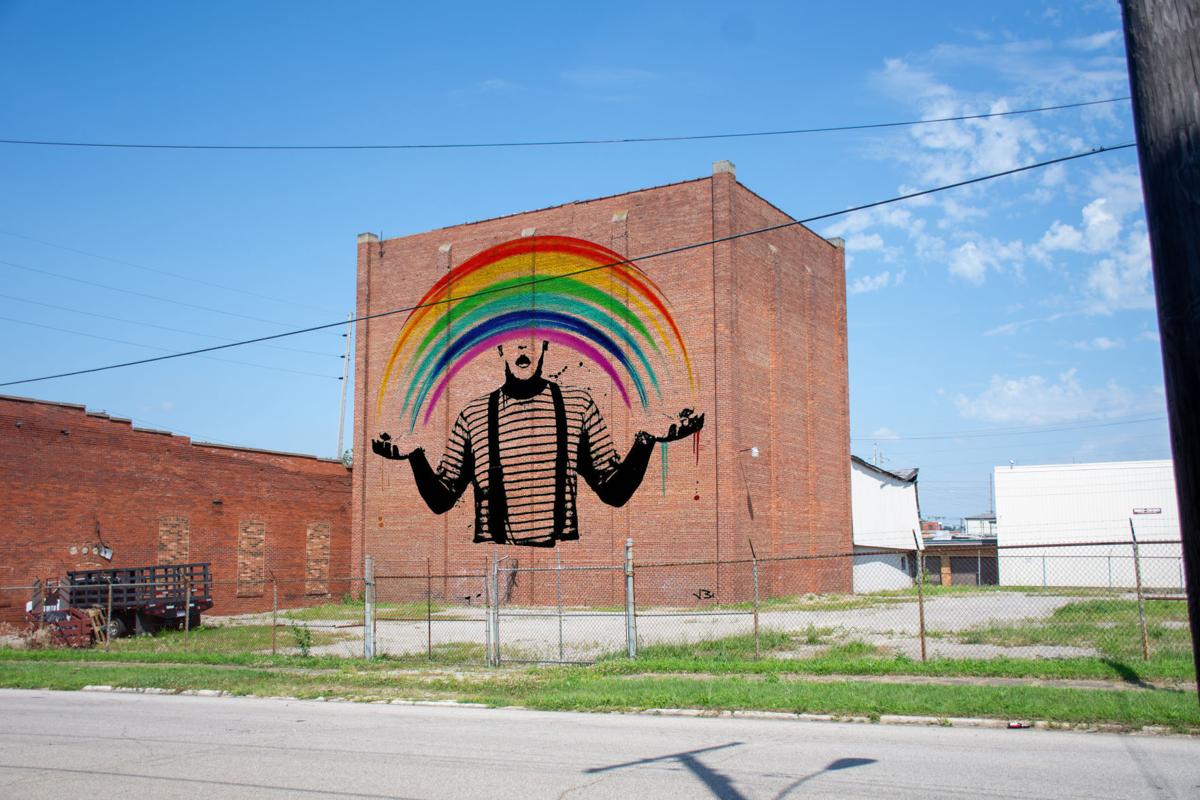 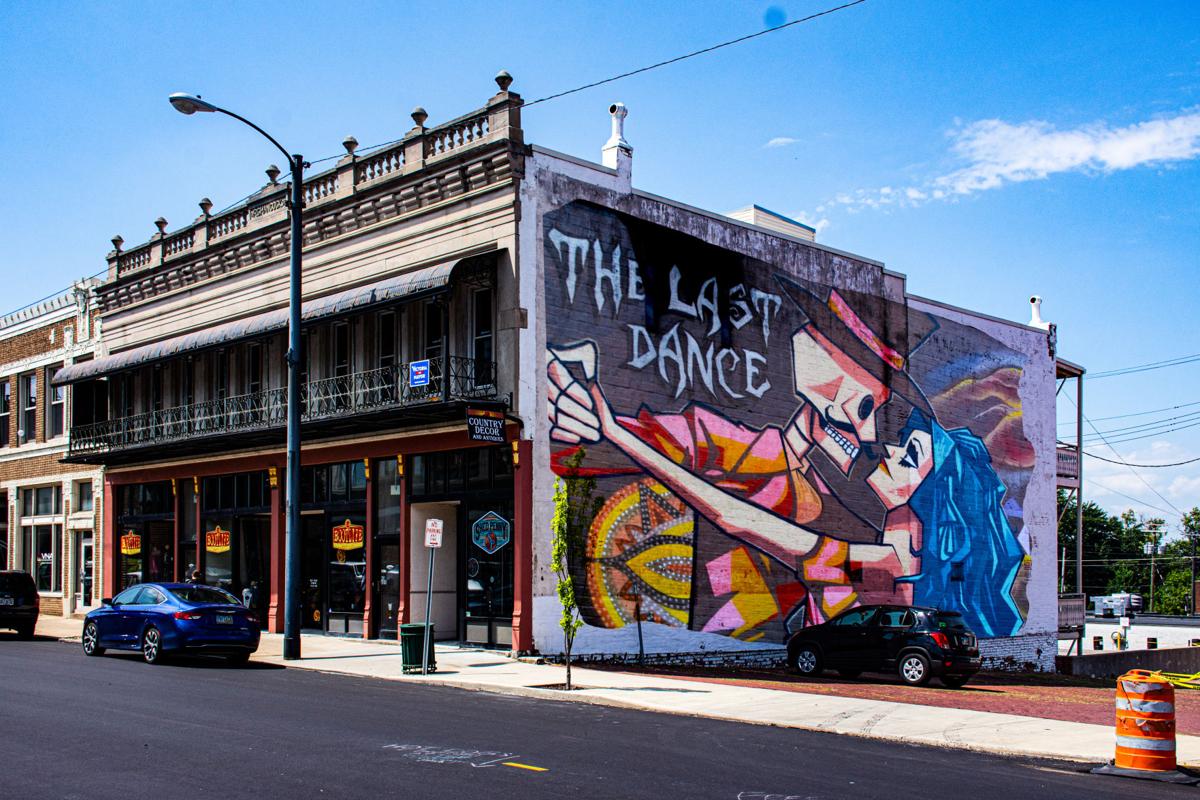 Richland Source and Braxton Daniels of Studio:45 Media partnered to create visuals of what dowtown Mansfield could look like with art covering empty walls. 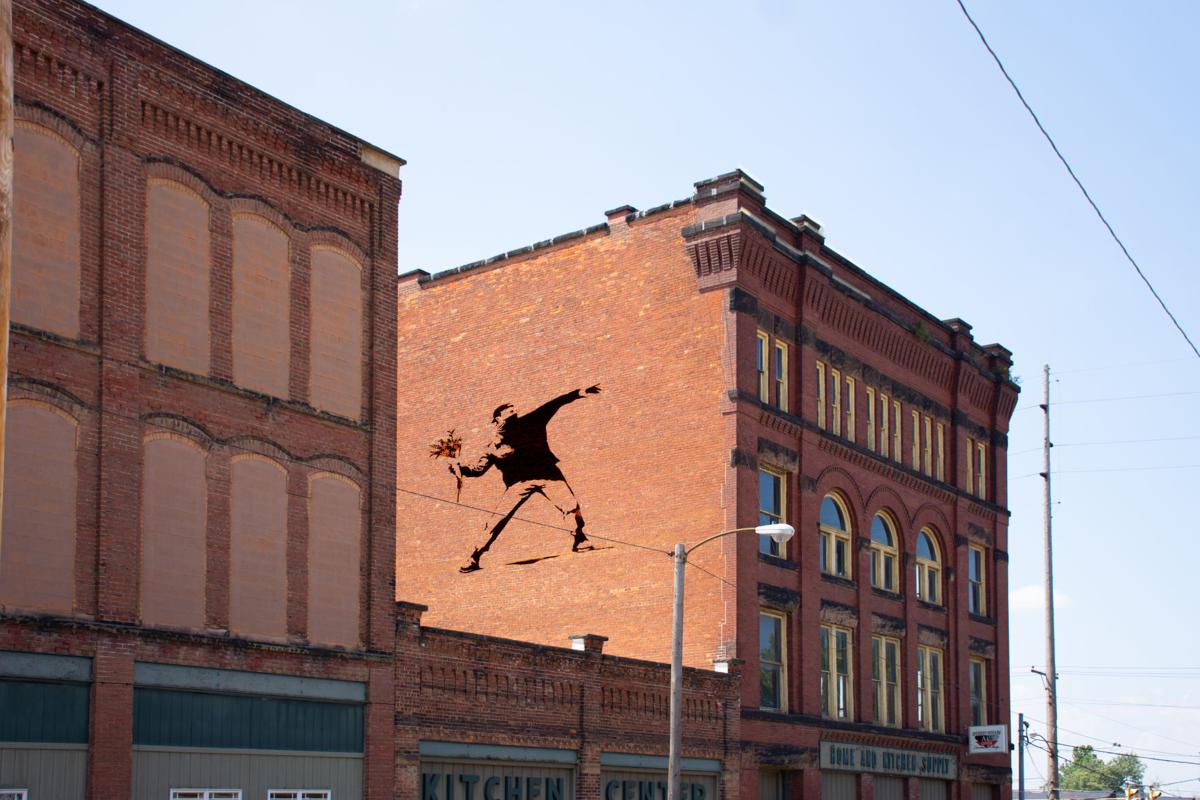 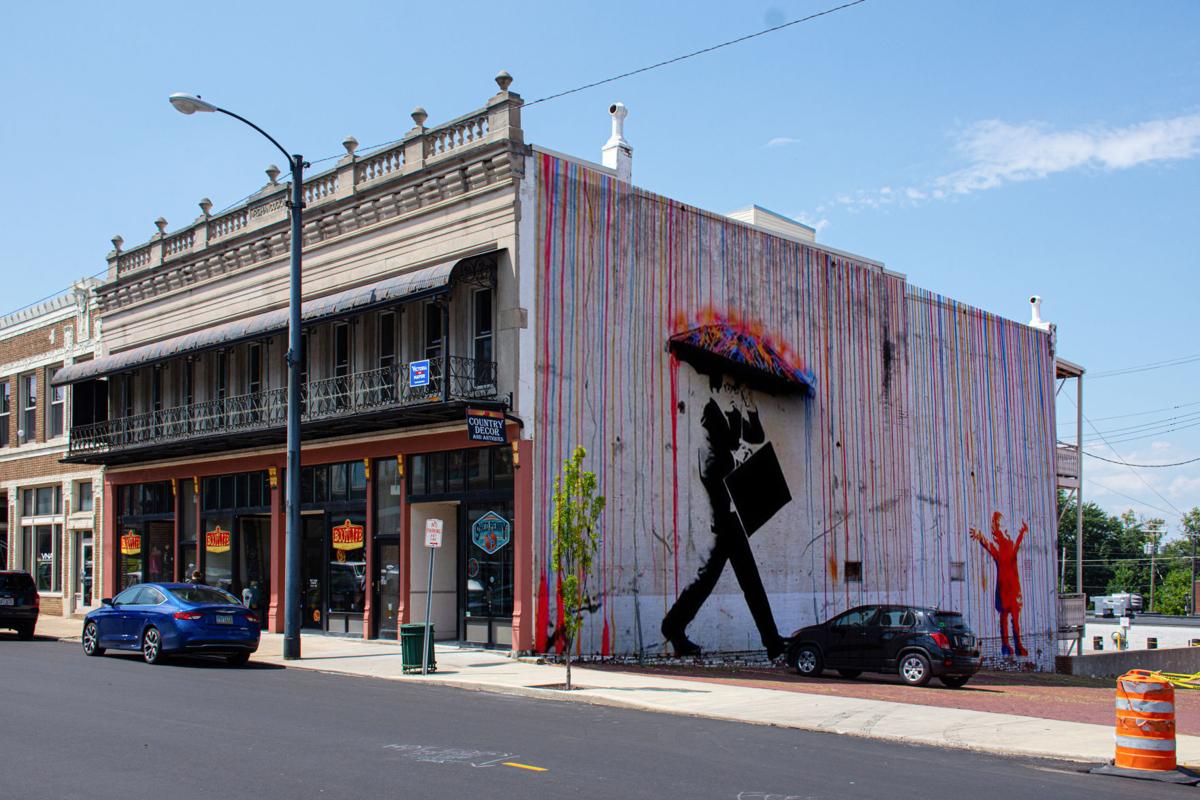 Richland Source and Braxton Daniels of Studio:45 Media partnered to create visuals of what the downtown area of Mansfield could look like with art covering empty walls.

"This project allowed me imagine what this city could look like. I had the freedom to push my artistic ability to create imagery and give this city its own vision," Daniels said.

With a bit of planning, Mansfield has numerous buildings ripe for the color and excitement art can bring to the community.

There are numerous examples of this budding cultural trend, and one need not travel far to find them.

The city of Bucyrus was tired of seeing grey in its downtown. So, in 1998, it came up with a project to inject beauty to the town square.

"We had a gigantic blank wall on one of the buildings downtown, and there was gravel surrounding it," said Tyler Jackobs, executive director of the Chamber of Commerce in Bucyrus. "Everything was cinderblock and grey -- it wasn't the best picture."

So, community members gained a grant for $300,000 to enhance the quality of life of its citizens, and went on a tour of murals in Ohio to find an artist.

They settled on the Eric Grohe, of Seattle, Washington, and hired him to paint the first mural.

Grohe created a mural titled, 'Crossroads' by listening to citizens' ideas of the design at a coffee shop near the mural's location. The mammoth mural remains a talking point, and even a tourist stop to this day.

"Everything in that mural is inspired by the community. There's a sense of pride," Jackobs said. "They had just as much to do with it as Eric did."

"They've been here long enough to be a meeting place," said Virginia Hammondtree, director of tourism for the City of Bucyrus. "Our murals have been fabulous for our community -- not just for tourism, but we have concerts throughout the summer at them (at Liberty Remembers) and movies (at Schines Art Park).

In Chicago, one of the largest cities illustrated by art, the concept has become a strong focus for the city.

Lydia Ross, Chief Marketing Officer of the Chicago Department of Cultural Affairs and Special Events, said there are several reasons to make art a priority in a city.

Walkable cities combine the destination with the journey

"It's a benefit for public safety. If you have a sculpture in a park that people care about and have a sense of ownership of, there just becomes a different kind of stewardship over spaces," she said. "It can open it up to being a signal for who is welcome and invited into a space.

"Depending on the nature of the art, it can -- if we're talking about more socially engaged practice or something that's just a pop up in there for a few hours or a day -- spark dialogue and provoke some pretty critical conversations about what's happening in our city on a very big level."

"The percent for art ordinance also has stipulations about how our department manages that money," Ross said. "We are in communication with the Public Building Commission, the Central Office of finance for City Hall and the Department of Cultural Affairs where public art operates from and that budget becomes allocated or put aside into its own kind of funding."

Two hours north of Mansfield, in Toledo, the city created a "1 Percent for Art" ordinance. It provides funds to serve and connect regional artists and the general public to information and opportunities inspiring a creative life, according to its website.

"We aim to inspire a vibrant community in Toledo," the website states.

"The art becomes part of our life blood," said Nathan Mattimoe, Toledo's Art and Public Places Coordinator. "Most Toledoans are proud of the art -- even if they don't know much about it or the history, they feel it enriches our lives are proud of it."

Mattimoe said Toledo has about 50 major art projects and 45 minor or temporary art pieces. This year the city's ordinance has collected $237,000 for acquisitions or upkeep of the current art works. The money also provides funding for education initiatives such as classes on video production or pamphlets for a self-guided city tour.

From Bucyrus to Chicago, if a city needs to find an artist there are a number of ways to go about it.

"If it's a Percentage of Art project, we put a call out on our website," Ross said, explaining a location on the Chicago site where artists can place a bid for their project with a plan and letter of interest, resume and existing works.

The website lists the opportunity, has a written brief about the location and its content and criteria. Ross added her department is currently seeking Chicago artists for a project.

"It is at our discretion to choose whether we open that call up to the whole world of artists or decide that for a project of this nature it should be limited to a Chicago-based artist," she said.

There's not one answer to finding space for art in Chicago, Ross said. It's not in her department's mission to be a resource for private properties, hence they do not often work with private property owners.

In Toledo, Mattidoe said all the art the ordinance provides is built on city owned property.

But in the Windy City, the Chicago department has compiled a list of "pre-qualified" artists who have been good to work with and have worked with the city previously.

"You might have random people knocking at your door to do murals for you," she said. "This is the list of city-approved public artists that you can choose from that cover everything from a sculpture to a mural."

If a business owner contacts her department, they will send that list to the inquirer, Ross said.

"It is not going to be the responsibility of the city to work with them to do a public art mural," she said. "But I can say here are some artists you could consider that we've pre-approved and then it's on them to reach out and come up with agreements with artists."