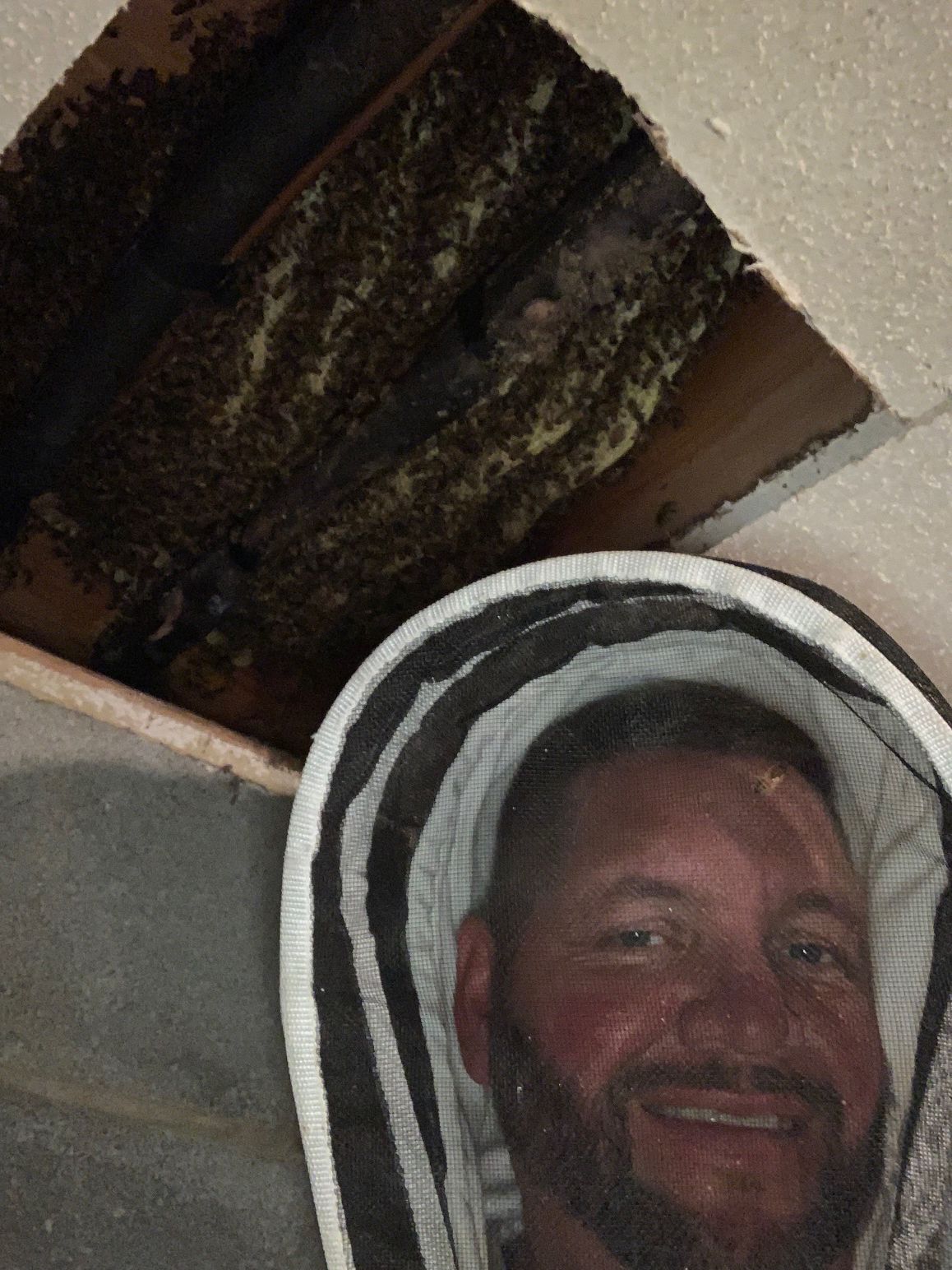 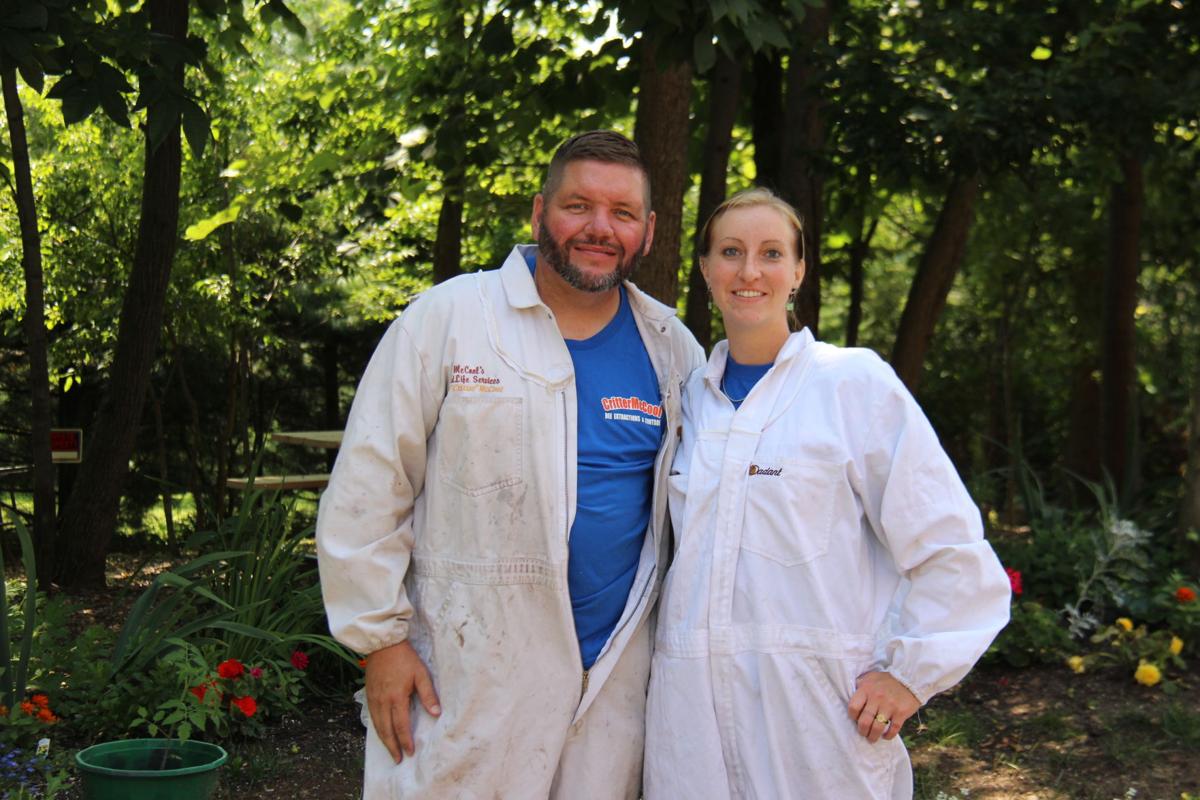 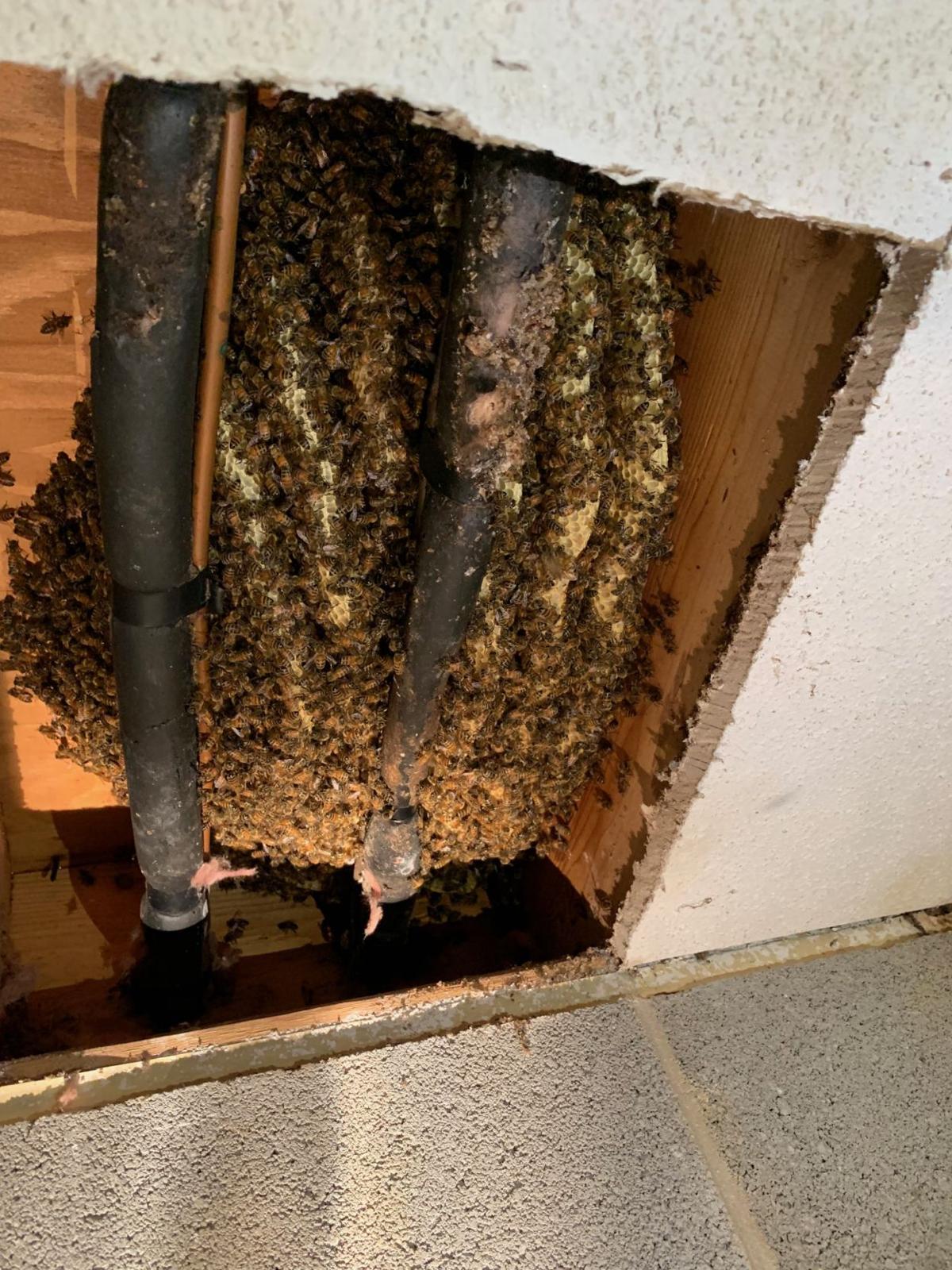 MANSFIELD -- A large bee hive fixed under the first floor of a Rivera Ridge Road was enough to get Eric "Critter" McCool buzzing.

McCool, one of the world's foremost stinging insect extraction experts, spent Friday removing a hive above a garage at 1665 Rivera Ridge Road.

"We have been hired by this client here to come out and look at this situation," said McCool, who had already sustained three honeybee stings that morning. "They've had several companies come and no one would touch it because it's so large and dangerous."

"I started just seeing insects (while) catching raccoons," he said of working with animal control. "At 14, I started making money at it. At 16, I actually quit school and started a company, and I've been doing it for more than 30 years."

He has performed over 35,000 jobs and been stung more than 8,300 times. He saves every insect he can, donating the evicted insects to bee keepers across the nation. He also operates the first pest control museum and education center and a stinging insect research facility.

McCool said he does not use pesticides or other chemicals to perform extractions.

He said he's performed some of the largest nest extractions ever documented, including a 2005 extraction of 1 million honey bees in Pennsylvania, 400,000 yellow jackets in 2014, and the largest honeycomb from a structure in the world in 2015.