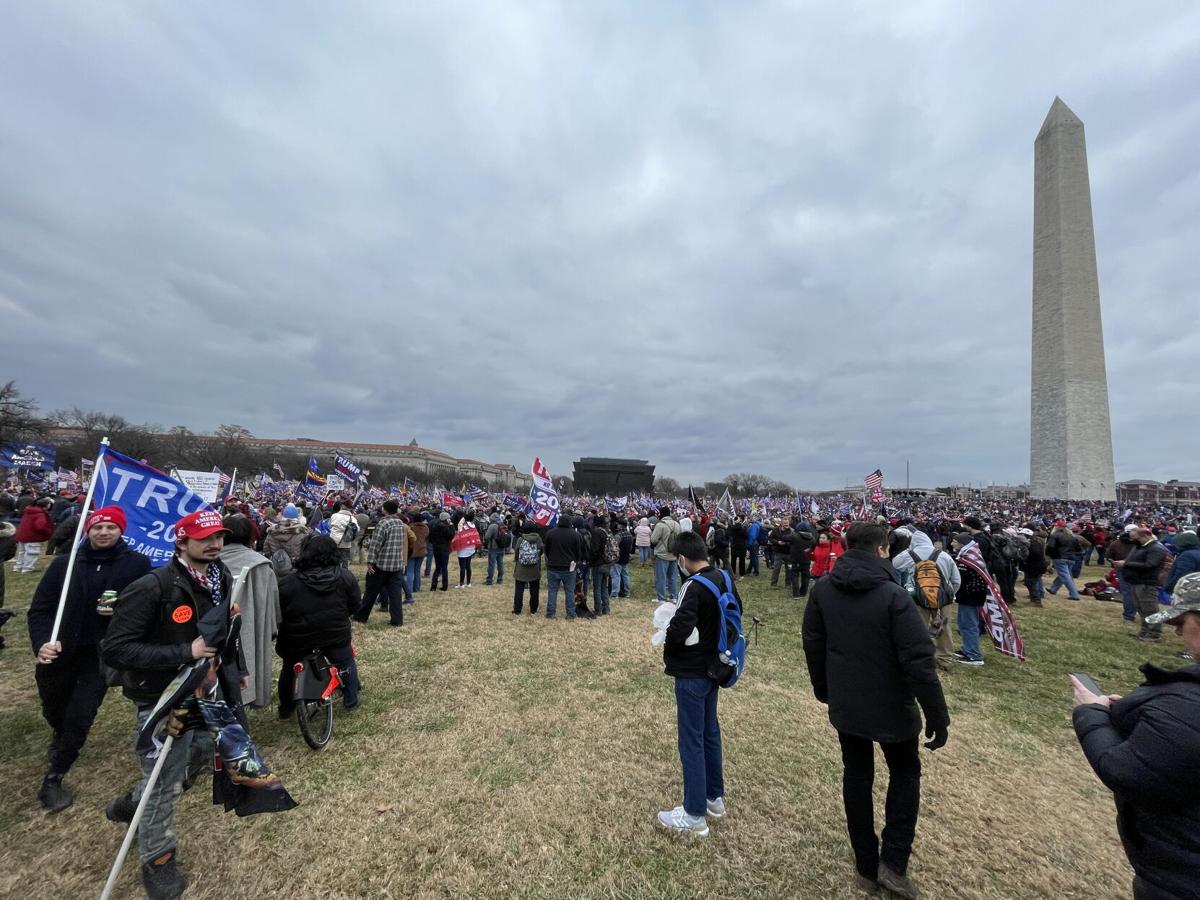 Hundreds of thousands gather Wednesday near the Washington Monument for a "Save America" rally. 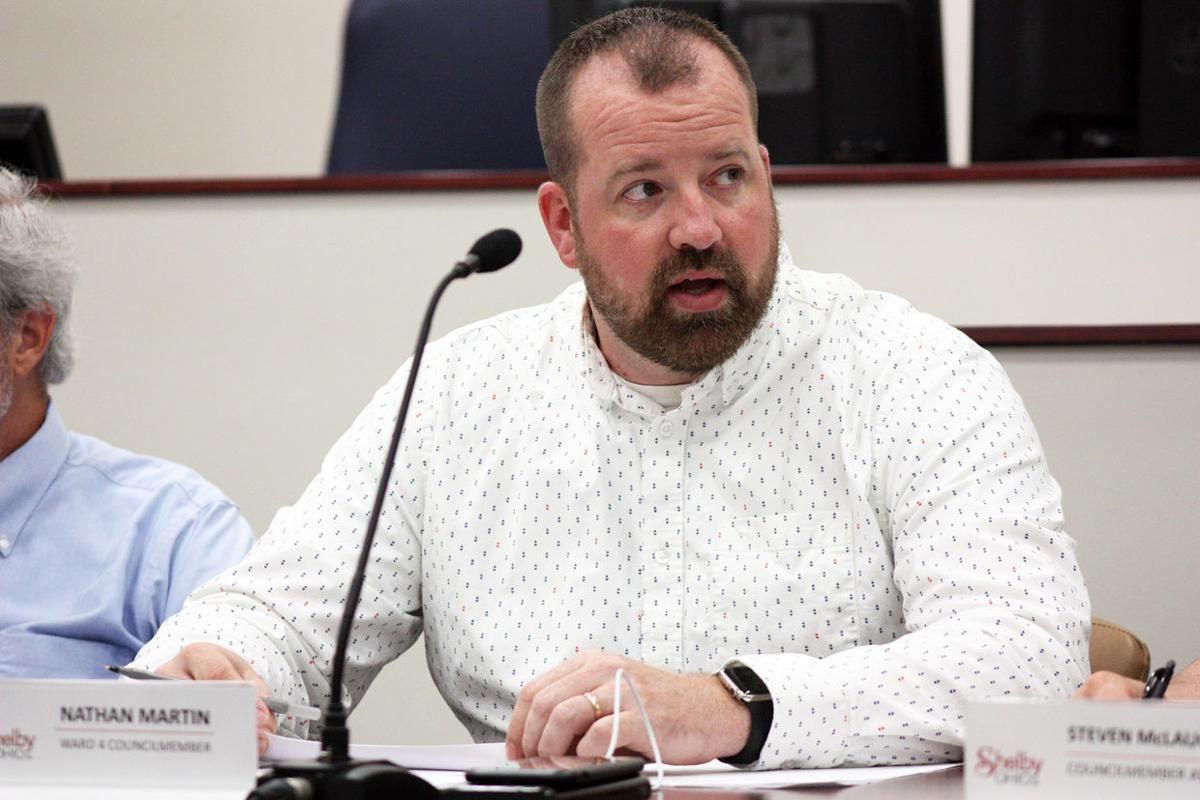 SHELBY -- Nathan Martin said he didn't go to Washington, D.C., on Wednesday to try to overturn an election.

The 39-year-old conservative Republican, who said he went to the "Save America" rally to demonstrate for election reform, condemned those who stormed the halls of Congress, a riot that has now left five dead.

One woman was shot by Capitol police during the assault. Three other participants died Wednesday from what authorities called "medical reasons."

A Capitol police officer injured during the riot died Thursday night in a D.C. hospital.

"We need to condemn all political violence," said Martin, who served in Iraq during his military service. "It doesn't get us anywhere we need to be. I look at citizenship as civic friendship. It's really unfortunate it ended that way.

"Anyone who went inside (the Capitol) should be prosecuted to the fullest extent of the law. It's a shame and it's sad anyone died.

"What's misunderstood is people who think this (rally) was all about Trump. It's been well documented I didn't support Trump in 2016. Ironically enough, that cost me an election. This goes far beyond Trump.

"I, and many others are concerned about the integrity of our elections ... about voter fraud ... about election reform. It should be a bipartisan effort. All of us should want to know our vote counts and is not washed away by fraud," Martin said.

He said sufficient questions have been raised about electronic voting machines, vote counting procedures and mail-in ballots to warrant a federal commission to examine the process.

"The goal should be zero fraud," he said. "I have a problem with people who say there was no fraud in this election. There is always some fraud in an election. Was there enough to overturn this (presidential) election? I question that. But I know (fraud) exists.

"We don't prosecute it enough and we need to."

Hundreds of thousands of supporters went to Washington on Wednesday from around the country for the event, headlined by a noon speech by President Trump at the Ellipse, a large oval-shaped field between the Washington Monument and the White House.

During that speech, the outgoing president told those in attendance to go to the Capitol, where members began meeting at 1 p.m. to certify the Electoral College results.

“We want to be so respectful of everybody,” Trump said, then describing his political opponents as "bad people."

“And we are going to have to fight much harder. And (Vice President) Mike Pence is going to have to come through for us, and if he doesn’t, that will be a sad day for our country. Because you’re sworn to uphold our Constitution.”

During his speech, Trump called the outcome of the election “this egregious assault on our democracy" and told supporters they should “walk down to the Capitol" and "you will never take back our country with weakness.”

The assault on the Capitol began soon after Trump concluded his speech and returned to the White House.

Members of the House and Senate adjourned and were taken to safety, returning late Wednesday night and into Thursday morning before completing their Constitutional task of certifying the election.

Martin said he went to the Capitol grounds later Wednesday afternoon, but never entered the building. He learned later in the day what happened inside the walls of Congress.

"I was heartbroken. It was unacceptable. It's similar to how I felt when people were breaking windows (during protests) at the state Capitol in Columbus last summer. It's criminal behavior," Martin said.

"I hate it. It was very hard for me to reconcile (the rally) and those of us outside with what I learned happened inside," he said.

"The behavior I saw outside (during the rally and outside the Capitol) was not indicative of the lunacy and criminal behavior that went on inside," Martin said.

A 2019 candidate for state representative, who earned a bachelor's degree in political science and a master's degree in teaching history and government, Martin said the nation must find a way to heal differences and find common ground.

"My hope is we can past the demonization of each other and find a way to offer each other a lot more grace. I have been guilty of that in the past ... we all have. We are on the precipice of a dangerous situation and we must find a way to heal as a country."

Why a former Amish man & Ashland resident traveled to Washington D.C. this week

The Ashland resident and former Amish man watched from the crowd as others -- "as small as flies in the distance" -- scaled barriers and broke into the U.S. Capitol building.