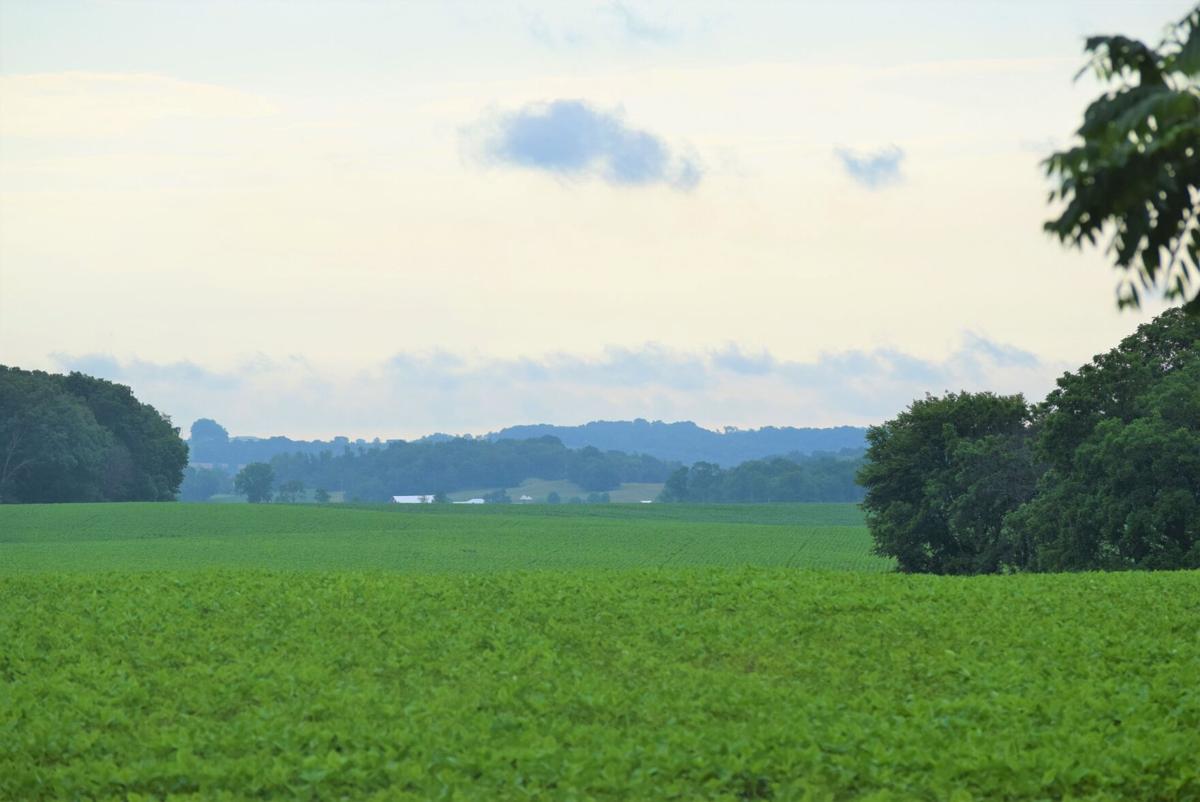 A rural Ashland County man said he saw a large, dark figure emerge from the trees on the right and walk diagonally in a northeasterly direction to the treeline on the left. The sighting of a potential sasquatch occurred on June 9. 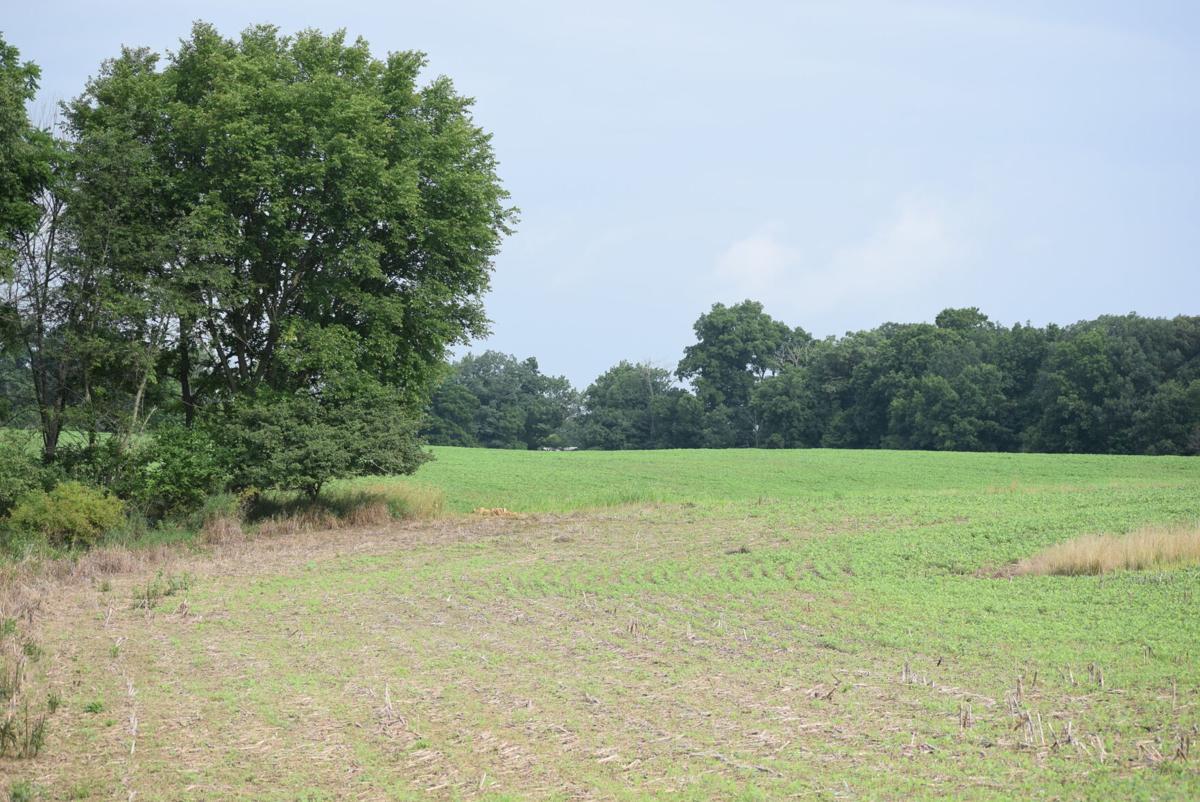 The dark figure on June 9 in rural Ashland County emerged from these trees and walked to the right, according to the man who witnessed it. 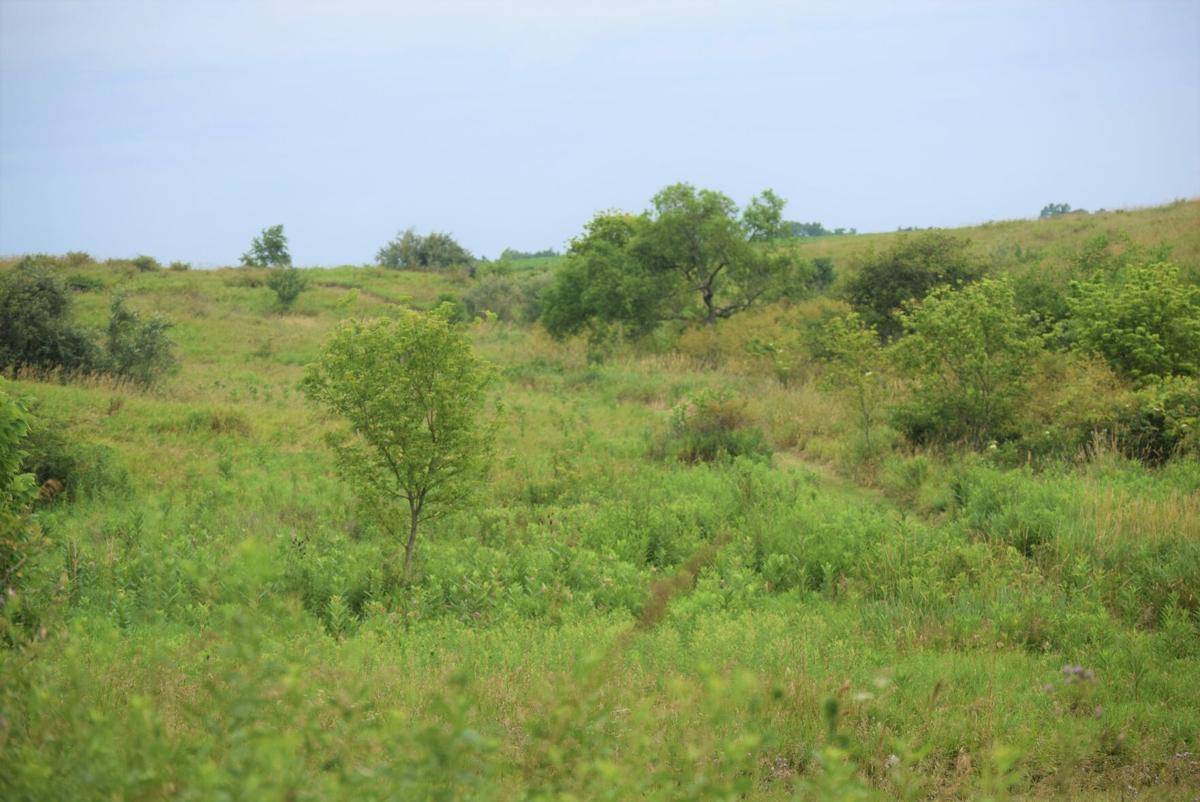 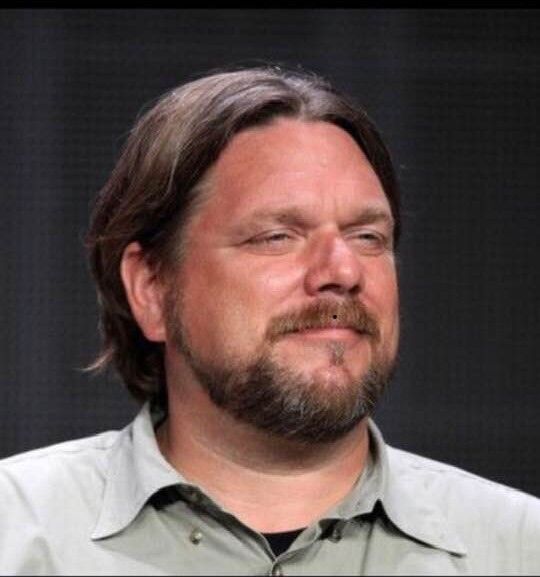 But with more than two decades of work in the law enforcement business, he also knows he saw something on June 9 that he can't easily explain.

Was it the second bigfoot sighting of 2021 in Ashland County, coming on the heels of a reported encounter near a 24-hour gym on April 24 just a few miles away?

No one, including the second observer, can say for certain.

"I have tried to explain it away, but I can't," the man said Friday from his home north of U.S. 30. "In all the years I have lived here, I have never seen anything like it."

Here's how he described it, including a report he filed July 6 with national sasquatch guru Matthew Moneymaker and his Bigfoot Field Researchers Organization website:

After a 90-minute summer afternoon rain, the man -- who asked his name not be used in this story -- was aboard his riding lawn mower when he saw something near the tree line next to a recently planted soybean field, perhaps 250 yards away.

A large, all-black figure, walking upright, emerged from the tree line, walking diagonally in a northeast direction, across the bean field, and then disappearing into another wooded area.

Stunned, the man stopped his mower and just watched. He had no way to record what he was seeing.

"It had been raining hard right before I mowed. I normally keep the phone in my pocket, but I didn't want to have it with me in case it started raining again," the man said. "It happened so quickly. There would have been no way for me to get back into the house and grab it. I knew it would be gone."

As the creature walked, the man drove his mower about 35 yards closer, to the edge of the bean field, unable to get closer.

"At that point, the dark figure was just east of the trail cam and I was hoping it would cross (in front of the camera), but it stayed to the north of it. It was following a deer trail," the man said.

"The whole time I was thinking, 'No one is going to believe me.'"

The man said the dark figure crossed the field in about 90 seconds without any trouble, disappearing into chest-high weeds and then into the tree line. He watched for several minutes to see if the figure would re-emerge, but it never did.

Deep depressions in the terrain also provide cover. The man pointed out someone could literally park a truck in the one of them that would not be visible from his property.

"I also scanned the tree line for any vehicles that might be there from someone walking, but there weren't any. I could not figure out what I had just seen. I finished mowing and I didn't even tell my wife about it until a few days later," he said.

He initially wondered if it was a neighbor checking a nearby trail cam. Or perhaps a mushroom hunter. Subsequent checks with his neighbors found out neither was the case.

"Who would have been out after that pouring rain, dressed in all black?" the man asked.

He searched the field for footprints, but found none. He later found and photographed two large impressions close to a nearby creek that could be footprints, including toe indentations.

Four days after the sighting, the man tried to re-enact the moment, using the services of his 5-11, 235-pound teenage son.

"We had him dress in a black sweatsuit that had white lettering and stripes on it. My wife took him on the golf cart to the area where I saw the black figure. I sat back at the wood pile on my mower to watch him. I had him put up his hood and walk the same path, three quarters of the way through the field," the man said.

He showed the video of his re-enactment to this Source reporter on Friday and the dark figure of his son was clearly visible, moving across the field.

The man realized the dark figure he saw initially was larger than his son.

"(My son) was trying not to walk on the newly planted soybeans and was also trying to miss the old corn stalks in the field. Because of this, it took my son longer to cross the field.

"He was close enough I could see the white parts of my son's sweatsuit with no problem," the man said, deepening his belief that the creature he saw on June 9 was completely black.

The man said he continually tried to think of some other explanation for what he saw that late afternoon, but could not. "It continued to bother me," he said, leading him to send his report to Moneymaker's website.

"I didn't think it was bothering me that much, but it really has," said the man, born and raised in Ashland County.

He admitted he was surprised when Moneymaker quickly contacted him and even more surprised when the sasquatch guru suggested he speak with local media outlets.

Moneymaker, who has seen the video and photos submitted by the Ashland County man, said Friday it's a "Class B" observation, which is for "incidents where a possible sasquatch was observed at a great distance or in poor lighting."

"He isn't sure about it, because of the distance," Moneymaker said during an interview from his California home. "It very well could have been a sasquatch. He is a credible witness who also tried to re-create what he had seen.

"He has lived there long enough to know you don't usually see people walking back there, especially coming out of the woods right after the rain," he said.

Moneymaker said the man was "right on the edge" in terms of distance from the creature.

"He could see the figure, see its color, see it walking upright and see how fast it was moving. It's difficult to say at that distance if what you are seeing is covered in fur or not," he said.

The sighting occurred in the kind of habitat Moneymaker said sasquatch prefer -- plentiful deer, nearby water sources and dense woods that offer cover and places to hide.

The sighting at the gym in April was reported by a woman who said she saw a "grayish" creature around midnight. Moneymaker said she and the man in the second sighting could have seen the same animal.

"I wonder if the artificial lighting could have reflected off the creature's fur in such a way that made it look grayish. I do think it's very possible it's the same one," he said.

"The man here saw a pretty tall critter moving along at a good clip," Moneymaker said. "There is nothing he or I have found yet that could rule out it being a sasquatch. There is nothing that clearly shows it was a person," he said.

Moneymaker, former star on TV's "Finding Bigfoot" on Animal Planet, said he understands the man had a prior interest in sasquatch.

"The fact the witness in this case was previously interested is something that is coming up more and more as we have more sightings. Does it influence their perception...or does it make them more observant? I think it makes them more observant and willing to consider alternatives that others may not," Moneymaker said.

"We think other people in the area should be paying attention. He felt it should be reported. Our website and our database are not just for cases where the person is 100 percent sure he saw a sasquatch," Moneymaker said, adding the man's report will be added the website in the next few days.