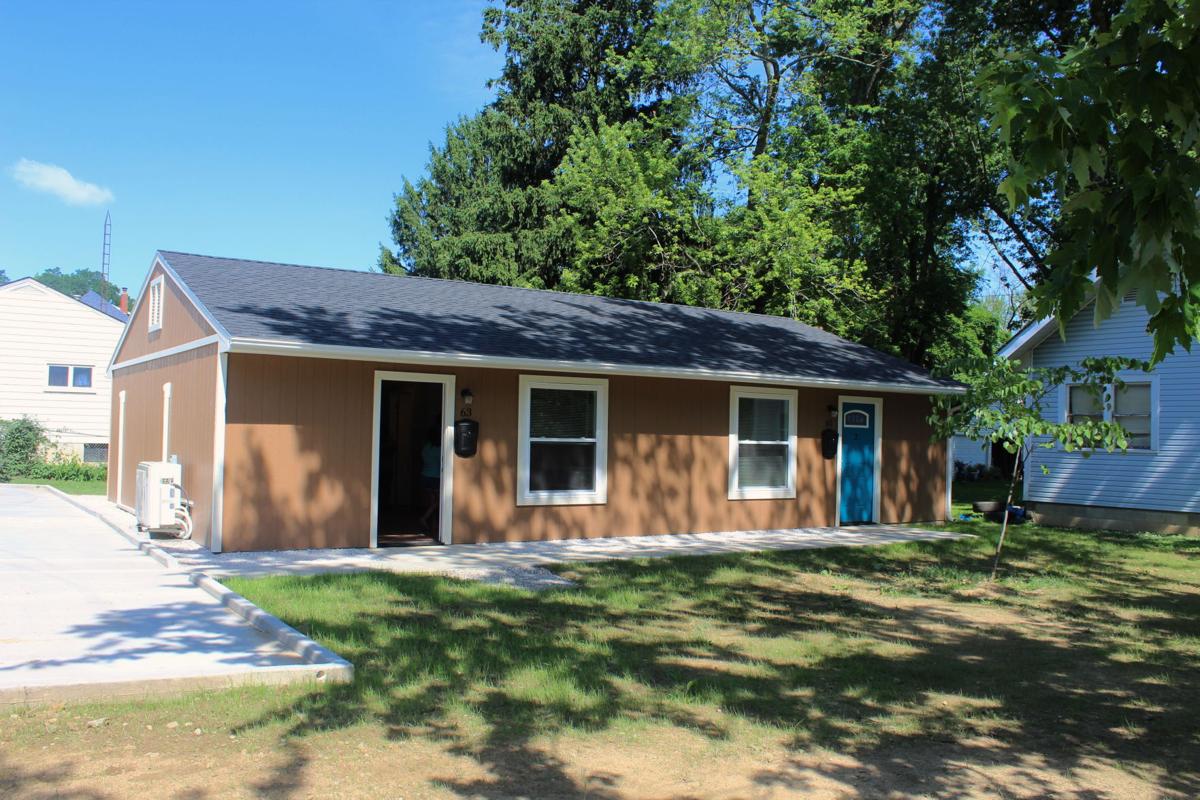 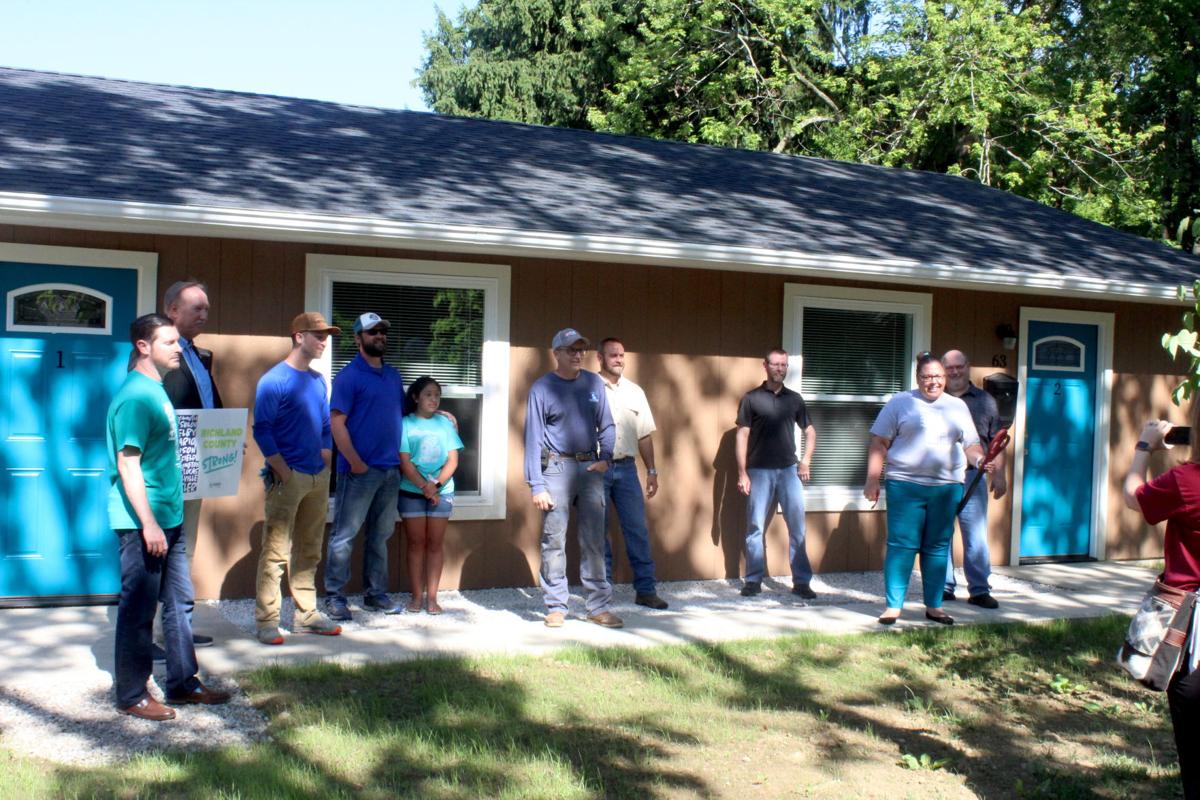 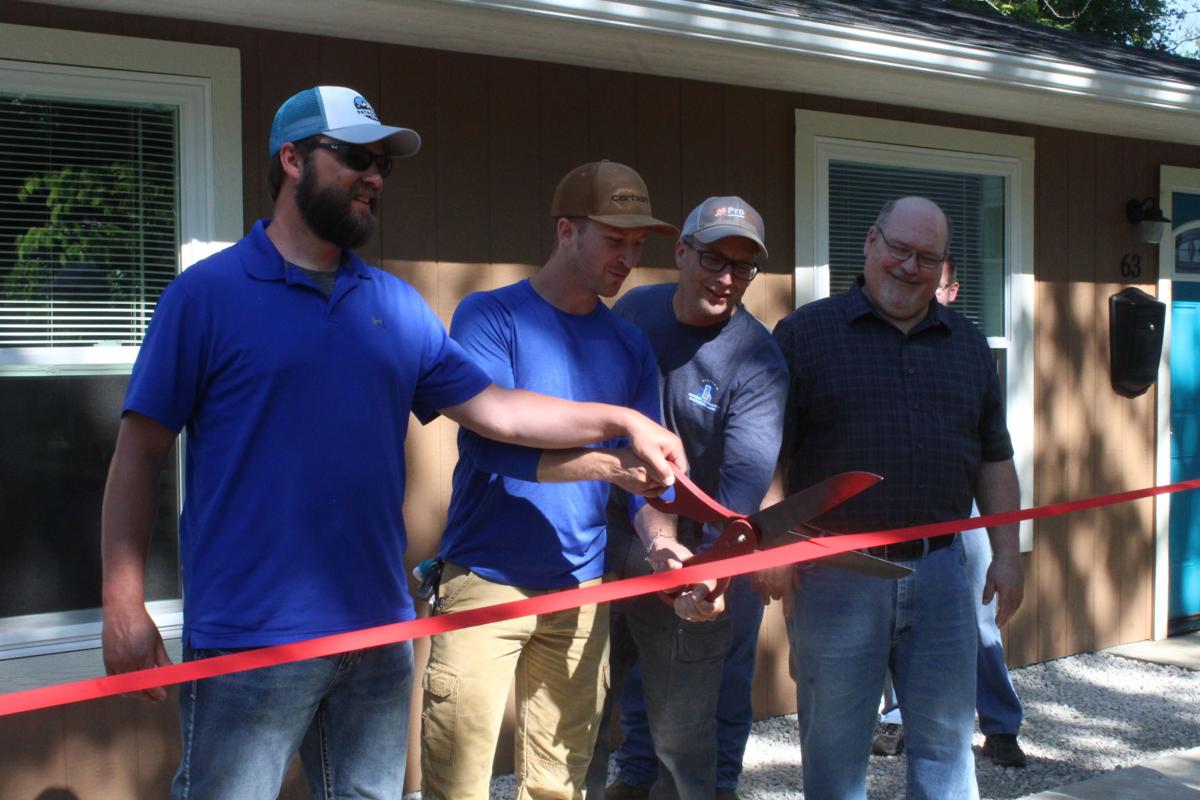 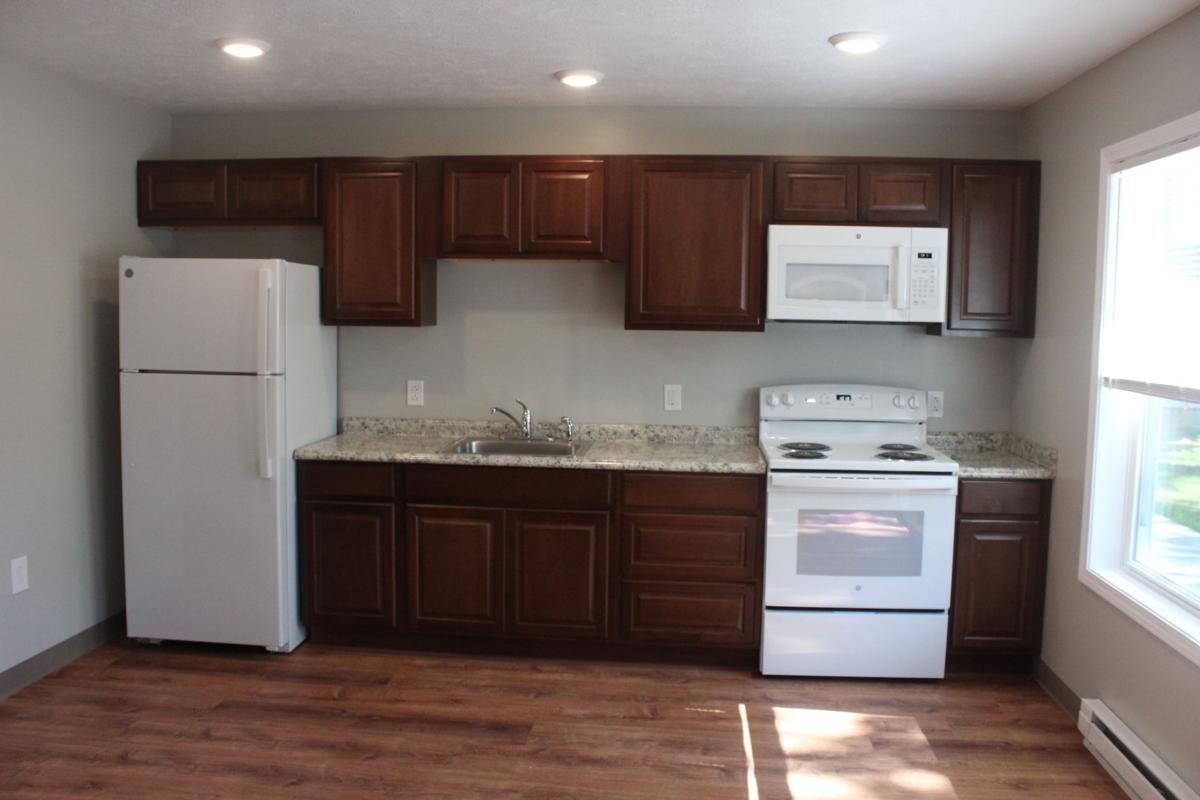 Each of the new apartments has a fully-applianced kitchen. 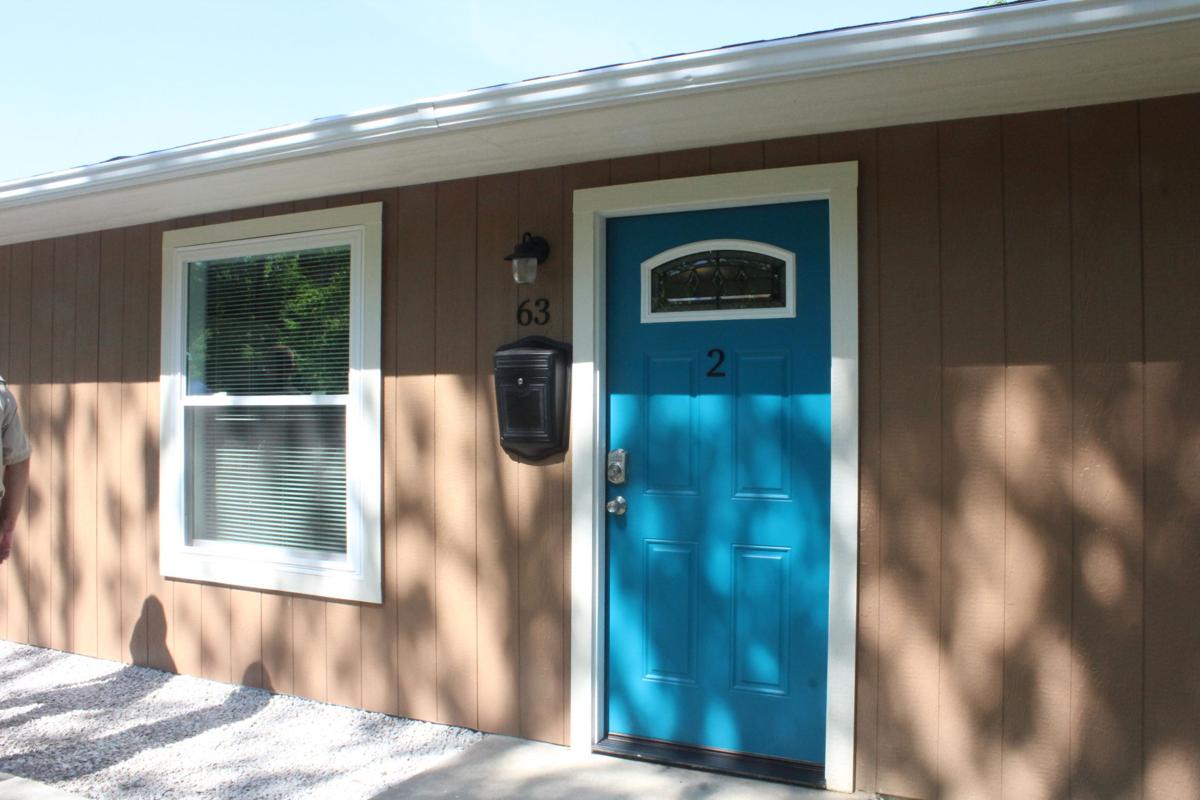 MANSFIELD — Once the site of two tax-delinquent, ramshackle houses, the corner lot at 63 Rowland Ave. is now home to a new set of apartments.

The grand opening of the duplex Monday morning was an exciting step, not only for the developers who built it, but the land bank as well.

"This is what you have a land bank for -- that redevelopment,” said Richland County Treasurer Bart Hamilton, the land bank board president. "This is just the beginning of a lot of new construction we're going to be getting soon."

The apartments on the city's northwest side were built by Blue Door Development, run by William Barber and Chris McCauley. Each one-bedroom unit has an applianced kitchen, washer and dryer hookups, keyless entry and a remote-controlled air conditioning and heating system.

According to Barber, the apartments are also energy efficient, with thick walls and tight insulation mirroring how homes are built in his home state of Alaska.

Barber said it was opportunity that motivated him to move to Mansfield in 2017.

“Mansfield has a lot of opportunities that other places don’t,” Barber said, citing the land bank and general availability and affordability of land.

McCauley has been involved in Mansfield-area real estate for the last 20 years, but has just begun venturing into new builds.

“I’ve bought, sold, owned, rented, and managed a couple hundred units myself, and I was tired of remodeling things and that’s when the lightbulb went off,” McCauley said.

The brand-new duplex is just the beginning of Blue Door Development’s plans for Richland County. Blue Door plans to construct another 98 housing units within the next 10 years on properties acquired from the land bank.

The company will break ground on its next project -- four one-bedroom units on South Franklin Avenue -- on July 6.

“We’ve got to get rents up so people can afford to build these places and we can attract more people,” he concluded.

Barber said Blue Door will likely construct some two and three-bedroom units in the future, but decided to begin with one-bedroom units based on the demand.

“We have 130 rentals right now and all our one-bedrooms are full,” he said.

Since its founding seven years ago, the land bank has overseen the demolition of nearly 600 dilapidated homes and the transfer of nearly 800 parcels. While the land bank will still work to eliminate blight, Hamilton said he’s excited to see new housing being built on former land bank-owned properties.

According to Hamilton, higher property values will encourage more housing development at all price points, even affordable housing.

“This is where you start,” Hamilton explained. “You start with the non-subsidized stuff because this helps establish a real market value. And when it comes time for HUD to establish rents that are going to be subsidized, they’re going to look at these and it's going to help get a better rent for the landlord, and the tenant’s portion is not going to change.”

"For those of you who don't think Mansfield's a happening place, check this out,” Mears said. “This is a testimonial, this is just the beginning."