MANSFIELD -- Jennifer Kime wants to make downtown Mansfield a destination, not just a place to travel through on the way to somewhere else.

The Downtown Mansfield Inc. CEO, along with city engineer Bob Bianchi, presented a Main Street corridor improvement plan to Mansfield City Council on Tuesday, offering a detailed roadmap in keeping with the goals of the Mansfield Rising downtown reinvestment plan.

"One of the things we have heard time and time again from residents, businesses, stakeholders and others is the need to improve the arteries going into the downtown, especially Main Street," Kime said. "We have looked at the current conditions, discussed what we wanted to see and (examined) what was possible."

She said the effort to replace the nearly 40-year old streetscape would spur visitation to the downtown, promote business growth and increase economic investment in the area while also honoring the city's long history.

Kime and Bianchi made their presentation -- representing a steering committee that began work on the effort in 2019 --  to a City Council streets committee meeting. The effort Tuesday was to explain two pieces of legislation aimed at beginning the Main Street improvement from First Street to Fifth Street. 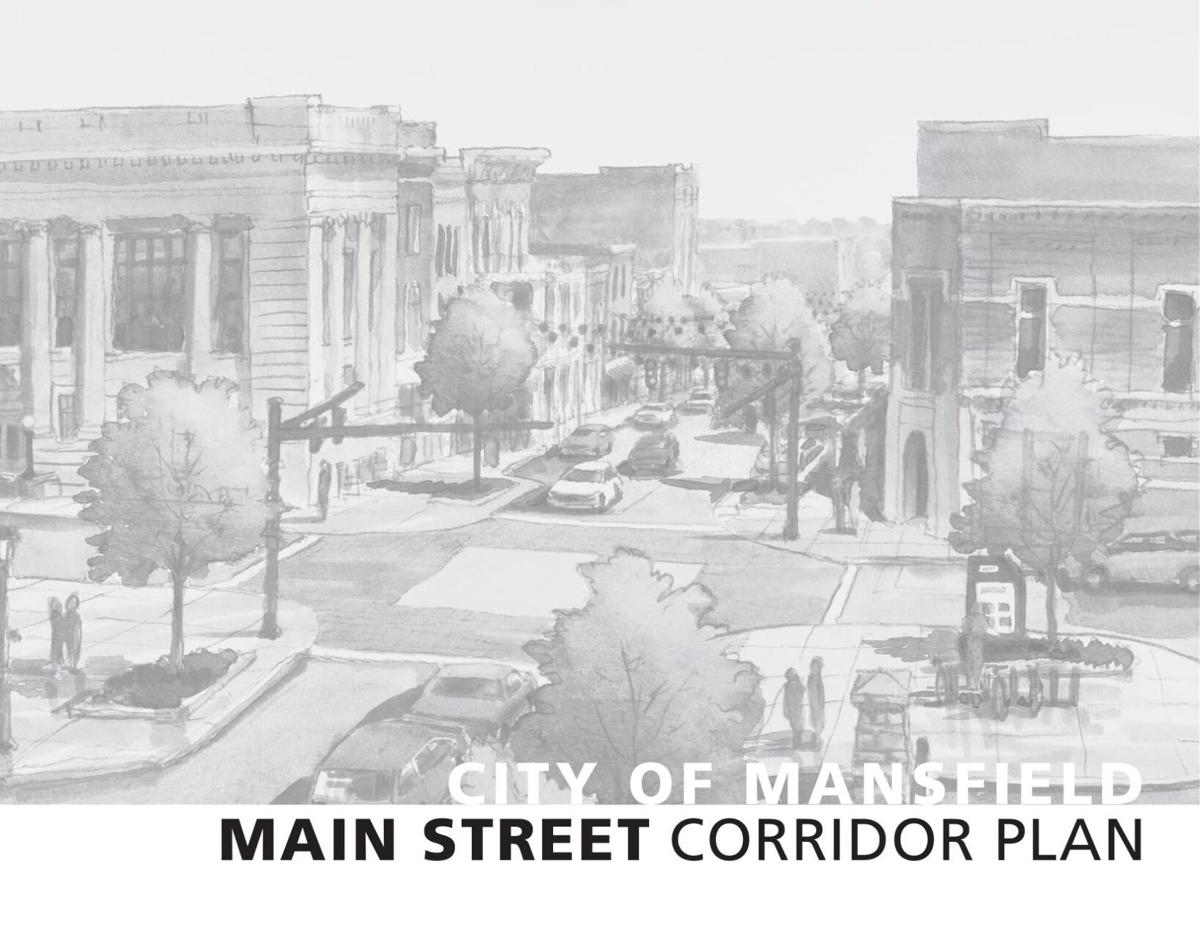 "This would be a major, significant improvement to the downtown corridor," Bianchi told Richland Source on Monday. "It's aimed at beautifying the corridor, making it pedestrian friendly, adding placemaking features, new lighting fixtures, new sidewalks and brick crosswalks."

Council is scheduled to give legislation authorizing a two-year design and engineering process three readings on Jan. 19, Feb. 5 and Feb. 16, voting on the measures at the second February meeting. No members of council were critical of the proposal during Tuesday's meeting.

That design/engineering effort is estimated to cost just over $1 million dollars, 90 percent of which will be paid for with federal grant dollars through the Richland County Regional Planning Commission. The remaining 10 percent, or about $100,500, would be paid by the city using permissive sales tax funds, Bianchi said.

Kime said as the downtown and community have continued to improve in recent years, the current infrastructure has not kept pace. "This melds with what we are developing and where we are at," she said.

"Its rhythm of blocks and intersections creates a series of public spaces by which people move, socialize, and do business. The corridor provides important opportunities to improve the quality of life for those who live, work, and play in downtown Mansfield," the plan's introduction said.

"In 2018, the Mansfield Rising Downtown Investment Plan identified Main Street as a high-priority action item. This (plan) builds on those recommendations and establishes a new vision for Main Street from First Street to Fifth Street through downtown. In addition, this plan also considers possible improvements to Central Park as a result of its relationship to Main Street and its importance as the historic public open space of downtown," the plan said.

One part of the plan is to connect the two halves of Central Park with pedestrian-friendly "speed tables" that allow for easy access across Park Avenue, helping to make the park more of a safe, central gathering place.

Kime and Bianchi public involvement, including residents, merchants, business owners and City Council members, will be crucial throughout the process, including the actual construction plan and schedule.

"What you have seen is a plan that now needs to be put to paper," Bianchi said, adding the two-year study would also study the feasibility and possibilities of converting Main Street to two-way traffic.

Mansfield converted Mulberry Street to two-day in 2019 and has approved a similar effort on Diamond Street to be done this summer.

"We not asking council to bless the entire project at this point, just the design," the engineer said.

-- approved a resolution declaring 2021 to "be a year of growth, diversity, education and community cooperation."

-- approved acceptance of a $2,000 grant from FM Global to be used for the purchase of fire investigation equipment.

-- approved acceptance of a $8,514.38 grant from the Ohio Attorney General's Office to purchase five fast-attack tactical platform vests. The total price for the vests is $11,352 with the city contributing $2,838.12 from its drug law enforcement fund and law enforcement fund.

-- approved the acceptance of a $28,205.62 grant from the Ohio Office of Criminal Justice Services to defray the costs of forensic science overtime, training, travel and equipment with $25,636.19 designated for the opioid drug crisis. 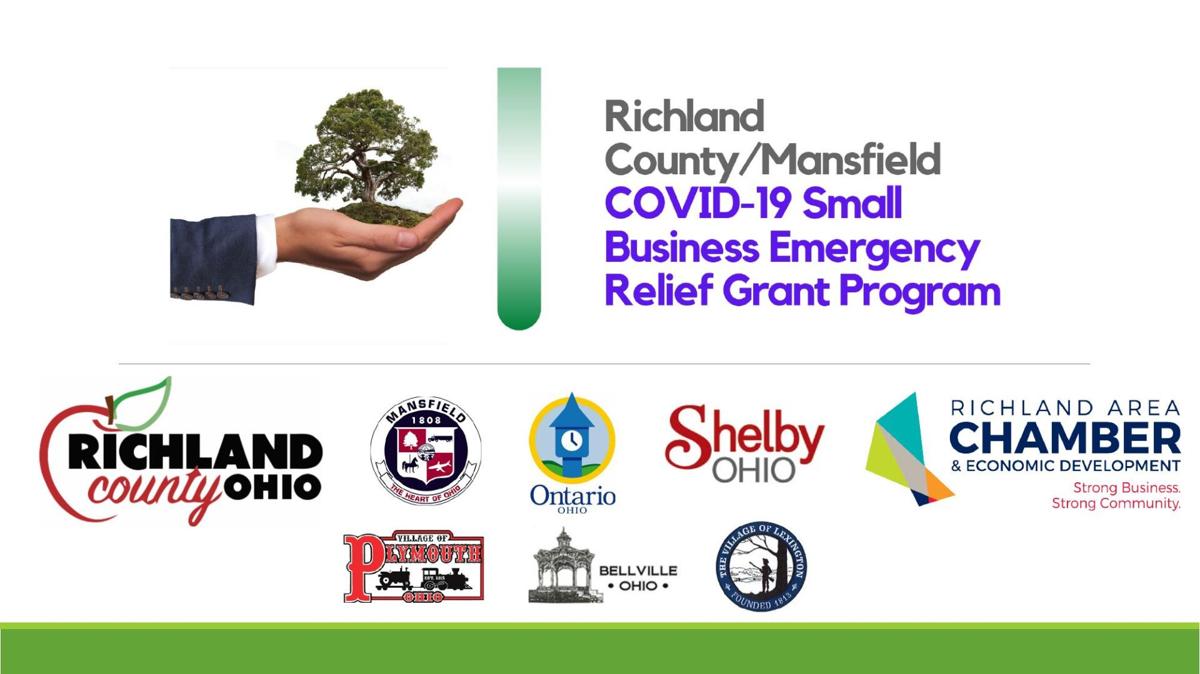 Council also heard a presentation from Jodie Perry, the president/CEO of Richland Area Chamber and Economic Development, on how the county provided more than $2.7 million in 2020 for 468 small businesses and nonprofits through CARES Act federal funds.

The funds, allotted by the City of Mansfield, Richland County commissioners and smaller governmental entities around the county, came through the COVID-19 Small Business Emergency Relief Grant Program.

Mansfield City Council, which has approved the two-way conversion of Mulberry Street and Diamond Street in the downtown in the past two years, is expected to discuss improvements to Main Street on Tuesday.