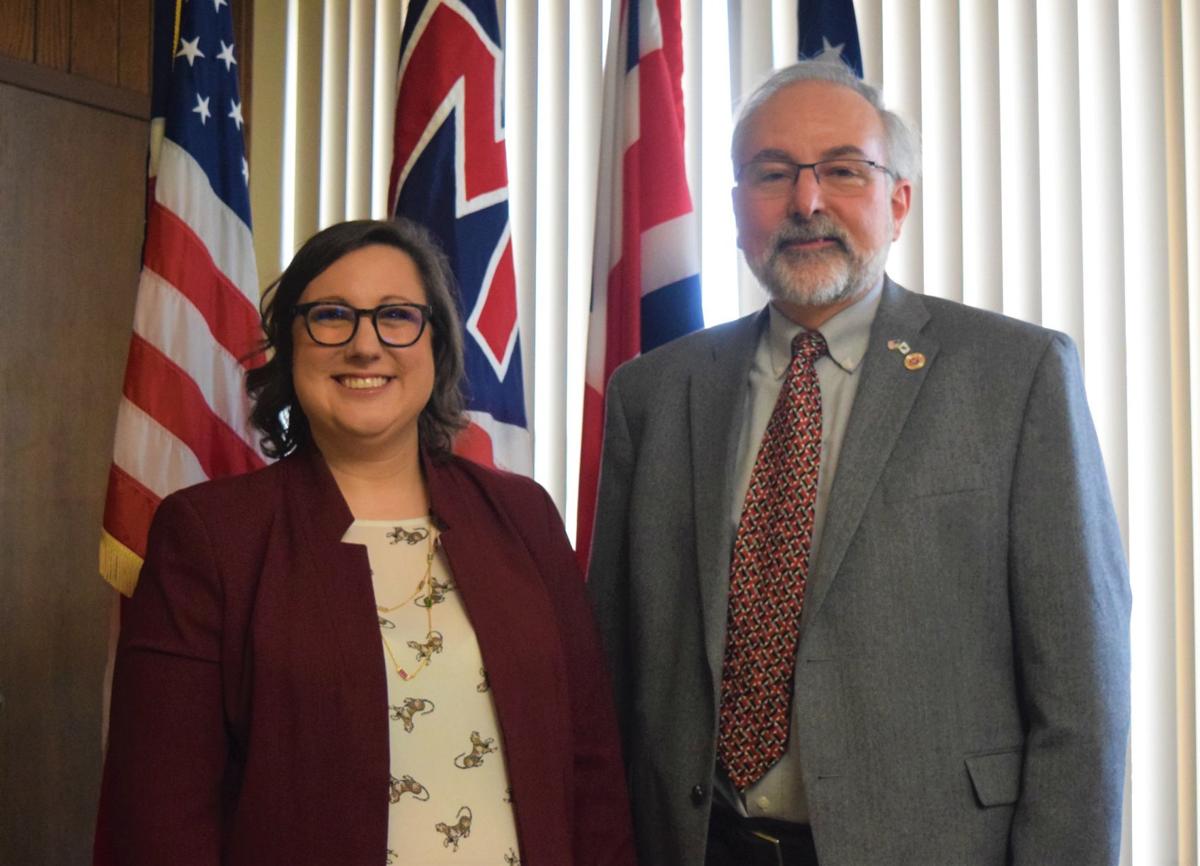 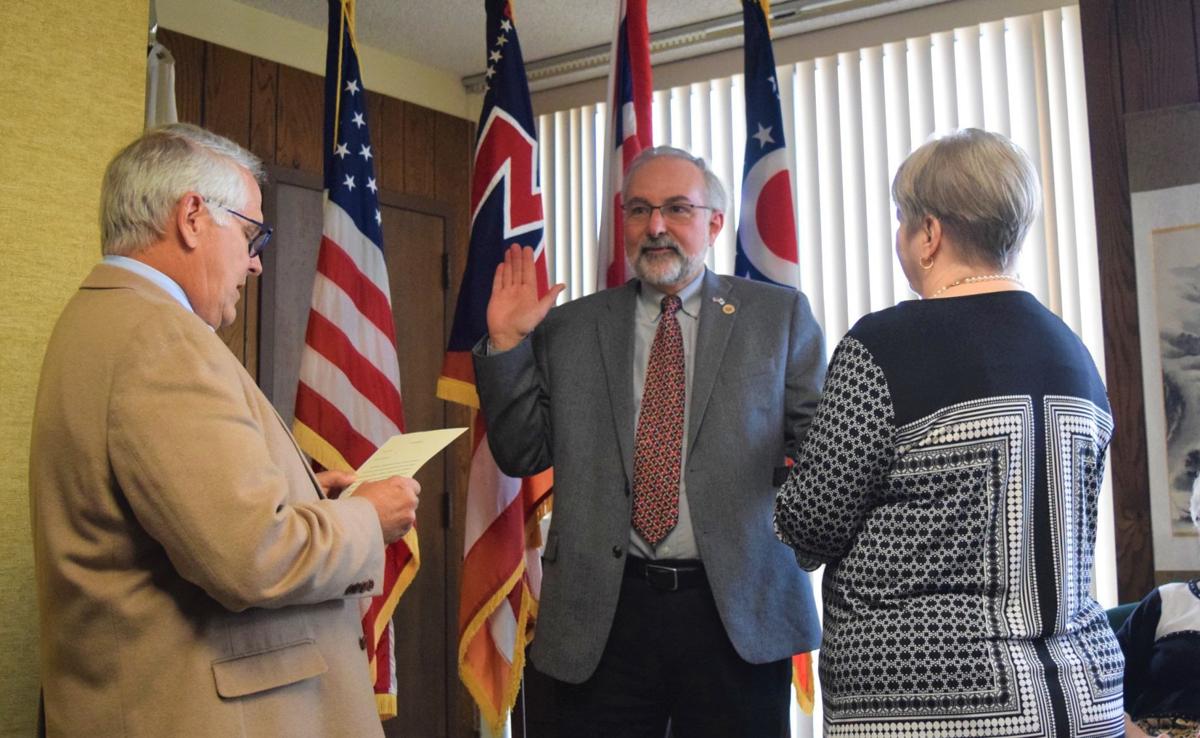 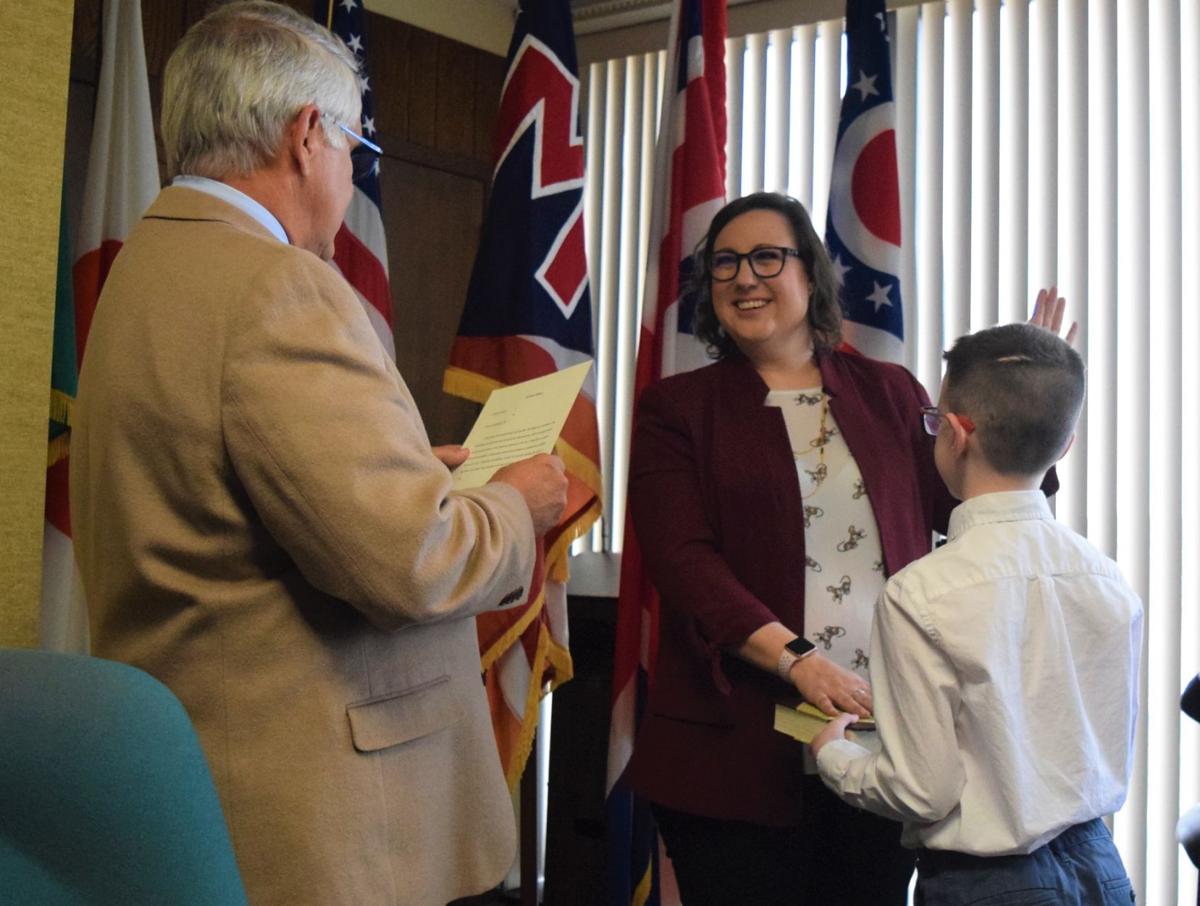 MANSFIELD -- Neither David Falquette nor Laura Burns can claim they didn't know what they were signing up for Friday afternoon.

Both Republican city council members were sworn into office by Mayor Tim Theaker -- Falquette to an at-large seat and Burns representing the city's 1st Ward.

Falquette, 59, was midway through his first term representing the 1st Ward when he was appointed by local Republicans to replace Cliff Mears, who was elected council president in November.

Burns, 38, selected by the party to replace Falquette, has been a frequent visitor during council meetings and plans to hit the ground running at the group's next meeting Tuesday.

Such political divisions were on the back burner Friday in Mayor Tim Theaker's conference room for ceremonies attended by family, friends and political leaders, including Mears, Van Harlingen, Taddie and Meier, as well as Richland County commissioners Tony Vero and Darrell Banks.

Falquette ran for an-large seat in November, losing to Scott, who was term-limited out after three terms as council president. Falquette fared well in the campaign, earning 49 percent of the vote.

"I enjoy working on citywide issues and I see more to do in 2020," Falquette said. "I think it will make sense bringing people together from the at-large seat.

"I'm looking forward to doing some more exciting things than (in the) previous two years on council. I am sure there are some more codes and permits things to work on. We've got some parks issues that are coming up. We're gonna move this thing along and we are looking to making Mansfield better and better every year."

Burns said this week she senses a disconnect in the 1st Ward among some residents.

"The people in the 1st Ward could be more involved and I want to set the tone," she said. "I want to bring the information to the residents in the ward and work with them.

"I am very excited  to get to work with everybody this year ... be part of a team and continue to build our city up," Burns said.