Appointed to City Council by local Democrats in 2014 to fill an unexpired term and who ran unopposed for re-election in 2017, Lawrence told Richland Source on Thursday the decision to change parties was based upon his own beliefs system.

He filed paperwork with the Richland County Board of Elections on Dec. 23 to announce his change to the GOP and is now circulating petitions to get onto the 2021 ballot. 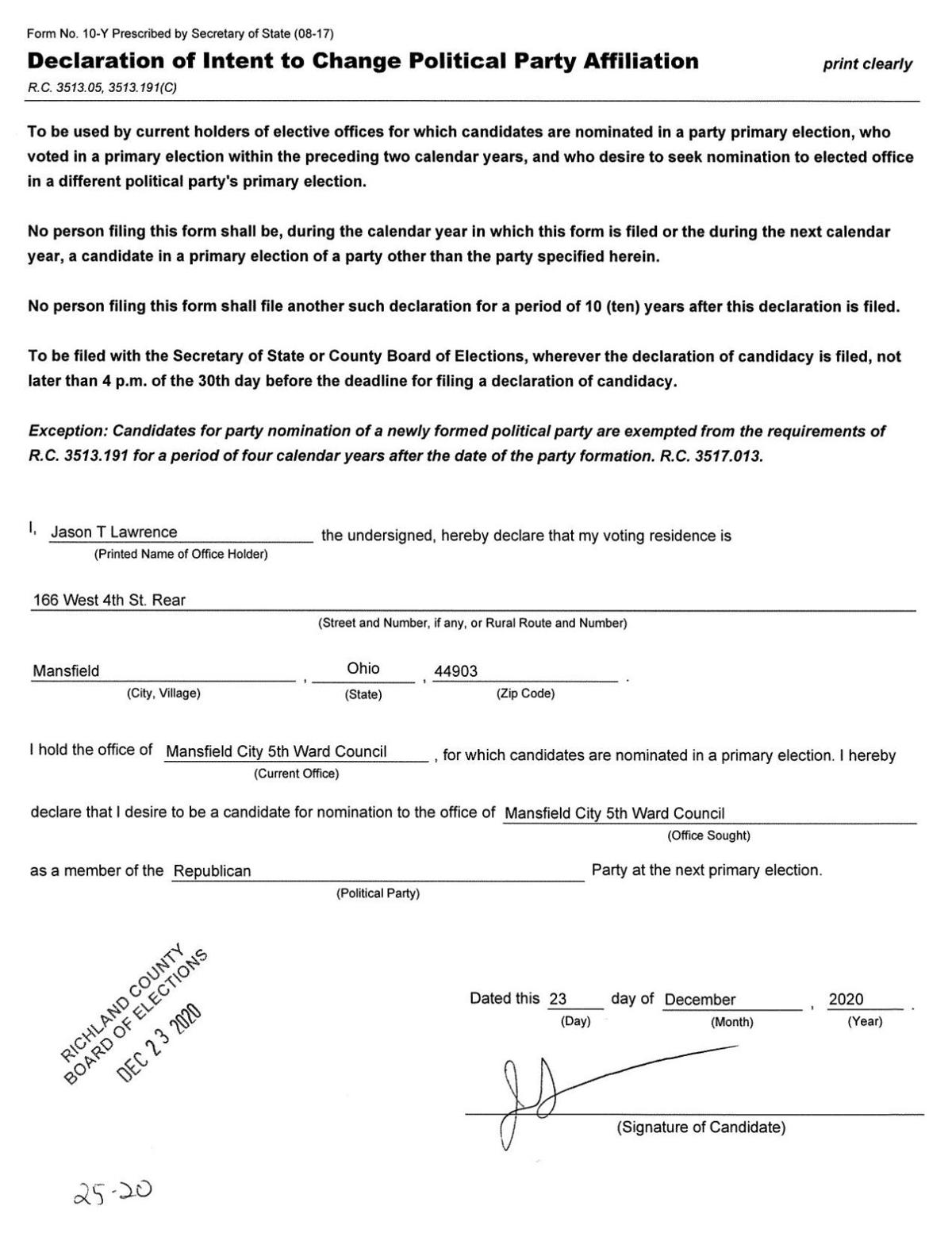 "I believe I have served (the 5th) ward well," said Lawrence, a 1987 Malabar High School graduate who earned a bachelor's degree in business administration from Mount Vernon Nazarene University in 2010.

"When I joined council, the Rs and Ds didn't really matter. It was about serving your community," Lawrence said.

In the last few years, heated political fights over backyard chickens, a medical marijuana dispensary and a resolution proclaiming racism as a public health issue have convinced Lawrence his beliefs are more in line with the Republican Party.

Lawrence supported the program that would have allowed the chickens, opposed a medical marijuana dispensary and voted against the racism resolution.

"That's when lines started getting drawn in the sand. For me and my beliefs system, I vote more along the lines of a Republican," he said.

For example, he said, "surrogates" for the Democratic Party came to council after the medical marijuana dispensary issue to criticize he and other Democrats for their opposition.

"They said the Democratic Party stands for marijuana," Lawrence said.

The councilman, who leads council in prayer before each legislative session, has been the treasurer at the Godsfield House of Prayer since 2008 and has served on the Fusion Church financial council since 2012.

"I am a Christian and a man of God and the Republican Party is more aligned with my belief system. The timing is right (to make the change) with the election coming up," Lawrence said.

Lawrence, who has worked since October 2018 as a customer service specialist for Mechanics Bank, also worked as a youth specialist/supervisor for the Richland County Juvenile Court from 2013 to 2018. 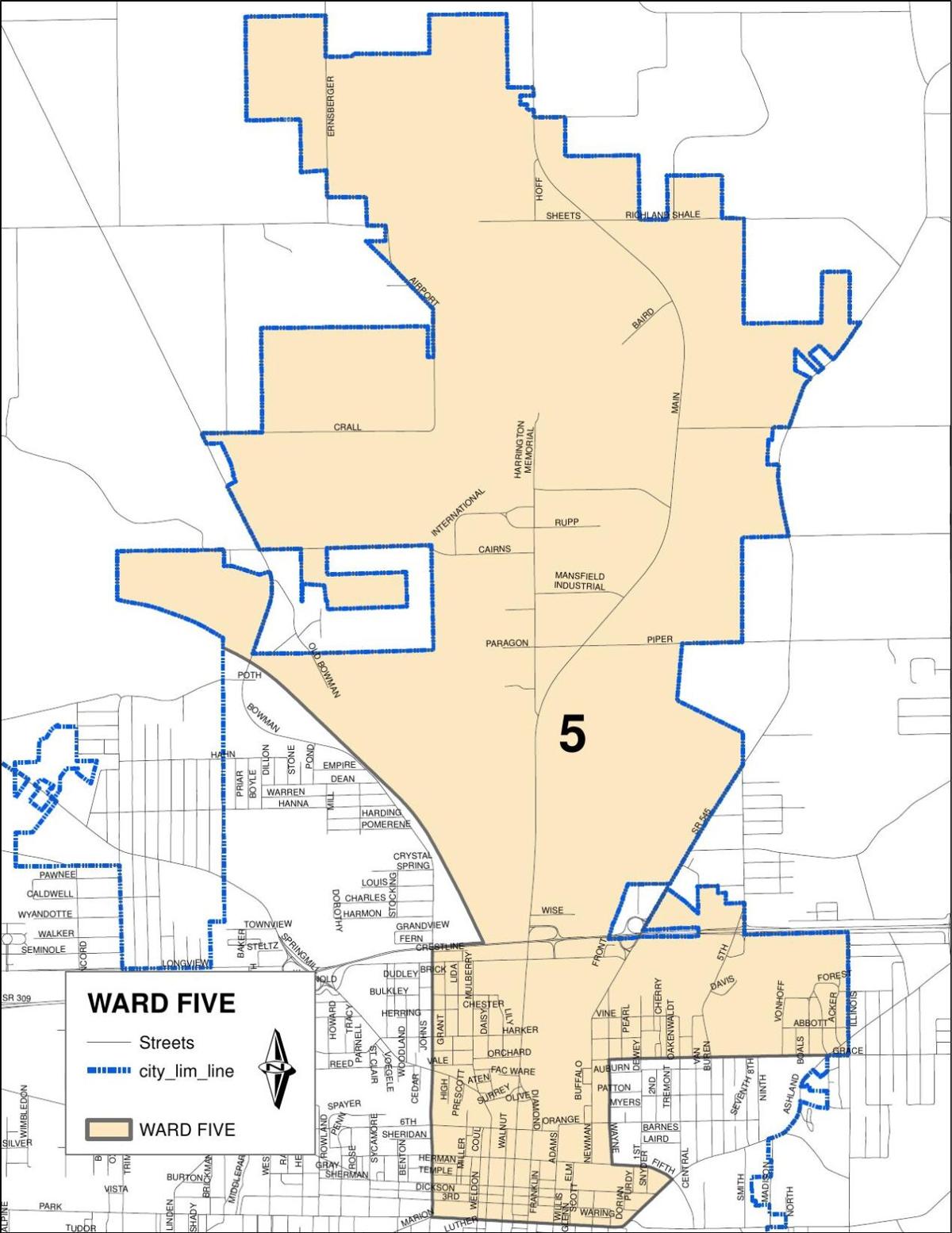 Lawrence said he was told after his vote against the the racism resolution in August 2020 that the Democratic Party was unhappy with him.

"They said Aurelio was being groomed to run against me in the 5th Ward. For me, that was the writing on the wall. I need to go ahead and stand up and be who I am ... a Republican," Lawrence said.

Republicans occupy the 1st Ward (Laura Burns), an at-large seat (David Falquette) and the president of council.  The local GOP will have to appoint a new president to replace Cliff Mears, who was selected Wednesday night to fill a county commission seat.

The 1st, 3rd and 5th ward seats are up for election this year, as is the at-large seat now held by Falquette.