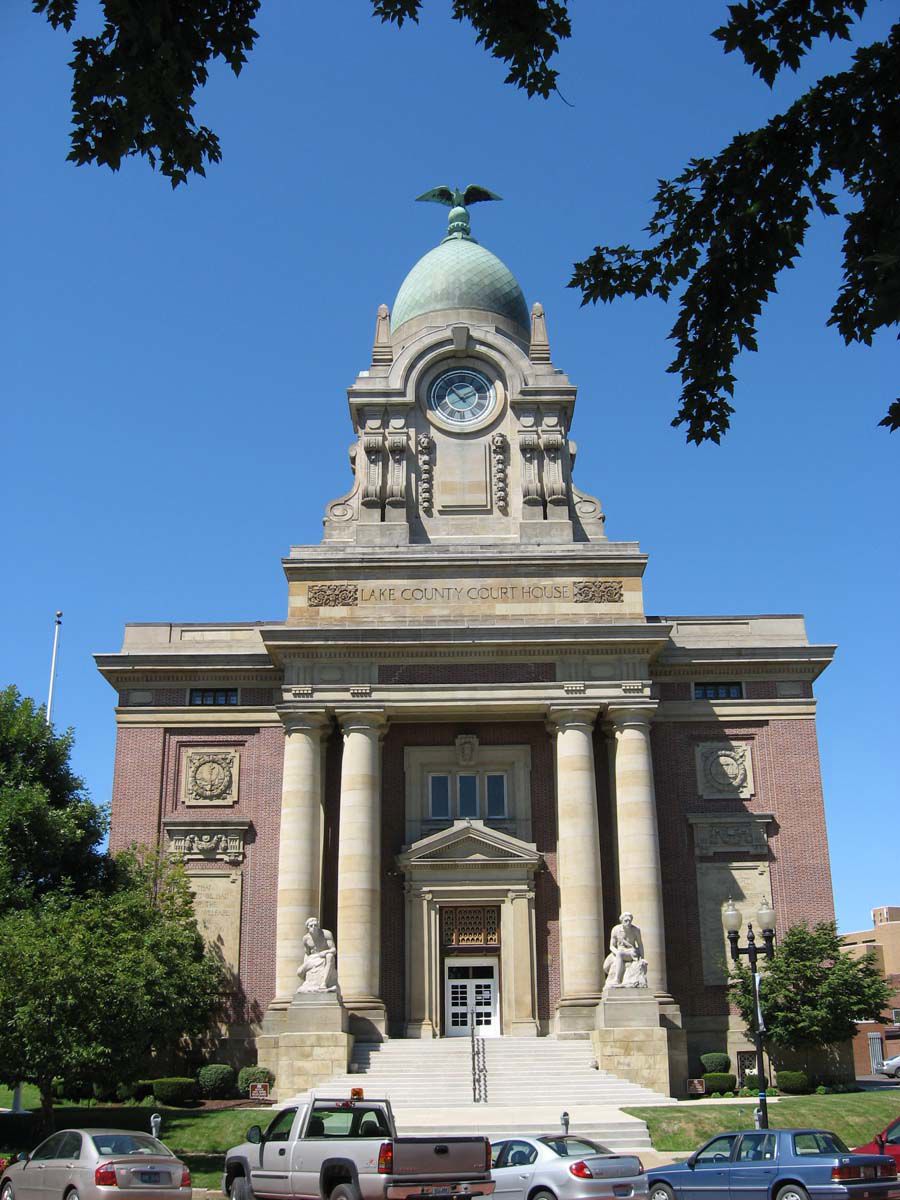 The Lake County Courthouse in Painesville. 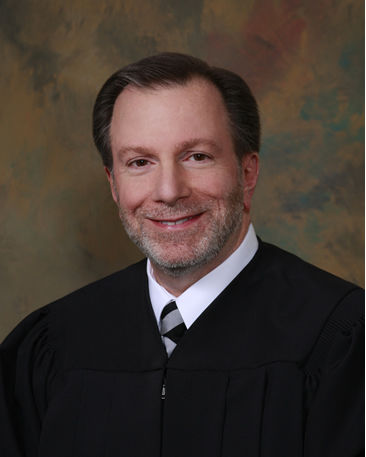 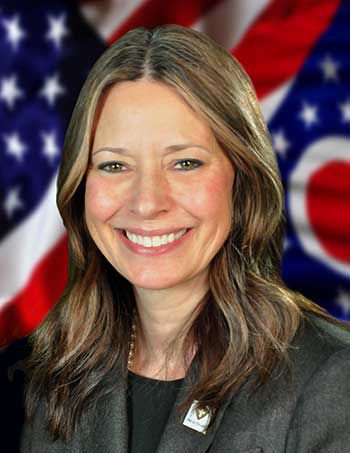 PAINESVILLE -- A county judge on the shores of Lake Erie ruled Wednesday that Ohio has overstepped its authority in closing gyms and fitness centers for two months in response to the COVID-19 pandemic.

In his ruling, Lucci said Ohio law allowed Acton to isolate sick people and quarantine people exposed to illness during the incubation period for a disease, about 14 days in the case of coronavirius. 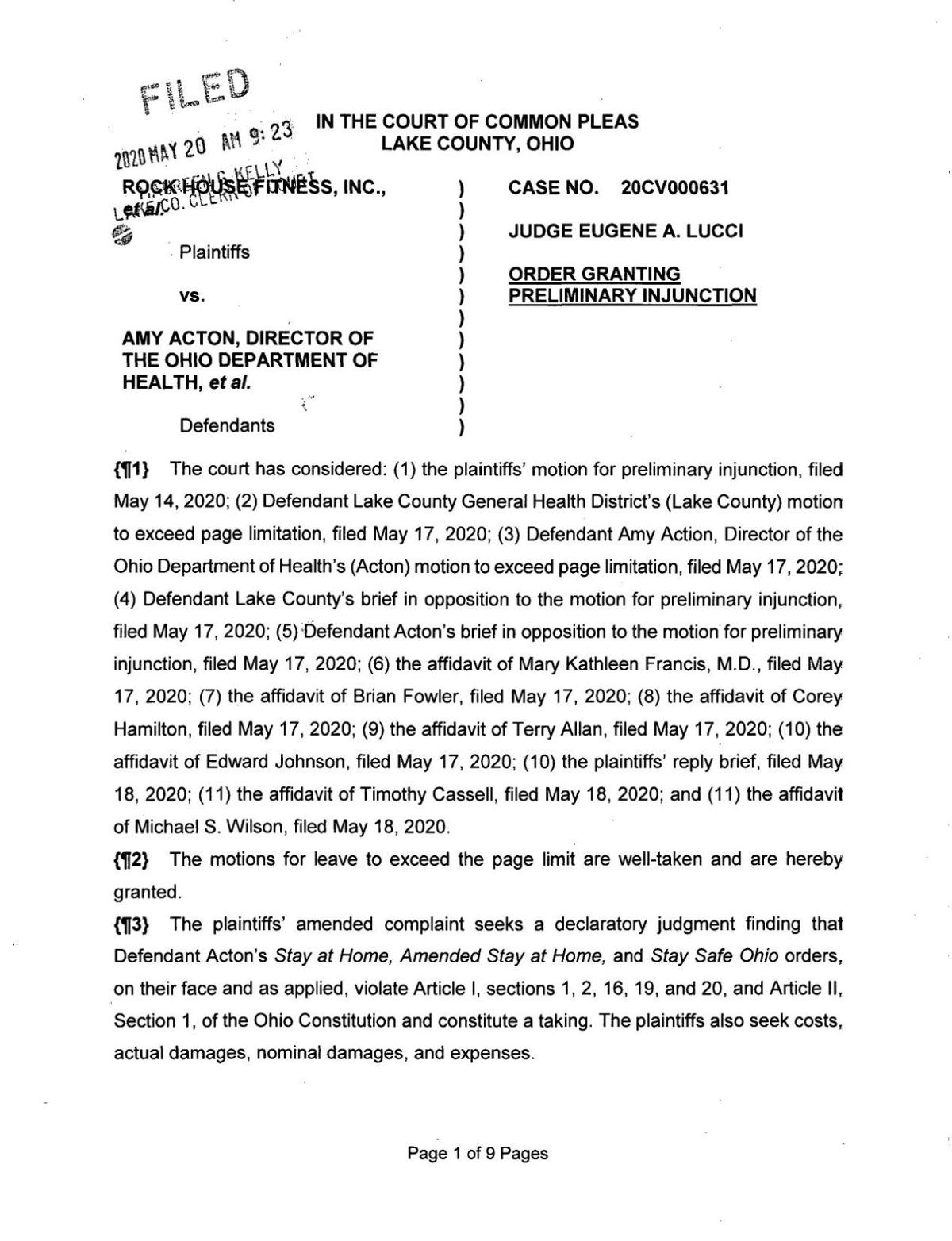 "The director has quarantined the entire people of the state of Ohio, for more than 14 days. The director has no statutory authority to close all businesses ... which she deems non-essential for a period of two months," wrote Lucci, a Republican who has been a common pleas court judge since 2001.

DeWine has recently begun to roll back restrictions, including those aimed at gyms and fitness centers. The governor has said such facilities may re-open on May 26, providing those businesses meet safety protocols set by the state.

The Cincinnati-based law firm, representing a list of almost two dozen plaintiffs in the case, said the judge's ruling allows gyms and fitness centers around the state to open immediately, as long as they meet safety guidelines, according to a story posted on the Cincinnati Enquirer website.

Attorneys for the plaintiffs argued either the legislature's delegation of authority to the state health department in ORC 3701.13 was too broad or vague; or the the department's exercise of that delegated authority was too broad.

The attorneys also said Acton had exceeded her authority by "legislating and directing public policy, rather than administering public policy established by (the legislature)."

In granting the preliminary injunction, the judge said the plaintiffs' case had a high likelihood of success, based on its merits.

The judge said Acton acted in "an impermissibly arbitrary, unreasonable and oppressive manner," and had criminalized lawful businesses, some of which, he said, will not survive the lockdown.

He said Acton had "devised and revised, and modified and reversed, whenever and as she pleases, without any leguislative guidance."

The injunction bars health departments, the Attorney General's Office and law enforcement from imposing penalties "solely for non-compliance with the director's order."

Lucci said the right of private property is "an original and fundamental right" and "there can be no doubt that the bundle of venerable rights associated with property (are) strongly protected in the Ohio Constitution and must be trod upon lightly, no matter how great the weight of other forces."

The case is far from settled and will likely be quickly appealed by the state.

Lucci, however, said he granted the injunction for the public good.

"There would be a diminishment of public morale and a feeling that one un-elected individual could exercise such unfettered power to force everyone to obey," Lucci wrote.

"The public would be left with feelings that their government is not accountable to them. Prolonged lockdowns had deleterious effects upon the public psyche," the judge wrote.

The Lake County judge's decision comes on the heels of similar rulings by state courts in Wisconsin and Oregon, which addressed a fundamental question: Is the rule of law suspended during a public health emergency?

In Wisconsin, the state's Supreme Court overturned the state's health department leader who said her lockdown order was authorized by a statute that says her department "may authorize and implement all emergency measures necessary to control communicable diseases."

In writing for the majority, Justice Daniel Kelly said such broad interpretation erases the distinction between the legislative and executive branches.

"Under our constitutional form of government, the Legislature cannot possibly have given the Secretary the authority she believes she has," Kelly wrote. "If we agreed with the Secretary's reading of [the law], we would have to conclude the statute violated the separation of powers by conferring on the Secretary the power to make laws without going through the rule-making process."

In the Oregon case, Baker County Circuit Judge Matthew Shirtcliff ruled Monday that Gov. Kate Brown violated the statute she cited as the authority for her business closure and state-at-home orders. Under that law, Shirtcliff said in a ruling on Monday, such orders can last no longer than 28 days.

The Oregon Supreme Court on Monday evening issued a stay to Shirtcliff's decision until the court had the chance to review the case.