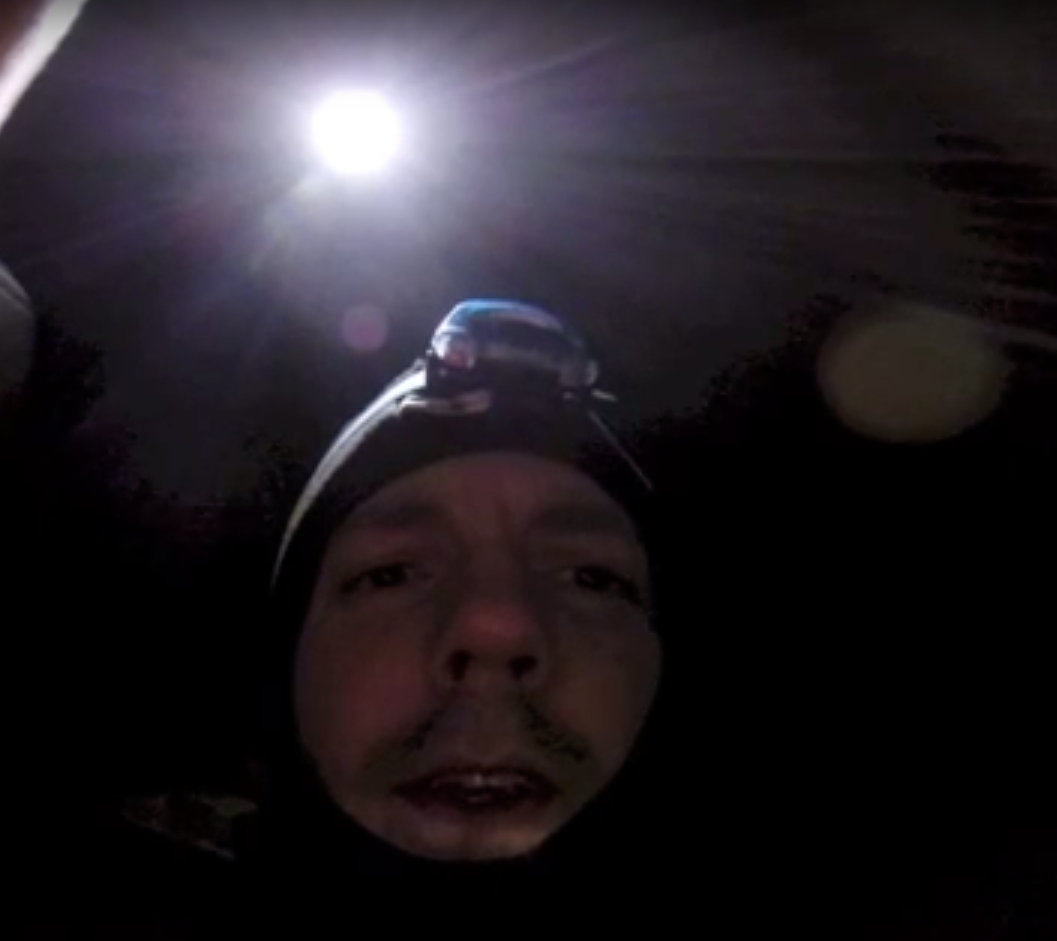 Full moon as a headlight on Spruce Knob, West Virginia. 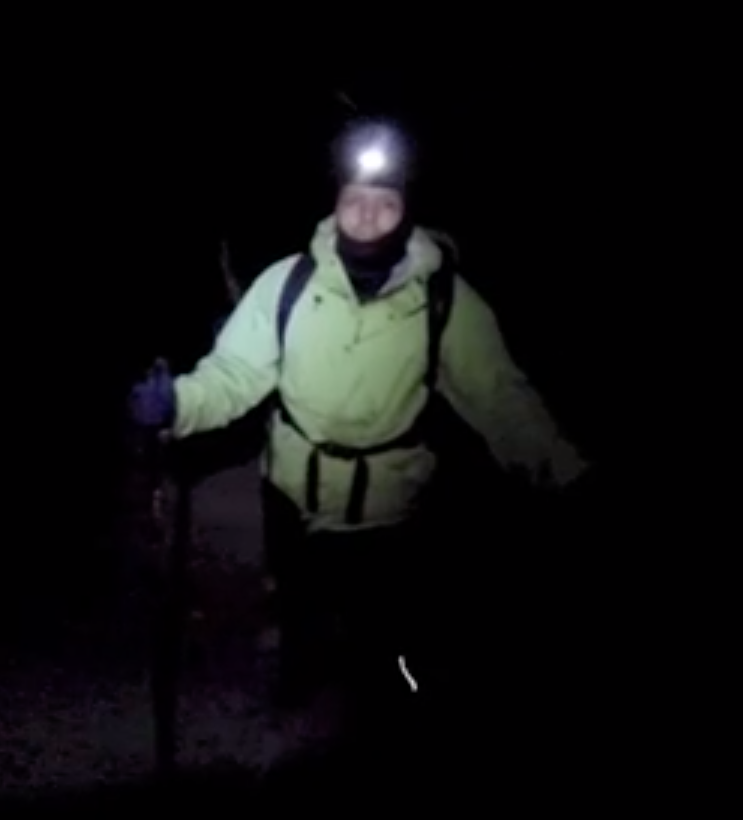 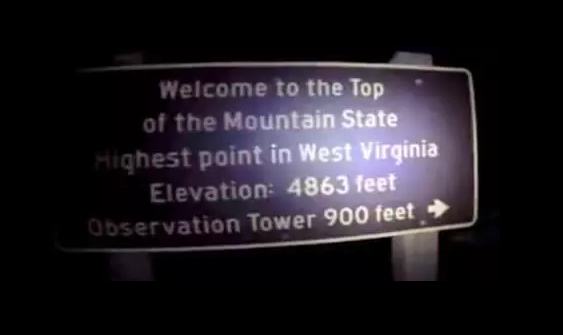 EDITOR'S NOTE: This is a continuing saga of Ashland County resident Adam Fox and his quest to summit the United States' highest peaks.

I failed at a winter summit attempt of Spruce Knob, West Virginia, in 2013. T’was the first time feeling that emptiness on the car ride home. Poor planning and a blizzard were my downfalls.

This time, a year later, there would be no turnaround. This time, to overcompensate for the previous failure, the route would be harder and it would be attempted completely at night with no trail. Summit pic or obit, as my tagline goes.

Luckily, as my cousin (who climbed Mt. Marcy with me in minus-14F) and I got onto FR 112, it became apparent that we were going to get a lot closer to the top on the mountain road than last year's try.

Once we turned on Briery Gap Road, we estimated that we had six-to-eight miles to go on FR 112 'till Spruce Knob's summit, when we were forced to stop because of the deep snow on the road that was never plowed in winter.

A little before midnight we pulled to the side of FR 112. Full moon. My arctic blue Rogue was parked there and not at the trailhead of Huckleberry or another equally long trail because we wanted to sled down the road on the way down. Yes, sled. Hike 8 miles up through the unmarked powder-filled woods hauling plastic sleds. Then, take the snow-covered paved road that is open to tourists during the summertime. My vision was the Grinch descending into Whoville.

Unfortunately, the road had too many flat spots between slopes, and it was not going to be feasible to toboggan down.

“Ummm, so no trail in the traditional sense. This is all about route finding. We’re in West Virginia, dude, not Colorado, gotta add some spice to this sauce,” I said.

“Why don’t we just walk up the snow road?” Dusty asked.

“Double the distance. Road circles around the mountain, coiling upward. We’re going straight up, not around,” I said.

His facial displeasure was quite familiar at this point in our relationship, but he put his ski mask on, zipped up his green shell and started walking towards the woods.

“Ummm, do you know where we’re going?” I asked as I followed.

With just a digital compass, I was fairly certain I could back woods navigate a new route to the top of the hill based on my memorization of the topo map.

In the end, however, our new “route” was a failure because my orientating and navigating put us too far south, a quarter mile or more from the peak, and we hit a rock face we couldn’t climb. Why did my navigation not succeed? ‘Cus I couldn’t believe my own path.

Getting the Fear and Why We Were Off Course

Having been obsessed with a new route since my failure 12 months ago, I felt like a great journey had been engineered. From where we pulled the car off the mountain road, all we had to do was keep the same heading, constantly check our bearing, navigate a few creeks and one major face and we were there.

My ego did us in.

On a side note: after a minute or so into the voyage, cougar fear started to get at me. We weren’t following a trail, into the true wild and I felt like I was going to step on a sleeping mountain lion. We had moonlight; but everything was shaded in grayscale. Depth perception was difficult. Turn your headlamp on and you could see really well, but only within a five-foot radius of your body. You’d lose night-eye adjustment, too. So would you rather be able to see the whole woods in an unfocused dim blur, or see perfectly right in front of you? Our headlamps were eventually extinguished.

Since I didn’t know how dense the woods would actually be, I insisted that we initially follow a creek bed where we knew we could walk. Which was fine, but the creek was flowing west to east, and so with every step we were angling away from our intended heading. After tracing the creek for miles, we made the compass work for us and we were back on course.

The mountain-overed landscape looked the same, everywhere. Simply going one degree off course was no big deal for one step. But after 20 it became significant. The woods wouldn’t let you walk straight — always rounding a fallen log or tree; it was arduous to keep a solid line without aid.

We started checking the compass every five-to-10 minutes. But it got to a point where I simply was not accepting the reading. (It’s a digital compass, too!)

“No way that is south, man,” I told Dusty. “I know I’ve been walking straight, keeping the same heading. No way that’s south.”

“Then we gotta turn,” he said.

Probably two miles from the summit we hit a sleek, steep face that would require ice climbing tools we didn’t posses. I was anticipating that might be the case and had a backup plan. But we had to make a decision concerning the direction. As we approached, if we went far right, we would stay in the valley and have to find another way up.

Option two, take the skinny little ridge line that went between the right valley and the face herself. With no rope, falling could result in serious injury but probably not death. Well, for me anyway.

Shortly after starting up the ridge we instantly had to change to micro spikes, once the reality of cliffs on both sides set in (shown in video).

After the ridge, we were on a windy plateau and everything could have been perfect; we were probably only ¾ of a mile from the summit. But again, I put us more west than we should have been because I couldn’t believe the compass. How can I not walk in a straight line!?!?

Eventually, we ran into the other route/end of the paved road and it was easy -- only a had a short stay at the top, playing around the observation tower. Clouds we’re rolling in, engulfing our moonlight, and the barometer on my watch said low pressure and bad weather. Flurries were forming.

Because of this and since we had our own footprints to follow this time instead of a compass (documented in the video), we flew down to our car, only having to deal with fresh snowfall and wind.

Then like idiots we started driving back to Ohio with no sleep, pounding drive-through coffee the whole way.