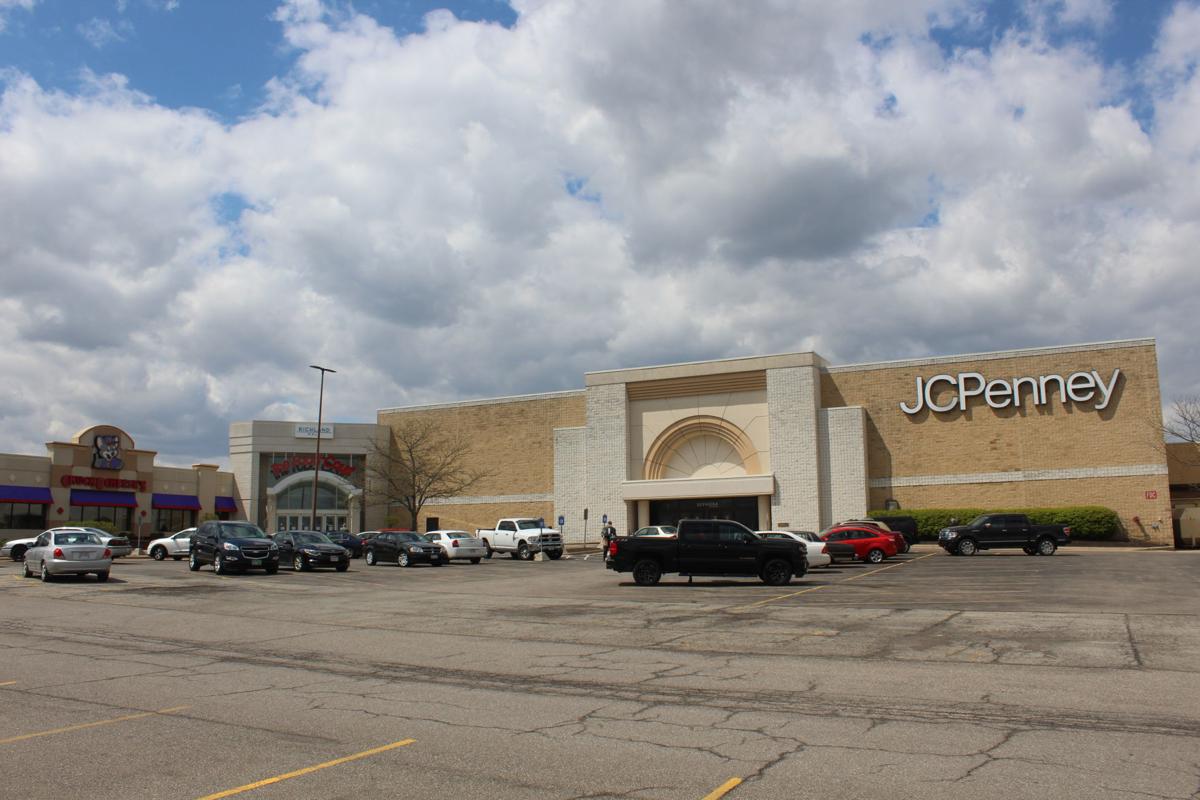 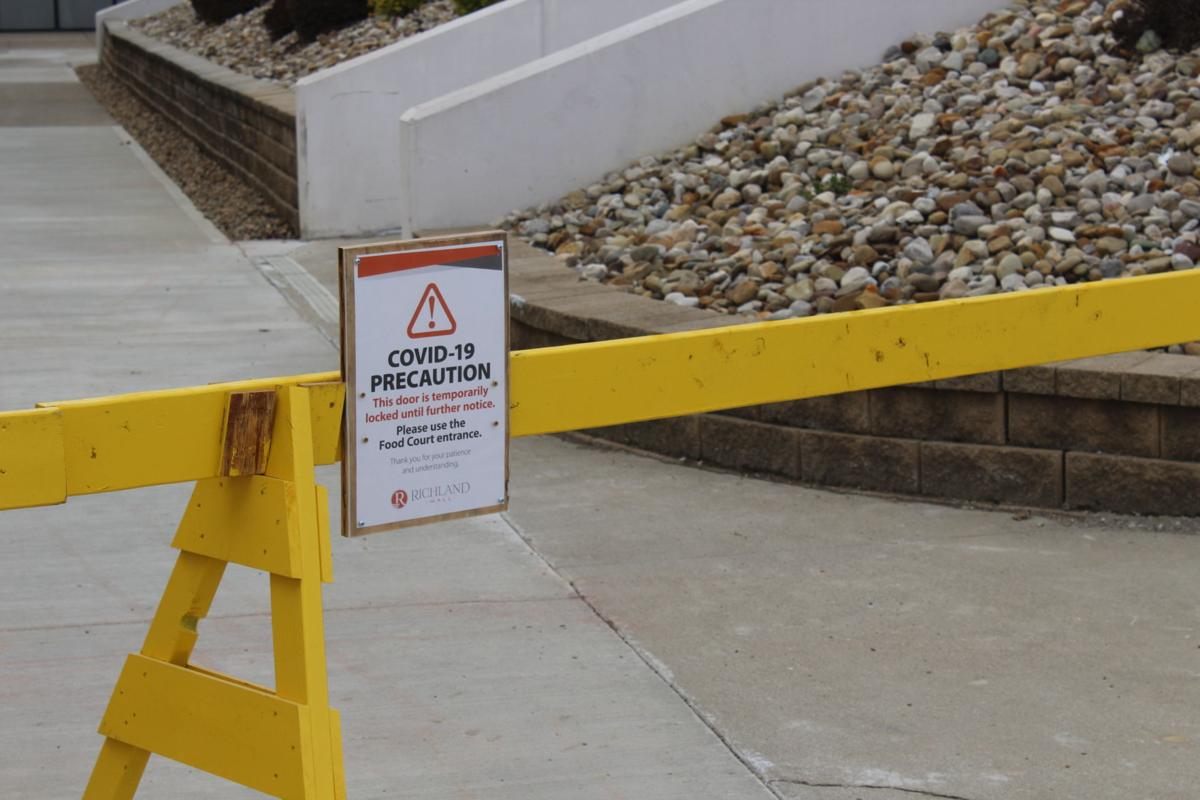 A sign on a blocked off entrance point redirects shoppers to the food court entrance at the Richland Mall.

Businesses that re-opened inside the mall included Ashcroft & Oak, Avon, ESL Electronics, The Finish Line, Gifts 4 You, Gift Gallery, Grandslam Sports, Journeys, Lenscrafters and The Shoe Dept. Most are open during the mall's current operating hours of 11 a.m. to 7 p.m. Monday through Saturday and noon to 6 p.m. on Sunday.

Lenscrafters is open for urgent client needs, such as repairing broken or damaged eyewear, and pick up orders.

"We're excited to open," Scott said. "We appreciate everyone coming out and their patience as we get back up and running."

So far customers can enter only through the food court entrance. All events and activities at the mall, including mall walking, are suspended except for weekly blood drives. Donors can still come each Wednesday by appointment and must wear face masks.

The mall was nearly empty Tuesday afternoon, with about a dozen shoppers milling around the stores.

Among them were Justin Cooper and Tim Cox of Marion, who were in the area and decided to stop by when they found out the mall was open.

"I love it," Cooper said of his time spent in the mall. "There's nothing to do in Marion."

Cox said he believed it was time to re-open.

"People need to get back to work, to be able to support their families and get back to society," he said.

Ashley Simms and Dave Barler visited the mall to buy a pair of shoes, but said they are hesitant about the economy reopening.

"I think it's a little too soon," Simms said.

Nick Smith, a manager at The Shoe Dept., said the re-opening wasn't as chaotic as he was expecting.

"It's been really respectful and people have been keeping their distance," Smith said.

Store operators and mall management said around 50 percent of the clients they noticed Tuesday were wearing masks.

"I was surprised how many kids had masks on, but their parents weren't wearing them," said Melinda Howard, manager of The Shoe Dept.

Troy Jarrett, owner of Grand Slam Sports Collectibles, predicted that traffic will pick up once the larger chain retailers, such as JC Penney and Macy's, reopen.

Jarrett said he understood the state's response to COVID-19, but thought it was blown out of proportion.

Jarrett said the last two months have been a struggle financially. He's missed seeing his customers, many of whom have become friends over the 29 years he's been in business.

"I've had two or three of them calling me in the last week, asking when I'll be open," he said.

Teresa Carroll, owner of TNT Gifts 4 You, said she approved of the state government's response, even though she was skeptical at first.

"I feel that they did what was right and handled it the right way," said Carroll, who took ownership of the gift shop on March 1.

Carroll had mixed emotions about the economy reopening. She felt nervous, but also believed it was time.

"We've got to do it sometime," she said. "We gotta start somewhere."