Taylor, of Taylor Metal Products Company, died on Jan. 5, 2017, but the impact of his mentoring will be realized for generations to come. 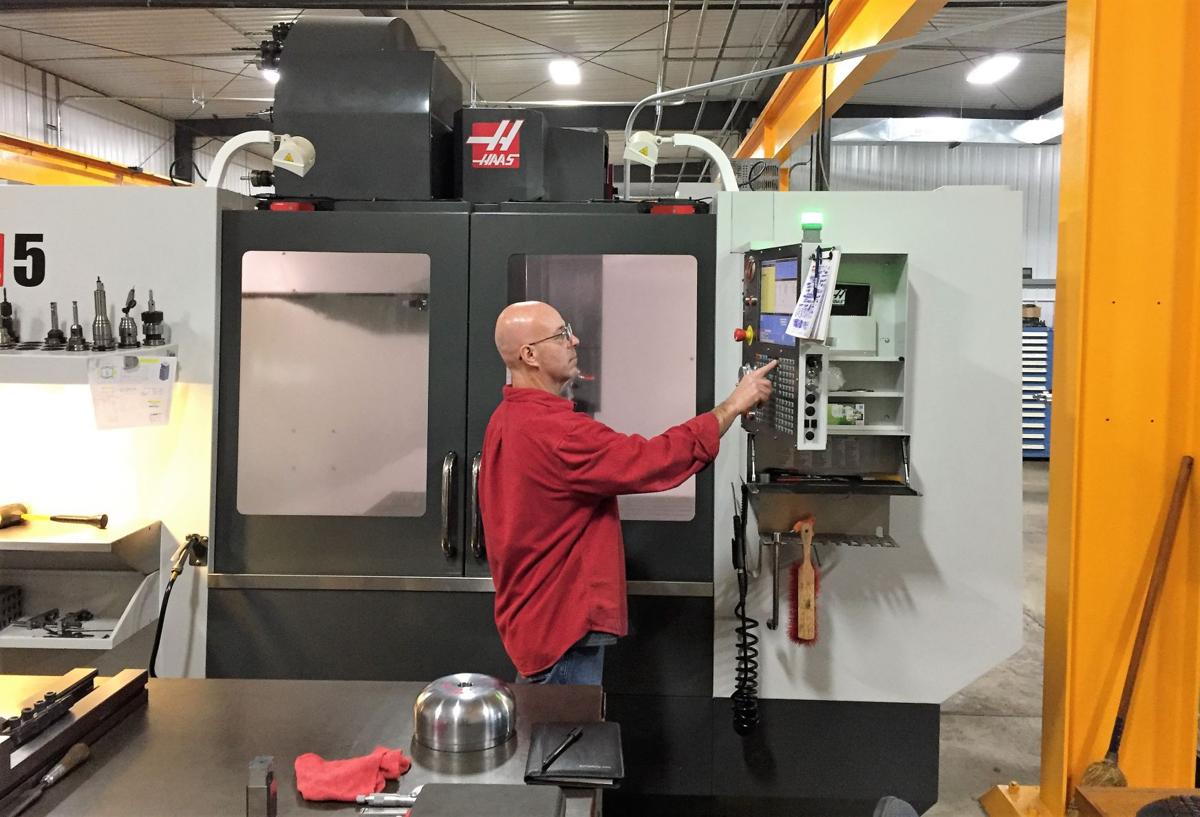 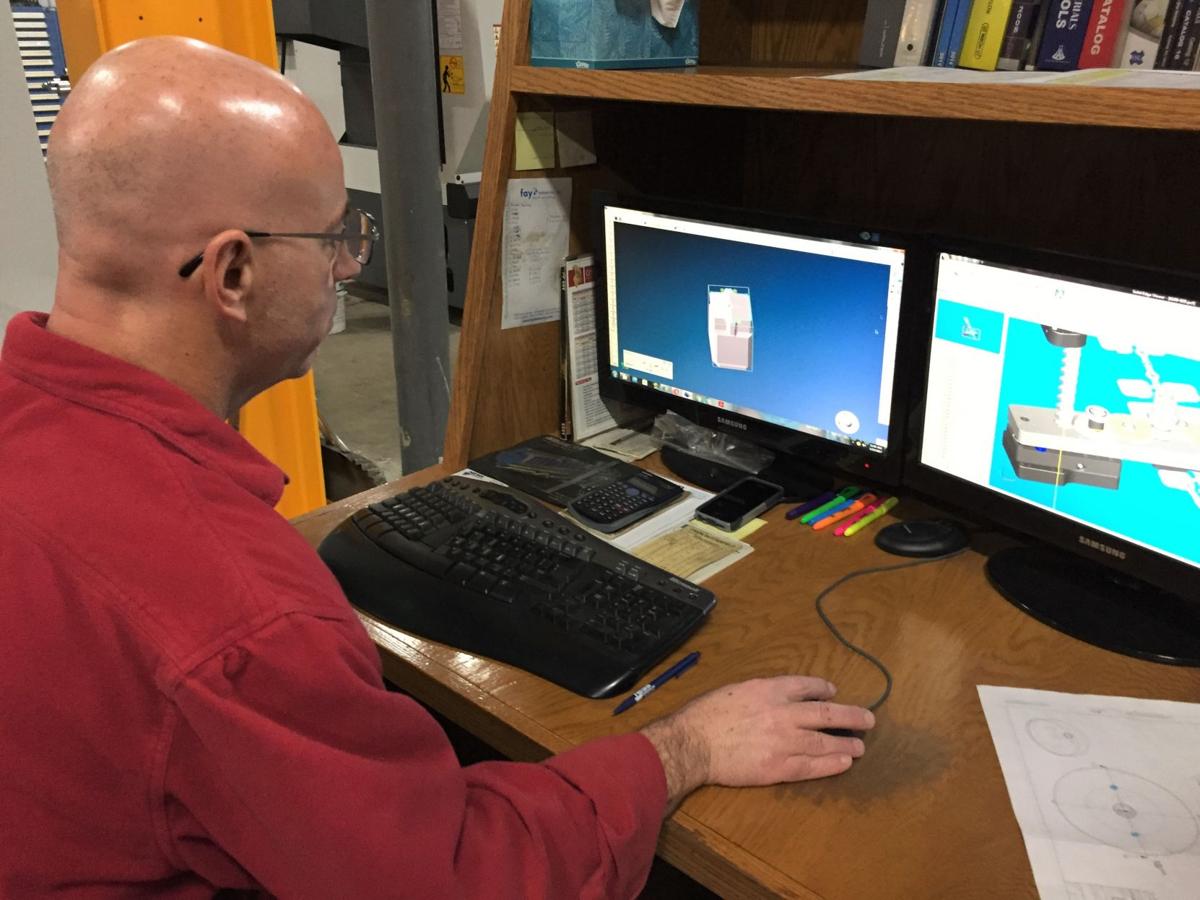 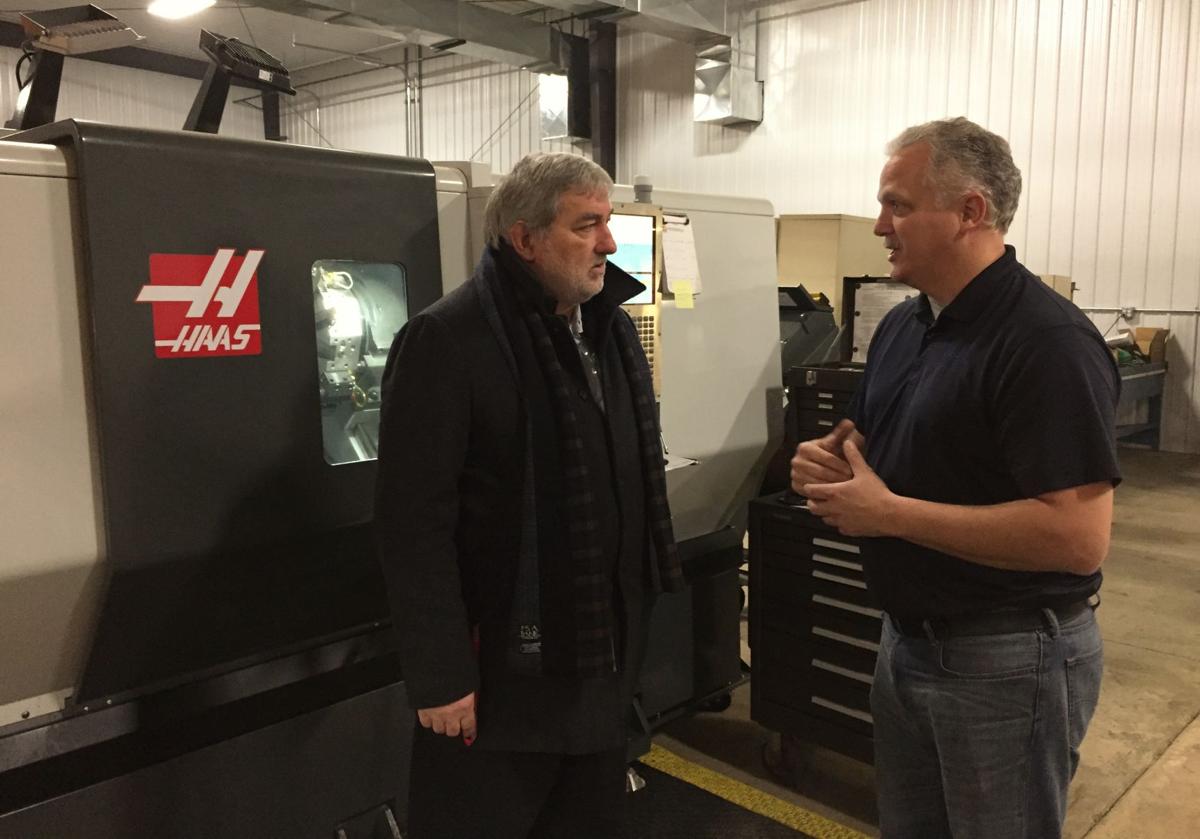 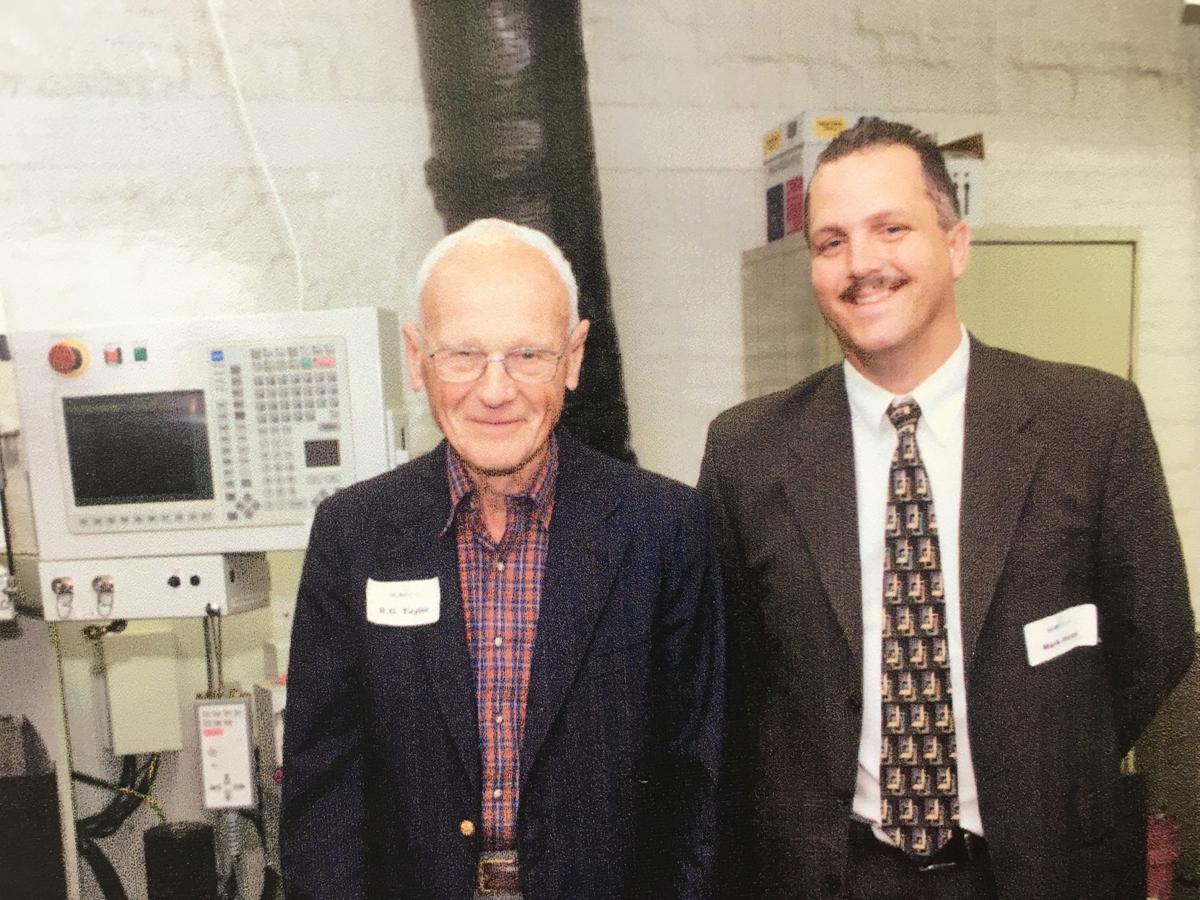 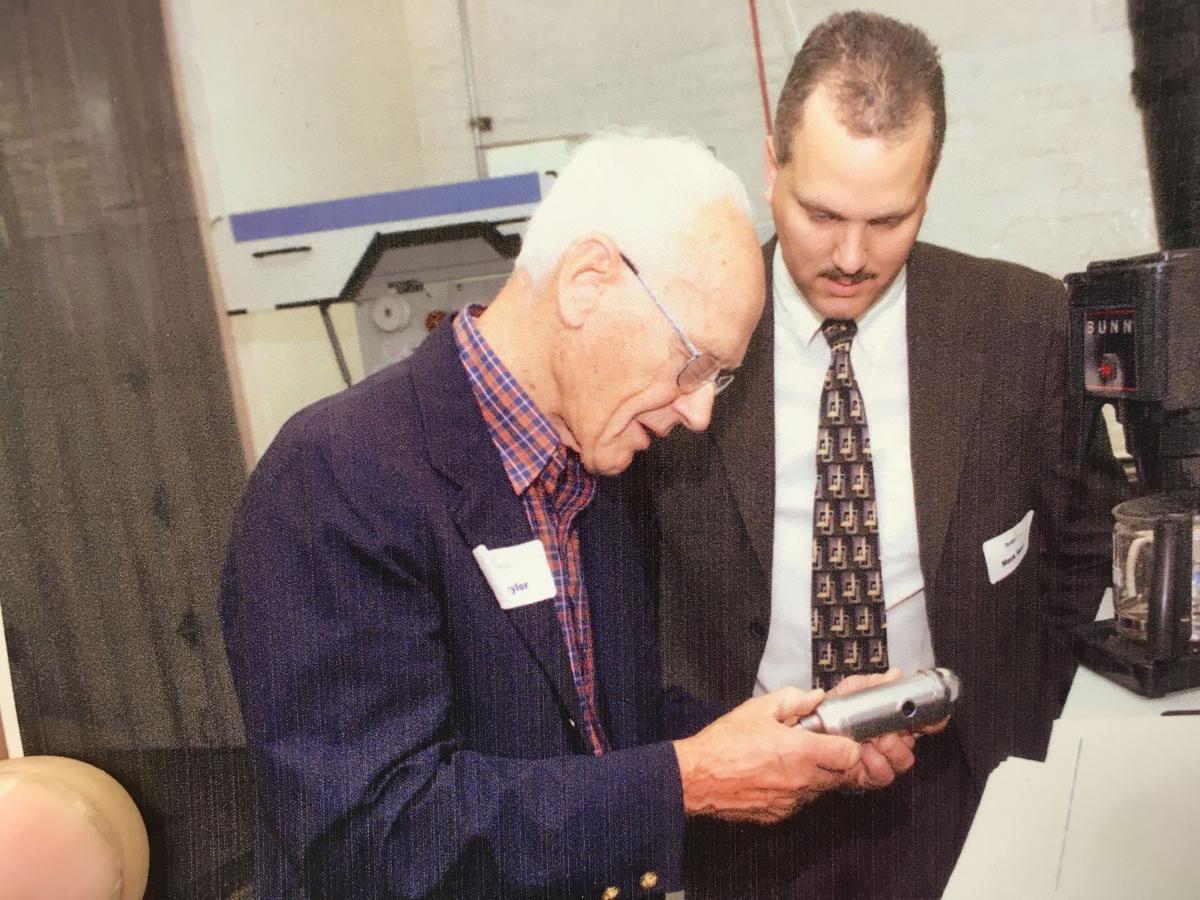 Hess fondly remembers how Taylor helped him accomplish his lifelong dream of becoming a tool and die maker. Taylor offered Hess an apprenticeship with Taylor Metal Products when he graduated from high school in 1986.

“At the time he didn’t have an apprenticeship program going, but he said he really liked my attitude and would give me an opportunity,” Hess said.

Taylor encouraged Hess to take classes at North Central Technical College when he was not considering college. By the time he was done with his apprenticeship, Hess was close to earning his associate degree in mechanical engineering and went on to finish his classes.

“Dick believed in me many years ago,” Hess said. “He saw something in me that I didn’t even see in myself.”

Taylor included Hess in a trip to a trade conference and it heavily influenced his future business plans.

“It was there that I got to learn what all of the innovative ideas were out there,” Hess said.

At the trade show Hess met Tom Hutchison, President of Hutchison Tool Sales, who educated him on a cost-saving product that utilized in-die tapping. Hess encouraged Taylor to incorporate the in-die tapping process in dies at Taylor Metal Products.

“He made many parts over the years with that cost-saving idea,” Hess said.

Hess went on to start Hess Industries in June 1999 as a sole proprietorship with his wife, Pam.

Hess created a biannual apprenticeship program to provide others with the experience Taylor offered him. He has provided eight apprenticeships which include an hourly wage and cover tuition expenses. Apprentices are not required to earn an associate degree after completing apprenticeship courses, but Hess strongly encourages it.

“They just have to put the hard work into it and be the best that they can be,” Hess said.

Because of his early exposure to novel processes at Taylor Metal Products, Hess implements the most innovative technology into his full-service tool and die shop. For example, while some shops are just now implementing 3D solid modeling technology, Hess Industries introduced it in 2000.

Employees use the CAD systems Solid Edge and SolidWorks to design all products in a virtual world. The software allows tool and die makers to put the process into motion without cutting any metal. GibbsCam software is also utilized to minimize errors by building a tool path off of the solid model.

“This allows us to build a superior product,” Hess said.

The machines run 24/7 so the company can compete globally. Hess conducts 10 percent of his business internationally, 50 percent outside of Ohio and 40 percent within the state.

In 2012, Hess Industries became the exclusive supplier of in-die tapping units for Hutchison Tool Sales. Hutchison and Hess have kept in touch since meeting at Hess’s first trade show in the late 1980s.

“He had all of the capabilities and it was a good fit for what I was looking for, so we partnered,” Hutchison said. “Mark has high personal character. That was also a strong attraction to getting together with Mark.”

Hess’ character is displayed as he advises other shops installing in-die tapping units. He admits Hess Industries only wants a portion of the die market.

“We can help other shops compete by giving them a value-added product in their die,” Hess said.

In November 2016, the company moved to a 15,000 square-foot warehouse with 18 acres of land on Sawyer Parkway. Previously, Hess Industries leased space from Braintree Business Development Center.

“It was probably more difficult than starting our business in the first place,” Hess said. “I couldn’t believe how big of a process it became to get every little detail put in its place.”

The move to a newly renovated facility is just the beginning of projected growth and expansion for Hess Industries Ltd. Hess said the move means a rebranding for the company, and it allows the high-tech machinery to be displayed.

“Now with the new building and the industrial neighbors that we have here, the (technology) really gets showcased in the way that it should be,” Hess said.

As Hess plans for the future, he looks for opportunities to match the company’s strengths with the needs of its customers. The company looks to grow as it finishes developing a servo in-die tapping unit. This latest technology transfers from a mechanical unit to an electronic unit and drives virtually with an electrical charge.

“We want to grow our business and to provide a good workplace for our employees to flourish,” Hess said.

With a relatively flat organizational structure, Hess appreciates the contributions of his 11 employees.

“When you unleash that power and allow them to be part of the process and see the changes, they only grasp at that ownership to be part of a team that is moving in the right direction” Hess said.

Quarterly meetings take place to allow a formal exchange of information between Hess and his employees. Hess provides updates on major changes within the business, customer needs and equipment upgrades. Employees also enjoy a profit-sharing program.

“I like the challenge of the work,” said Bryan Maglott, Tool and Die Maker and a 15-year employee. “It is a laid-back atmosphere, but we come to work and do the job.”

“The best part of this position is the people that we work with. It’s a dedicated and faith-driven culture.”

“We try not to talk as much about our faith, Hess said. “We really try to emulate or show it with actions and how we interact.”

“She really helped start the business and helped us grow at an early stage of the business,” Hess said. “She continues to have a supporting role in helping with the major decisions.”

“I really think Mark has always had a good head for business and thinks things out very well,” Taylor said. “I think it’s great what Mark has done over his career. He and I have a great relationship, and I wish him all the best.”

Hess will continue to show kindness and help others succeed as Dick Taylor taught him.

“Mansfield has really lost a legend, but what Dick has showed me is that your influence can live on through those that you impact in your life,” Hess said.