The National Football League started as the American Professional Football Association in 1920. Ohio was home to five of the original teams: the Akron Pros, Canton Bulldogs, Cleveland Tigers, Columbus Panhandles and Dayton Triangles.

As the league marks its centennial, it should be noted five Ohio cities were involved that very first year.

Here’s a look back at Ohio’s NFL deep history and those five early, iconic teams. 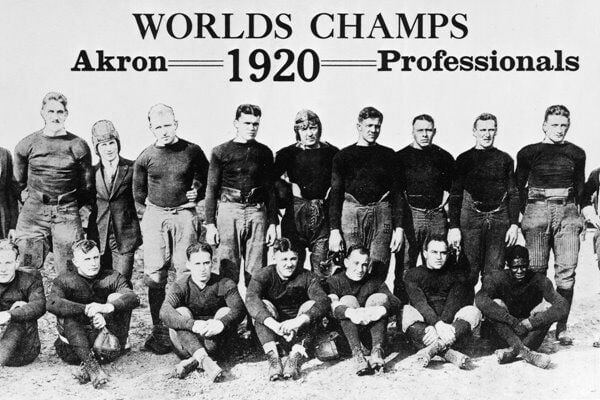 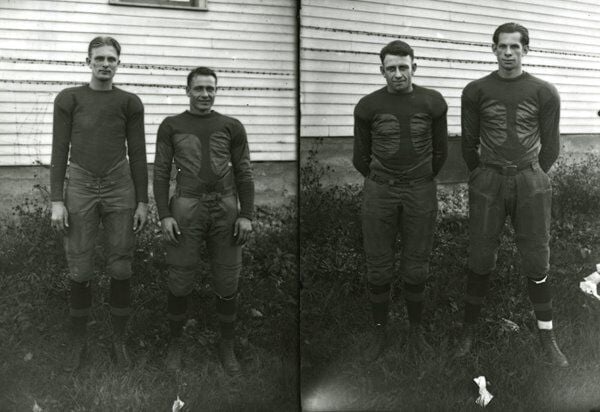 Columbus Panhandles players pose for a promotional photo in 1920. 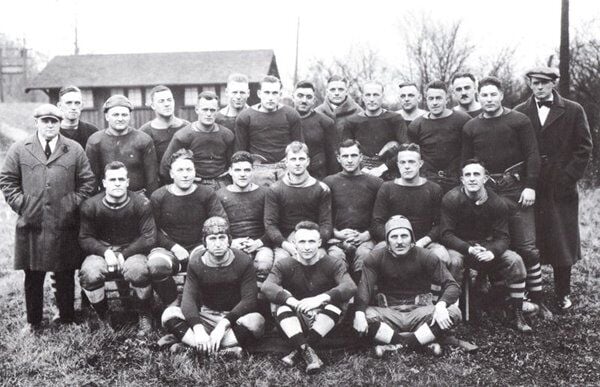 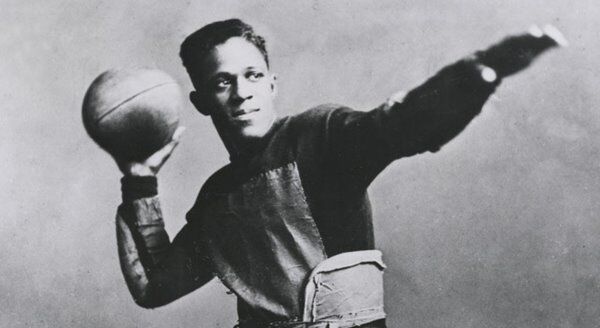 Fritz Pollard poses with a football. 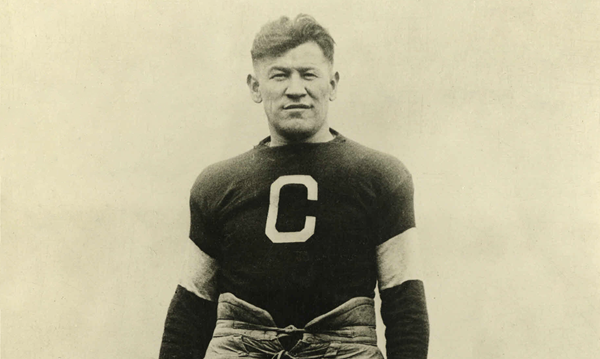 Jim Thorpe is shown here in the early 1920s. He was a star with the Canton Bulldogs. 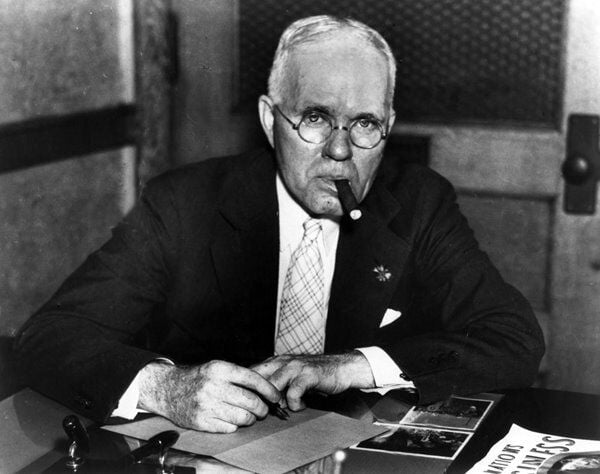 Joseph Carr sits at his desk with a cigar. 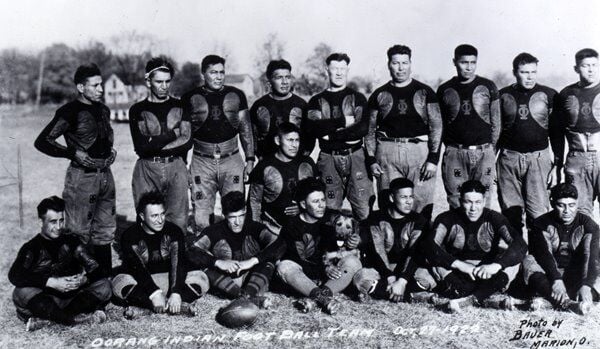 Columbus Panhandles players pose for a promotional photo in 1920.

Fritz Pollard poses with a football.

Jim Thorpe is shown here in the early 1920s. He was a star with the Canton Bulldogs.

Joseph Carr sits at his desk with a cigar.

The Akron Pros were part of the NFL from the very beginning. They were one of 10 teams from four states representing regional leagues that met in Canton and formed the American Professional Football Association (APFA) on Sept. 17, 1920. The league would be renamed the National Football League two years later, in 1922.

In 1921, the Pros were led by Fritz Pollard, the first black head coach in the NFL. Pollard is in the Pro Football Hall of Fame.

The Canton Bulldogs, another of the original AFPA teams, set the NFL record for the most consecutive games played without a loss at 25 (including 3 ties), from 1921 to 23. The Bulldogs were NFL champions in 1922 and 1923, led by Mansfield's Pete Henry, a spectacular two-way lineman.

Without a doubt, the most famous player to play for the Bulldogs was Olympian Jim Thorpe, the first Native American to win a gold medal for the United States. Thorpe was also the league’s first president, but spent most of that first year playing for Canton. Ironically, he wasn't on those championship teams. Instead, Henry was the anchor of the Bulldogs.

Thorpe was replaced by the Columbus Panhandles’ Joseph Carr the next year.

In addition to Canton being the birthplace of the APFA, the Pro Football Hall of Fame said it selected Canton as its permanent hometown to recognize the Bulldogs' success in the league’s early seasons.

Six players from the Canton Bulldogs are enshrined in the NFL Hall of Fame, in addition to Henry and Thorpe: Guy Chamberlin, Joe Guyon, William "Link" Lyman, and Greasy Neale.

The Cleveland Tigers were also one of the 10 teams to join the APFA at the meeting in Canton in September, 1920. The Tigers did not enjoy much success in their first season, amassing only two touchdowns while compiling a record of 1–4–2.

Because Cleveland’s baseball team was the Indians and three Native Americans, including Thorpe, were signed away from the Canton Bulldogs to join the team in 1921, the squad changed its name to the Cleveland Indians in its second season. The team won its first two games in 1921 before Thorpe was lost for the season with injured ribs. The Indians lost four of the next five games in what would be their final season.

After recovering, Thorpe gathered a group of Native American players and started their own team, the Oorang Indians in LaRue, Ohio.

Fellow Native American, Joe Guyon, who played with Thorpe in both Cleveland and LaRue, joins Thorpe in the Hall of Fame, representing the Cleveland Indians.

While they have zero NFL championships, the Columbus Panhandles are credited with playing in the first game in the newly minted APFA (later named the NFL) on Oct. 3, 1920. That day the Panhandles lost 14–0 to the Dayton Triangles, at Triangle Park in Dayton. In the game, Frank Bacon of the Panhandles, was the first player in to return a punt for a touchdown.

In 1923, the Panhandles were renamed as the Columbus Tigers and played four more seasons before disbanding in 1926.

In its seven seasons, the Panhandles (Tigers) never finished higher than 8th in league standings.

There are no Panhandle players in the Hall of Fame, but Joseph Carr, the team's owner from 1907 to 1922, is enshrined for his work as NFL president. Carr moved the league headquarters to Columbus, Ohio, drafted the league constitution and by-laws, gave teams territorial rights, developed membership criteria for the franchises, and issued standings for the first time, so that there could be a clear champion.

The Triangles 14-0 win over Columbus in that very first NFL game is the team’s claim to fame, but the high point of their 1920 season was a 20–20 tie at Triangle Park with Thorpe's Canton Bulldogs. It was the first time a team had scored three touchdowns versus the Bulldogs since 1915.

The Triangles are represented in the Hall of Fame by Greasy Neale, who also played baseball as an outfielder with the Cincinnati Reds.