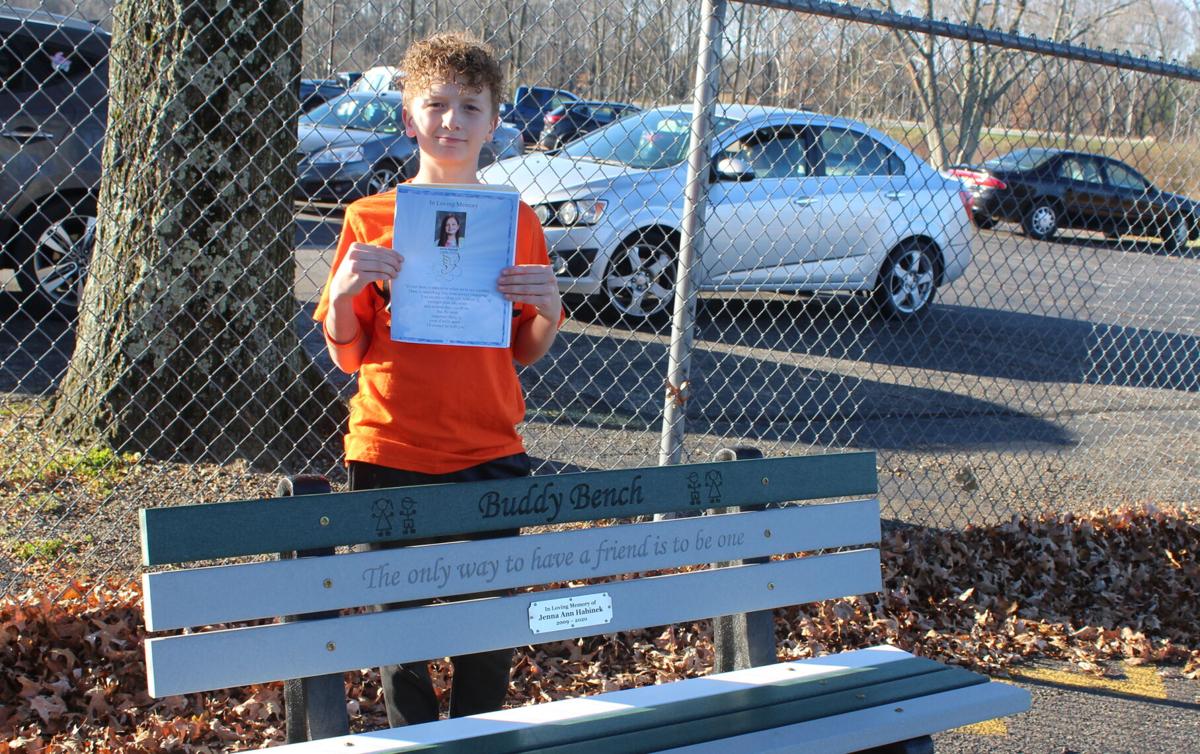 Roger "RJ" Bartley stands by a memorial bench for classmate Jenna Habinek, holding up a 2019-2020 year book with her picture. 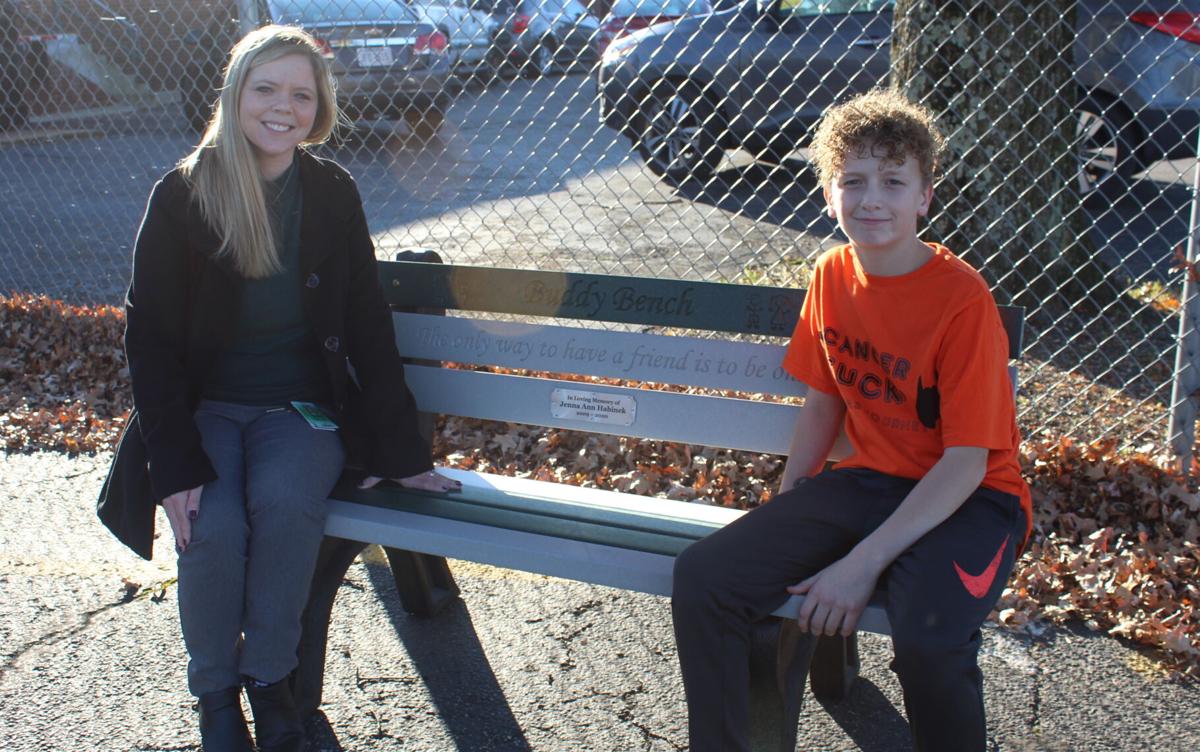 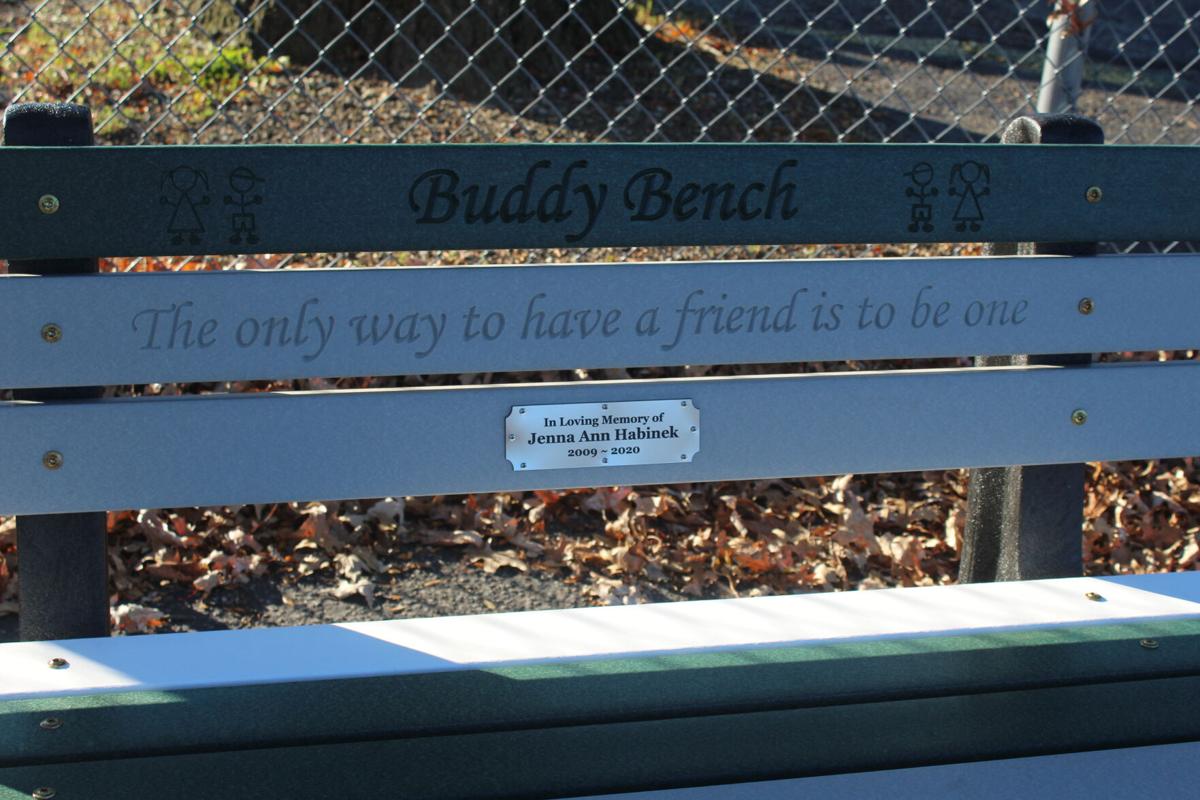 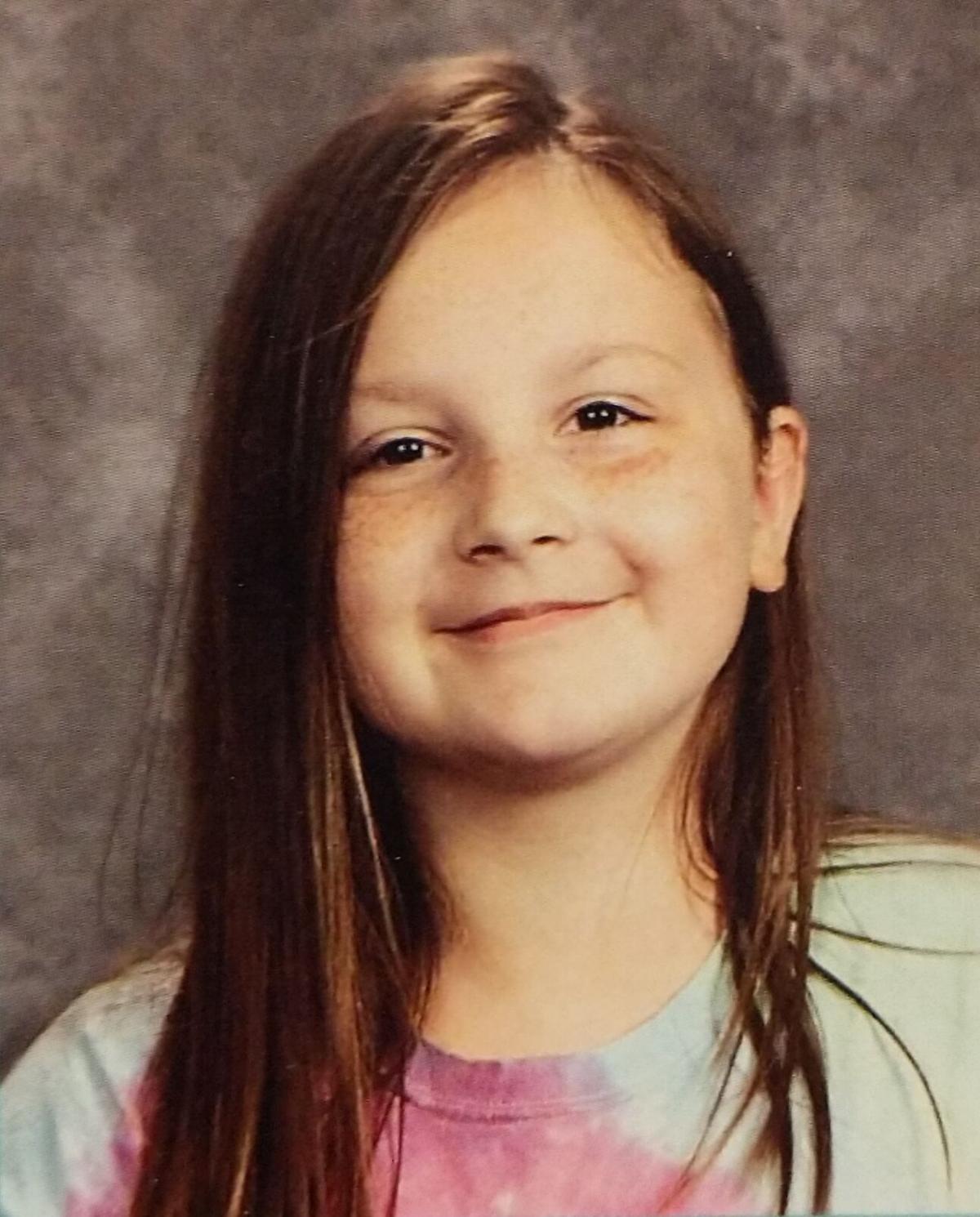 MADISON TOWNSHIP — Jenna Habinek’s life was short, but she still managed to have a big impact on her fellow students at Eastview Elementary School.

Habinek passed away at Akron Children’s Hospital in January, just a few months after being diagnosed with leukemia.

A “buddy bench” dedicated to her memory sits on the playground so her teachers and classmates can continue to remember her.

The money for the bench was raised by Habinek’s classmate, Roger “R.J.” Bartley. After noticing some of the commemorative plaques at the Liederkranz Soccer Club, Bartley asked his mom if he could do something similar for Habinek.

“Roger is just a really neat kid. He's just really taken upon himself some great leader qualities He just really wants to be there for other kids and help out,” said Eastview Principal Melissa Wigton.

Bartley and Habinek had been classmates since first grade. They shared the same birthday.

“Jenna was a really good person,” Bartley said. “She was the funny one. She joked around in class.”

With his mother’s help, Bartley set up a funding campaign online. He also sold candy bars and mowed lawns. Bartley said it took about two or three months to raise the money.

“It's sad all the way around, but I'm proud of him. He's a good kid with a good heart,” Bartley’s mother, Cadi Tolley.

The backrest of the bench has a small golden plaque with Jenna’s name. It also includes a custom inscription: “Buddy Bench: The only way to have a friend is to be one.”

Wigton said that Habinek had a gift for making other students feel loved and accepted.

“She was really good at finding kids who maybe needed someone and was that friend to them. So that's why it made a lot of sense to us to make it a buddy bench,” Wigton explained.

Bartley is now a fifth grader at Madison Middle School. He plays baseball and basketball and plans to play football next fall.

He said wants Habinek’s family to know he’s thinking of them.