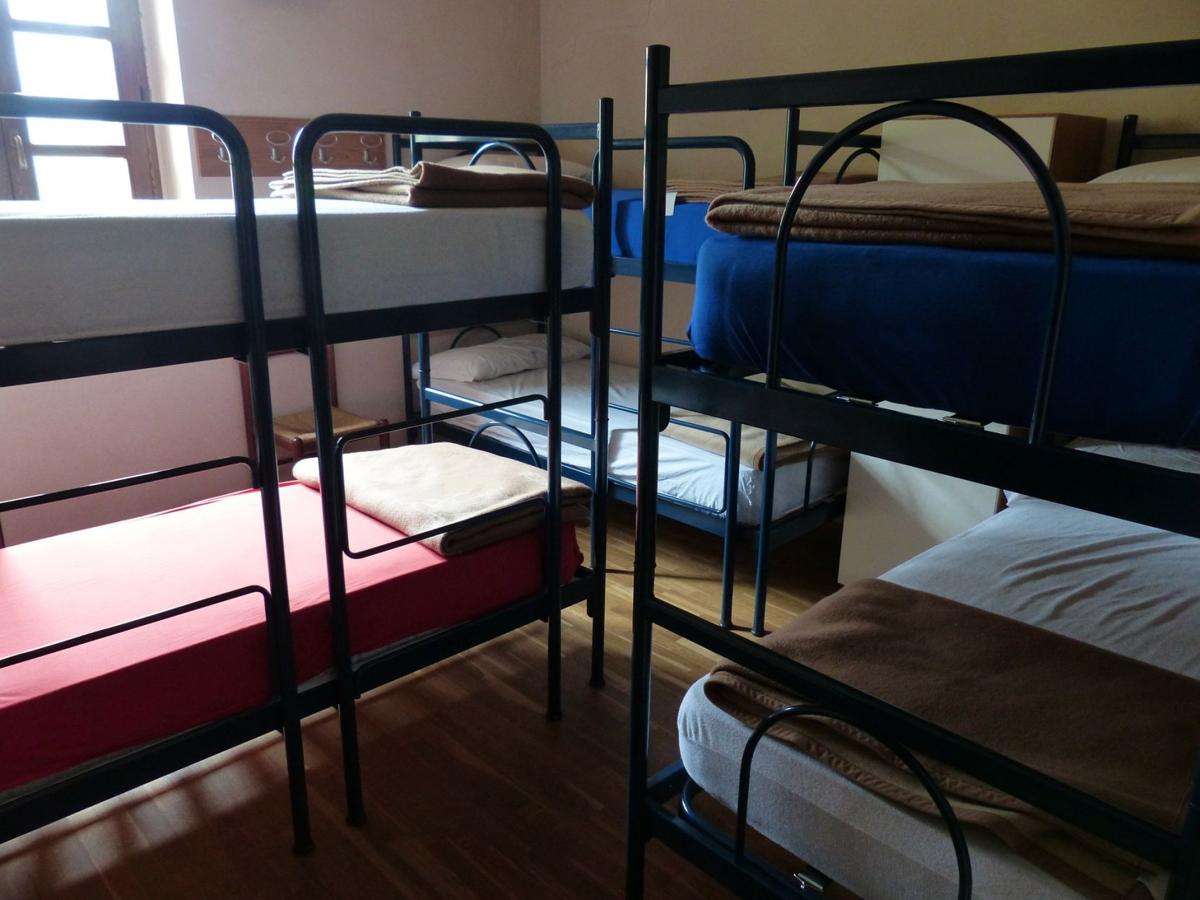 Reaching Out, a local non-profit, operates the Harker Street Warming Center. The warming center serves as an overnight shelter during the winter and year long resource center for the homeless in Mansfield. 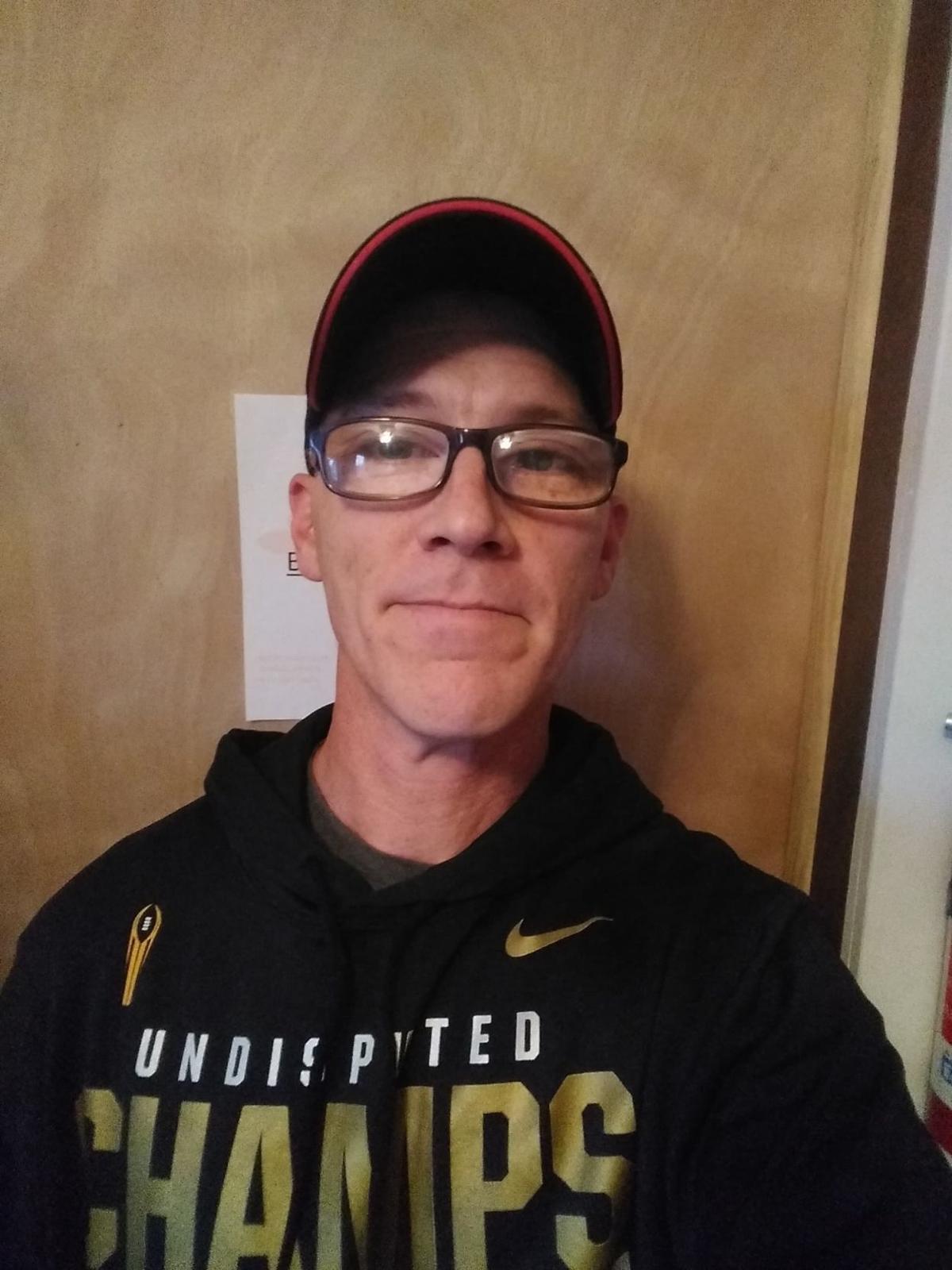 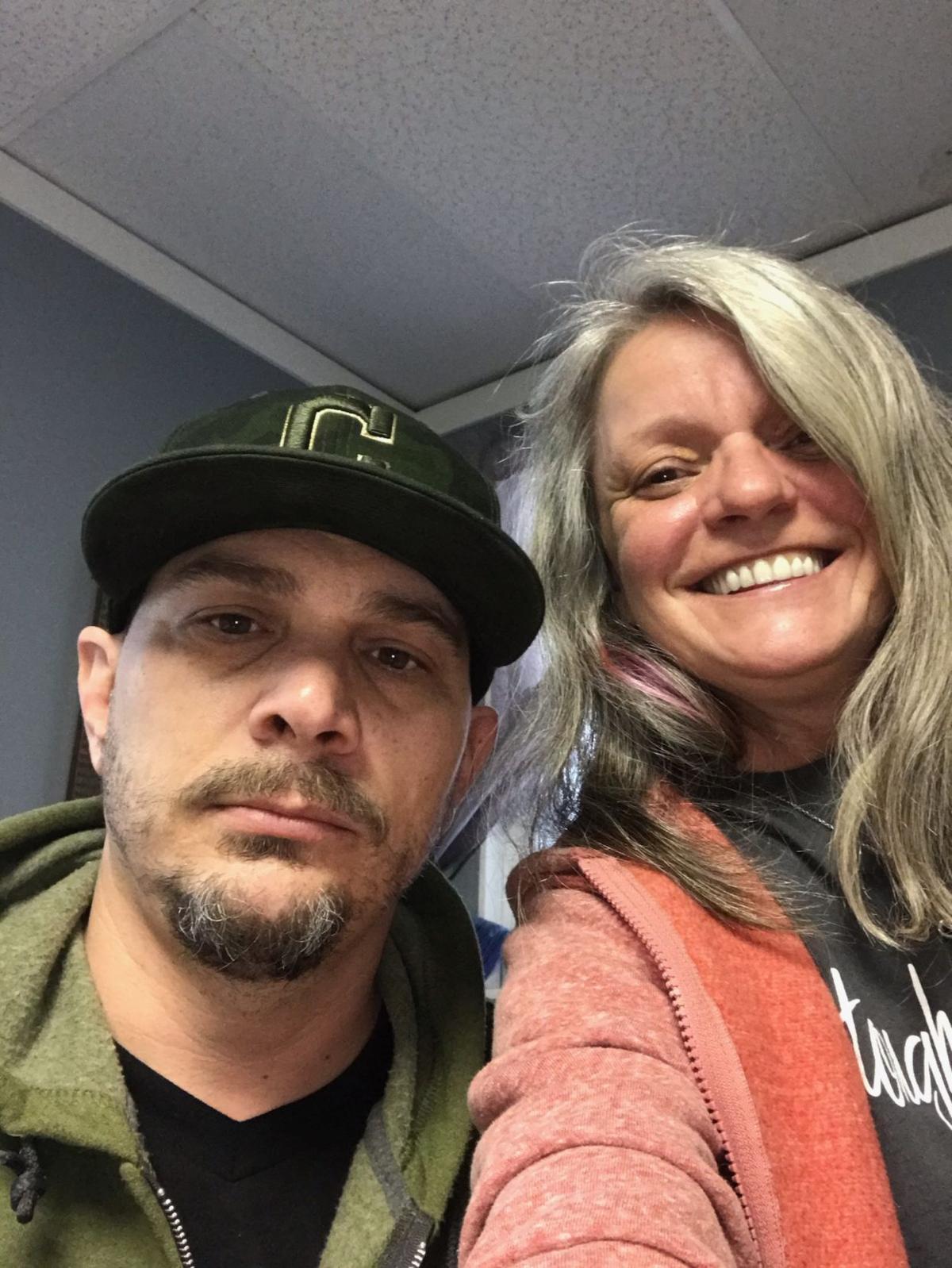 Angie Henke, founder of Reaching Out, snaps a selfie with Jason Knasinki, a full-time volunteer.

EDITOR'S NOTE: Richland Source asked readers to nominate heroes from the community in the fight against the coronavirus using our Open Source platform. One reader nominated Angie Henke, Jeremy Ward and Jason Knasinski of Reaching Out.

MANSFIELD -- For the past decade, Angie Henke has dedicated her life to serving some of Mansfield’s loneliest and most vulnerable. From her shelter on Harker Street, Henke offers hope and second chances to homeless men. She considers the work a privilege.

“It’s not me, or anyone that volunteers, it’s God letting us serve,” said Henke, founder of Reaching Out. “He’s working through us. We’re blessed to be able to serve him. He makes it all possible.”

“The Lord says if you’ve got plenty of harvest, don’t box it all up for yourself, build a bigger table and share,” she said.

For Henke, the act of helping others is an act of faithful obedience, but her relentless compassion also stems from periods of famine in her own life.

“I’ve been homeless on more than one occasion," Henke said. "My mother moved from Indiana to Ohio with five trash bags, five kids and no family."

Henke runs Reaching Out with help from two full-time volunteers, both of whom were once homeless men she helped. The non-profit organization receives no government funding, but relies completely on donations from the community.

Reaching Out began in 2010 from the trunk of Henke's car. Henke collected donations of diapers, baby formula, clothing and canned goods, then use Facebook to connect with people who were struggling to make ends meet. Then she arranged to meet them in parking lots across town and give them whatever they needed.

Years later, Reaching Out opened its first warming center in a donated building on Mulberry Street. The center relocated in the fall of 2018 to a donated house on Harker Street.

During the winter months, the Harker Street Warming House is open overnight so guests don’t have to sleep outside in the cold. With a total of 26 beds (four of them are cots), the average nightly count hovers between 20 and 25 people.

During the spring and summer, the warming center stays open so homeless community members can take a shower and do their laundry. Reaching Out also partners with various individuals, community groups, churches and small businesses to offer free, warm dinners throughout the week.

The individuals Henke serves come from a variety of backgrounds. Some can’t find a place to stay because of a criminal record or lack of rental history. Others struggle with addiction. Veterans are a top priority, and Henke serves a lot of them.

Jeremy Ward, who volunteers as full-time manager of the Harker Street Warming House, recalled a veteran and former resident who had become homeless for the first time in his 70s.

“He had so many medical bills they took his house,” said Ward. “He worked all his life, he lost it all.”

With help from Reaching Out, the man is now living in his own apartment. Henke and her volunteers make it their ultimate goal to help those they serve with more than just food and shelter.

“We go and try to help them get jobs, help them get apartments, we try to get them hooked up with the right agencies locally, get them community services workers, get them to doctors and professional agencies that can help them,” said Henke.

In some cases, they’ve even assisted guests with getting their driver’s license and social security cards. They’ve spent hours driving to medical appointments and mental health counseling sessions. They’ve bought bus tickets for out-of-towners to make it back to families across the country.

“We’ve gotten, I believe it's close to 20 people to rehab just this year,” said Ward. “A lot of it is just showing them there is someone that cares.”

Reaching Out’s other full-time volunteer is Jason Knasinski, who showed up at Harker Street Warming House a little over a year ago. Knasinski served two years in the United States Army (he was honorably discharged for medical reasons) then worked as a computer programmer. He spent much of his life as a self-described “functional alcoholic,” but about two years ago, he lost hope and wound up on the streets. One day, he fell asleep in an alley and woke up covered in snow. After being treated for hypothermia at a local hospital, he was released and told to go to the Harker Street shelter.

It was there he found the friendship and support it took to turn his life around. He is now one year sober.

“I met a guy (at Harker Street) that I hadn’t seen since middle school. We’re the same age, we grew up together. It turns out he was an alcoholic like I was and we were helping each other become sober,” he said. “You find people that are going through similar struggles as you. We use our experiences to kind of help each other out.”

The men at Reaching Out often encourage each other as each works to rebuild his life.

“Change happens there because people see other people change,” Knasinski added. “When you see somebody changing in front of your eyes--recovering from an addiction or going from a homeless person to getting a job to getting their own place-- it lets you know that it's tangible, it can be done.”

Knasinski has spent most of the last few months rehabilitating a one hundred-year-old house that was donated to Reaching Out.

Jason’s House of Hope is set to open this summer.

The fully furnished home will be rented out to former Harker Street residents who have found jobs and need to build a rental history. The intent is not to provide long term housing, but to help residents transition to finding a place of their own.

Like all of Reaching Out’s endeavors, Jason’s House of Hope is the result of the community’s generosity. When Knasinski started working on the house, it was “down to the frame.” The floors were missing, there was no electricity, even the copper pipes had been ransacked from the walls.

The community came through with supplies and gift cards to home improvement stores. A company in Lexington donated cabinets. A local construction crew donated a week of labor.

When Richland Source asked the community to nominate Daily Heroes during the COVID-19 outbreak, one reader said Henke, Knasinski and Ward all deserved the title.

“Angie Henke, Jason (Knasinski), and Jeremy Ward are daily heroes even on an average Tuesday in August when there's not much else going on,” the reader said. “They do an incredible service for the community with no government funding. I am so impressed with all that they do that makes a difference to so many people.”

Nevertheless, the trio behind Reaching Out doesn’t see it that way. To them, the true heroes are the citizens of Richland County whose generosity has supported Reaching Out from the beginning.

“The most awesome thing about it is so many people come together and make this possible,” she said. “This whole community is Reaching Out. It’s not just us.”

In Henke's mind, we all have the potential to be heroes. As the spread of novel coronavirus brings chaos and questions, she sees heroes stepping up all around her.

“I’ve seen some craziness during the outbreak, but I’ve also seen so much love and caring," she said. "I have seen mamas that have half a can of formula offering to give half of that to another mom. I’ve seen people with two rolls of toilet paper wanting to give one up. I’ve seen people going out to local restaurants to support them when they don’t even know themselves when their next paycheck may come.”

“God gives us all gifts and we’re supposed to use them to help each other," she said. "If you have a gift, now’s the time to use it."

So tell us: Who is your daily hero?

Let's look back at the brighter side of 2020

This year was a tough one, but the pandemic wasn't the only newsworthy thing that happened in 2020.

MANSFIELD — Although COVID-19 still looms, positive messages in the form of chalk art have spread across Mansfield, lifting the spirits of the…