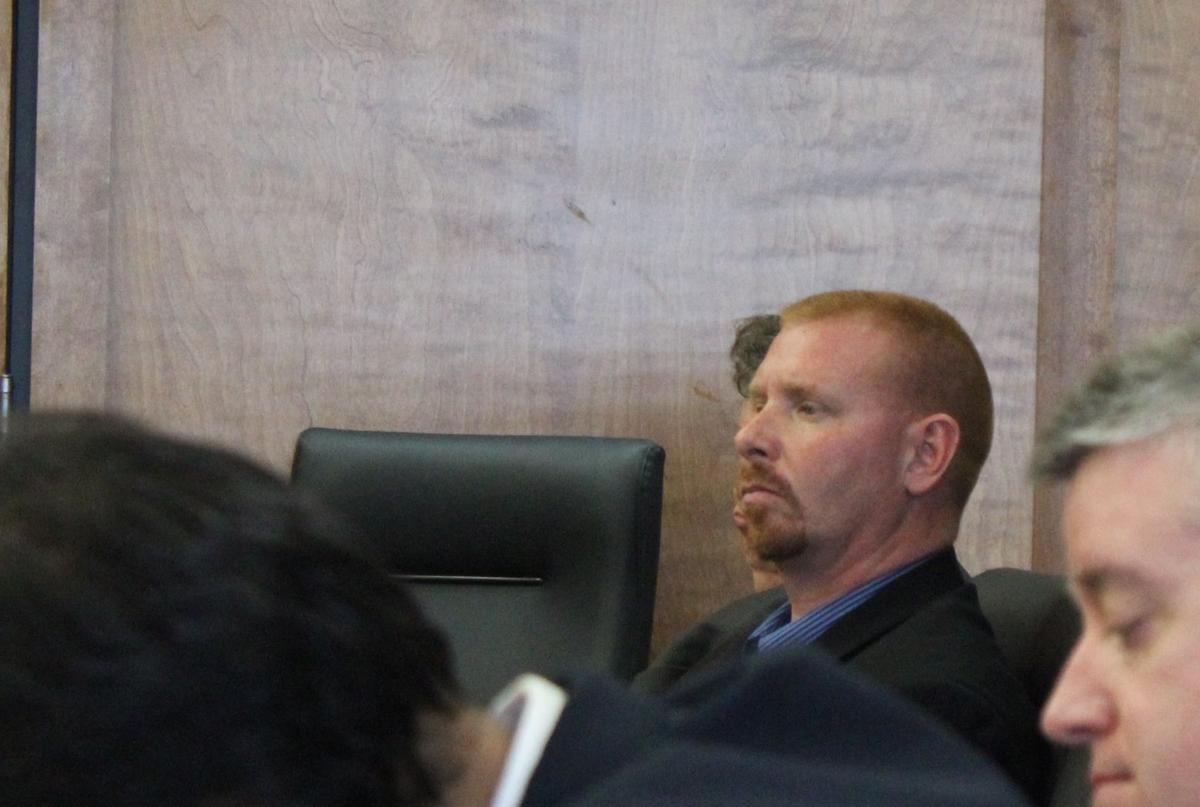 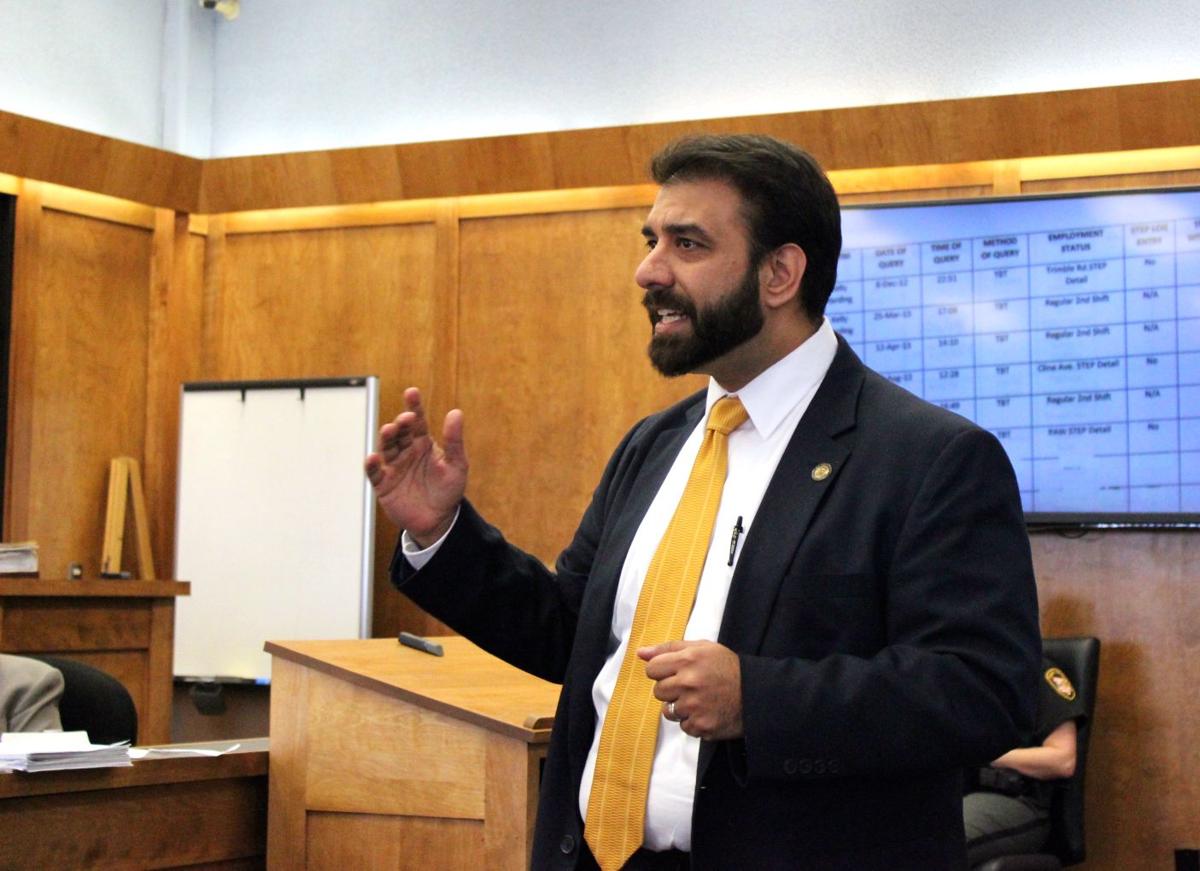 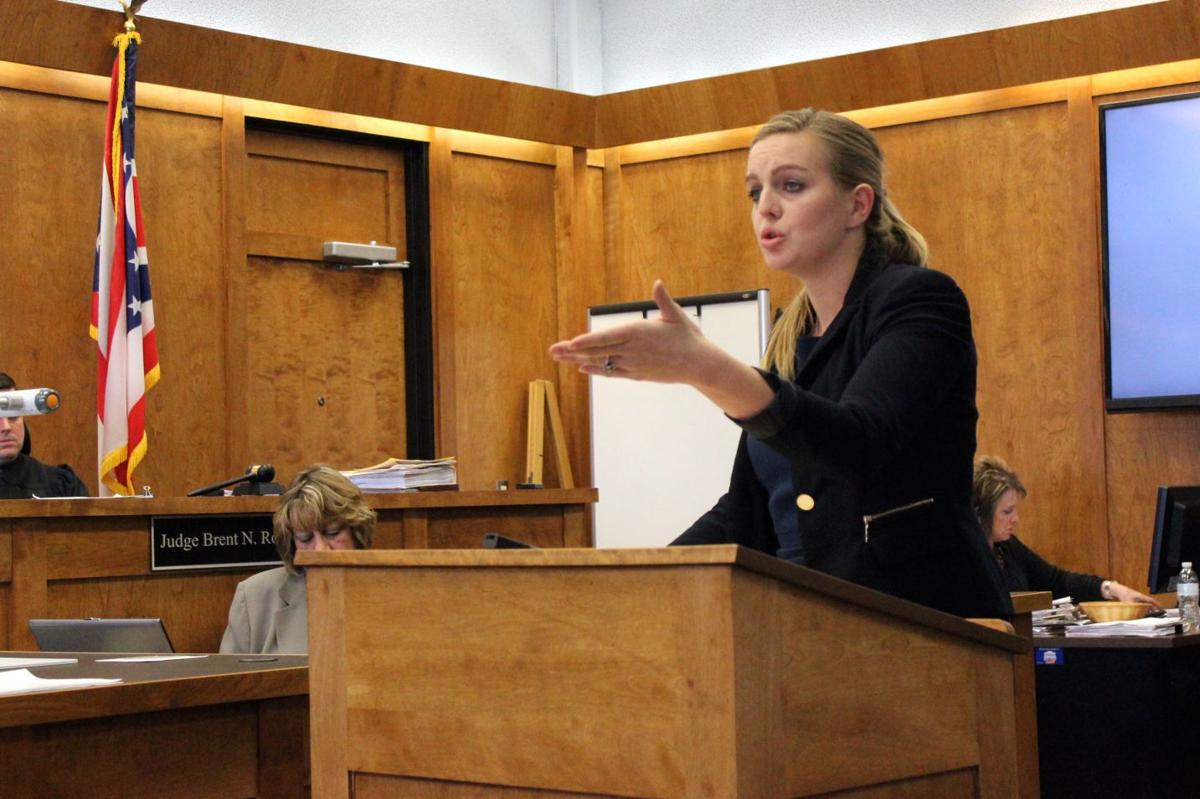 The case against the 42-year-old Mansfield police officer is now in the hands of the jury consisting of 10 men and two women.

Garn is charged with 34 counts total, including 15 counts of misuse of a computer, 11 counts of dereliction of duty, burglary, trespass into a habitation, attempted gross sexual imposition, menacing by stalking, two counts of tampering with evidence, sexual battery and public indecency.

“It appears that maybe I heard the evidence different than attorney (Omar) Siddiq did,” defense attorney Kimberley Corral told the jury. “There is departmental policy and then there is unified law.”

Corral said the jury should consider the state’s witnesses as “incredible” because the witnesses’ stories had changed so many times. She said witnesses gave varying testimonies against what the evidence had shown.

State prosecutor Siddiq responded by asking the jury to disregard “red herrings the defense gave.” The prosecutor also argued that witnesses did not want to testify, proving their credibility. One witness, he said, was crying during her testimony in which she recalled fighting Garn to keep him from pulling down her pants.

“What did she have to gain? Nothing,” the prosecutor said. “She did not want to be here because the defendant did those things to her.”

Siddiq continued pointing out the alleged victims shared similar hair and eye color. He said they all had similar body shapes as well.

“The defendant has a type of woman, ladies and gentlemen, and you saw them take the stand. If they were making it up, one would have been blonde, black haired, have blue eyes,” the prosecutor continued. “The sheer probability of four different women coming forward and all four having the same traits is astronomical.”

Corral pointed out different opinions between the state and the defense about the 15 counts of the misuse of a computer charges.

She reminded the jury of one witness, a police officer and friend of Garn, who said he was not bothered by Garn running his information for a “non-law enforcement” reason. That proved, in her opinion, there are unclear rules for using the Law Enforcement Automated Data System.

She also pointed out multiple times rules and the law can be two separate things.

Siddiq stated that Garn believed he determined the law.

“You have the power to exile this cancer from the Mansfield police department,” he said raising his voice to the jury. “For every single one of these LEADS violations, He did it because he thinks his discretion means he determines what is law.”

Siddiq and Corral asked the jury to take its time and review all evidence presented to them. Both sides said they believed the jury should find all charges to fall in their favor. The jury reconvenes on Wednesday at 9 a.m.

MANSFIELD — The jury in the trial of Mansfield police officer Michael Garn is still out after more than 15 hours of deliberation.