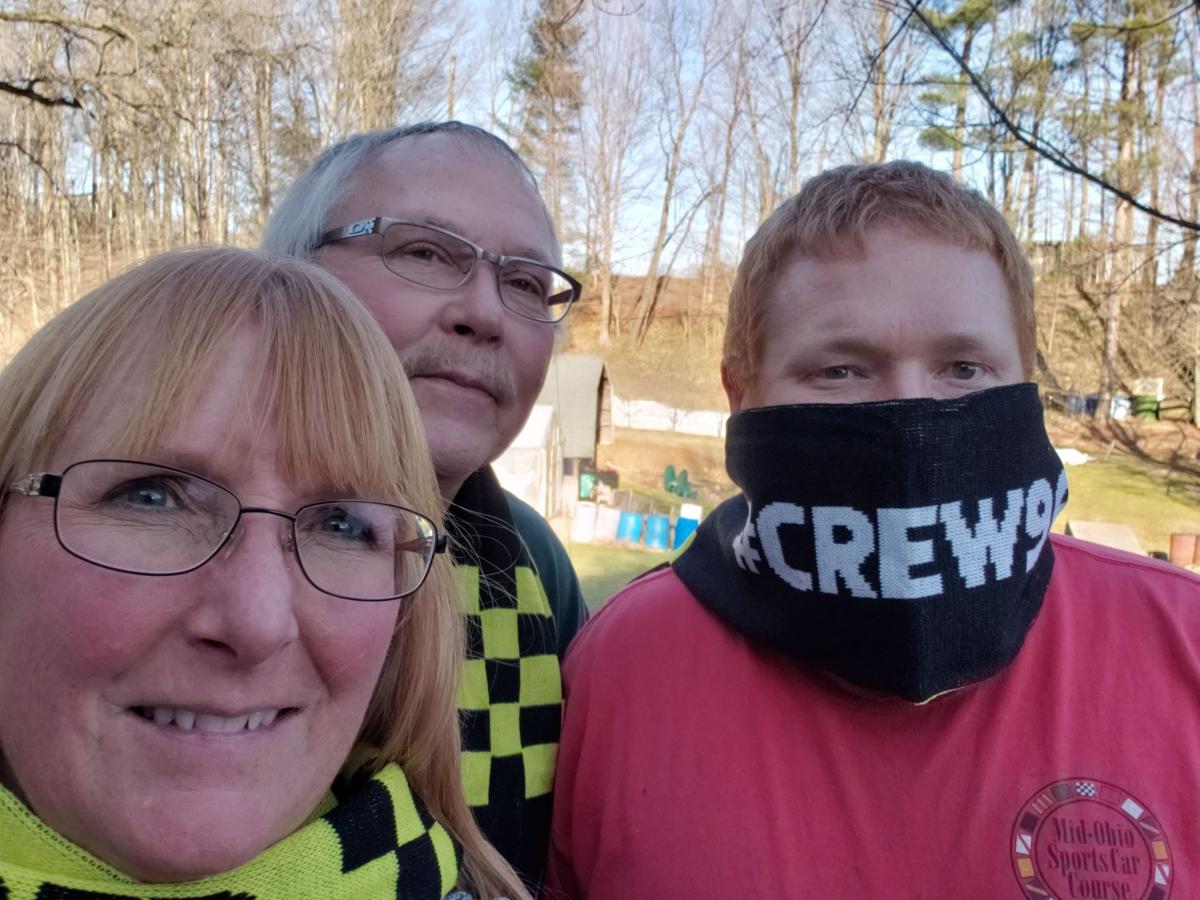 Sue, her husband and one of their three boys are all decked out in their Columbus Crew SC gear. 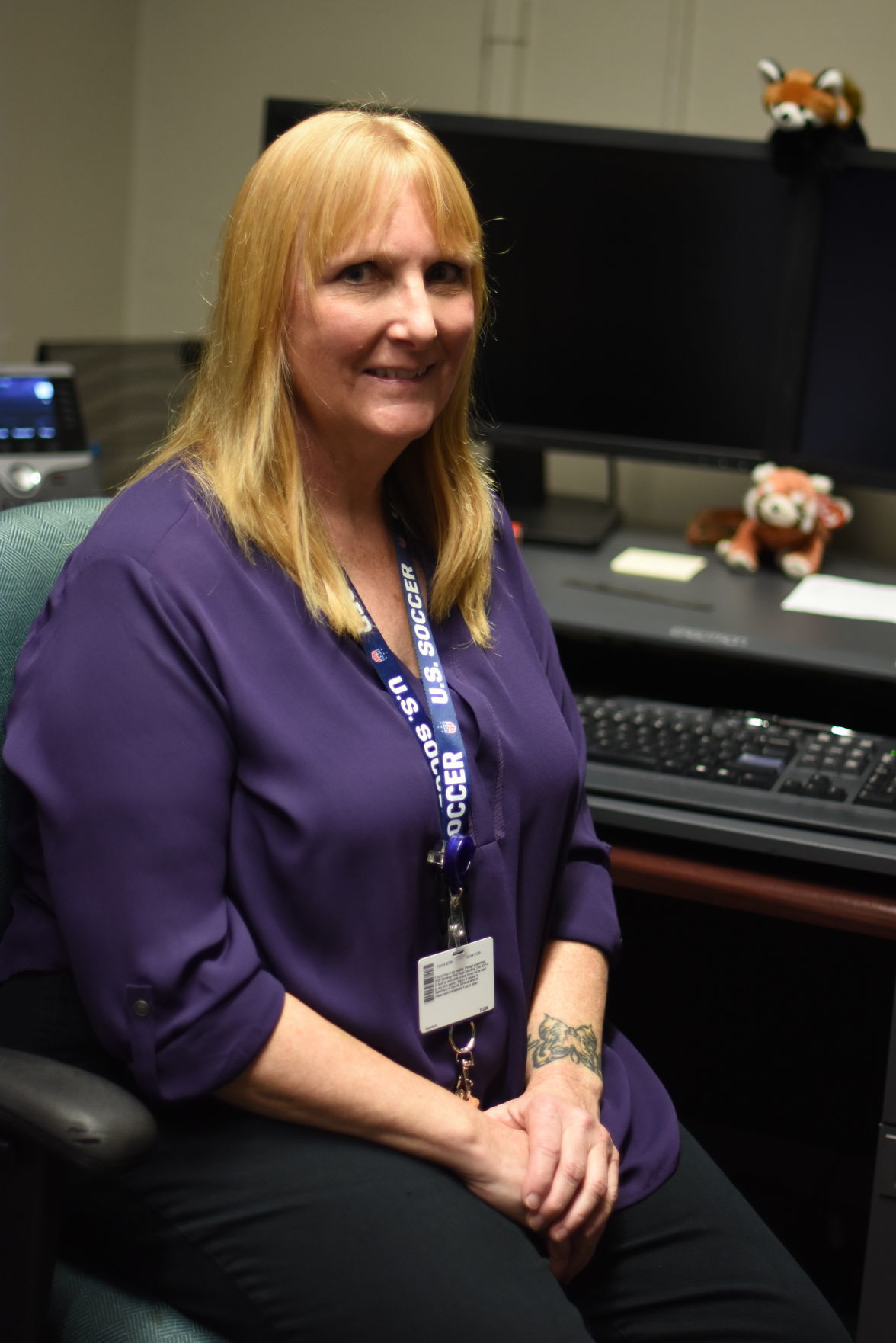 Susan Hunt, 61, is originally from Mansfield but has been moving around her entire life. She works at OhioHealth Mansfield Hospital as an administrator assistant but worked there in IT for 40 years. Soccer is her greatest passion. 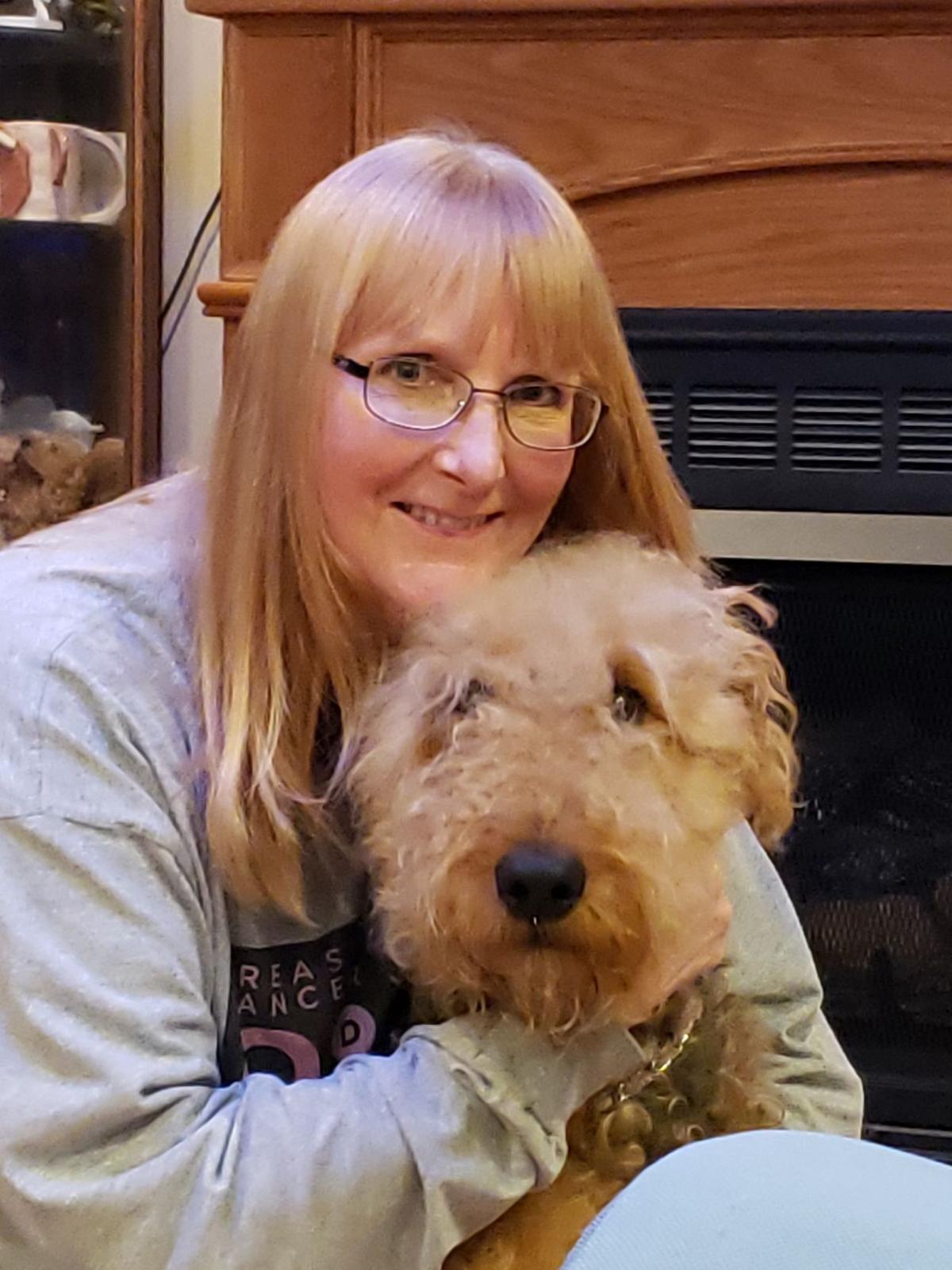 MANSFIELD — Sue Hunt works as an administrative assistant at OhioHealth Mansfield Hospital during the week and spends her time in Columbus at the Mapfre Stadium on the weekends.

“I have people that ask me if I was a soccer mom and it’s, ‘no, my son is a soccer orphan,’” Hunt said with a laugh.

Hunt, 61, took a special interest in soccer ever since her senior year of high school and has since gone on to make it a huge part of her life, hoping to always be a player.

“My senior year was the first year that a girl could play guys sports,” Hunt said. “They didn’t have a girls soccer team, so I hoped to try out and had people saying I would make the team, but we moved to Mansfield just before my senior year.”

With popular movements such as #MeToo and the Women’s March, Hunt’s proud of the progress made for women since she was a little girl.

“Women’s liberation started when I was just a little kid and I can’t say that it’s changed that much. It’s just that between the media, social media and the internet, it (women’s empowerment) is pushed so much to the forefront.”

Thirty years later, Hunt’s passion for soccer has only tripled. After learning she was a finalist in the Strive to Thrive contest, she became “very excited.”

Although she’s participated in similar contests, she hopes that with this one she’ll be able to get in better shape, play soccer and run more marathons.

Growing up with parents who smoked and abused alcohol and seeing the toll it took on them, Hunt knew what she didn’t want for herself as she got older. She has always taken her health seriously.

“I’ve kind of patterned my life as a non-smoker and a light alcohol user. I maybe average one drink a month just because I saw what a toll it took on their physical health.”

According to Richland Public Health’s 2016 community health assessment, In 2016, 50% of Richland County adults had at least one alcoholic drink in the past month, increasing to 60% of those under the age of 30. The 2015 BRFSS reported binge drinking rates of 18% for Ohio and 16% for the U.S.

“Not all physicians list the different causes, so I only see on the death reports occasionally where they’ve listed alcohol or tobacco abuse,” said Richland Public Health educator and communications specialist Reed Richmond.

Hunt currently stands in first place after losing 8.76% body fat, however she’s not in the competition for the grand prize of a free one-year gym membership at Ohio Health training facilities. In fact, she hopes the other contestants working just as hard as her will eventually overthrow her by the end.

If Hunt loses the goal amount of weight she wants to lose and gets back to her “driver’s license weight,” she plans on rewarding herself by going zip-lining in Mohican.

“I’m on track for reaching my goal at the end of the competition, but I want to continue to progress into the summer so that hopefully I can maintain the same progress I’ve been making,” Hunt said.