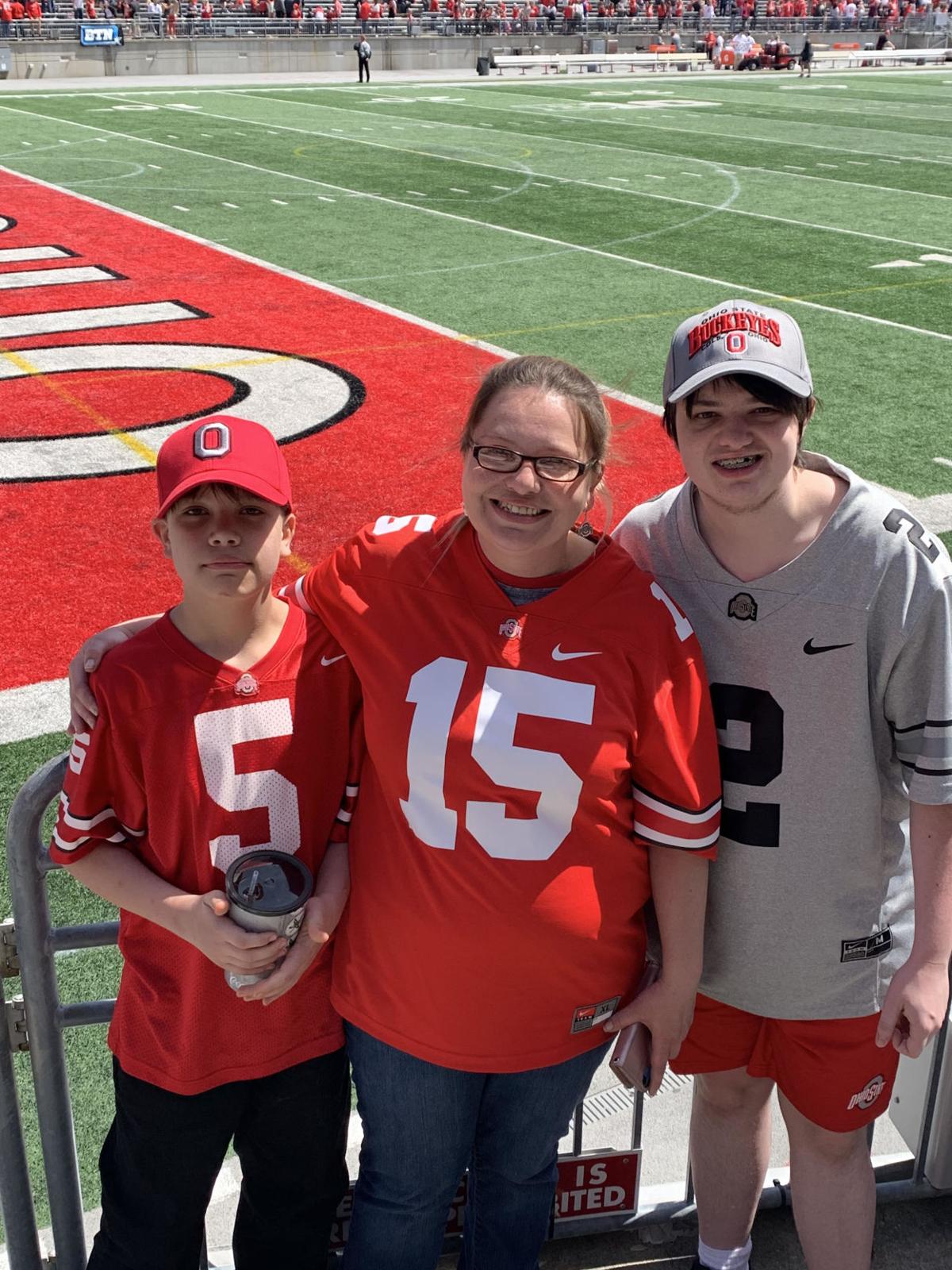 Royse with her sons at an Ohio State football game. 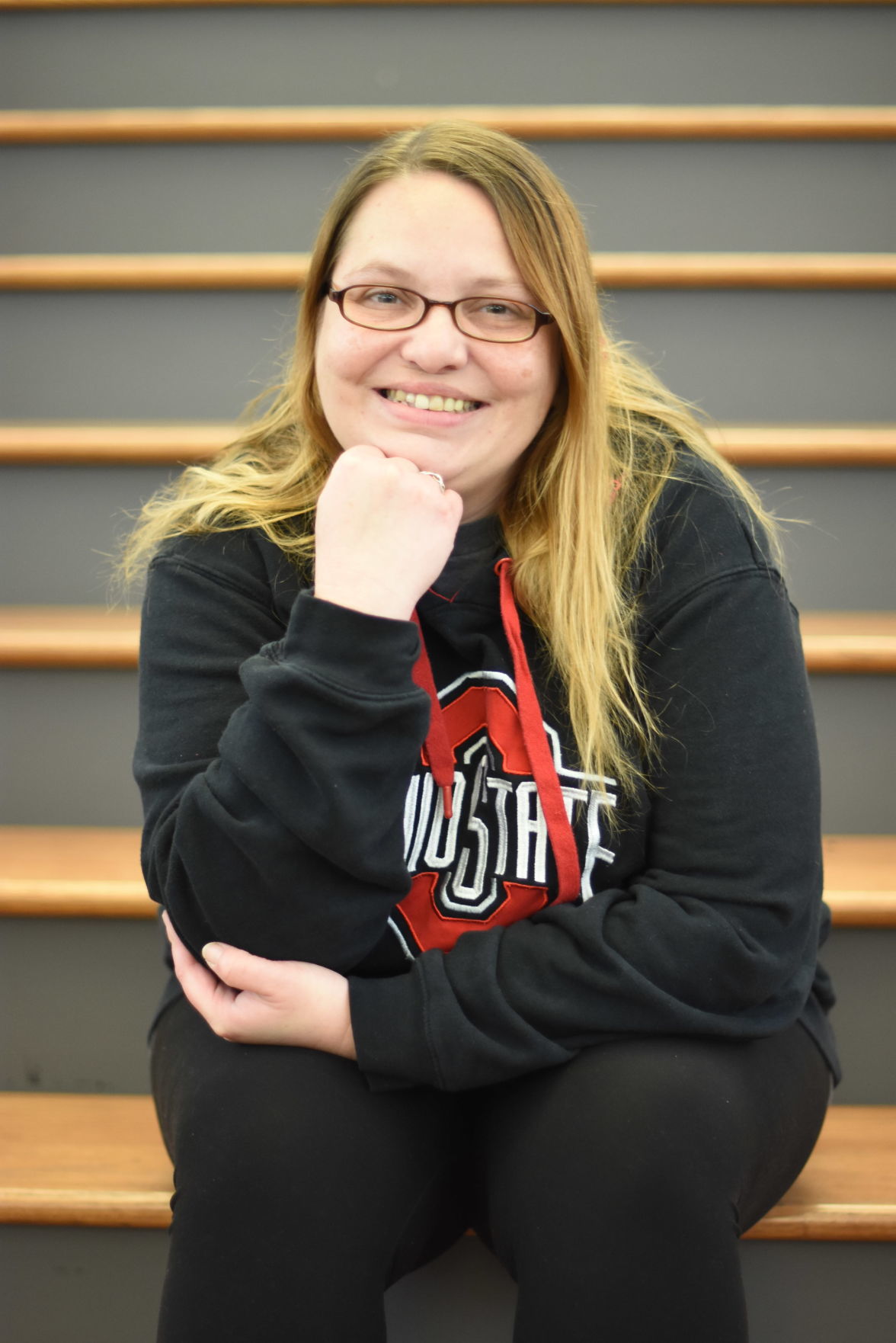 Heather Royse, 38, is from Galion. She works in material support/inventory for Jay Industries. Ohio State is her favorite football team, and she named one of her two Great Danes Brutus after Brutus Buckeye. 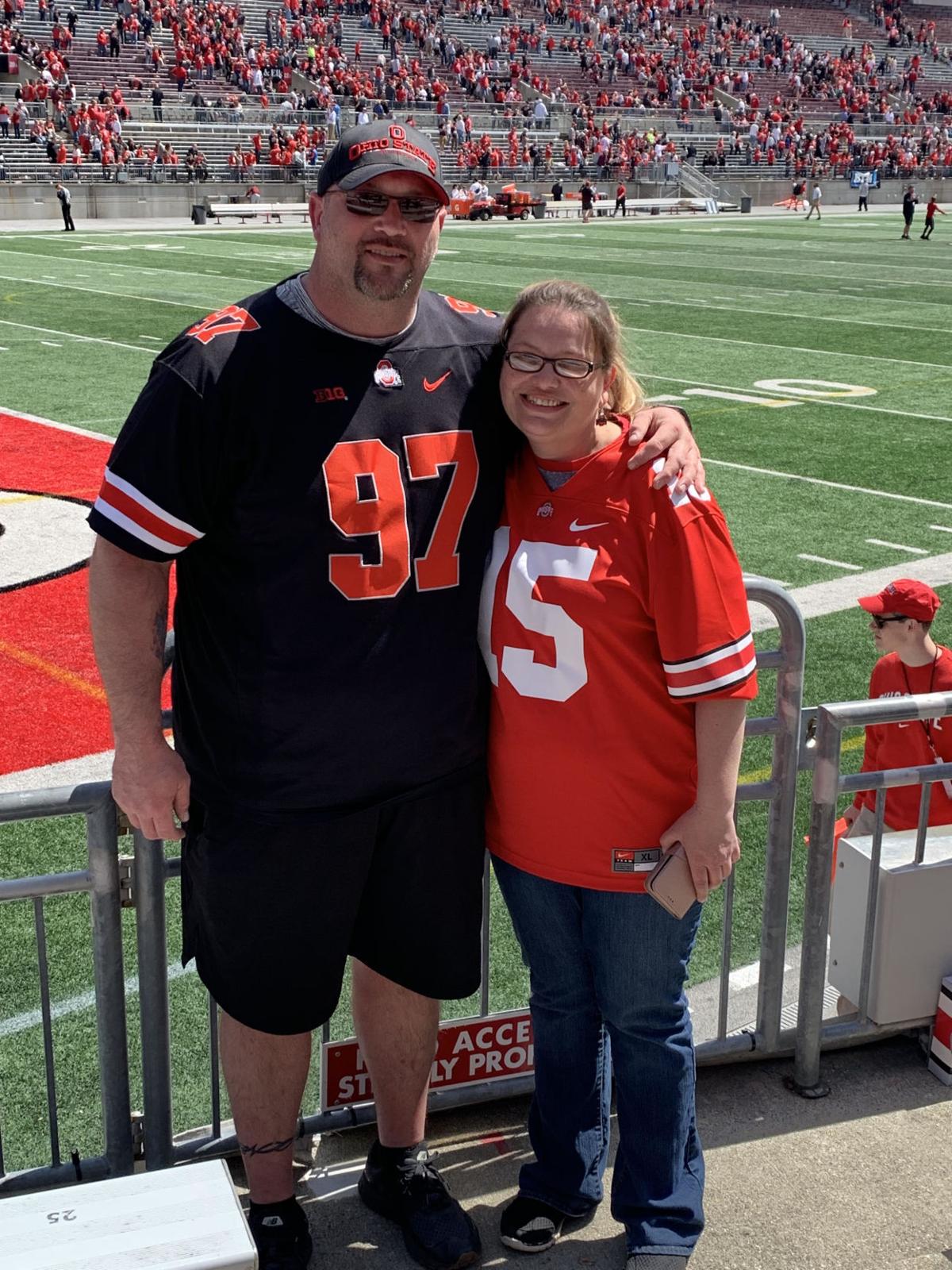 Royse and her boyfriend originally wanted to join the the Strive to Thrive contest together, but only Royse met the deadline to sign up.

MANSFIELD -- Galion resident Heather Royse once starved herself to feel good about her body, but now she’s learning the benefits of a healthy diet and exercise with the Strive to Thrive contest.

Royse felt inspired by her cousin who, in the past year, lost 100 pounds with the help of a personal trainer.

“A lot of my family is bigger, my dad was always bigger. I just don’t want to get out of control where all of a sudden one day I’m 300 pounds. That scares me a lot because it could easily happen,” Royse said.

Royse has had an uphill battle with losing weight. Even after joining the Galion Community Center YMCA with her friend, she still didn’t see the results she’d hoped to see.

“I would get really, really serious and I would only eat salad, and I would try to watch what I was eating, and then I would gain two pounds,” Royse said. “The only time I’ve ever really felt that I’ve lost decent amounts of weight, I was pretty much starving myself.”

Royse always had a skewed version of herself where she thought she looked the same whether she gained or lost weight. However, it dawned on her one day how much she gained when her boyfriend had to make a new hole in her belt to get it on.

During the period she would starve herself, Royse would eat tiny portions of food a day and power through her hunger for the rest of it. When she noticed how much weight she lost in the process, she saw how “great” she looked while on the inside not feeling as great.

Though two of Royse’s family members who were overweight received gastric bypass surgery, she wants to lose weight the natural way.

“That (gastric bypass) never crossed my mind,” Royse said. “I don’t want to do that… I don’t think that’s the way you’re supposed to lose weight, so I want to do it the right way and show them that if you just cut back, watch what you’re eating, you can actually make a difference.”

In the past, Royse would tend to “watch the scale too much” after her workouts, leading to her feeling disappointment when she wouldn’t see any progression.

“I just want to find something that actually works for me that’s healthy and doesn’t involve me not eating at all,” Royse said.

Licensed Independent Social Worker Tracy Hamilton is one of the only counselors in Mansfield to work with clients who have eating disorders at Life Steps Counseling Service. Compared to other therapists, Hamilton works with 50-70% more clients with those mental disorders.

“I would love for us to have more resources in this area,” Hamilton said. “Often, if they need a higher level of care, we have to send them to different facilities throughout the state or out of state.”

From what Hamilton has seen in Richland County, one of the most common reasons behind eating disorders is related to a person’s dissatisfaction with themselves.

“Loved ones need to keep in mind that eating disorders are complicated and an illness the person is battling, not just something they are choosing,” Hamilton said. “Someone struggling with an eating disorder needs compassion. They need support and help finding resources.”

With it being National Eating Disorder Week, Hamilton hopes there will be more discussions in Richland County about eating disorders and supporting those affected by them.

“Even if they aren't sure if they have an eating disorder, they may have disordered eating which can lead into one,” Hamilton explained. “Preventing a bigger problem is better than intervening on severe problems.”

Although she’s received some skepticism from family members about whether she will stick with the Strive to Thrive contest, Royse hopes to prove them all wrong and not let herself down.

“I’m excited to do it in a healthier way and I just want to get into some kind of routine to where I’m eating healthy, exercising and just knowing that what I’m doing is progressing,” Royse said.

Editor's Note: This article was submitted by Emily Freeman, Exercise Physiologist at OhioHealth and Strive to Thrive personal trainer.