It’s the kind of training you never want to have to use, but when done correctly, could save lives.

Stop the Bleed is a national initiative aimed at educating and equipping bystanders to help in a bleeding emergency before medical professionals arrive. 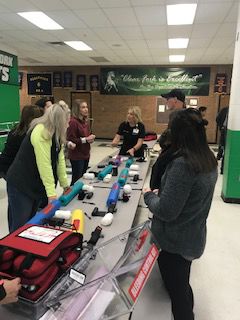 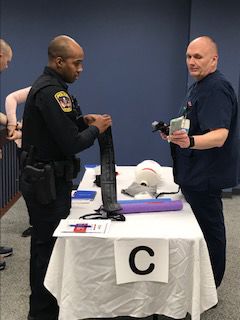 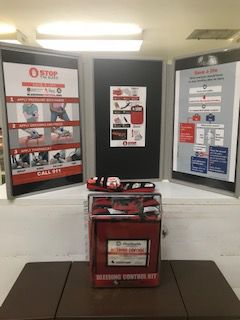 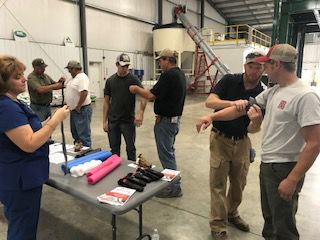 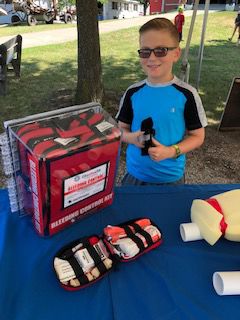 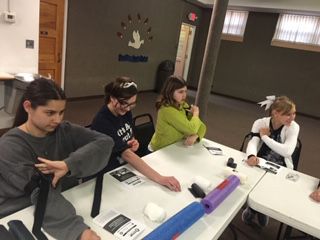 “We’re a little over a year out now and we’ve been able to train 45 schools in Richland County,” said Laura Pond, trauma program manager at OhioHealth Mansfield Hospital.

Stop the Bleed arose in the aftermath of the the shooting at Sandy Hook Elementary School. The training is recommended by the Hartford Consensus, which directs all responders – civilian and professional – to have the education and necessary equipment for hemorrhage control, and strongly endorses civilian bystanders to act as “immediate responders.”

The Hartford Consensus further states uncontrolled bleeding is the most significant preventable cause of death in the pre-hospital environment.

In addition to hemorrhage-control training, local schools have received wall-mounted bleeding control kits, which are placed near the school's AED.

Each kit has eight individual bleeding control kits inside which have tourniquets -- both the standard Combat Application Tourniquet and Stretch Wrap And Tuck Tourniquet -- as well as gauze for wound-packing, scissors, gloves, trauma dressing and a permanent marker.

Pond said local law enforcement assisted in training the school staff, as well as some students who participate in programs such as Boy Scouts, Girl Scouts and FFA.

Pond believes Stop the Bleed training is something everyone should learn.

“It’s a life-saving skill, just like CPR,” she said. “It's those first few minutes that really make a difference and can save someone's life.

“At the trauma center, we do a great job at saving people's lives, but we need them to get to us first, and when you've got a really severe arterial bleed, somebody can bleed out and die in less than five minutes.”

Pond said the training is easy to learn and easy to perform.

“It really is for all ages and anyone can attend this training,” she said.

The next community training will take place May 23 in recognition of National Stop the Bleed Day. This free training will be held on the fourth floor of the Medical Offices at Mansfield Hospital from 5:30 to 6:45 p.m. Register by contacting Wendy Gunder, injury prevention specialist, at 419-520-2897 or via email at Wendy.Gunder@ohiohealth.com.

Participants will learn how to help people with life-threatening hemorrhages. They will also have the chance to practice hemorrhage-control techniques.

“In the training they teach you about mass casualties, disaster situations,” Pond said. “But in our setting, it's more rural. It's hunting accidents, it's farming accidents, it's kids falling off of the jungle gym, car accidents — those are the things that we see in our area.”

Thursday’s course will also feature a drawing for a free bleeding control kit.

Pond hopes to see more bleeding control kits distributed to other public places throughout the area, which may be made possible with additional grant funding the trauma team has applied for.

"We're waiting on information back from one grant," she said.

In addition to the local schools, many other groups and individuals have received the Stop the Bleed training, including the local law enforcement, the Community Emergency Response Team, farm bureau, as well as several churches and manufacturing businesses.

“We have trained almost 3,000 people within a year, which is tremendous,” Pond said.