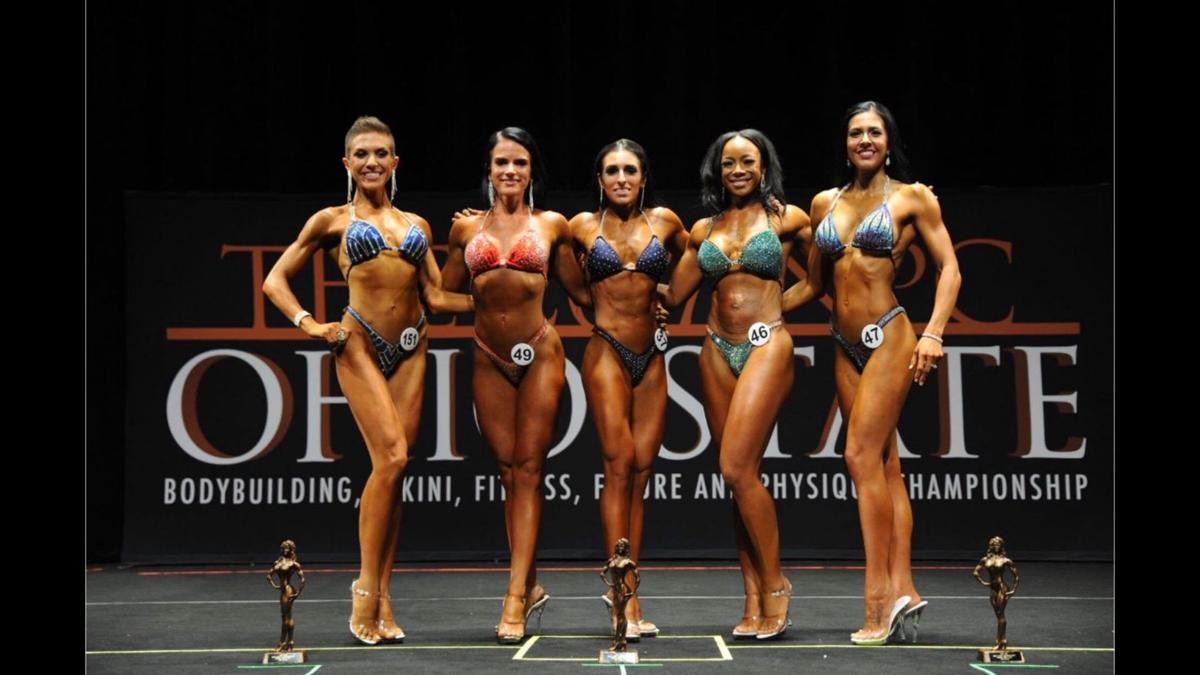 Megan Davidson, far right, poses with her fellow competitors at a figure competition. 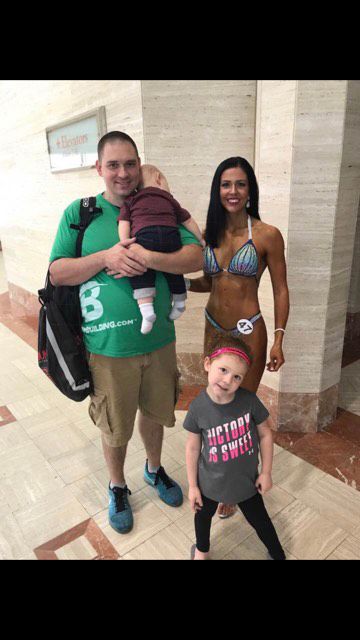 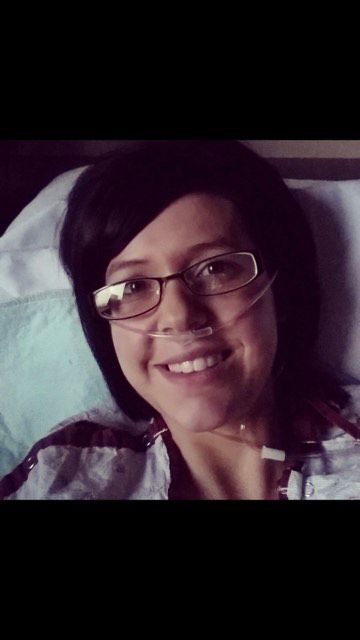 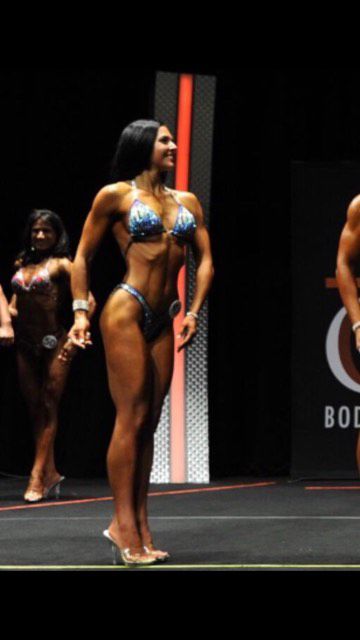 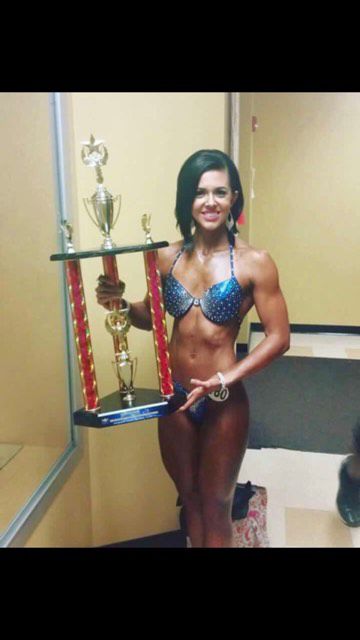 Megan Davidson, 27, of Shelby, received some of the best and worst news of her life in 2012.

During a doctor's appointment, not only did she learn that she was pregnant with her first child, but she also found out she had stage 0 cervical cancer.

She was able to carry her daughter to full term, and after giving birth, she underwent two surgeries to remove the cancer cells (the first surgery was unsuccessful, as the cancer cells had spread).

"It was hard. They told me from that surgery that I would have an incompetent cervix and carrying another child would be difficult,” she said.

As she recovered from the procedure, she looked to fitness to help her cope.

“The gym was kind of my therapy,” she said.

Then in 2014 she started having what she thought were anxiety problems.

“I was having chest pain and back pain, and I kind of related it to starting a new job. I was working as a pharmacy technician and retail pharmacy can be pretty hectic,” she said.

After a visit with her primary care physician, she was told that she had a large mass in her chest and would need to see a specialist. A thoracic surgeon at Ohio State University Wexner Medical Center believed the mass to be a schwannoma, a rare nerve tumor growing from her spine.

Back into the operating room she went.

“I remember feeling defeated,” she said. “For the first time everything was hitting me. I had already gone through all those surgeries. I was a new mom, a new wife, and it was just really overwhelming.

“I remember laying in bed and praying for strength, and I just kept asking, ‘Why? Why am I going through this?’”

In the three months of recovery that followed, she spent time researching everything fitness — reading fitness blogs, watching videos on YouTube, etc. While surfing the web, she stumbled upon Dana Linn Bailey, an American IFBB Pro fitness and figure competitor, who delivered a message of perseverance that resonated with Davidson.

“I decided at that point that I wanted to get into competing, so I spent the rest of my recovery researching nutrition, the posing, the suits, the makeup. I wanted to do it perfectly,” she said.

Once she was cleared by her doctor, she returned to the gym with the goal of entering her first figure competition.

She met that goal just one year after her surgery in October 2015.

“It was rough, and I was really scared because I felt so unprepared. I didn't know what I was getting myself into,” she said.

“I remember stepping out onstage after they called my name and I heard my little daughter in the crowd yell, ‘Go mommy!’ And it was just like, I found my purpose when that happened. I knew I belonged there.”

“For my first show, I mean I didn't know what I was doing. These girls had coaches and I did this myself, so it was really rewarding,” she said.

She knew after walking offstage she wanted to continue competing, so she signed up for another competition.

Three weeks out from the show, she found out she was pregnant. The news was met with trepidation.

“I was scared because I had that surgery on my cervix and they had told me this could be a risk,” she said.

Much to her relief, she delivered a healthy baby boy, and she was still able to work out during her pregnancy.

“The whole time I was thinking, ‘I want to compete.’ I didn’t know why I wanted to throw myself back into a prep, but I felt very compelled to do so,” she said.

Once she was given the OK by her doctor at her six-week postpartum appointment, she was back in the gym, fueled by her ambition to become stage lean (between 8 and 10 percent body fat), she said.

She hired a nutrition coach Mike Davies, of Columbus, to help her reach her goal.

Regaining her strength and physique proved challenging, taking both a physical an emotional toll.

“I would leave motivational notes for myself all over the house,” she said.

One of her favorites was by Helen Keller: “Character cannot be developed in ease and quiet. Only through experience of trial and suffering can the soul be strengthened, ambition inspired, and success achieved.”

Just one month shy of her son’s first birthday, Davidson competed in another figure competition, beating 18 other women in one class and 22 in another.

“I was getting ready to go onstage and I was holding my son breastfeeding and women were walking by and they just were amazed by that. They were stunned,” she said. “And I'm sure it looked crazy, but you know, it was a proud moment for me.”

Shortly after stepping offstage she received an email that her schwannoma tumor was being used for research.

“I got an answer to that ‘why,’” she said. “I felt like I needed to learn my inner strength. I needed to see what I could go through, what I was capable of, and I just feel like God used me to go through that, not only to learn how strong I could be, but that tumor went to research so that they could better understand this rare disease.”

She described the whole experience as empowering.

“I felt like that was my purpose — to just be an inspiration for other people and show that it is possible,” she said. “You can go through things and instead of asking ‘why,’ look for your what. What am I supposed to learn from this?

“That that's the message that I want to get across.”

A few weeks ago, our family had a particularly rough week. Over the…