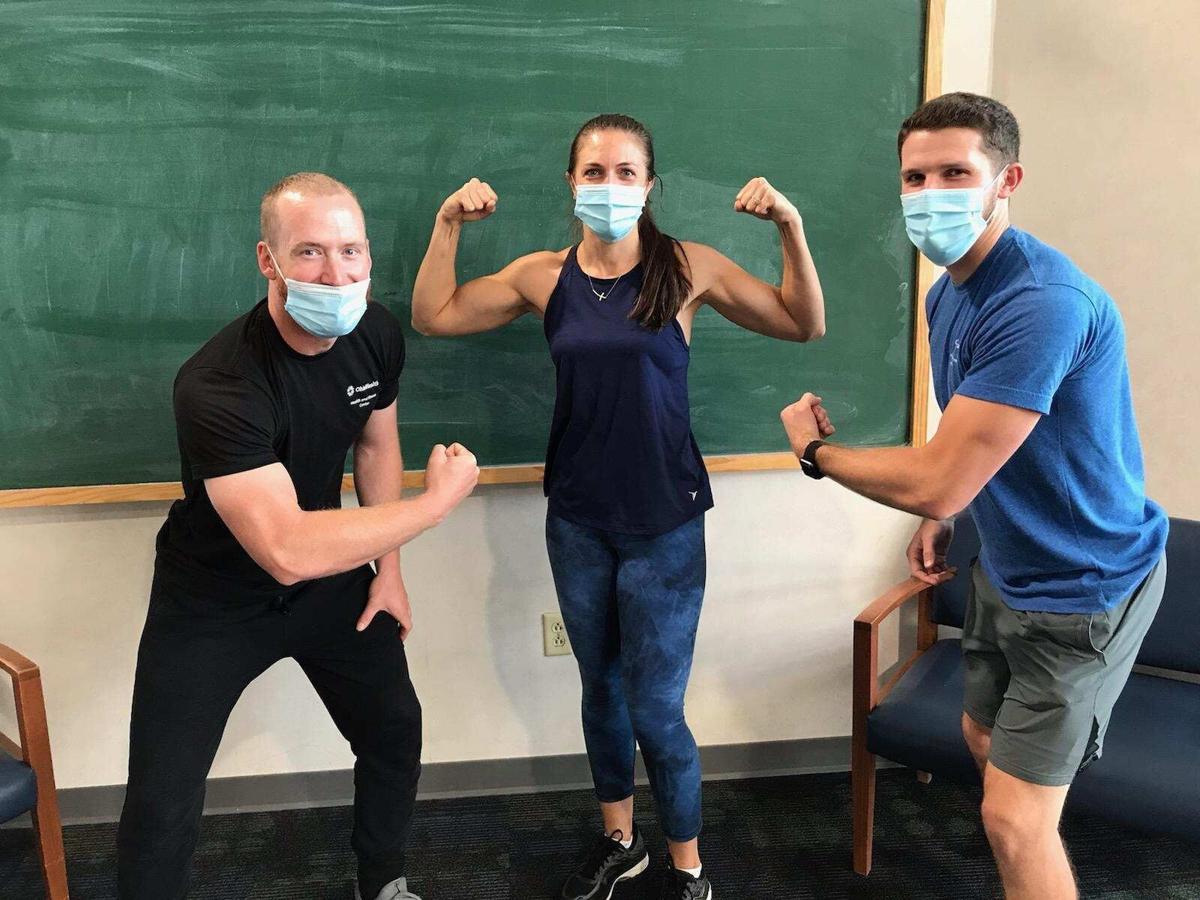 Richards with the other trainers at OhioHealth Ontario Health and Fitness Center. 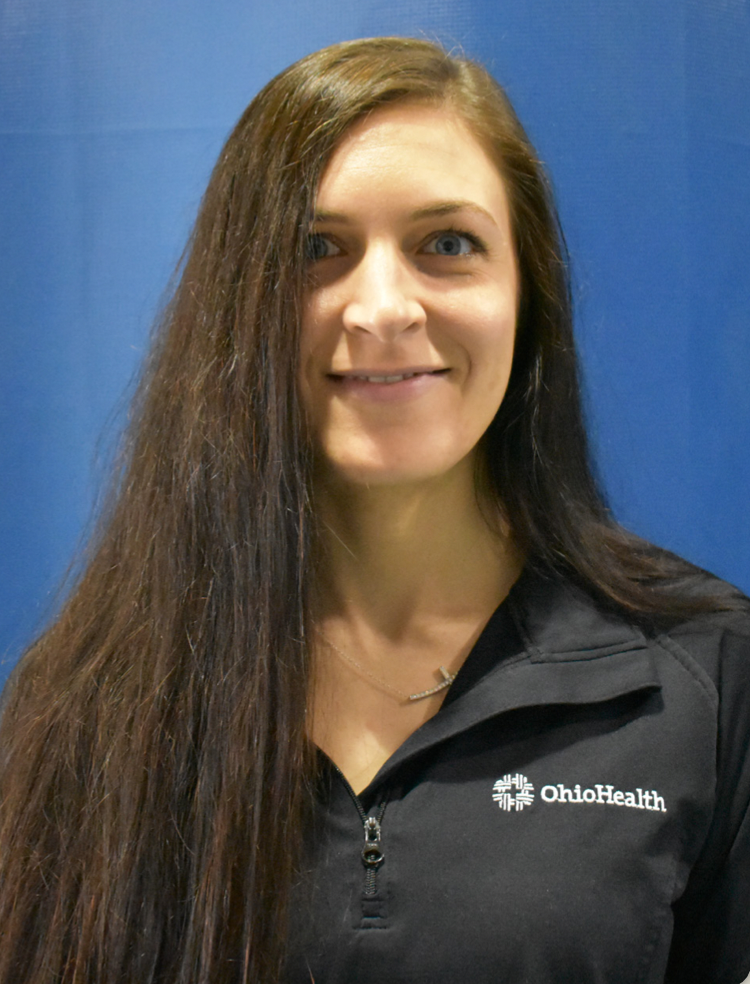 Richards loves helping others find ways to reach their potential and improve their quality of life, even through less than ideal situations.

MANSFIELD – At the beginning of every year, people want to start fresh with new goals and a healthy mindset. Setting new fitness goals can be a good way to start, but it’s important to set realistic ones.

Amber Richards, an exercise physiologist at OhioHealth Ontario Health and Fitness Center, encourages all of her clients to stick to Smart Goal principles. By breaking down goals and being thoroughly specific, they can be more achievable.

“I think that's where most people go wrong,” Richards said. “They try to pick this really lofty goal, and we widely want to think about things that we can have control over because some things we just don't have control over. I think that’s going to be especially important coming up going from the year 2020 into the year 2021.”

Richards tells her clients to have a plan and then a backup plan, especially after 2020 which set a lot of people’s fitness goals back.

OhioHealth Ontario Health and Fitness Center, since reopening in July, has seen 73 percent of members return to the gym. Though in recent weeks, with an uptick of COVID cases after the holidays, some members have been reluctant.

“We are hopeful with the administering of the vaccine, in time, the fitness industry will bounce back,” wrote Emily Freeman, supervisor at OhioHealth Ontario Health and Fitness Center, in a statement. “When a member is ready to return, they will find that the OhioHealth Ontario Health and Fitness Center has taken extraordinary measures to keep everyone safe during the COVID-19 Pandemic.”

The rising cases of COVID in Richland County have caused OhioHealth to tighten up their mask policy further. Masks at the fitness center must be worn at all times except for vigorous cardiovascular exercise.

For new people getting into fitness and those already in the habit of a fitness routine, there can be times where they reach a plateau. For someone who does not feel challenged enough, Richards advises adding more variety into a routine from a cardiovascular standpoint to overall body strengthening.

When going through orientation with an exercise physiologist at OhioHealth Ontario Health and Fitness Center, clients will be tested on an InBody machine, which shows someone where they are on a scale of what's normal for their age in terms of body fat percentage and body weight by water, fat and amine mass. After having that assessment, exercise physiologists can then determine a client’s fitness plan.

Although it’s important to have goals and achievable ones, Richards constantly reminds people that they shouldn’t treat them as “goals to perfection.”

“It's not a flip of a switch kind of thing. It’s just a continuous string of good decisions or good choices that we're making or healthy actions that we're taking toward that goal,” Richards said.

“I just encourage (her clients) to make little goals... pick a goal that they know they can achieve. And when they achieve that goal, pick another goal that's maybe a little bit harder to achieve, but they know they can achieve... If you do it in steps like that, then you end up a lot farther than you probably originally thought you could go. It just breaks it down to make it more achievable.”

Even though it’s been much easier to have setbacks on goals in the past year, Richards wants people to know that they shouldn’t feel defeated or think they’ve failed.

“If you have to change the timeline a little bit to keep yourself on track, that's fine,” Richards said. “Maybe we reached our goal much quicker than we thought, or maybe it's going to take us a little bit longer, but that doesn't mean we failed. We just have to readjust as we go.”