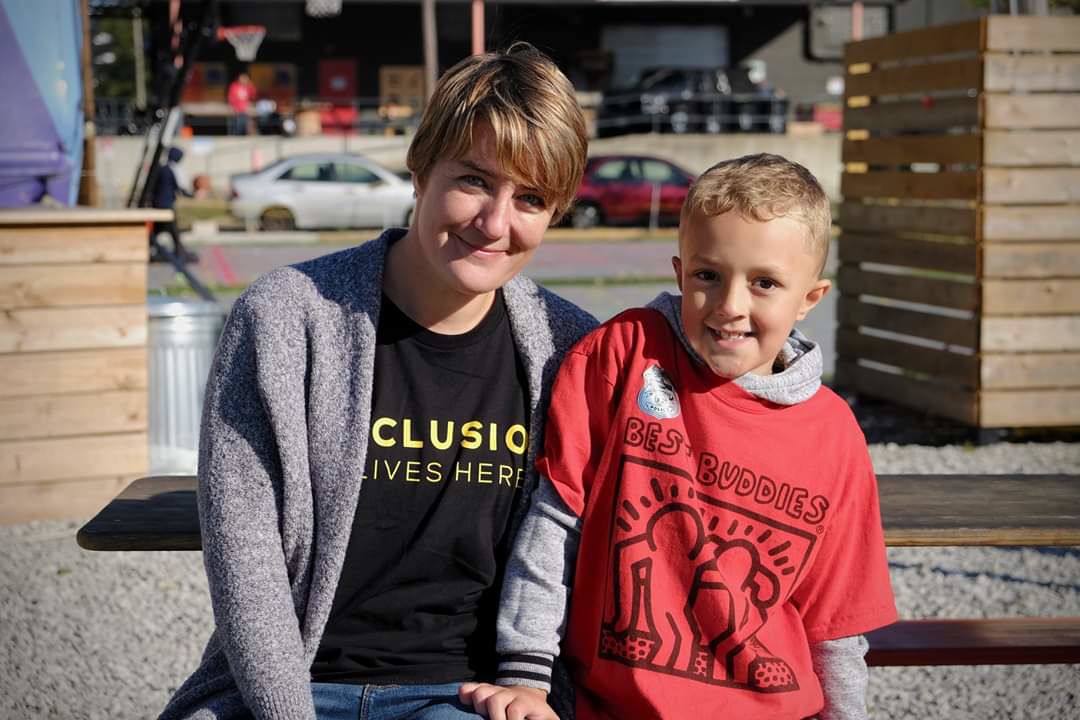 Ohio State University at Mansfield student Julia Robinson with her 9-year-old son. Robinson is also the chapter president of a student organization on campus called Best Buddies, which is devoted to fostering lasting friendships between college students and adults with intellectual disabilities. She said her son enjoys attending Best Buddies events with her. 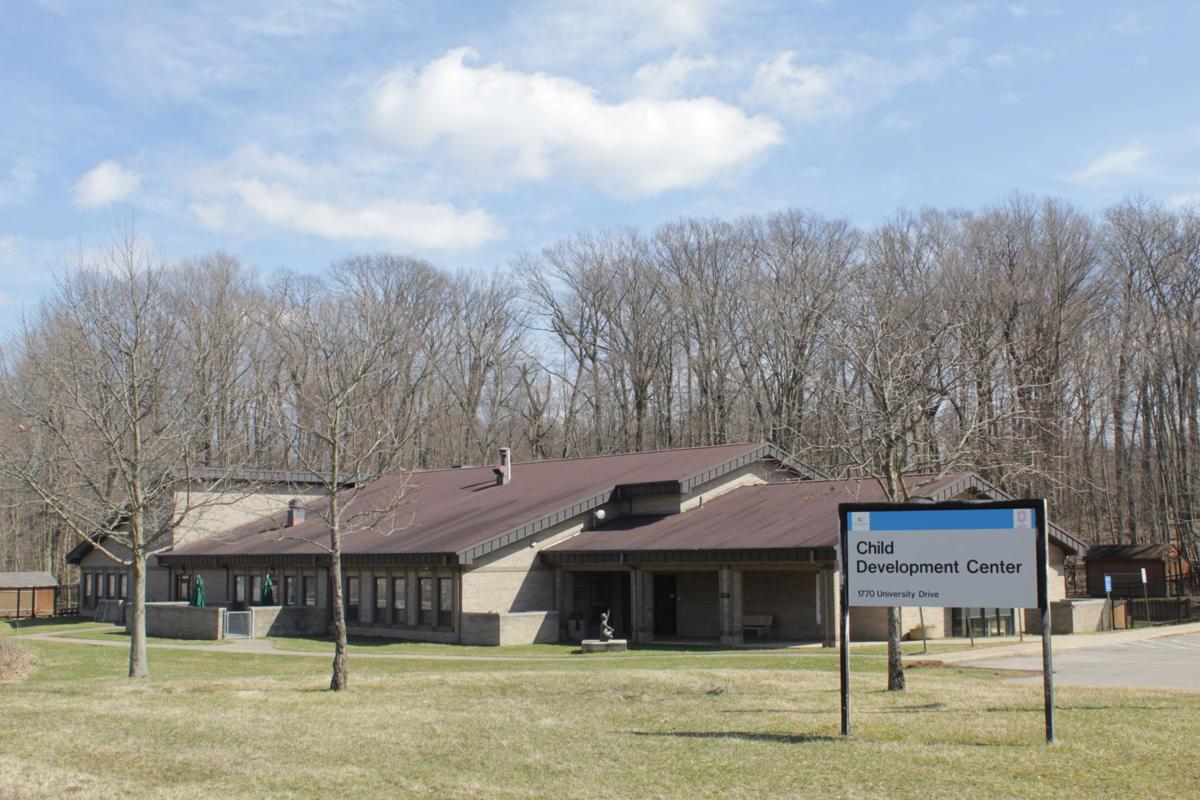 The Childhood Development Center is located on the campus of The Ohio State University at Mansfield. The center provides care to parent-students from North Central State College, OSU Mansfield, Ashland University and Mount Vernon Nazarene University, as well as private paying families in the area. 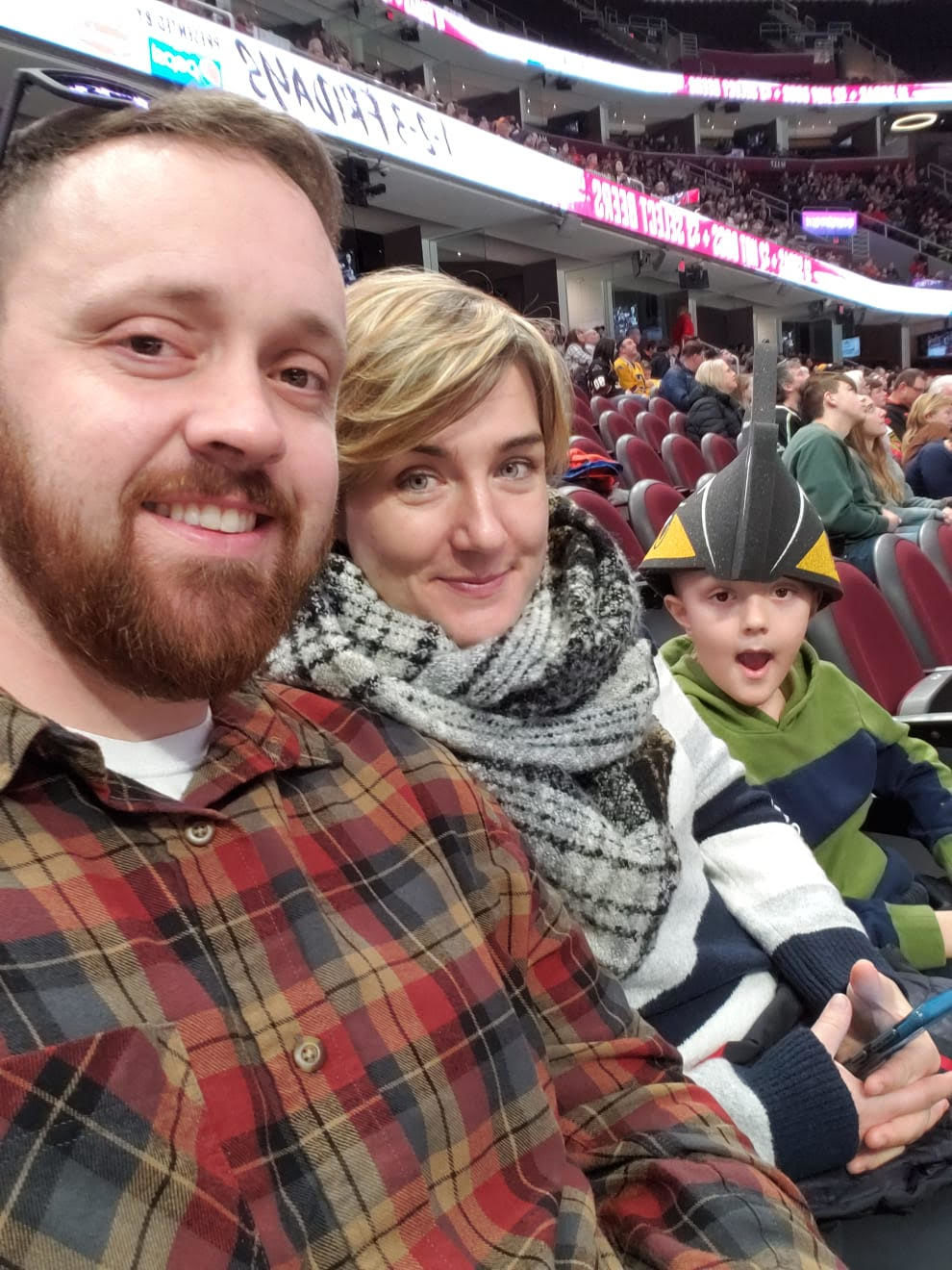 The Robinson family at a Cleveland Monster's game this February. Both Julia and Michael Robinson work hard to ensure they spend quality time with their son while pursing social work degrees at The Ohio State University at Mansfield.

ONTARIO — Despite the obstacles student-parents face, many are able to maintain balance in their lives, thriving as college students and as parents.

More than one in five college students—or 22 percent of all undergraduates—are parents, according to a new analysis of data from the National Postsecondary Student Aid Study. This equates to about 3.8 million students who are raising children while in college.

Julia Robinson, a senior in the social work program at The Ohio State University at Mansfield, is also a mother to a 9-year-old son.

“Obviously, as a mother, you want to spend as much time as possible with your child,” Robinson said.

The 34-year-old moved from Schweinfurt, Germany to America in May 2016. By August, she had enrolled at OSU Mansfield for college classes. Now, she is on track to graduate this May.

As Robinson’s course load became increasingly difficult, she discovered her schedule became inflexible, making it harder to adapt when her son got sick or had a snow day.

Her husband, Michael, is also a social work student at OSU Mansfield. With both parents being full-time students, Robinson said time-management is the most important thing.

“I have a schedule planner. I have one for the family and one for my schoolwork,” Robinson said.

Like many individuals who are highly independent, Robinson struggled to ask for help in the beginning.

“Asking for help is not my forte, I don’t like to do it," she said. "But I have learned that sometimes you just have to.”

With her own family in Germany, her in-laws have notably assisted in taking care of her son.

The Robinson family lives in Willard, where their son goes to school at St. Francis Xavier. The school offers affordable after-school daycare, which has also made it easier for the Robinsons who sometimes have afternoon classes.

Adapting to her family’s hectic schedule, Robinson has even brought her son to campus a few times.

“He always enjoys it and feels like a big boy going to college. Personally, I think it helps to get them used to the idea of higher education,” Robinson said.

As a family, the Robinsons have felt welcomed by OSU Mansfield. Robinson said the professors have been supportive of her bringing her son to class occasionally and have even included him in classroom discussions and activities.

“I think as a mom on a small campus, we are better off because there is that more personal relationship with professors, staff and faculty,” Robinson said.

She recently applied for the social work master’s program at OSU’s main campus in Columbus.

“In the future, I would like to work with veterans, immigrants or refugees in a mental health setting,” Robinson said.

Robinson gave some advice for student-parents who are struggling with any of the same things she has as a mother.

“Communication is very important," she said. "And that means communication with different resources on campus, with your own support system or with professors. Realize that failures happen, we’re all not perfect. Things will happen, and that’s OK. But there’s always a way."

Director of the center, Kim Washington, said that it is the quality of care for the children which truly matters, rather than the quantity.

“We use evidence and research-based curriculum. We screen children for behavioral issues, we screen them for educational purposes, and then we assess them. I don’t think people always think early childhood, from birth to five, is an educational experience, (but) it really, really, really is,” Washington said.

In 1998, the center applied for and received an Early Head Start federal grant, which provides families that are at 100 percent poverty, or lower, fully-funded quality care.

“It’s all paid for with a scholarship. Their diapers are paid for, their wipes are paid for and with quality education,” Washington said.

Being on campus, the center can also serve as a federal work study site for OSU Mansfield and NCSC students who are interested in early-childhood education.

“We are more than a childcare program. We have all these layers that happen in this building and then the layers go into the adults that can come into the building and learn what quality care can look like,” Washington said.

Although the center is currently full, any parents interested in enrolling their children in the center’s program can fill out a small application for the wait list.

The center also has a home-based system, providing family and child development through referrals from children services and Help Me Grow.

Washington said that “the beauty of the Child Development Center is that you look in a classroom and you just see beautiful children that are getting a great quality care and education, it’s not about anything else but that.”