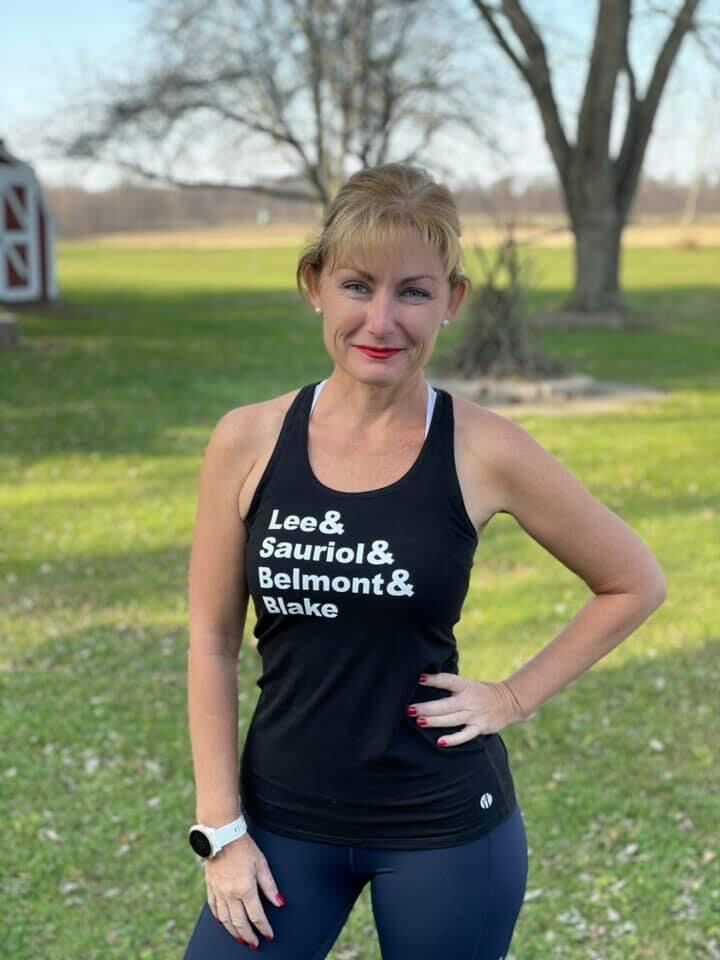 Missy Blake's traveled all over the world in past six years to do ultra-marathons. The Mount Everest Extra Ultra could be her most challenging one yet. 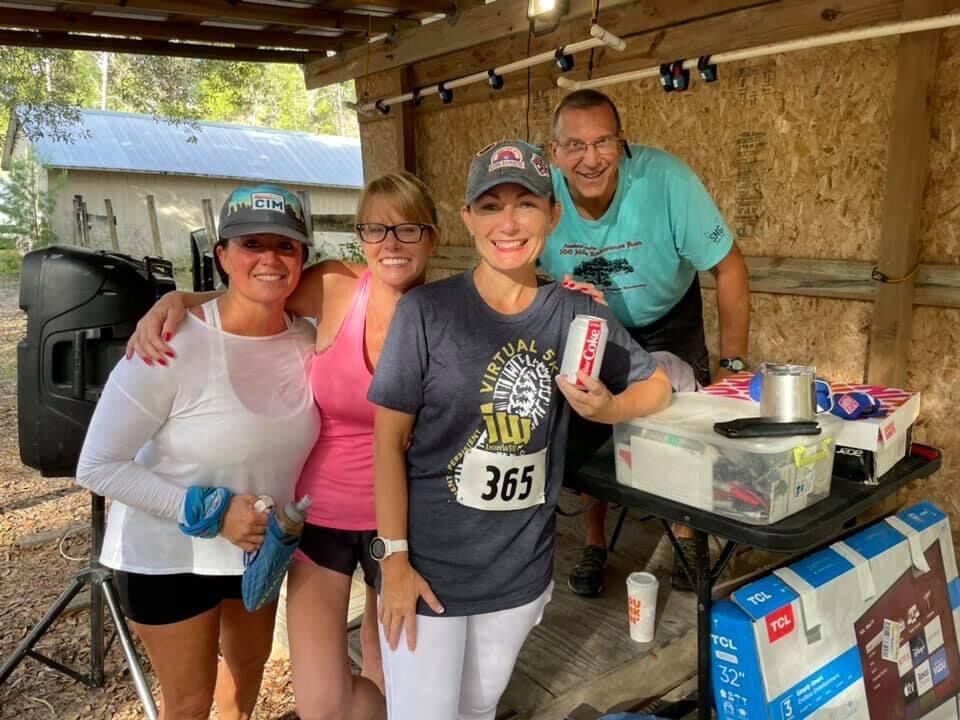 Blake once did a 50K in Mississippi and fell, breaking two ribs and hurting one of her knees. She still finished. 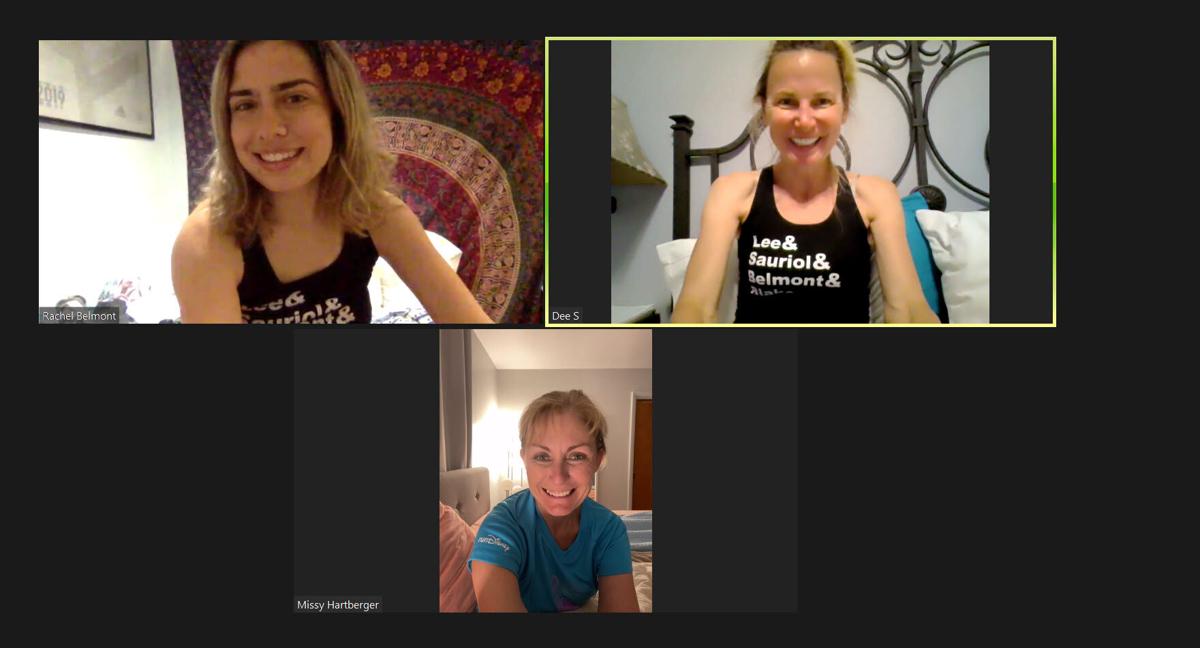 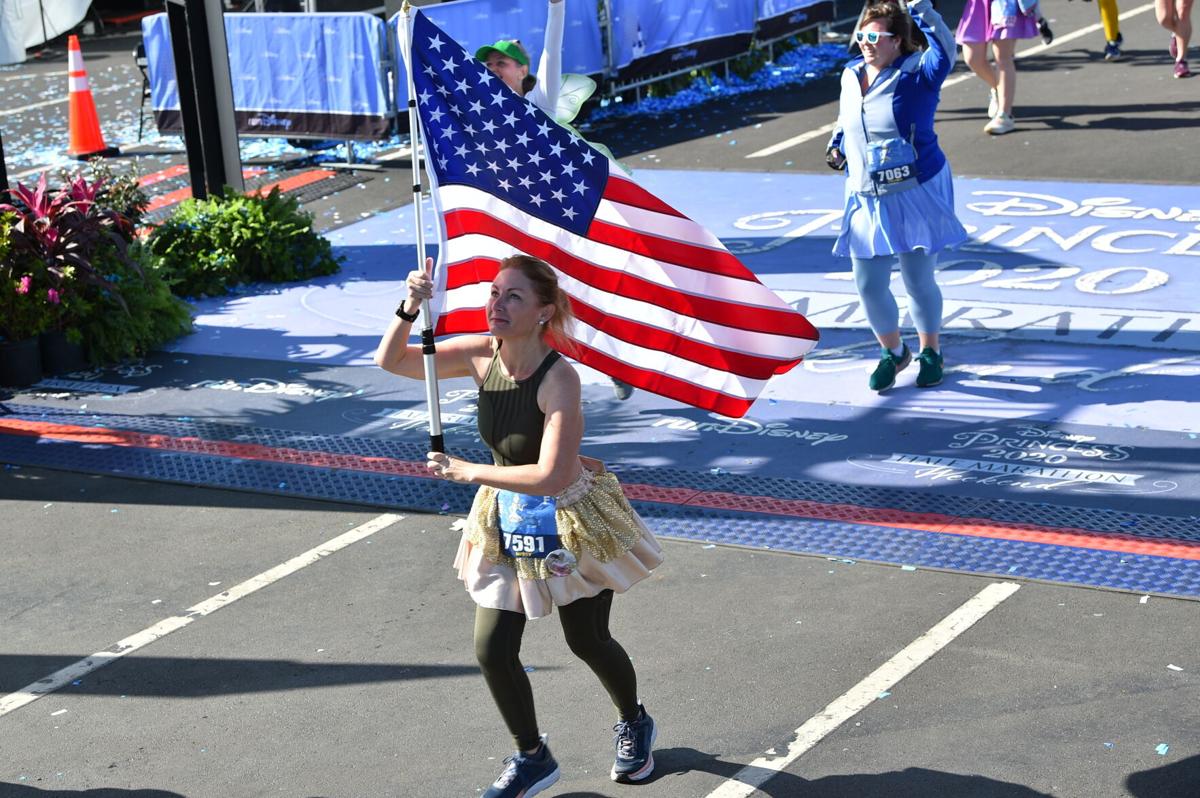 As a veteran with a disability, Blake hopes to make her fellow veterans proud on May 29 after she successfully completes the Extra Ultra. 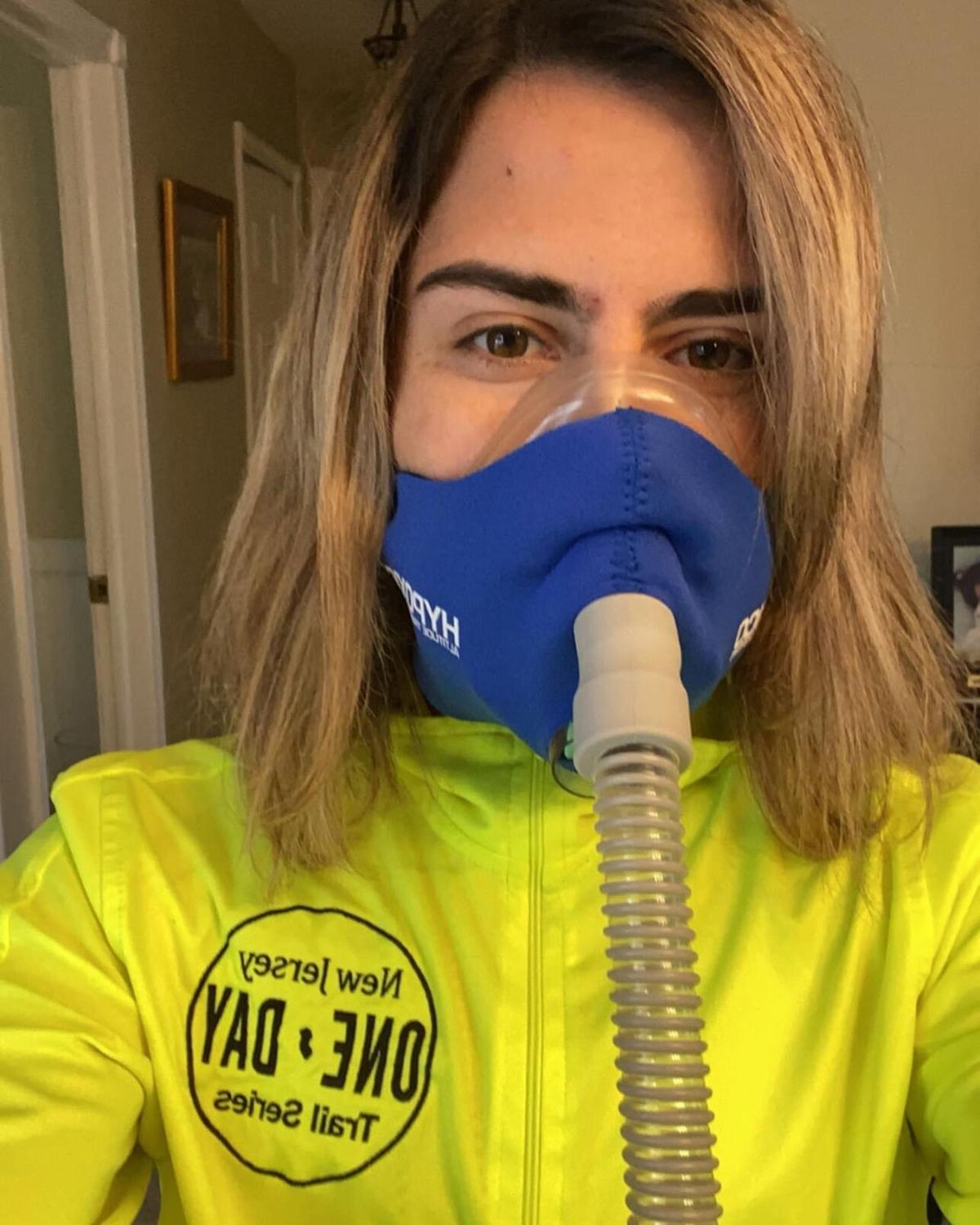 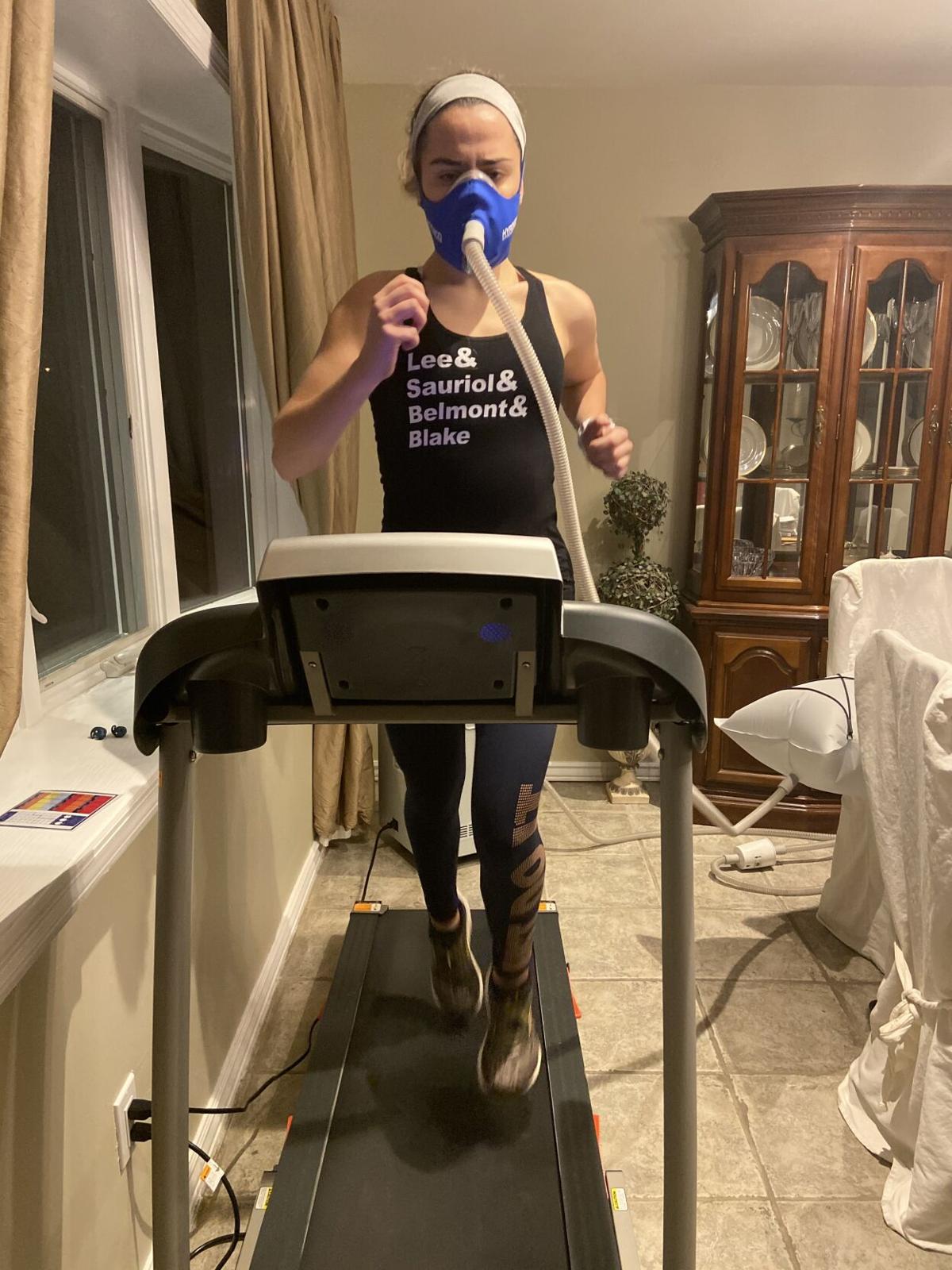 While training for Everest, Rachel Belmont runs on a treadmill doing a simulated altitude of 12,000ft. She's working herself up to reaching 21,000ft.

ONTARIO – An “ultra-runner” is devoted. No matter how long the run, they are willing to go the distance whether they’ve passed out, felt their kidneys giving out or have to stop on the side of the road to vomit.

On May 29, the highest and most adventurous marathon in the world will take place on Mount Everest. Eight people have risen to the challenge, including one of Richland County’s very own.

If successful, Ontario resident Missy Blake, 44, will be the first veteran with a disability (PTSD) to succeed in the “Extra Ultra” marathon.

“We just really want to teach people and show people that whatever it is that you're going through, you can choose to live an extraordinary life. But it’s entirely that–it's your choice,” Blake said.

When she was a teen, Blake would do everything in her power to avoid running. In high school, she would pretend to be sick or injured just so she wouldn’t have to run a mile in gym class.

Blake may not have been the fastest runner, but one day her friend challenged her to run a half marathon. Prior to that, she’d only ever been able to run no more than a 5k, but Blake never backed down from a challenge before.

“I was pretty sure (the half marathon) would kill me, but I couldn't back down on a challenge,” Blake said. “So, I said okay, and I did it, and loved it. I realized that once I get past the few mile mark. I can run forever. It's easy.”

In 2014, Blake retired from the National Guard. She was stationed at Camp Perry and Red Horse Squadron, and before that at the 179th in Mansfield. As someone living with PTSD, she hopes to make her fellow veterans proud.

“I'm doing it because mental health is so important to me and to the other two (American) women that I'm running with,” Langer said. “We've all had personal experiences that we want to empower women, and we want to empower people who may be struggling with things like PTSD… And that whatever you're struggling with, in this moment, you can still live an extraordinary life, even if you have mountains to overcome.”

Blake picked up marathon running in 2016 at 40 years old, first starting off with half and full marathons, but when those became too easy, she started running ultras ranging anywhere between 50 to 200 miles.

“I just wanna see how far I can go,” Blake said.

There are three Everest marathons hosted on May 29: the half-marathon 21KM, the full marathon 42KM and the Extra Ultra 60KM. Blake’s been planning for the latter since 2017 after visiting the Mount Everest base camp—before the first and only American woman succeeded in the Extra Ultra. Blake never heard of the marathons held there before. Upon learning about it, she realized she needed to do it.

“The light came on and the clouds parted, and the sun shone down, and the angels sang, and I said, ‘I want to do it.’ And my friend said, ‘Oh, no American woman has ever done it.’ And I said, ‘Well, I'm going to.’”

There will be 50 percent less oxygen on Mount Everest, and in order to train for it, Blake’s using an altitude training mask during her runs and increasing her distance each week. Currently, she’s been running 50 miles a week with the mask, but she hopes to reach up to 200 miles a week before the Everest Extra Ultra.

“You basically just push far beyond the distance that your body would normally need to endure in hopes that you're going to be able to maintain the stamina that you need,” Blake said. “And really, there's no training for Everest other than just pushing as hard as you can to maintain yourself injury free and hope for the best.”

Once she completes the marathon at Everest, Blake doesn’t plan on winding down or taking a break. She’s already signed up for the Moab 240 endurance run which will take place in October at Arches National park in Utah, and then she’s hoping to do a 500K.

“That's probably the max that my body will handle,” Blake said. “You have to take your rest time and you have to do what your body tells you to do. There's a point where I will not be able to keep this pace long term. I expect that I'll be able to do this in this case for a couple of years and then back down to 50Ks and 100Ks.”

“We’re running in honor of a loved one, or to raise money or awareness for a charity, or we’re battling our own demons or addictions and using running as a healthy way of pushing through,” Belmont said.

Blake will be dedicating her Everest run to her late daughter, Emily Hope, who passed away five days after birth on Aug. 30, 2003.

“It’s a fulfillment of a promise that I made to her on our last day together, which was that I would live an extraordinary life with enough happiness and adventures for both of us, so when I see her in Heaven again, she and I will have stories to talk about,” Blake said.

Belmont, a 24 year old from New Jersey, is studying in the accelerated nursing program at Rutgers University–New Brunswick, which she’ll be finishing in May. While studying and working as a CNA on oncology and COVID units, she’s also training for Everest.

“I'm not going to lie, it's very challenging,” Belmont said. “This program hasn't been easy, it's brutal at times… Last semester was our hardest semester. I wasn't running that much… maybe like 30 miles a week max. I deleted all my social media (and) I was literally in survival mode just trying to pass some of these classes (and) studying in my room for 12 hours a day.”

Belmont’s been running competitively since high school and was even recruited to run for the Florida Gators. But shortly after committing to run for one of the top teams in the country, she tore her ACL during gym class her senior year while playing basketball.

After spending six months recuperating, two weeks back into running, she discovered she had a rare condition called a cyclops lesion – a buildup of scar tissue.

“After having two knee surgeries in that same year—the first one sparked by a non-running related accident—I just lost it,” Belmont said. “I ended up transferring out (of the University of Florida) and took a year off of running and never wanted to run again.”

Belmont had to find her way back to running, and she eventually did the following year by getting into marathons. In 2015, she ran in a New York marathon called “Team for Kids” and helped raise $2,600. After that, she fell in love with the sport all over again, but in a different way.

“I thought I would never run again (after having three surgeries), and somehow I feel like I've been blessed with this ability to keep running—to do ultras,” Belmont said. “I guess that's another one of the reasons behind my driving force to keep going: the ability that I have to be able to do this. Despite all those surgeries all those years ago, it's motivating (and) gives me my purpose.”

Since getting back into running for causes, Belmont’s orchestrated fundraisers and challenges for fellow runners and serves as a connection to the running community through her Facebook page.

Blake recently met with Belmont and they went on a marathon run together in New Jersey. They also communicate with Sauriol and look forward to being together in the same place come May 29.

“We're trying to do something that will have more American women who have finished the race than any other country, obviously other than Nepal, because that's where the race is from,” Blake said.

Blake is excited to share in this journey with two other American women and hopes their success can lead many others down the path toward achieving something they believe is impossible.

“You can be an average person and do extraordinary things, you just have to want it,” Blake said. “And I am very average… I am the poster girl for average, so I just hope that somebody sees somebody who's just like them out there doing something, and they think ‘maybe I can try that too.’”