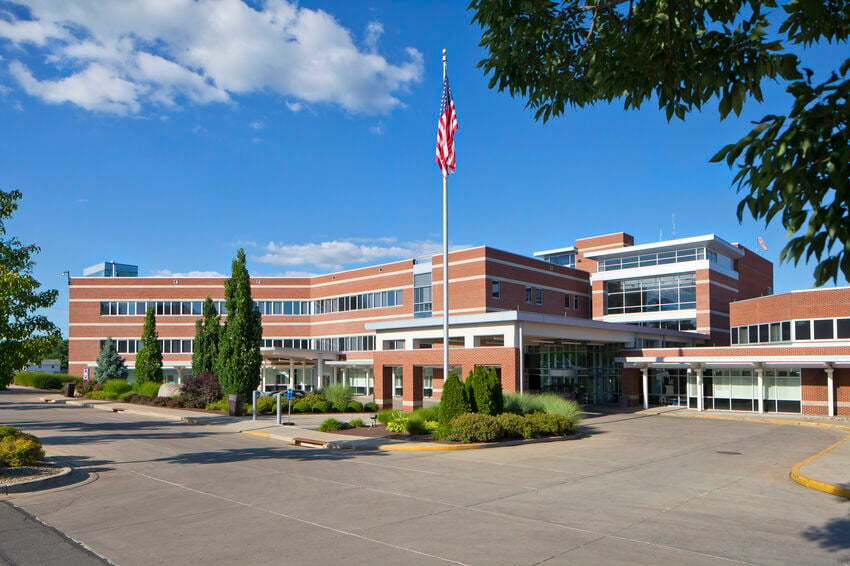 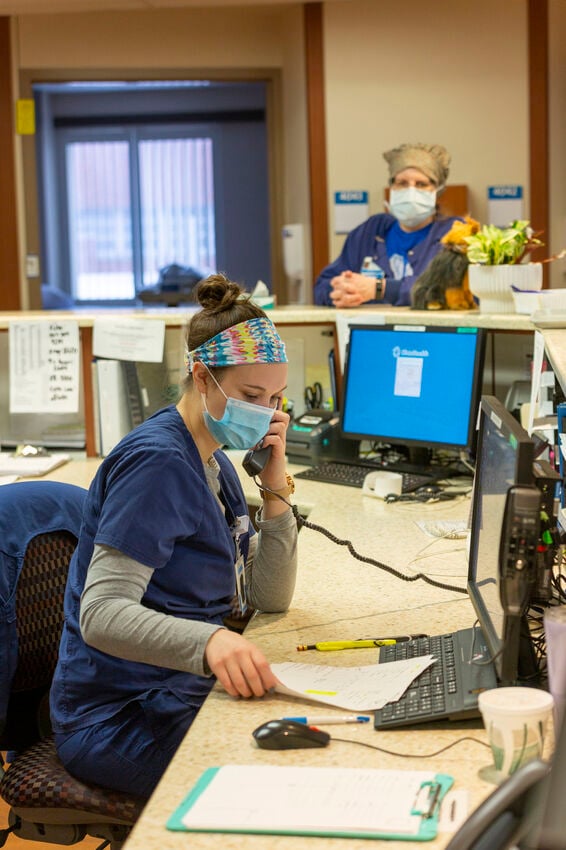 Mansfield Hospital is also recognized as a hospital where associates and volunteers create a “hometown experience.” 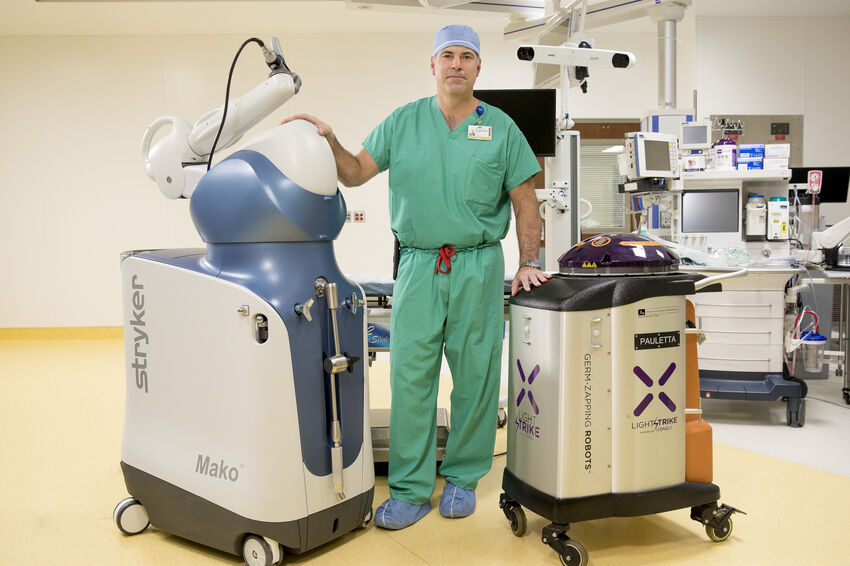 Dr. Matthew Bernhard, chief of sports medicine and joint replacement at Mansfield and Shelby hospitals, poses beside his MAKO robot.

MANSFIELD – OhioHealth Mansfield Hospital is recognized for quality – whether it’s for joint knee replacements or for heart and vascular with the first transaortic valve replacement performed in Mansfield and in the entire region.

Due to its high performing rankings across multiple areas of care, OhioHealth Mansfield Hospital is listed as one of Ohio’s top regional hospitals, according to U.S. News & World Report.

“I think it’s a validation of—and really what I would say is recognition—of the fact that patients really don't have to travel long distances and to major metropolitan areas to receive world-class care,” Baumgardner said.

The hospital serves as a general medical and surgical facility as well as a teaching hospital. The investments they've made with associates, physicians, resources, equipment and buildings have demonstrated that those investments have resulted in high-quality care, according to Baumgardner.

Mansfield Hospital is also recognized as a hospital where associates and volunteers create a “hometown experience.”

“We've done a lot of work over the past few years to increase wages for clinical and non-clinical staff here at OhioHealth Mansfield and Shelby,” Baumgardner said. “And what that's done is it's enabled folks who were previously traveling all the way to Columbus or Cleveland to work as nurses in hospitals or technicians in operating rooms to stay home in Mansfield and Shelby, take care of their community and do it without taking a cut in pay.

“So we've made really significant investments in associates here locally, to enable them to be able to stay in Richland County and provide care to their friends, neighbors and in the community here.”

It’s Mansfield Hospital’s goal to receive a Magnet designation by the American Nursing Credentialing Center in 2022, which will set it apart from other healthcare organizations by stating that the hospital is committed to the highest level of nursing care and achieved that through multiple different projects and improvements in overall nursing care.

“That also has positive effects on physicians in our area, because then they're dealing with an even higher level of quality nursing care to provide, because no physician can do it all by him or herself and no nurse can by him or herself,” Baumgardner said.

“It's truly a team approach to medicine. And this will really, truly, elevate the standard of care across the organization.”

Dr. Matthew Bernhard, chief of sports medicine and joint replacement at Mansfield and Shelby hospitals, has worked in the Ashland and Richland County area for 20 years, back when primary care was the main level of care given. Most people would travel to hospitals in Cleveland and Columbus for total joint replacements.

He has had a practice in Ashland for 20 years. Since opening his Ontario office in 2007, Bernhard has reduced that rate.

“It's taken 10 to 15 years to cut into patients leaving (the region), but now patients have developed the confidence in the local surgeons, the local facilities and patients do believe that the quality is close to home,” Bernhard said.

Since 2016, the orthopedic department at Mansfield Hospital has received Healthgrades five-star ratings for both hip and knee replacements. It was the first OhioHealth facility to do robotic total knees as well as the first to bring robotics to the area. Those accomplishments have placed the hospital in the Healthgrades Top 100 in the country for joint replacements.

Today, Mansfield Hospital still stands as the only hospital in the area that is Joint Commission accredited for total hips, total knees and total shoulders. The recovery process is also much quicker these days compared to the 60s and 70s, according to Bernhard.

“If you'd told me 20 years ago, when I started in practice, that I would send a total knee and hip replacements home the same day of surgery, I would literally laugh at you and tell you you're crazy,” Bernhard said.

Between the lab work patients do preoperatively to the medications that doctors are now using to minimize the blood loss, as well as the techniques they use both for pain control and surgery, anesthetic and medications have evolved into a process that's continued to amaze Bernhard over his 20-year career.

Mansfield Hospital will continue its innovations and helping to serve the Richland County area as one of the top regional hospitals in the area. Bernhard’s confidence in the evolution of associates and medical staff gives him more hope for the future of the hospital and medicine in general.

“The patient is the center of all that what we do, but the quality of their care is what we strive for, and I think the staff is just phenomenal right now,” Bernhard said. “I would have no problem allowing any member of our staff to take care of me.”