The pump track will be roughly the size of a youth sized soccer field. 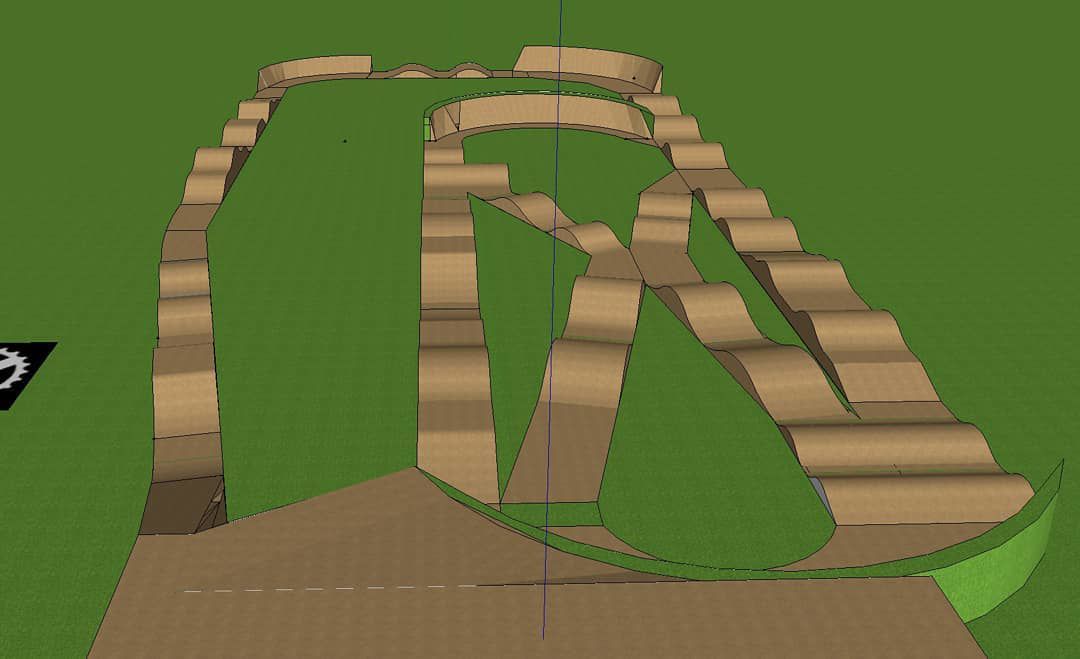 “Unlike a skate park where it’s transitions and riding up on the ramps or concrete walls, this will be more about flow and you don’t even have to peddle a bike on a pump track if you do it right or if you get really good at it," said Jason Davis, Ashland Bike Project member

ASHLAND — As summer 2020 rounds the corner, Ashland residents and bike enthusiasts will have new recreational activities to do around the city with a new pump track.

The pump track, designed for BMX and mountain bike riders, will arrive in Ashland in early summer. It will be the first one to appear in the north central Ohio region, and many residents and citizens are excited at the prospect of drawing more eyes to the Ashland community.

“The whole idea was to incorporate a pump track into our existing city parks so that we could get kids involved with riding and get them excited about riding bikes and hopefully develop some lifelong habits,” said Anthony Bunt, president of the Ashland Bike Project.

The idea originally came from other Ashland Bike Project member Jason Davis. Davis, who lived in Ashland as a kid, wanted to provide more recreational opportunities for kids and families that he didn’t get to have when he was younger.

“For the people that aren’t necessarily going out for the team sports, or even if they are, they’ll have a secondary thing to do in the off season."

The Ashland Bike Project formed in 2018 after the group gave away 25 mountain bikes and decided to move forward with even bigger projects in mind.

After successfully building the mountain bike trail at Brookeside Park in 2019, they applied for a $15,000 Outride Foundation grant and received it. The City of Ashland had some involvement and matched the grant, as well.

In addition, with a grant from the Samaritan Foundation, the Ashland Bike Project has purchased demo bikes that kids who are part of the team WILD program will be able to rent out if they do not have a bike. Other participants can rent a bike from Brookeside Park for $25 and overnight for $50.

“The primary goal is to get kids on bikes and to do it in a way that really is not costing the parents and the kids a lot to get them into it,” Bunt said.

The pump track will be roughly the size of a youth sized soccer field, according to Blunt. They’ve also brought in professional pump track makers so that it will be sustainable and not a “constant maintenance nightmare.” A strider track will also be built in for kids just learning how to ride a bike.

“A pump track is a really great way to open up opportunities for kids to ride in a safe environment, but is still really fun,” Bunt said. “And it’s pretty easy to maintain, and it’s a minimal impact to construction costs. In 10 years, if people stop using it, it can always be reverted back into an open space area.”

Because of COVID-19, the amount of people allowed on the track at the same time will be limited. Helmets will also be required to ride the pump track.

“It’s definitely something that’s going to create healthy behaviors with kids and a lot of good exercising opportunities for anyone who comes and rides on it,” Bunt said.

City Parks Director Jason Counts worked with Ashland Bike Company to put in a mountain bike trail and said the vision all along was to create a pump track that would be able to connect with that trail just to have a constant movement of bikes.

With this new attraction, the possibility of people outside of Ashland coming in for the opportunity to do more family oriented activities has doubled.

“The mountain bike trail alone is already bringing in people from around the state that are traveling up from Columbus or Cleveland to ride the trails, and now they will have a place for the pump track as well,” Bunt said.

Construction on the pump track has already began and will take a few weeks (depending on the weather) to complete. Bunt hopes to have it available at the beginning of summer.

If the pump track becomes a hit, Davis doesn’t rule out the chance of creating another one in the future.

“It’s one of the rare sports where parents and kids can do it together and have just as much fun. So it’s a family activity, it’s healthy, it’s kind of an addictive way to get in shape or stay in shape,” Davis said.