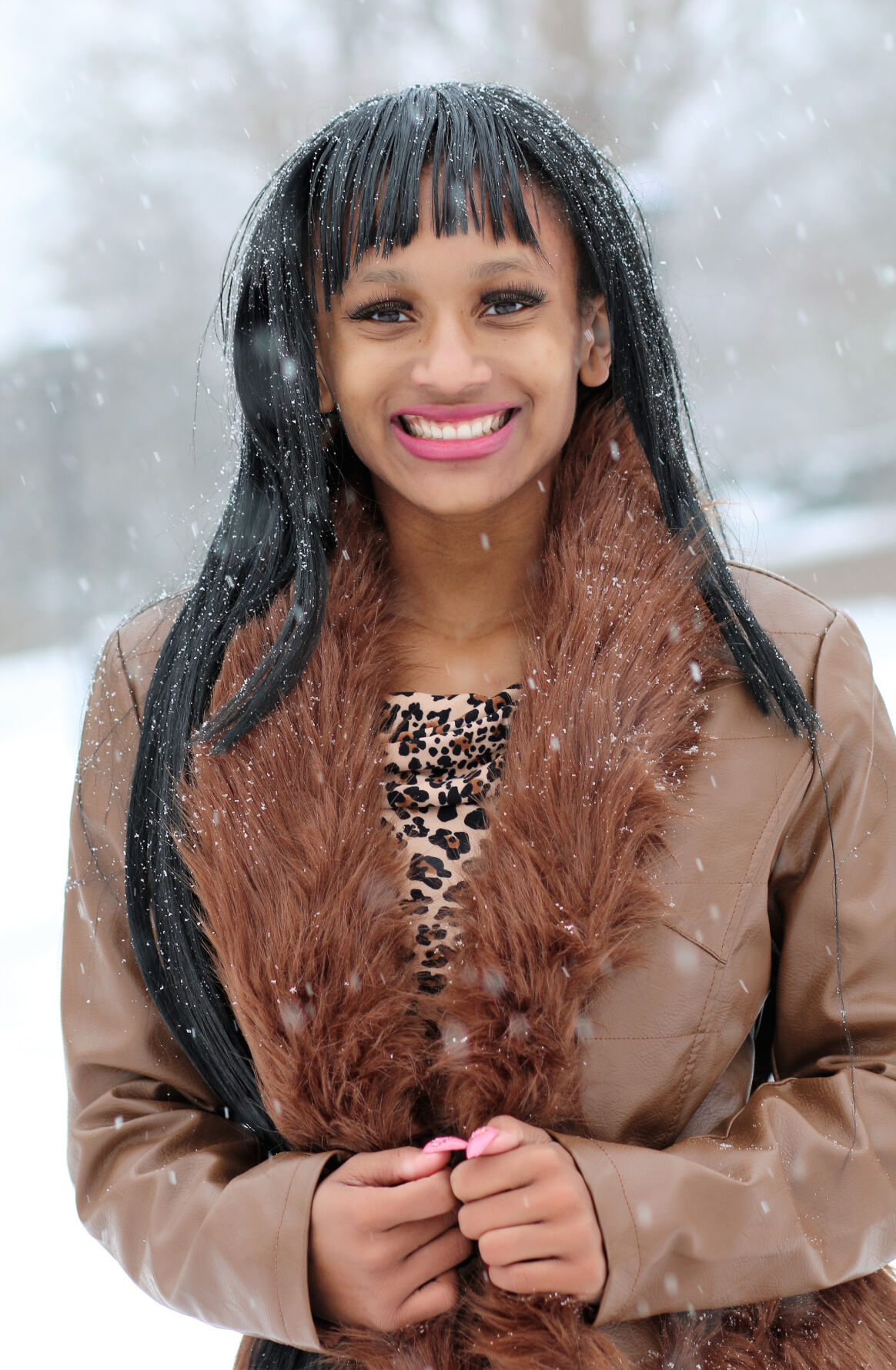 Teaira Ross is a recipient of the 2021 McGowan Courage Award. 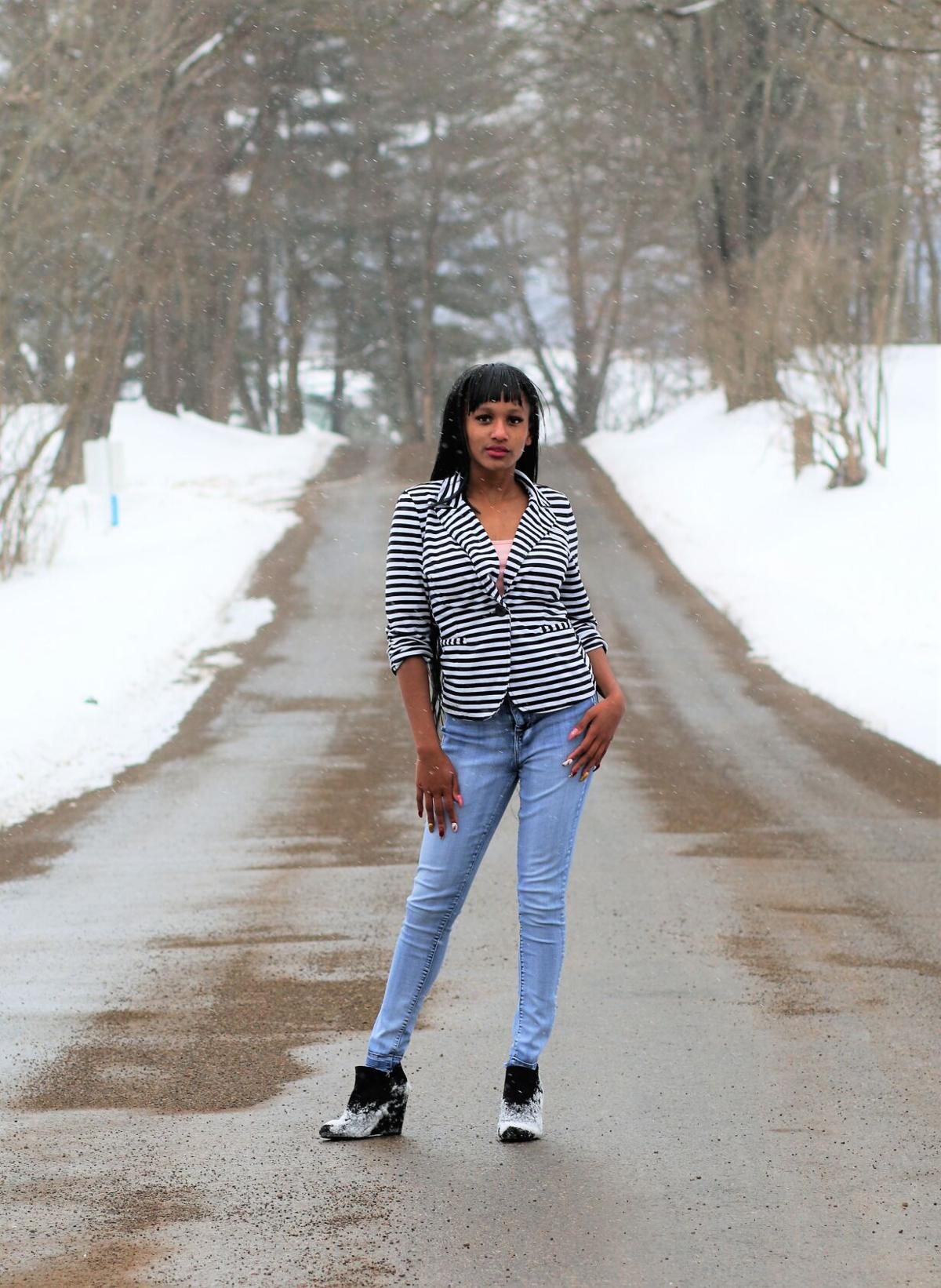 Ross started trying harder in school and began to have more confidence and positivity.

MANSFIELD – Teaira Ross never had the chance to meet her father. He was murdered on Ohio University campus on March 9, 2003 in a shooting. Ross’s mother, who was six months pregnant at the time, only had the memories of him to bring her daughter comfort.

It turned out that those memories were all Ross needed to find her father to be the greatest influence in her life.

Aside from her mother, Ross has also heard stories from her father’s college friends who remain close friends to her family. Combining all of the information she’s discovered about him, Ross wants to honor her father by living the life he didn’t get to have because it was cut so short.

“So I feel like I've had to look at it in a more positive perspective, not as a ‘Why did God do this to me?’ ‘Why did his murderer do this?’ Because that's [the murder’s] own demons that he has to battle with.”

Ross didn’t reach that epiphany right away. She’s endured many struggles, such as watching her mother be abused by a former boyfriend, being a witness to rape, and a victim of sexual assault. Her father’s death also placed a hole in her heart.

Ross dealt with suicidal thoughts and depressive episodes before the age of 16, and it reached a tipping point in her junior year of high school at St. Peter’s High School. With that also came self-doubt and thinking she would never be smart enough to get a high GPA.

“It's not mandatory, but I just feel like it's a must. Like, I have to be the best, and I don't know if I got that from my dad, or [my mom],” Ross said. “So maybe that's where I get it from, where I can't let negative things get me down for too long, because it's just not in me to be a quitter.”

Ross started trying harder in school and began to have more confidence and positivity. In the first quarter of her junior year she had a 3.5 GPA, however she wanted to do better. Every quarter she strived to be better than the last. By the third quarter she reached a 4.2 GPA.

Ross has learned to not let her past define her, and she’s moving toward creating a better future for herself as well as others. She will be attending Ohio University in the fall, majoring in criminal justice and psychology.

“I know both sides of the law because my dad's killer was never caught, so, I kind of want to get into that because I feel like if I can bring justice to another little girl's family, and she has gone through what I went through, I've won,” Ross said.

“But I also know the other side of it with my mom's ex husband, and if I was a prosecutor, I would want him to be put away,” she continued.

Ross’s ability to accept the bad parts of her life and not let them keep her down make her St. Peter’s High School’s choice for the 2021 McGowan Courage Award.

“It's such an awesome thing to be chosen for something like that, and to be recognized for all the things that I have gone through,” Ross said.