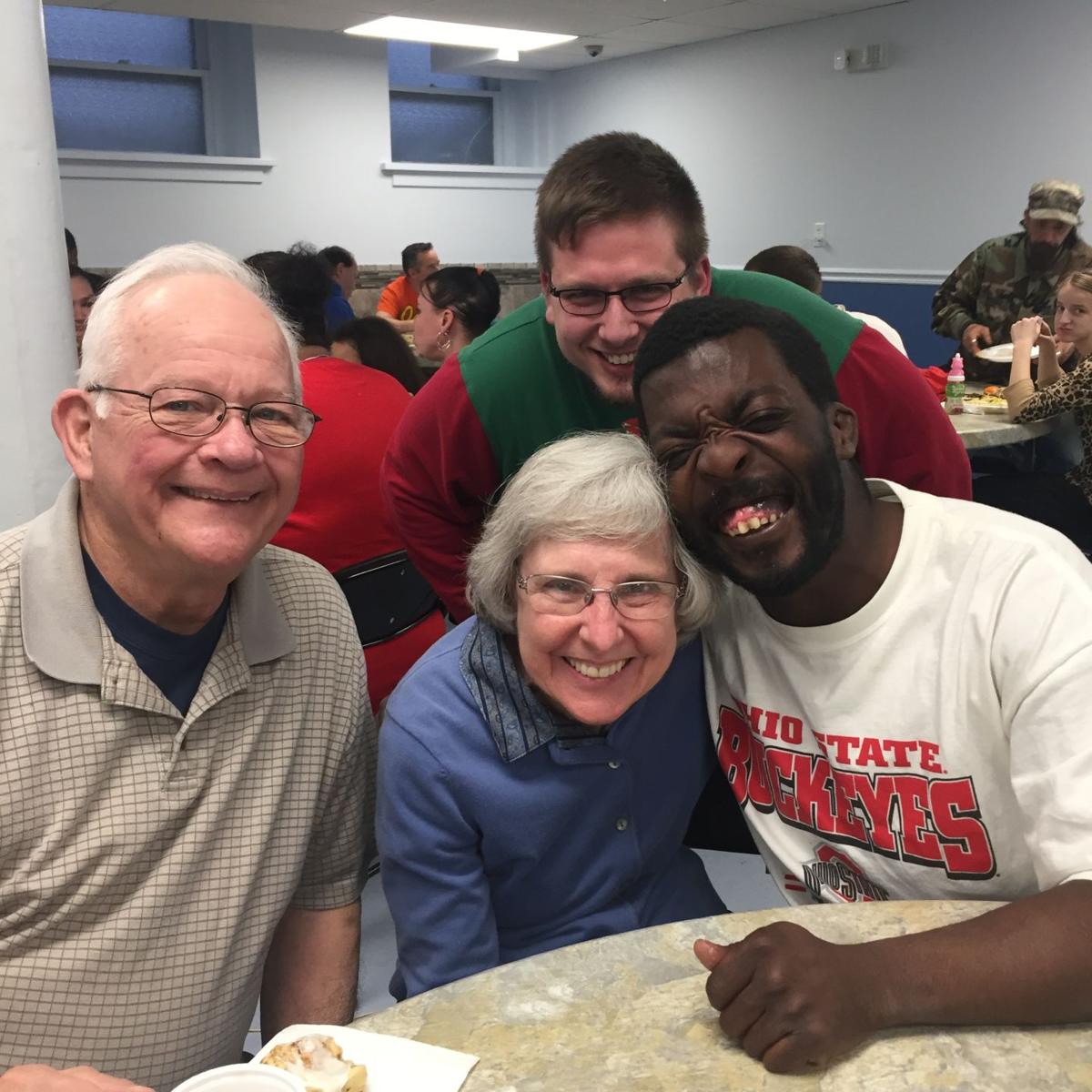 Elaine is very popular at Community Life Ministries' dinners because she loves so well. 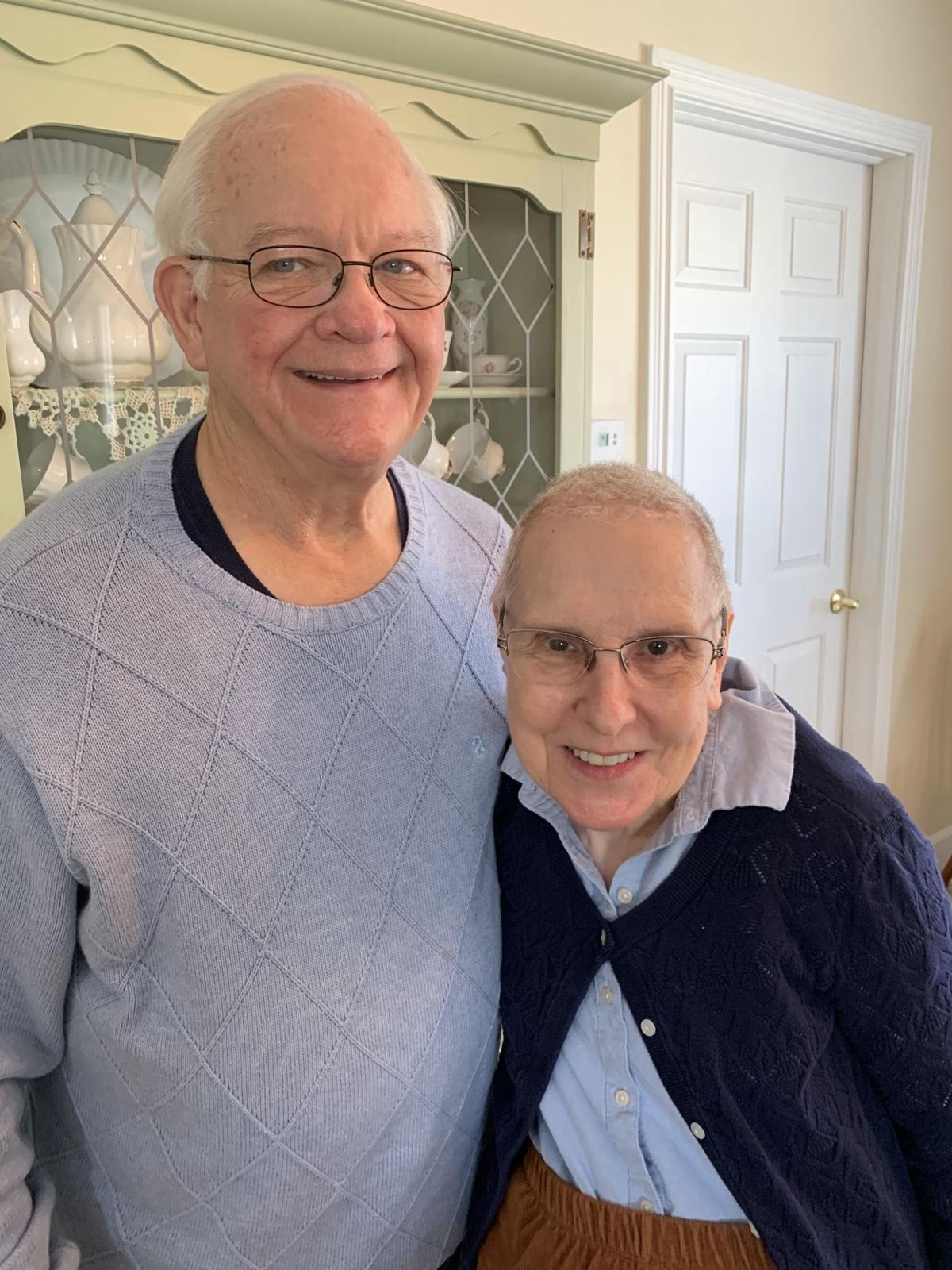 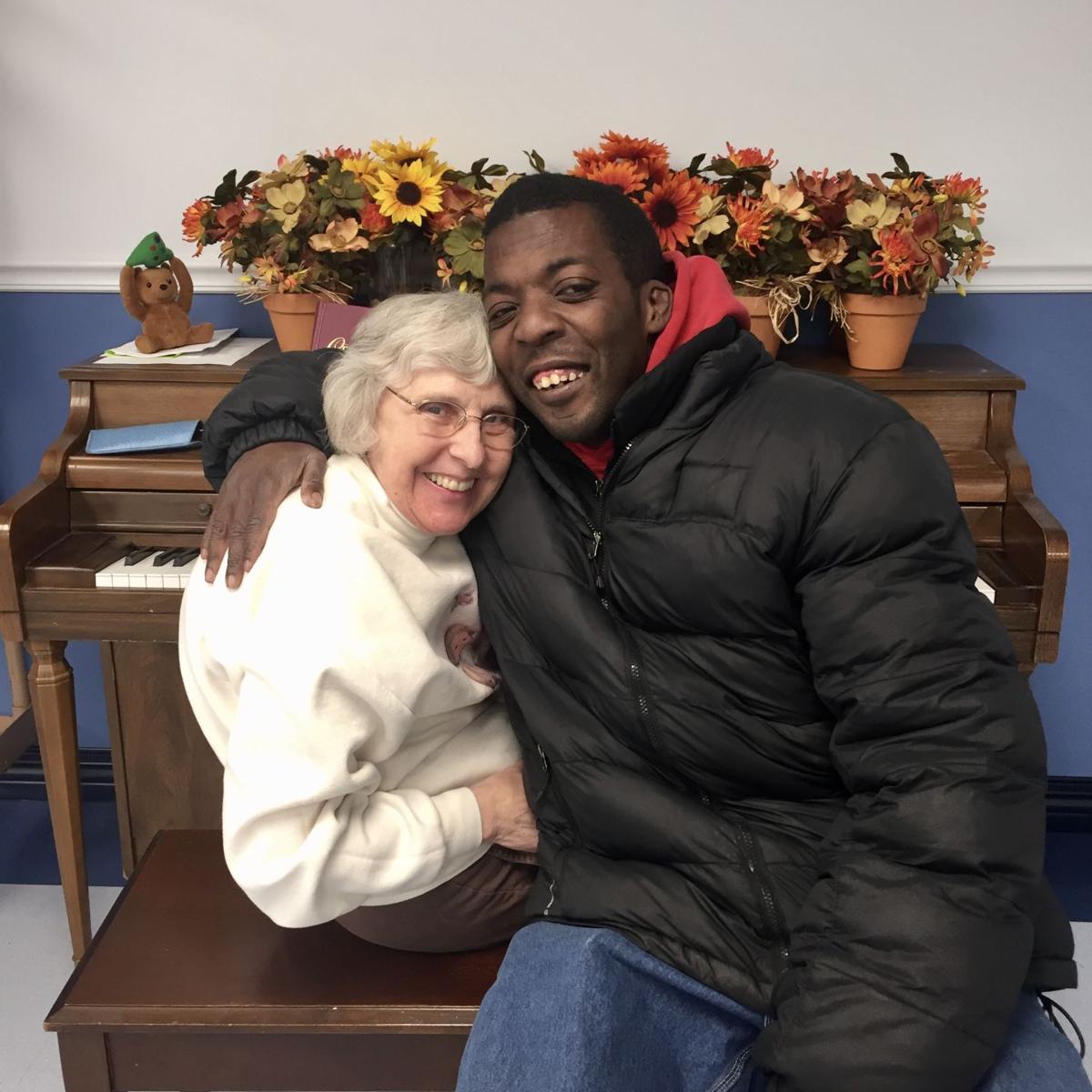 She could hear people talking almost the whole time.

They had just shaved her head. She didn’t realize that the whole front of her head would be cut open.

She will always have a bump in the back of her head where the electrodes go down behind one ear.

Elaine Haring Pavkov, 76, of Mansfield is one and a half months out from her bilateral Deep Brain Stimulation (DBS) surgery to help counteract the effects of her Parkinson’s disease.

Sometimes she feels the electricity passing through the top of her head. It feels like water currents, she said.

Two weeks after the first surgery, she had her second surgery and she was put under completely. This surgery connected the electrodes to the stimulator, which has been implanted in her chest. She recharges it every day for about 10 minutes. She said it is like a pacemaker for the brain.

Elaine is in awe of the miracle that the brain works the way it does. It is “amazing creativity from God.”

She calls her journey “My Parkinson’s” and considers it a spiritual path as much as a mental and physical one.

She first began noticing symptoms about 10 years ago. Advanced Eye Care Center Ophthalmologist Harold A. Ballitch, MD, helped -- he noticed changes in her optic nerve. Her husband, Dave, also noticed tremors, but a particular type of tremor (essential benign tremors) runs in Elaine’s family, so it wasn’t until a diagnosis in 2012 that Parkinson’s was verified.

Elaine and Dave attend Parkinson’s support group meetings, and a year ago they heard a presentation about DBS. Elaine had maxed out on her medications and they realized she was in a window of time that the DBS surgery could work.

The stimulator gave strength to her legs. She noticed she could get out of bed more quickly. She did not have daily painful cramping of her feet any more. Her meds are decreased significantly and her doctor is hoping she will go to 50% or even less than what she was needing.

She has a remote control unit that can be used to increase or decrease the electric stimulation in her brain, but at this point she only lets the doctors use it.

Parkinson’s disease is a movement disorder of the brain. It is a progressive degenerative disease that causes the death of nerve cells that carry dopamine to connect to the muscles.

Elaine said that the connection that had always been there between her mind and her muscles just wasn’t working the way it had her whole life. She would make pie, for example, and would have to consciously tell her arms and fingers what to do. It was difficult, extra work. And she would wonder if that was the last pie she would ever make.

DBS has changed Elaine’s future. It is not a cure; it just helps with symptoms. DBS could help her return to the health she had five years ago.

Elaine’s voice is getting stronger. She has been through speech therapy four times. She does not really have pain. She said Parkinson’s is not a “hard, hard disease.” It is not terminal.

Elaine believes her Parkinson’s is a gift. She has struggled with faith her whole life, feeling that hers is not strong. She prayed to God that he would not spare her anything if it would bring her closer to Him. A month after that prayer she thought, “Oh no, what did I pray?”

But now she believes that she has received the gift of Parkinson’s just to become more aware of the immense creativity of her mind, her body, her muscles and how they work together. She used to live for her medicine and pills but now she is free to notice and appreciate the process of, say, washing her hands or playing the piano.

Exercise is crucial, Elaine said. She urges everyone to make it a habit. Exercise stimulates dopamine; otherwise, cells just die. She had not prioritized exercise before getting Parkinson’s and her muscles simply didn’t have the memory of doing that work.

Elaine and Dave both voiced high praise for the Delay the Disease program at OhioHealth Ontario Health & Fitness Center, as well as the Big and Loud therapy program at OhioHealth. As Elaine’s Parkinson’s progressed, she needed to think differently. She would tell herself to make bigger motions and speak at a higher volume. Dave made signs and placed them around their apartment to help her remember.

Elaine’s Parkinson’s disease could make her a poster child for mindfulness and gratitude. She said that if we had to think more about everything we do, we would value it more. She now thinks differently: before, she had to think about the process of washing her hands to do it. Now she is consumed with gratitude and wonder at each aspect of the act of washing her hands.

Elizabeth Bocka is an Ohio native and has lived in Richland County for 20 years. She is president of Community Life Ministries and loves food, people, helping and laughing.

Elaine is dearly loved at Community Life Ministries’ Saturday night dinner. I asked her how she was able to love and serve so well even in her difficulties. Elaine quoted Malcolm Gladwell to me. His estimation that it takes 10,000 hours to master something rings true for Elaine. She said, “You need to immerse yourself every day. You need the same mentality to live mindfully as you do lovingly. Not to follow a set of rules--to journey. Each day.”

Elaine said, “For me, it has been easier to accept a condition than to fight against it.” Parkinson’s has helped her let go of herself more. The disease will progress, but she values each moment she has.

Elaine’s strength comes from God, not from herself. And she thanks our entire community, for supporting her and praying for her, even those who don’t know what Parkinson’s is. It is amazing to live in a time when medical science is someone’s miracle. Elaine is grateful proof.