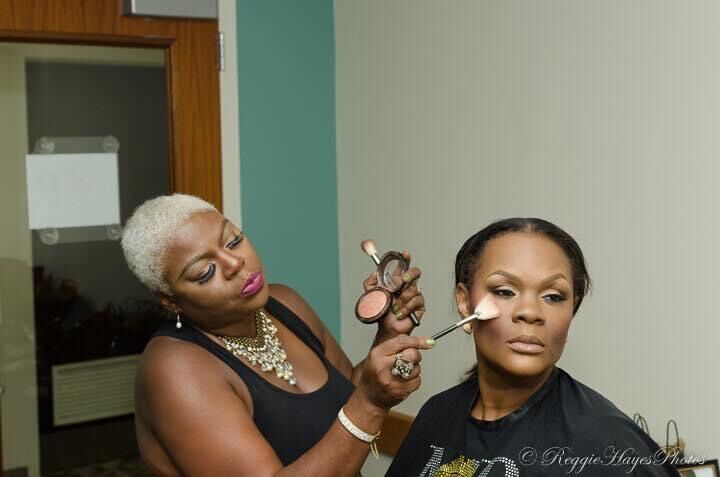 Payne's done makeup for film, stage, and television sets, as well as red carpets. All require their own set of makeup "rules" which makes her versatile within the industry. 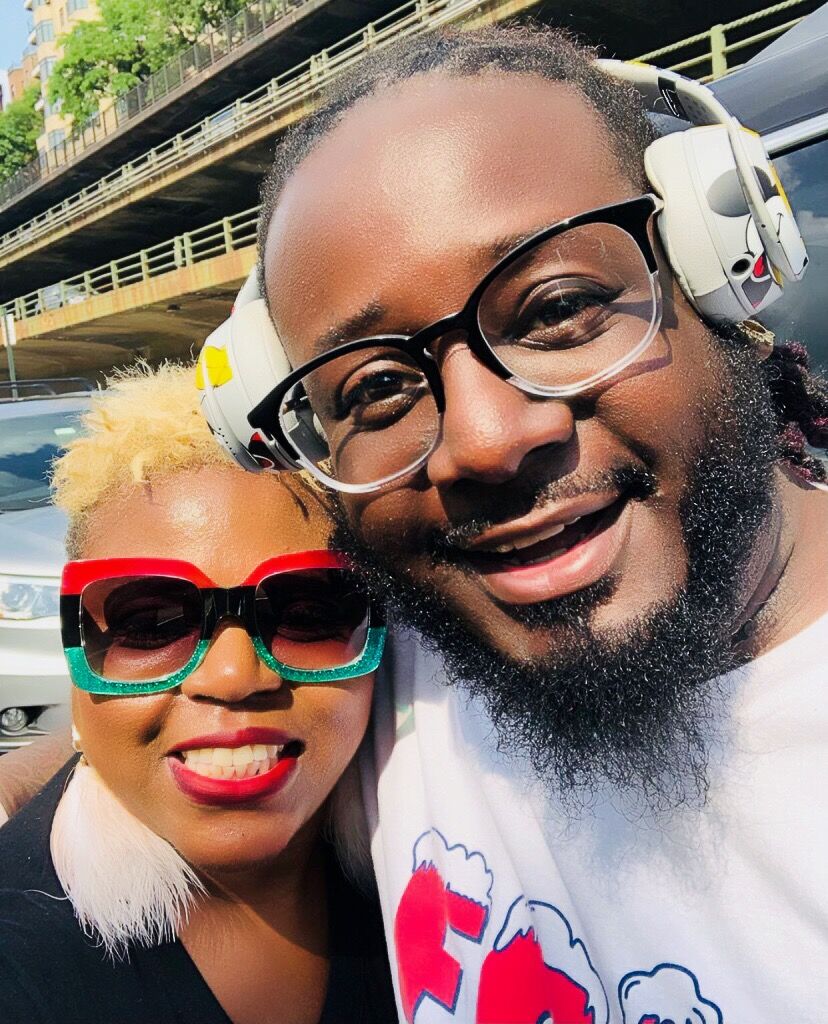 Payne with rapper T-Pain on the set on T-Pain’s School of Business (Fuse). 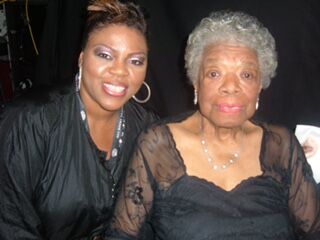 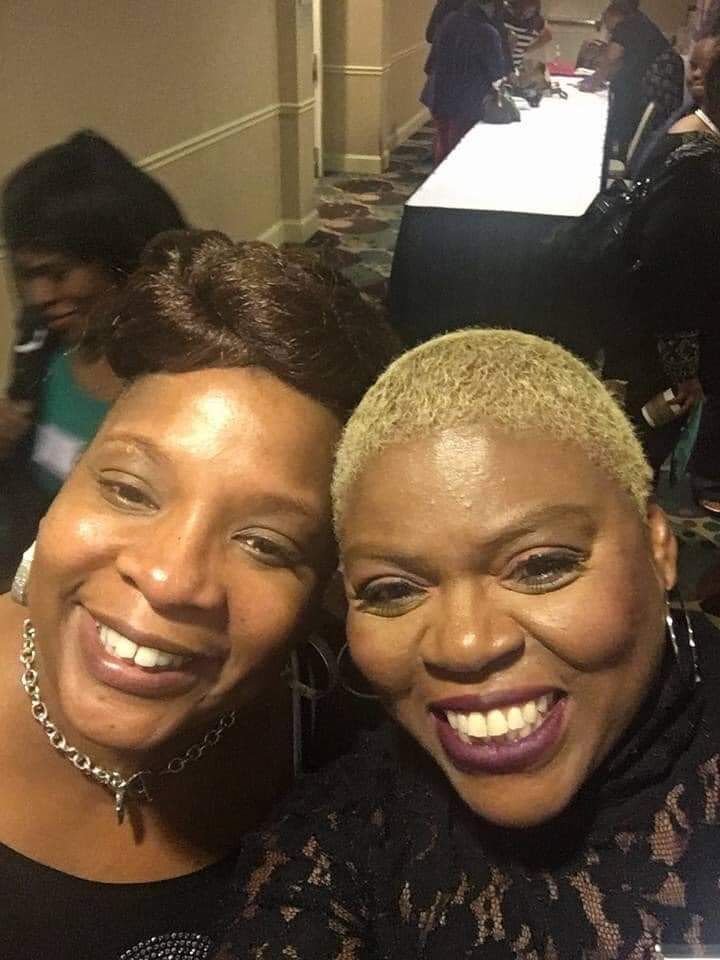 Angela Young and Mayvis Payne met in Greater Mount Calvary Holy Church in Washington D. C. before Payne went on to become a makeup artist. Young said she values their friendship more than anything. 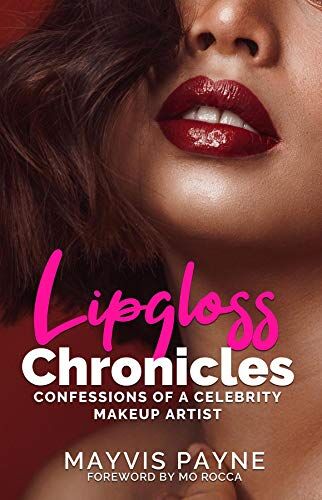 MANSFIELD – For 16 years, Mansfield native Mayvis Payne has made a name for herself as a makeup artist. Her talented skills with a blending brush have put her in the same room as notable celebrities such as Jennifer Holliday, Kerry Washington, Nick Cannon and Maya Angelou.

While having an overall pleasant experience throughout her career, she’s also had challenges to overcome. She shares those experiences in her recently published novel “Lip Gloss Chronicles, Confessions of a Celebrity Makeup Artist.”

“Prior to me writing this story, I didn't really think that it would be of this much interest,” Payne said. “My husband has been prompting me for years because I'll come home and I'll tell him stories and he's like, ‘Oh my god, you need to write a book.’”

In May 2020, Payne began writing her book which took her eight months to complete. The book consists of chronicles of past interactions she’s had with celebrity clientele and tips for future makeup artists.

“One of the things about writing—it's very lethargic,” Payne said. “So, even though there were a lot of things I have forgotten about, once I started to write and committed myself to writing, then these things would just pop up in my head, like, ‘oh yeah, I need to write about that.’”

Payne originally worked in a corporate office in Washington D.C. and did her own makeup for fun. Later on, she considered the idea of taking her talent to the next level.

“I would commute by train to work and ladies on the train would compliment my makeup,” Payne said. “And I wish I could say it instantly prompted something—it did not. It took about four years for me to be like, ‘Hold on, maybe I should pursue this.’”

Payne attended beauty school at Chesapeake School of Esthetics in 2004. Once she graduated, she immediately began work at MAC cosmetics in 2005. From there, her career launched after doing makeup for a woman in the entertainment industry. The woman ended up being so impressed with Payne’s knowledge and skills that she booked Payne for a gig at the 2006 BET Awards.

Since coming onto the scene in her 40s, Payne has worked with actors on film, stage, and television sets, along with red carpets and for special events such as the inauguration of former President Barack Obama. She recently turned 56 and now works out of New Jersey as a traveling makeup artist.

Payne’s versatility within the makeup industry helps differentiate her from other upcoming artists.

“All makeup is not created equal, because I get a lot of requests from people who say...‘I would love to do television makeup or film makeup, and it's completely different. I think that's one of the misconceptions that people have,” she said.

While she’s encountered many celebrities since launching her career, she still has a list of people she would love to work with such as singer Mary J. Blige.

“I've met some celebrities that I have been pleasantly surprised by, but I've also met celebrities that I've been sorely disappointed by. And so I've always heard great things about (Blige), she seems to me like she's very humble and she's very down to earth,” Payne said.

In her book, Payne lists her most notable encounters, though she’s careful not to name those who did not give verbal agreements. She wants her experiences to serve as an example for those hoping to make it in the industry.

Payne’s dreams of becoming a makeup artist weren’t unnoticed by her peers. Angela Young, Payne’s friend since 1998, is joyful about her success.

“I believe wholeheartedly it was her faith… her faith and her drive that got her where she is,” Young said. “...People who want to accomplish, they have setbacks, but she didn't. Those setbacks didn’t hold her back. She got out there and she did the work.”

Although Payne can see why others can only see the bright side of what she does and getting to meet many celebrities, there have been times as a freelance worker where she’s struggled.

“You see me with the celebrities or you see me traveling on the red carpet or whatever, but you don't know the times where I'm not working,” she said. “So it's very very temperamental. Sometimes my phone doesn't ring, and sometimes I'm declining work. So that's one of the things that I wish people knew.”

Payne released her book on April 20, the same day as her birthday, and was featured in Times Square. She’s already been approached by two producers for a television show and can’t wait for her story to be in the hands of many to enjoy.

“You're never too old to follow your dreams, because I had no idea,” Payne said. “I had a very nice career working in corporate America, and I had a really nice salary, but I wasn't fulfilled until I started doing makeup because I discovered that's what I loved.”