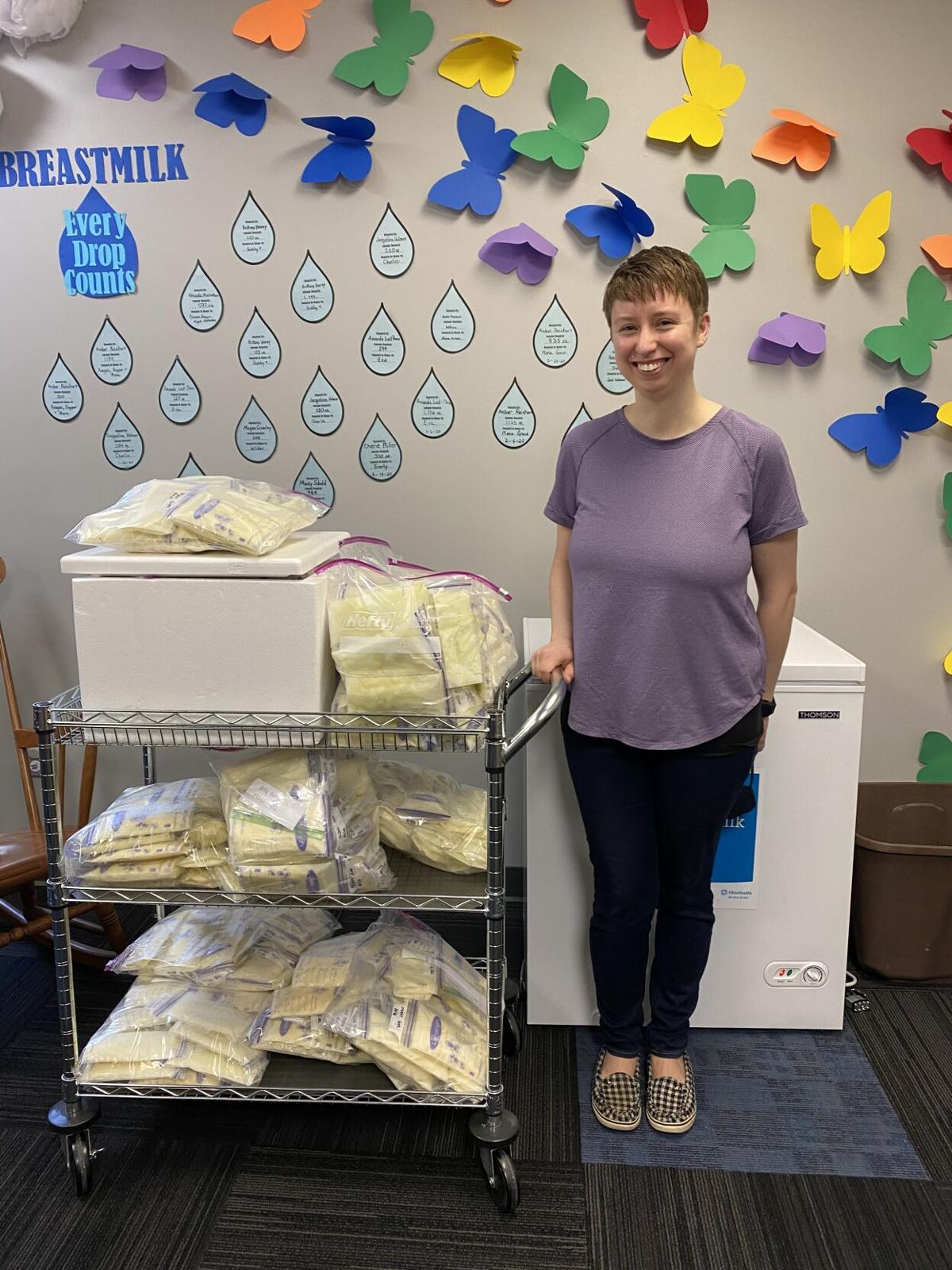 Kelly Black went from September 2020 to March of this year storing her breast milk inside her deep freezer in her basement. 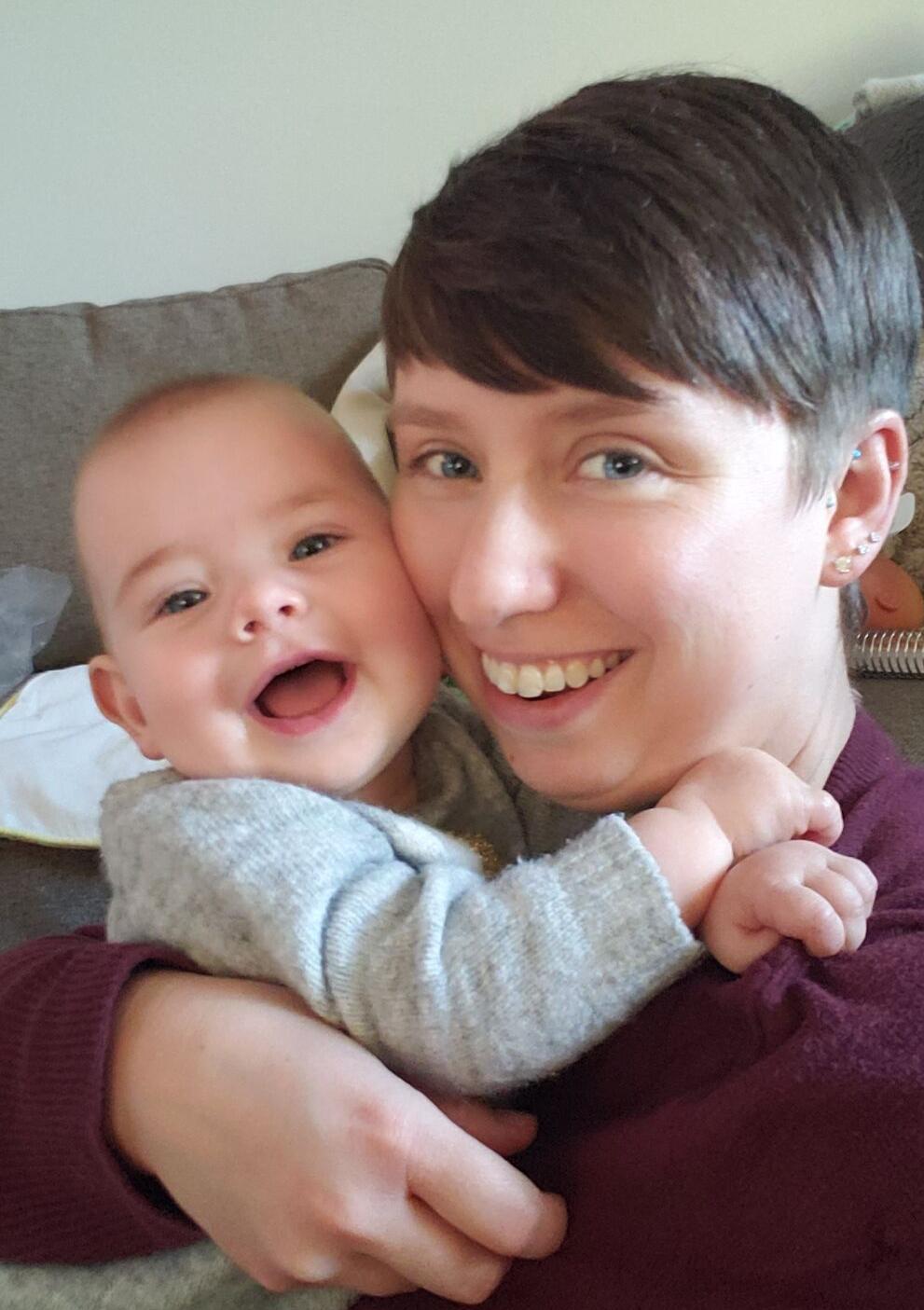 Kelly Black was surprised after an unsuccessful first attempt to donate her breastmilk that she produced five thousand feedings worth of milk with her second child. 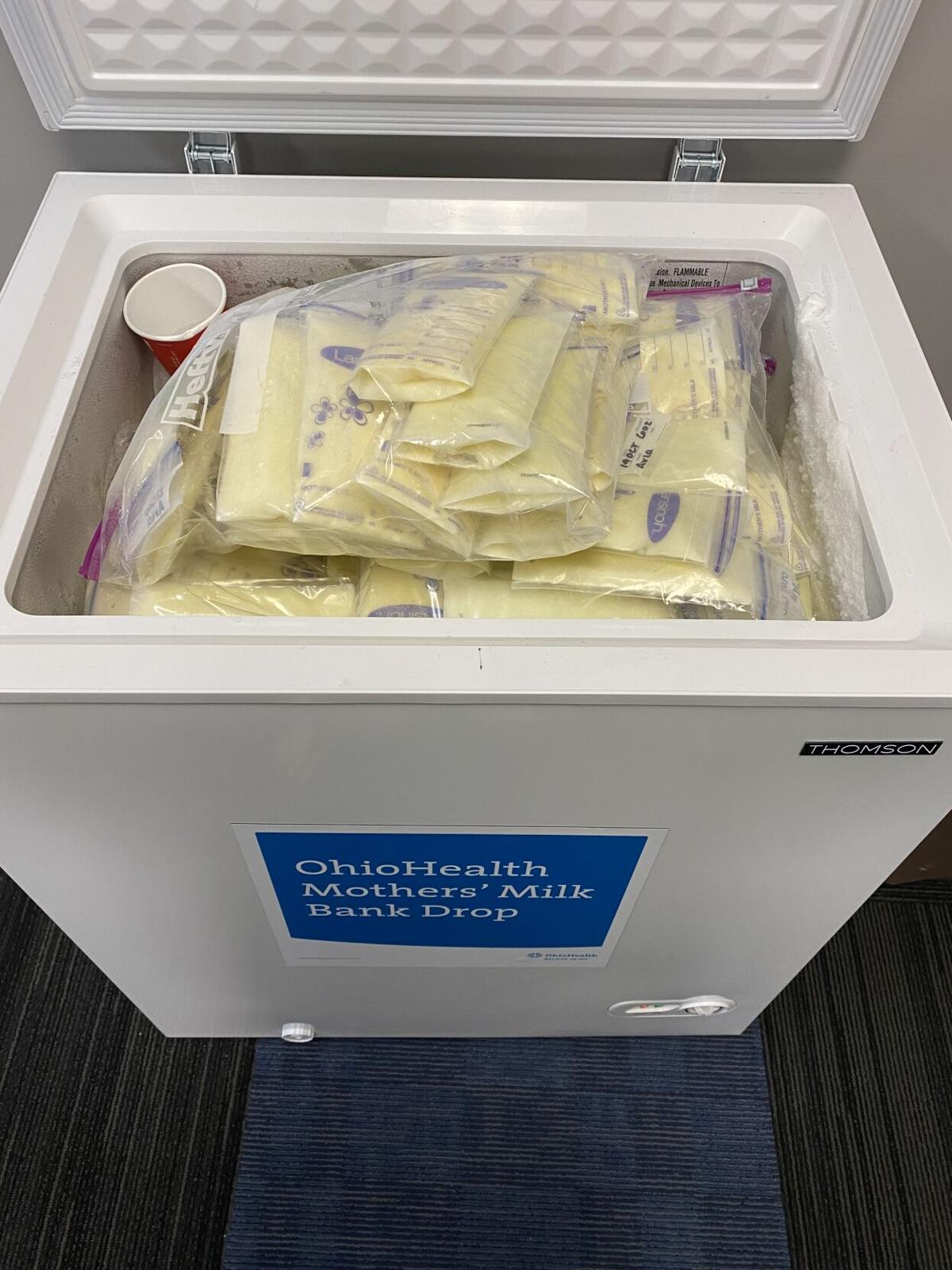 For the first time ever, the milk drop box located at Crawford County WIC was filled to the top due to Kelly Black's donation.

MANSFIELD – Two years ago Kelly Black, mother of two, birthed her first child. She experienced the joy of motherhood and breastfeeding, and she had an overwhelming need to help other mothers who were unable to take part in that nature.

Black had the idea to donate her breastmilk to the OhioHealth Mothers’ Milk Bank in Columbus. Unfortunately, with her first child, she did not produce enough milk to feed any other child but her own.

Although she was unable to produce enough milk the first time, the same could not be said for when she delivered her second child one year ago. She produced more than enough for her infant and then began storing away all of her leftover milk. As a result, she ended up with 1,858 ounces of milk in her deep freezer.

“I had so much milk, my daughter was never going to drink it all,” Black said. “So, rather than let it expire and need to be thrown away, I thought it would be a wonderful thing to be able to share it (with) mothers to be able to feed their kids.”

Black began storing her milk from September 2020 until March. She was able to provide up to 5,000 feedings for premature babies. Every one ounce that's donated feeds three medically fragile babies with one ounce.

After reaching out to the OhioHealth Mothers’ Milk Bank, Black was directed to the Milk Drop in Crawford County. She went in person to deliver her donation.

To become a human milk donor, mothers must take part in a screening process to ensure the quality and safety of the milk. This process includes a phone screening to verify eligibility, completion of a medical and lifestyle history review, a signed medical release from the donor and physician and consent to receive a blood test to screen for HIV, HTLV, Hepatitis B, Hepatitis C and syphilis.

Donated breast milk is pasteurized, cultured and shipped to hospitals across the country. Those generous donations help babies whose mothers are unable to produce milk.

Black appreciated the ease of delivering her milk to the Crawford County Women, Infants and Children (WIC) office and enjoyed her experience.

“I dropped my milk off there and they were so nice and welcoming, and it was super easy to bring all my milk there to them. It's a lot closer for me than going to Columbus, so it was very convenient for me,” Black said.

Crawford County WIC does not receive a steady amount of breastmilk every week or month and sometimes can go months without donations. Kathy Bushey, WIC director for Crawford County, was pleasantly surprised when Black walked in with a very generous supply of breastmilk.

“We only have a five cubic freezer… and so that was the first time we've ever had it filled all the way to the top like that, so we were very excited,” Bushey said.

Black now holds the record for donating the largest supply in a single day to Crawford County WIC. Bushey recently finished shipping out the last of the six boxes worth of Black’s milk. Bushey had to ship them out in stages because she did not have enough freezer space to keep all of the boxes stored at once.

Crawford County Public Health opened the milk bank in August 2019, and it is one of the only milk drop-off locations in the mid-Ohio area. Pregnant moms come into the WIC office and discuss any questions or concerns and receive information about breastfeeding that will help to prepare them. An international board certified lactation consultant is also available.

“We just want to get them off to a great start and we continue to support them throughout their entire breastfeeding journey,” said Holly Kovinski, breastfeeding peer helper at Crawford County WIC.

Black calls her donation a “good feeling,” and she’d be happy to donate again if she has more kids in the future.