MANSFIELD — When thankfulness is dependent on circumstances, the chances of being thankful all the time are slim.

Choosing gratitude in spite of one’s conditions is no easy feat, but it’s something the Humble family has embraced, especially as of late.

Brad and Brittany Humble lost their home and belongings in a devastating fire on Sept. 10. Watching their renovated home of four years — where they spent cherished time and made lasting memories with their two children — go up in flames was heartbreaking, but the Humbles remain thankful, not only for their family’s survival, but also the outpouring of support from the community.

Through it all, the Mansfield couple has turned to their faith, trusting and believing that God has a plan.

Brittany is confident God has been watching over them and kept her family safe. The night of the fire, she felt unsettled about sending Cash, 8, and Velvet, 5, to their bedrooms, so she had them sleep in the guest bedroom, “which was a super God-thing how it worked because Velvet’s room was right above the fire,” she said.

Brittany said she awoke to a loud explosion around 1:30 a.m. and saw smoke fill the hallway. The Humbles sprinted out the door, watching as the fire engulfed their home.

In a social media post, Brittany wrote, “We grabbed the kids… and sprinted out the door... We watched for hours as our house went up in flames! One explosion pop after another... Crazy thing... I didn’t think to grab anything, not one thing, all I needed was already in my arms! God protected my most precious treasures! My family and I were not harmed, not even a scratch.”

Brittany said at the time of the fire she was overcome with emotion, feeling a mixture of shock, confusion, sadness and disbelief.

“I remember looking at my neighbor who came and brought us blankets and was like, ‘Why is this happening?’” she said.

Firefighters with the Mansfield Fire Department arrived on scene and worked to extinguish the flames.

God is good all the time, all the time God is good! I don’t know what happens from here... but we know God works everything for good! Yes it was our house, it was our home but we are all ok, and we have our family in our hands right now, and we are all safe and God continues to be good! ... please pray for our family as we figure out what happens from here. Thank you ❤️

The Red Cross also arrived with hygiene products, stuffed animals for the kids, and money for the next couple of days, Brittany said.

“They (the Red Cross) were awesome,” Brittany said. “We’re so thankful for them.”

Many others in the community have shown them support, offering generous donations and assistance in moving forward. From friends and family, to local churches and businesses, the generosity has been overwhelming, the Humbles said.

“We’re very blessed to have such a great community,” Brad said.

The cause of the fire is yet to be determined. According to the Humbles, investigators have ruled out arson as a possible cause. The fire is believed to have started in the garage.

Asked about the damage, Brittany said, “It’s pretty much a total loss… We’ve had a couple people say if you gutted it down to the studs on the left side, maybe 10 percent of the house, we could maybe save a little bit of structure, but for the most part everybody is saying just bust it down completely.” 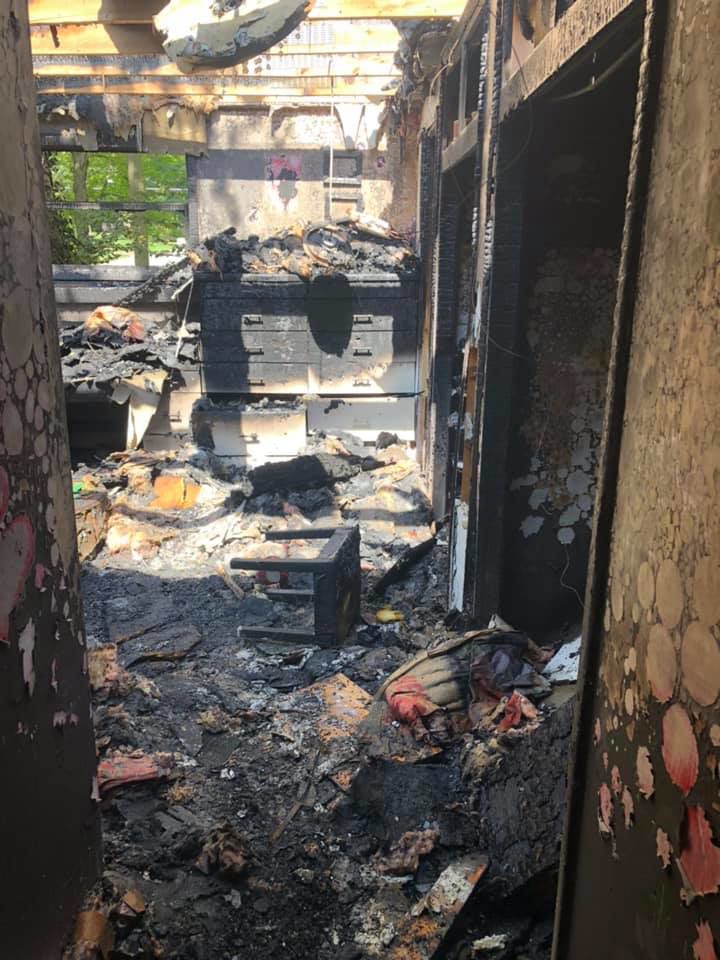 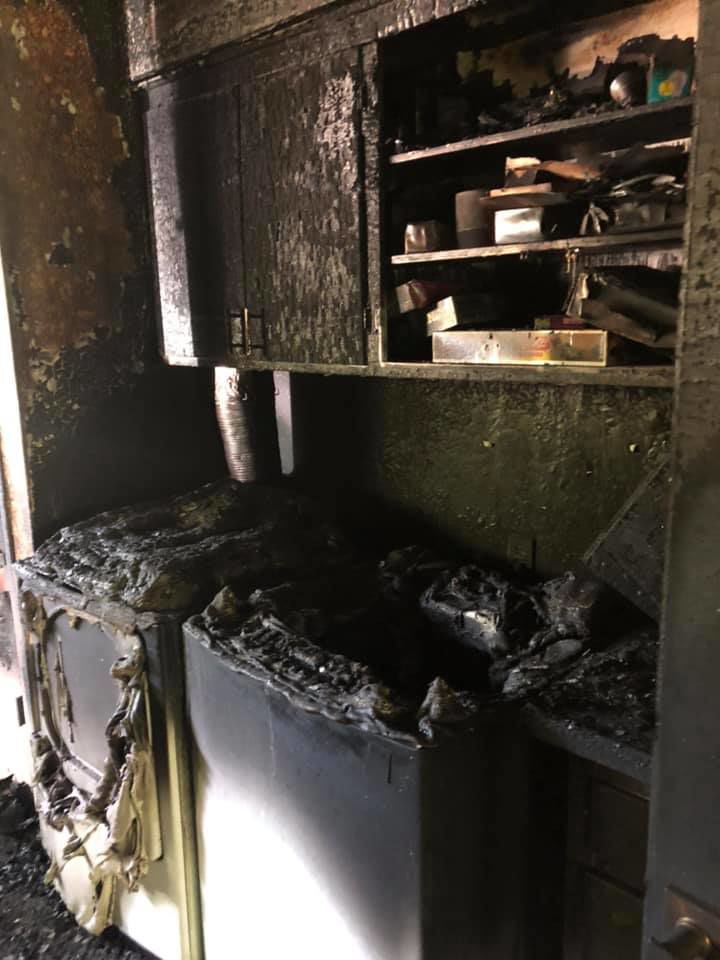 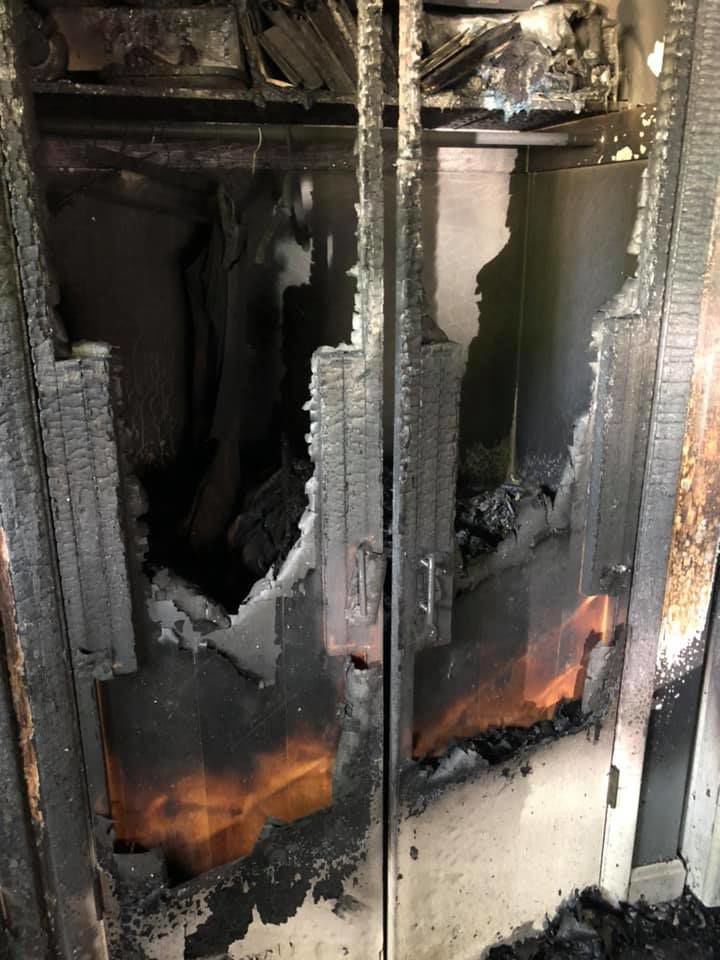 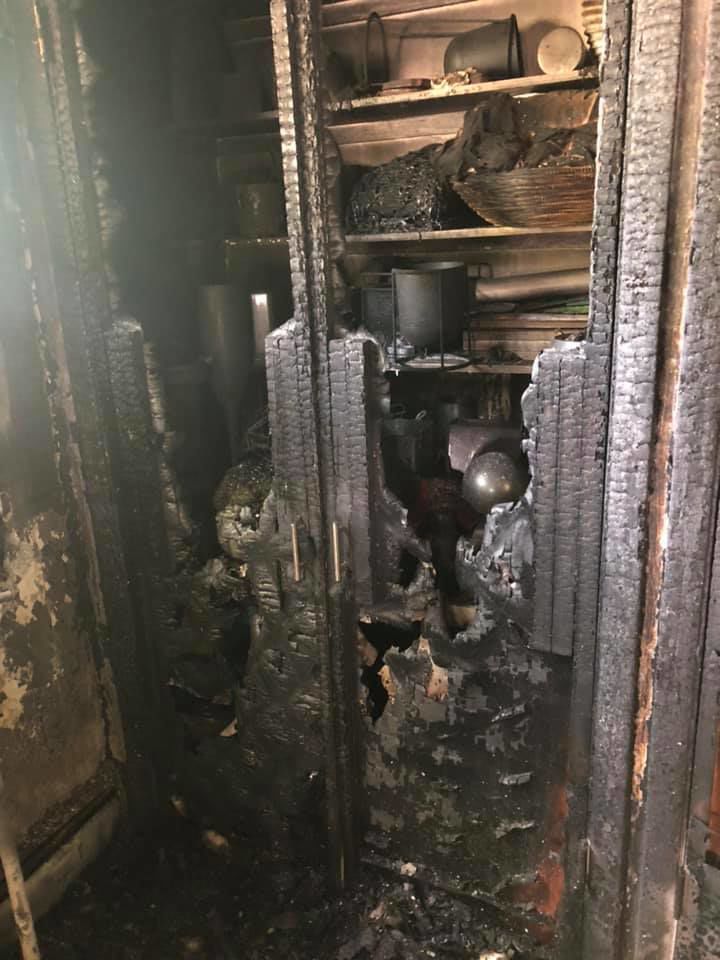 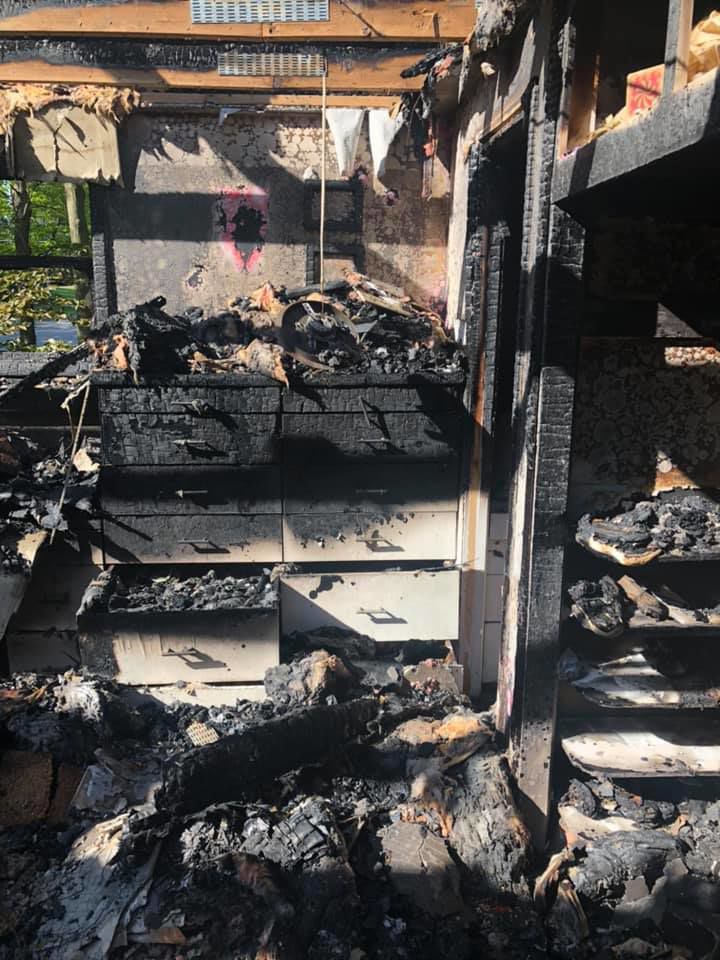 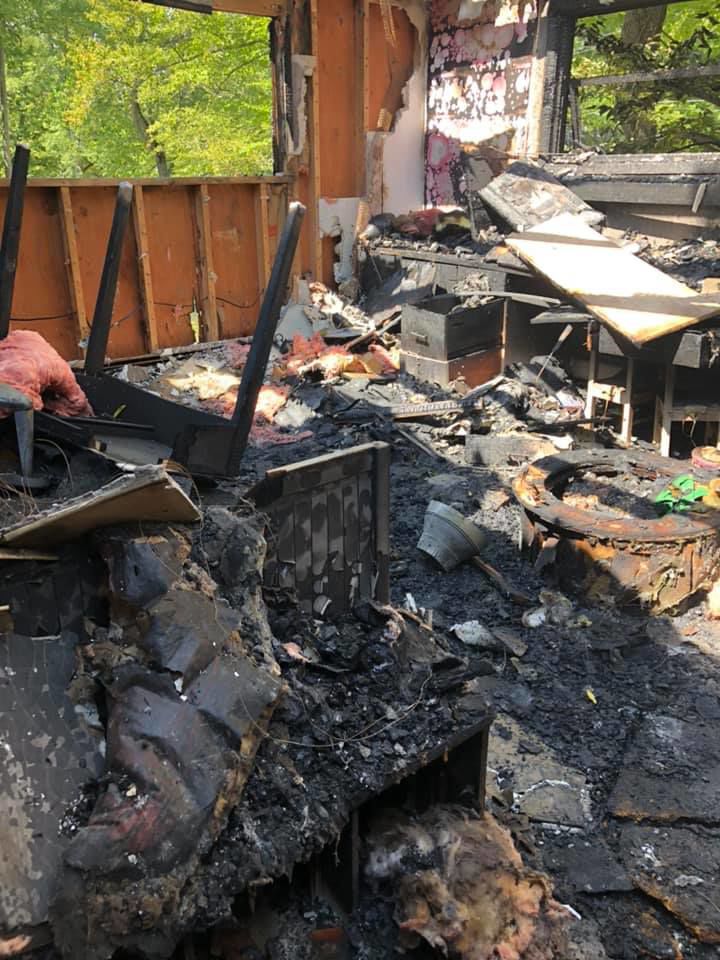 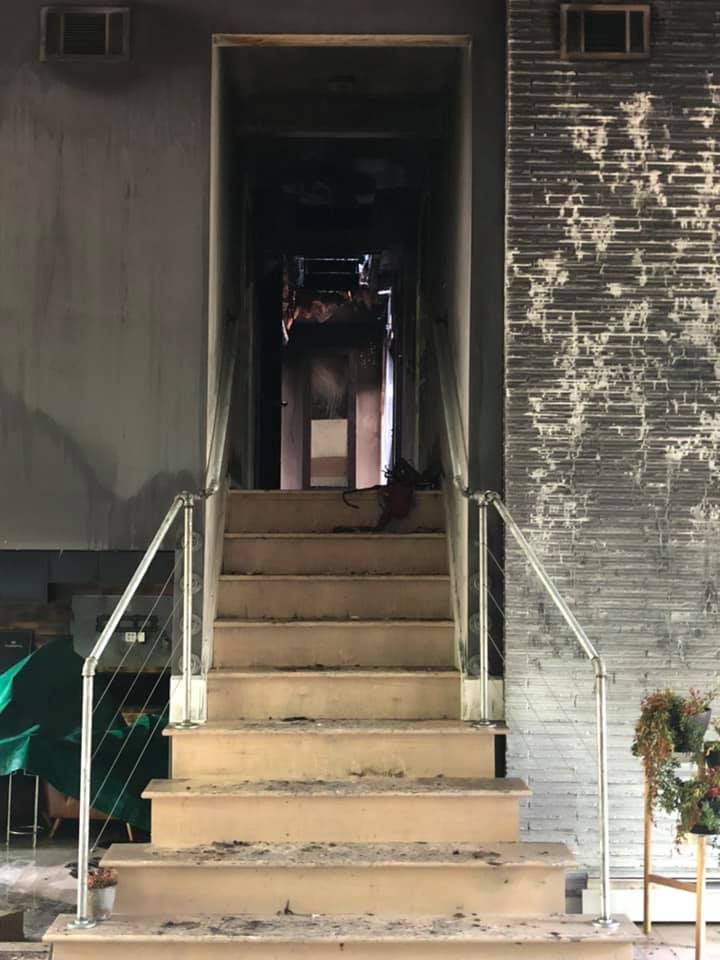 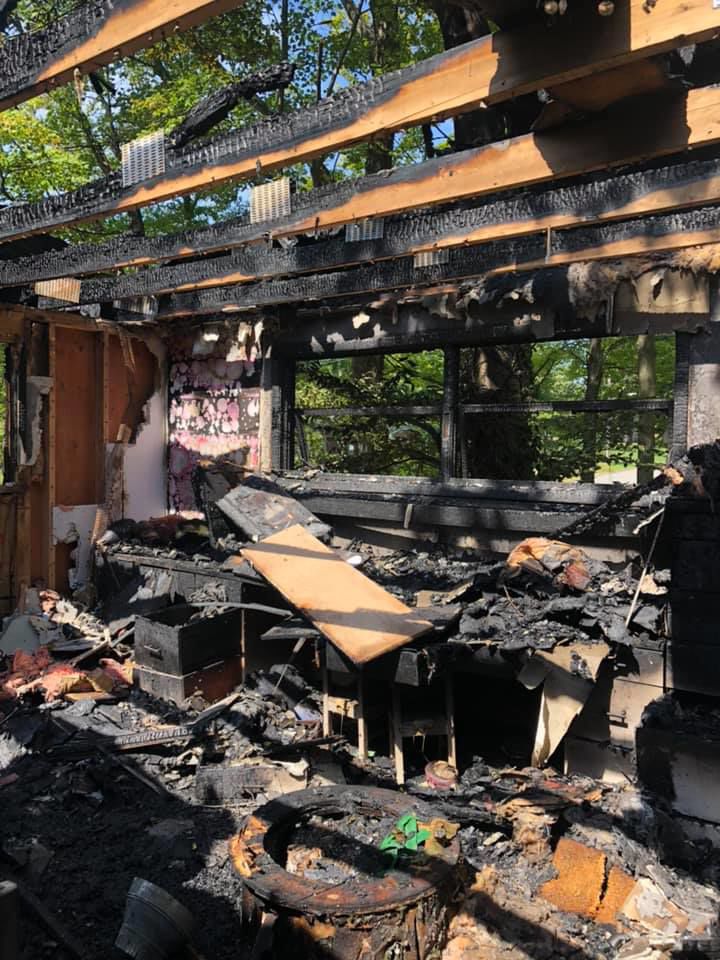 Sifting through the charred remains, Brittany said she came across a fragment of her wedding dress, which was still “perfectly white.” In that moment, she was overcome with peace, she said.

“I felt like that was God’s way of saying we were going to be OK,” she said.

"With all our stuff burnt to the ground, we’re still very blessed and fortunate,” Brad said. “While it may be a setback for a while, for us we know we’re fortunate to have everybody alive and be together.”

For Brittany, the difference between want and need has never been clearer.

Brad and Brittany haven’t shied away from talking about the experience with their kids; in fact, they view it as a teaching opportunity to discuss what they’re thankful for.

“I don’t feel like we’ve dwelt on the negatives,” Brittany said. “I obviously want the kids to be able to talk about it, so I tell them, ‘It’s OK that you miss your stuff.’ But then we talk about how great something else is.”

In addition to the love and support shown to them by the community, the Humbles said their faith has helped carry them through.

“I don’t know how people would do it without having faith,” Brittany said.

They invite anyone to accompany them to church at Mission Point Church at 54 E. Cook Rd. in Mansfield.