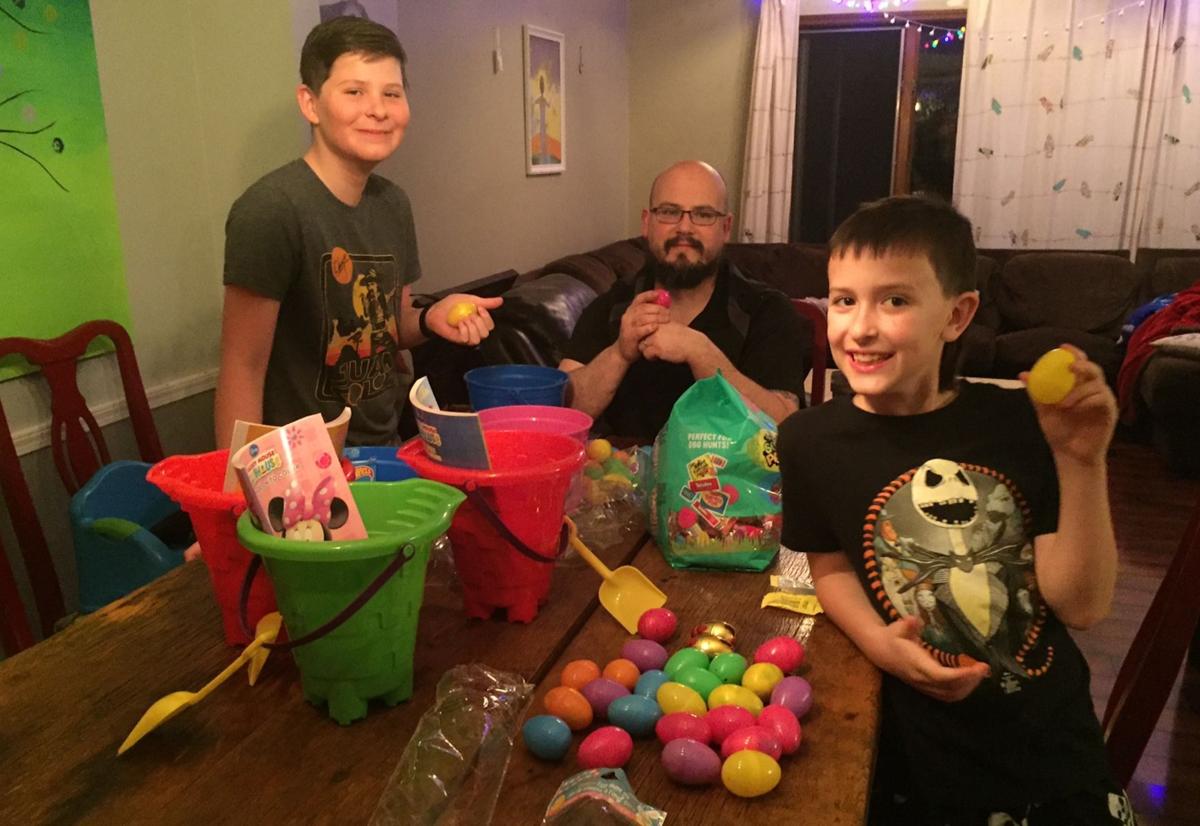 Brian Harvey and his two oldest sons work as a team to prepare baskets, and will hopefully surprise their youngest brother and son come Sunday. 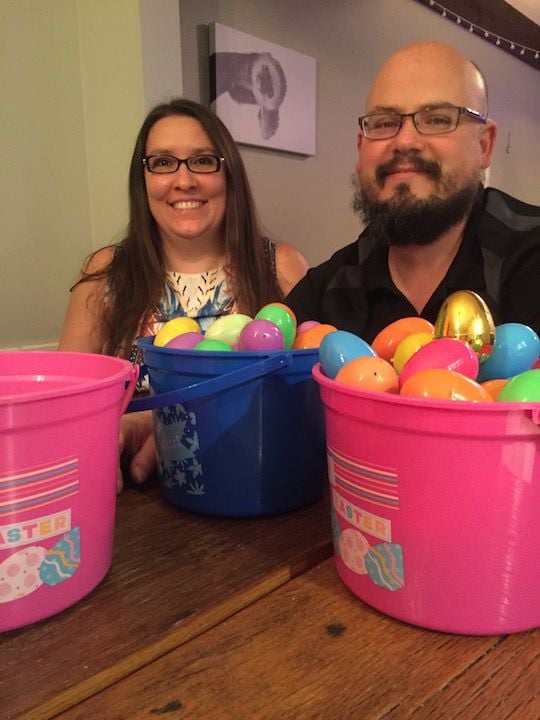 Devin and Brian Harvey have already done some shopping in preparation for Easter Sunday.

Editor's Note: Due to an overwhelming response, the Harvey Family asks those requesting baskets to remain patient as they try to fulfill requests.

MANSFIELD — As Easter weekend approaches with the stay-at-home order still in place, those fun plans with extended family members and Easter egg hunts around the neighborhood have come to a screeching halt.

In the process, children around the world may have their precious moments of imagination and excitement taken away. One couple in Mansfield, however, hopes to make a difference in their community.

Brian and Devin Harvey, parents of three, have reached out to other parents and guardians around the area, informing them that they will be making Easter baskets for any child who wishes to receive one.

“Kids still have imagination; they still believe,” Brian Harvey said. “They don’t need to stop believing in something just because the economy is having an issue.”

In the past month, Gov. Mike DeWine has closed all Ohio schools, non-essential businesses and issued a stay-at-home order due to COVID-19. As a result, Ohio unemployment rates have skyrocketed.

Brian Harvey, an essential worker at Mid-Ohio Automotive, felt a sense of urgency to step in and help parents and their kids in need. When he told his wife of his thoughts, she put him up to the task.

“This is affecting these kids more than what we could even imagine,” Brian Harvey said. “Just something as simple as not having Easter baskets—that’s something little to a kid that matters a lot, when they expect the Easter bunny to come and there’s nothing there.”

This is not the Harvey family’s first time offering a helpful hand to the Mansfield community. During and after the U.S. recession in 2008-2009, Brian Harvey participated in back to school book bag drives for several years.

Linda Briggs, Brian Harvey’s sister, praised her brother for all of the efforts he’s made to help the community over the years.

“It’s not a surprise that he’s doing this, and when I found out they were actually making them (the baskets) themselves, to me that was definitely more personable than just going to the store and buying them,” Briggs said.

Brian Harvey reached out to parents through Facebook groups and through his job. So far, 15 kids are on the list, and Brian Harvey continues to reassure parents there’s no limit on how many baskets he and his wife will provide based on the size of each family.

Devin Harvey, who owns a Cricut cutting machine, wants to personalize every basket to make each kid feel special by adding their name on the basket.

In addition to personalizing the basket, the couple will ask parents what kind of toy their child would like, as well as if they have any allergies before buying their snacks and treats.

“It just keeps coming back to where we came from,” Brian Harvey said, regarding why he decided to do this. “And if this would’ve happened when we were little, things like this would’ve never happened. There was no social media, there was no help or anything like this, so with social media we can at least get it out there and we can spread the word a little bit faster.”

The Harvey family will continue to accept requests for Easter baskets up until Friday afternoon and will distribute baskets on Saturday at 85 Illinois Ave S. For more information or to request a basket for a child, contact Brian Harvey on his Facebook page.

“It’s just trying to keep the kids innocent and keep them being kids. Plain and simple,” Harvey said.