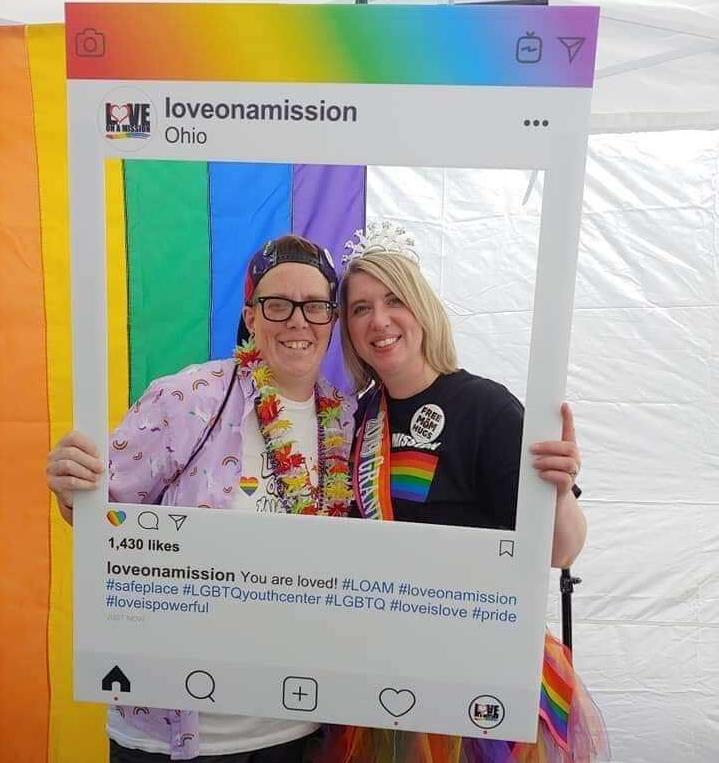 Love on a Mission volunteer Monique Hypes with the organization's founder, Deena Pfahler 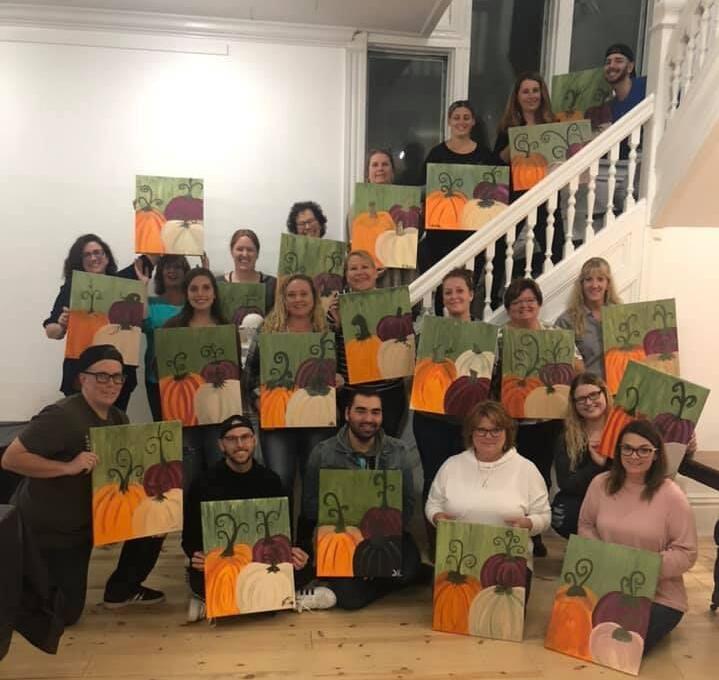 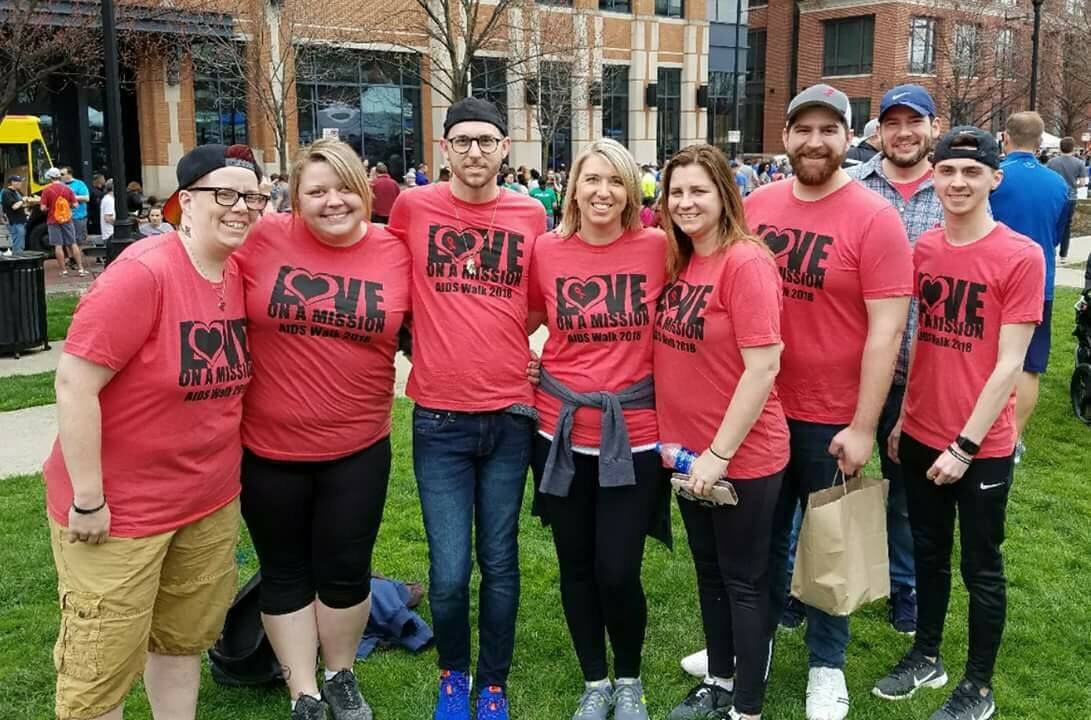 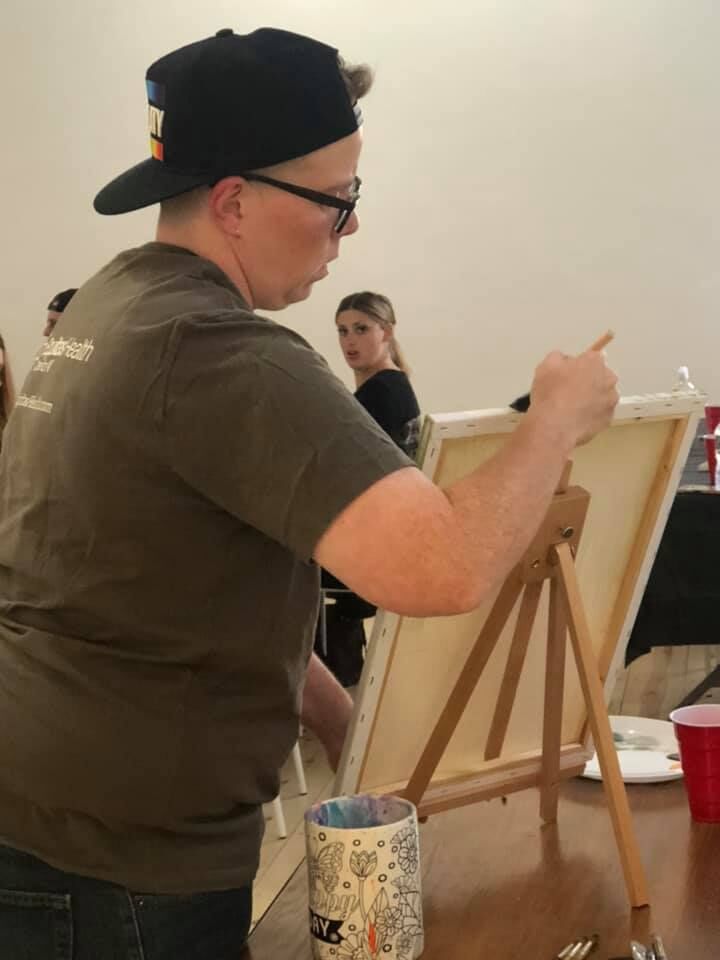 In the past, Love on a Mission has auctioned off paintings from art events in order to raise money for their organization to support local LGBTQ youth.

Editor’s Note: This is Part II of a three-part series that highlights volunteers in the Richland and Ashland County areas. Part I focused on Katie Carr, a volunteer for the Ashland Salvation Army Ray & Joan Kroc Center. Today covers Monique Hypes, a volunteer for Love on a Mission.

MANSFIELD — Monique Hypes, a lifelong Richland County resident, grew up in Shelby and graduated from high school in 1996. She remembers her adolescence taking place during a time when LGBTQ issues simply weren’t talked about openly in this region.

“I kind of felt like I was the only one,” Hypes said. “Knowing that there were other people and being able to interact and hang out with people that were going through the same things? That would have been tremendous. I always kind of stuck to myself and hid who I was a little bit.”

As an adult, Hypes has volunteered many hours to LGBTQ causes, hoping today’s youth would never have to experience the feelings of social isolation she once knew.

A few years ago, Hypes met Love on a Mission’s founder, Deena Pfahler, at an event. From the start, it was clear this organization’s mission aligned perfectly with Hypes’ own passion for helping others.

Love on a Mission was launched after Pfahler’s twin sons came out as gay in 2015 with a viral YouTube video that has now amassed over 27 million views. A few months later, Pfahler received a text message from a friend asking about resources for a high school senior who was forced to move out of his parents’ house after coming out.

Over six years since launching, Pfahler’s organization has worked to become a much-needed local resource for LGBTQ youth. In addition to holding events to support the community, they provide a place to stay in emergency situations. They recently moved into a new space inside of Grace Episcopal Church at 41 Bowman St.

“I’ve known (Hypes) since 2017, when she started volunteering with Love on a Mission,” Pfahler said. “She ran our social media for a while, but we quickly found that she was an amazing artist. Monique has led numerous art classes and projects with our students during our meetups.”

At Love on a Mission’s art classes, attendees are provided with a canvas and paints. Hypes selects a painting that is easy for them to learn, goes over instructions and helps out as needed. Often, there is a mixture of parents and their children in attendance, and she loves watching the family bonding that takes place in a safe, carefree environment.

“In Oct. 2019, we had a Paint and Sip fundraiser scheduled at The Gallery on Mulberry,” Pfahler said. “The afternoon of the event, our artist that was hired to lead the class came down with the flu and couldn’t lead the class.”

“We contacted Monique at the last minute. She had never painted the picture we had chosen nor led a class before, but that didn’t stop her from stepping up and saving the evening.”

Hypes’ passion for her volunteer work at Love on a Mission shines through. She spoke about how meeting and getting to know people with similar experiences can be life changing for many LGBTQ people, especially for youth who feel different from many of their peers.

“My family was accepting, so that part was really easy for me. My mom had gay friends, and I had a support system,” Hypes said of her own coming out experience. “But no matter how wonderful you think your family's going to be about things, you still wonder, ‘Am I going to disappoint them? This probably isn’t really what they wanted.’”

At a recent meeting, Hypes was touched by the response of the youth when she and other volunteers shared their coming out stories. Some of them approached her afterward to say how much they appreciated hearing stories about the same things they are currently facing and seeing it turned out so well in the end.

“Telling friends and letting people know in school—that was something I always kind of kept to myself until I was in my 20s,” Hypes said. “And then, in this area, I still always kind of felt like I was in a very small group until I started volunteering in the great groups that are around here.”

“The support that Deena has given people, even those who don't have the support from their parents or an adult figure, she guides them and points them in the right way. It’s an amazing organization. I can't say enough about them.”

Love on a Mission also hosts parent groups for anyone grappling with the emotions of their children coming out or just seeking space for open-hearted conversation with others in similar situations.