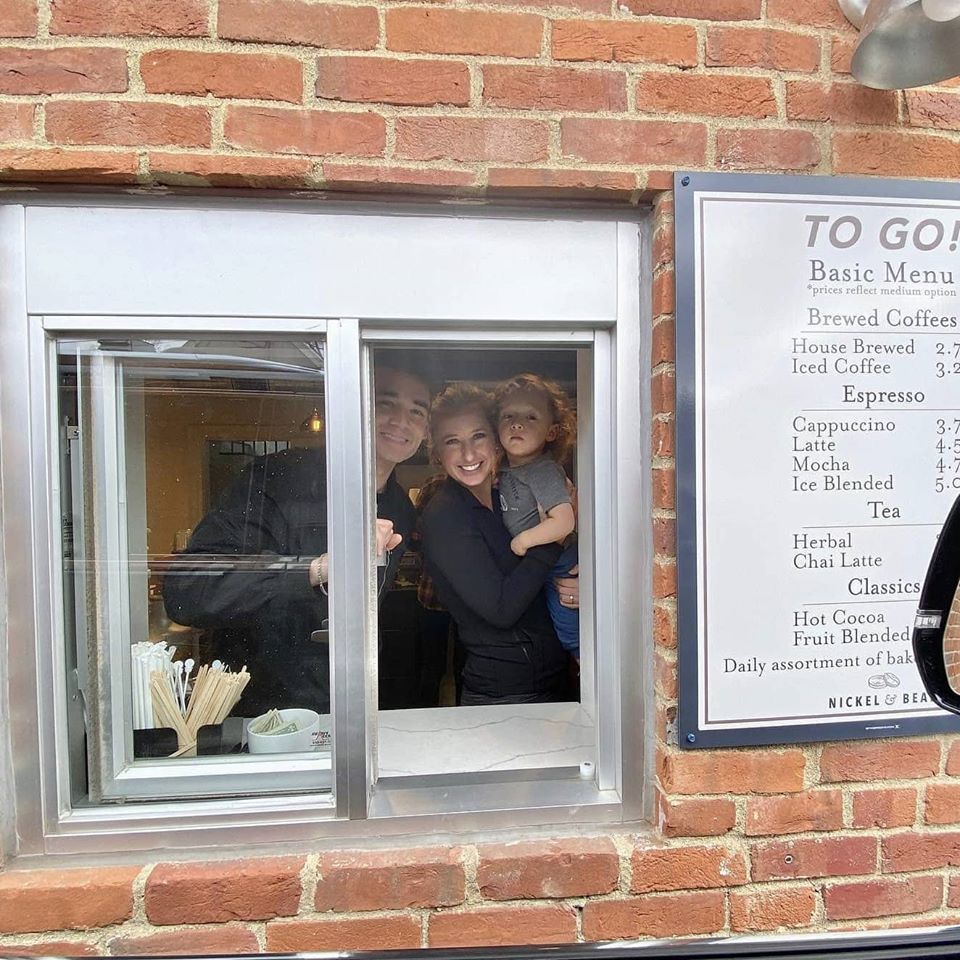 Nicky and Shellie Wong with their two year old son River in the drive-thru window of Nickel & Bean. 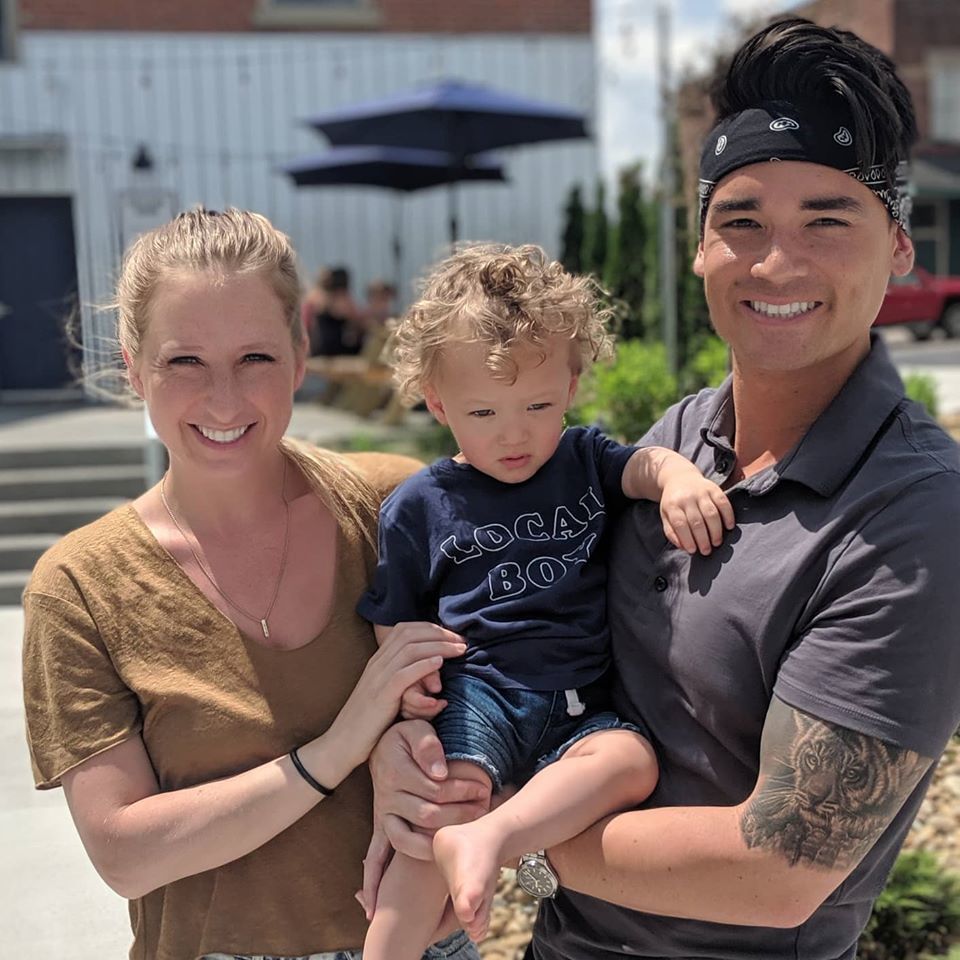 Shellie and Nicky met on the tennis courts of Lexington High School 12 years ago, which led to them becoming high school sweethearts and eventually life-long partners. 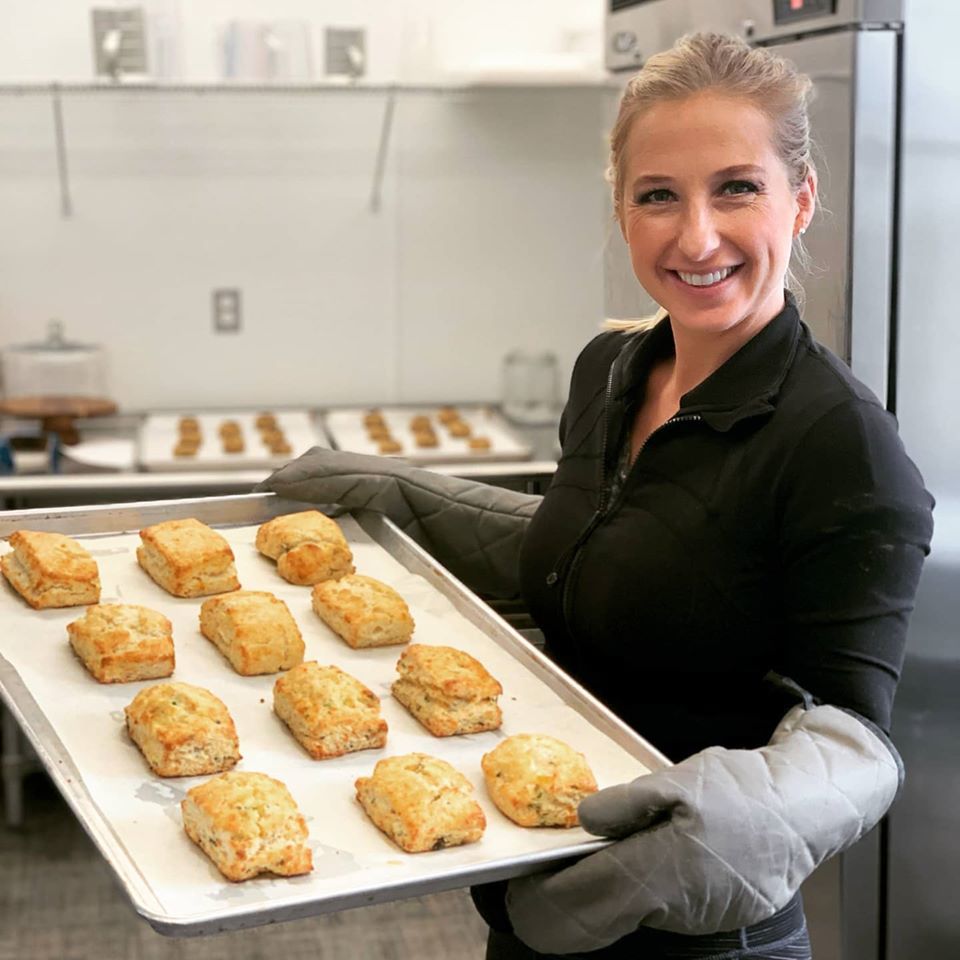 LEXINGTON — Although romantic plans for many couples have been cancelled recently, one couple found romance in helping their community in need through caffeine.

Shellie and Nicky Wong, co-owners of Nickel & Bean in Lexington, have been together for 12 years, reaching their third year wedding anniversary on April 22. Rather than celebrating, however, they chose to remain knee deep in their coffee shop, keeping it open and keeping their customers satisfied.

Shellie Wong, also a dental hygienist, recalled the first time she saw her husband on the tennis courts of Lexington High School, knowing for certain that they would end up spending the rest of their lives together.

“I’m pretty sure I saw him and was like, ‘I’m going to marry that dude.’ And what’s weird is that I actually did marry him,” Shellie Wong said in jest.

With the current state of the world, it left them with few options for an anniversary celebration, however it did give them the opportunity to continue serving their community.

“(We’re) trying to support the community by staying open, supporting the staff as much as we can, as many as we can,” Nicky Wong said.

The Wong’s opened the restaurant with Shellie Wong’s brother and sister Stephen Webster and Stacie Elkhoury. The idea stemmed from when the Wong’s now two year old son River was born prematurely and placed in the NICU.

On the day their son was taken off caffeine that helped regulate his breathing, Webster and Elkhoury came to the Wong’s with the idea of Nickel & Bean.

“The day he (River) got off caffeine was a huge moment in his (Nicky’s) day… God is so good from that whole experience, and it’s cool how it worked,” Shellie Wong said.

With Shellie working behind the scenes and Nicky working the front lines 12 hours a day for six days a week, it gives them little room for conflict. Though she admitted that if she wasn’t a hygienist and became primarily focused on Nickel and Bean, she and her husband would butt heads a little more due to them both being so opinionated.

“I kind of let him make the decisions with my sister and brother and I kind of stay behind the scenes unless they need an extra person (for an opinion),” Shellie Wong said.

After opening on July 4, 2019, the coffee shop has received a lot of support around Richland County, becoming an intricate part of its community. The Wong’s couldn’t be more thankful.

“The community is just so wonderful,” Shellie Wong said. “They honestly make it what it is. With all of the people that come through the drive-thru, they just make a special effort to head that way even if it’s out of their way.”

Although they had to cut their staff in half and currently have only one baker in house, their menu has stayed the same and they’re still providing most of their baked goods, with some limited in amount.

With the stay-at-home order in place, it’s easy for people to become stir crazy, but Shellie Wong said that’s not the case for her family.

“It’s really allowed us to enjoy family time, which I think as a society we maybe forget about,” she said. “We forget things, we care a lot about work… and sometimes family comes last, so it’s been really nice to go back to that.”

Since being laid off from her dental office due to the shutdown, she’s been able to be present at Nickel & Bean more often, as well as be with her son. While her family has always been close, the current situation has made them even closer.

“I get to really appreciate the time with my son,” she said. “Because working 40 hours a week, I’ve never been able to enjoy or take in the experience of being a stay-at-home mom.”

Nicky Wong, recognizing the local love and support they’ve received, will remain appreciative to the community that have welcomed their business with open arms.

“I think everybody, the whole family... are just super grateful for the community support and everybody coming out and supporting our business and our family,” he said. “I’ll always remember everyone that’s come through during this time.”