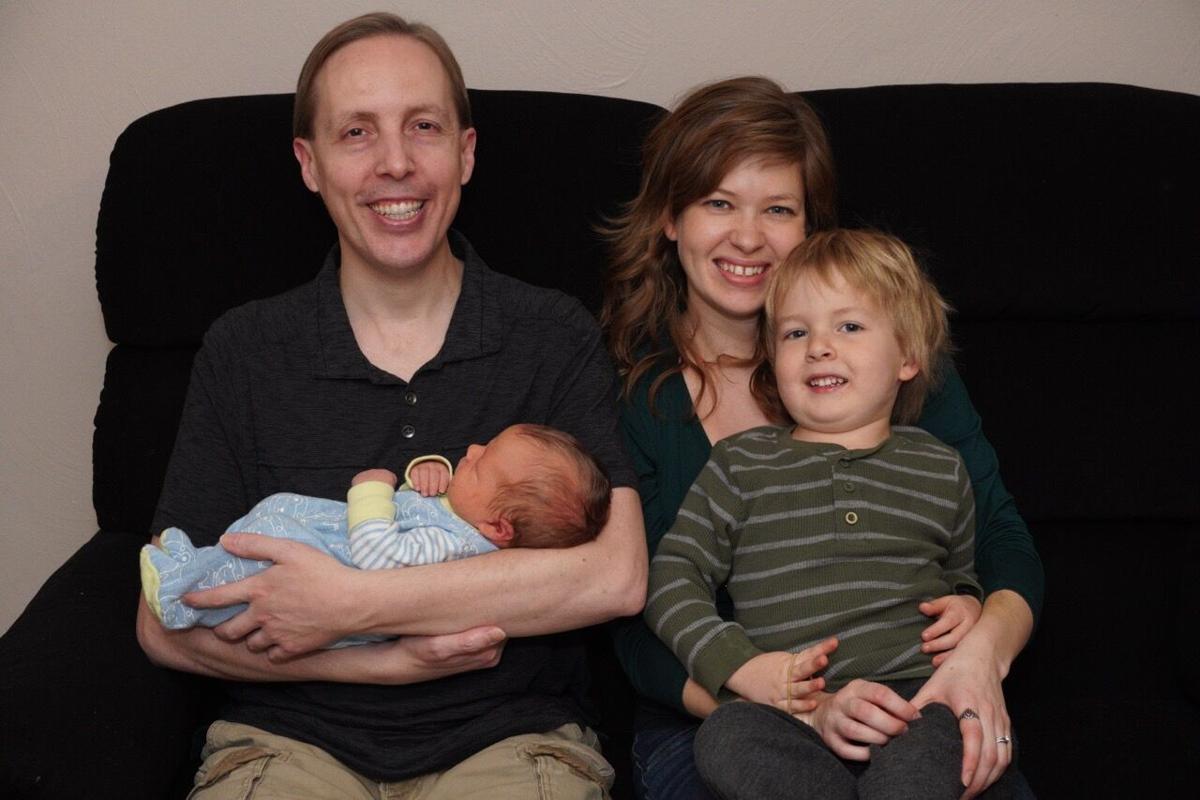 Brian and Faith Glover pose for a photo with their sons, Isaac and Jadon. 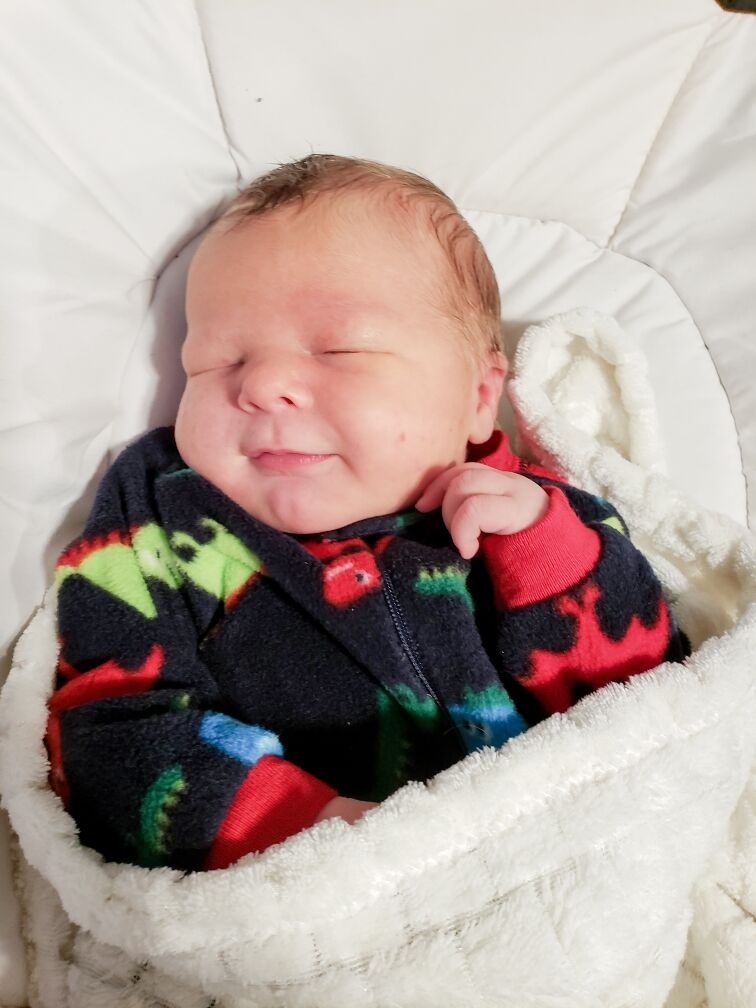 MANSFIELD -- Jadon Scott Glover came into the world on his own terms.

The first baby born in Richland County in 2021, Glover was born at 7:52 a.m. on New Year’s Day at OhioHealth Mansfield hospital.

“He was supposed to be my Christmas baby. He was due Dec. 26, but evidently he decided 2020 was not a year he wanted to be born in. I can’t say I blame him,” said his mother, Faith Glover.

Jadon weighed in at 8 pounds, 9 ounces and measured almost 21 inches long. He lives in Mansfield with his parents, Brian and Faith Glover, and his brother Isaac.

Faith said her eldest has embraced his new role as big brother.

“He’s always showing him toys and trying to share with him. He’s giving him kisses all the time and rocks him in his bassinet,” she said. “I thought the jealousy thing would be starting by now, but he just adores him.”

The Glovers had planned to deliver at the OhioHealth Shelby hospital, but had to change their plans due to the COVID-19 pandemic.

“Thankfully all the nurses and the doctor that delivered were all super amazing and everything turned out OK,” Faith said. “We had a healthy baby and that's all that matters in the end.”