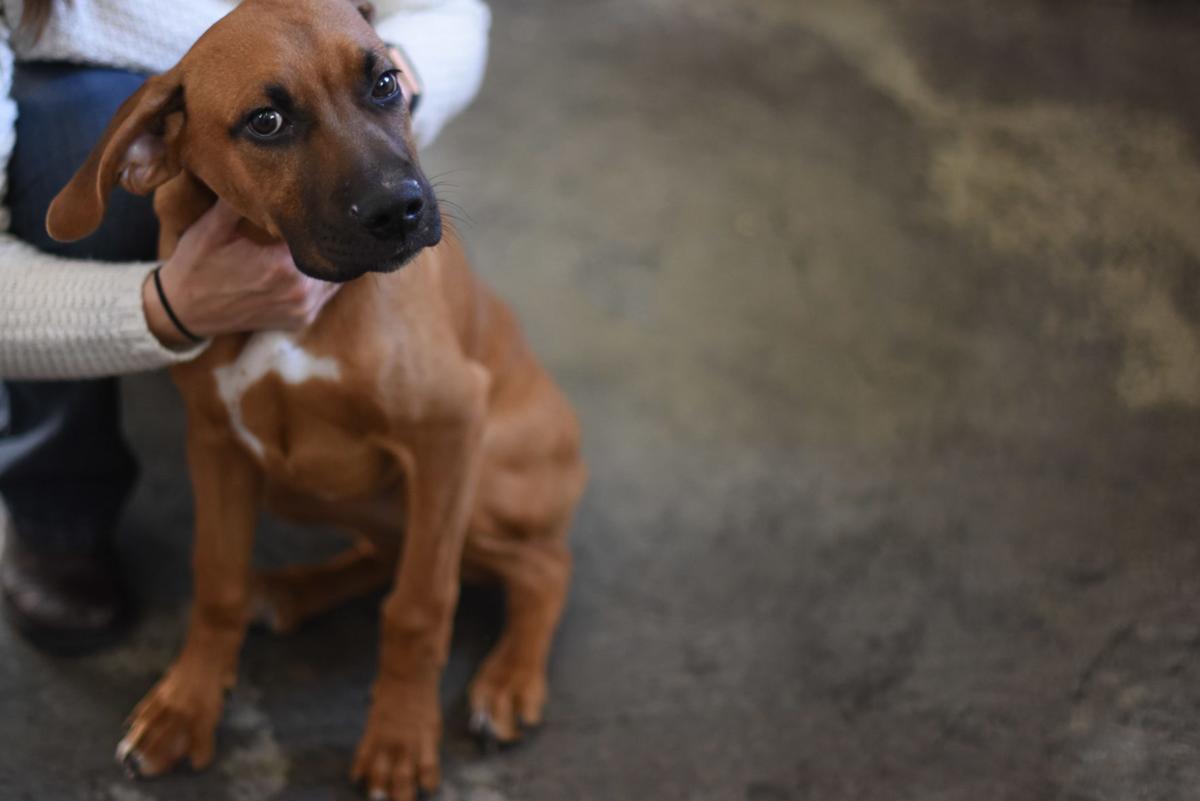 Pets can receive the same amount of emotional benefits from their owners as well if they’ve been abused, malnourished or mistreated. 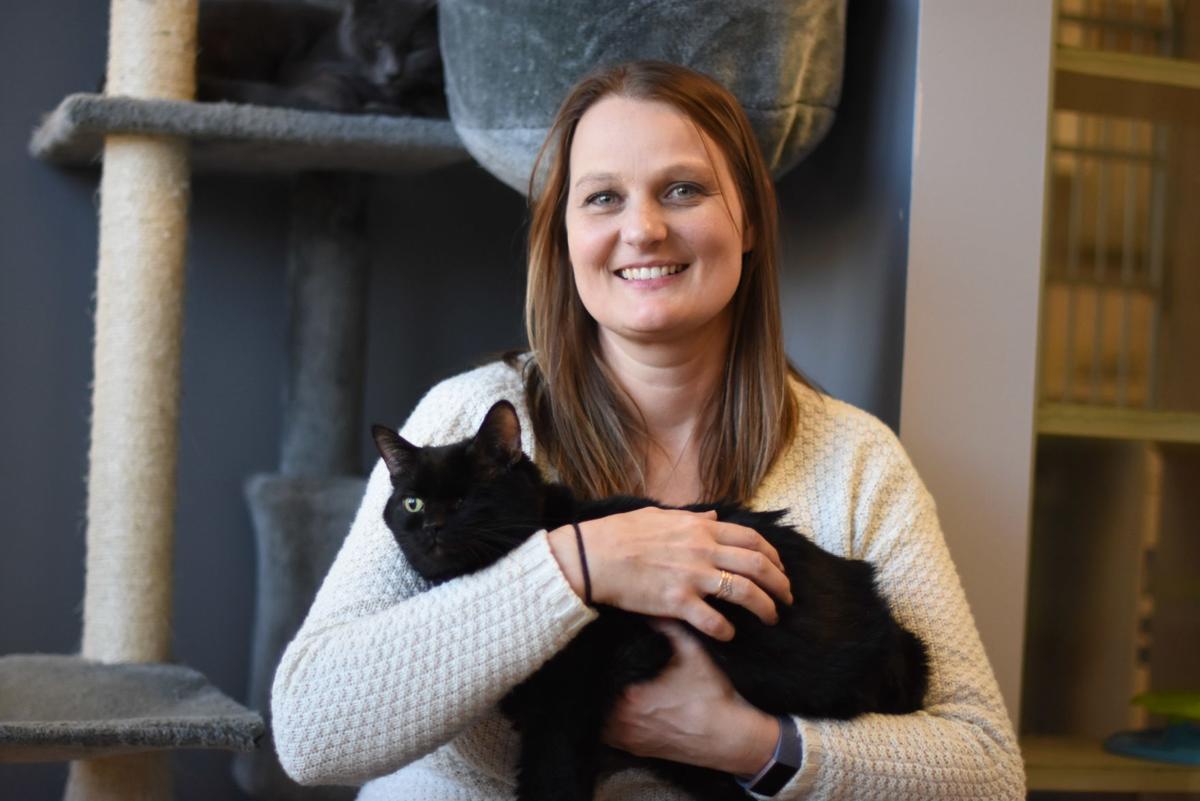 Toni Ross, operations managers at the Humane Society of Richland County, is a registered veterinarian physician. She has four cats and one dog of her own. 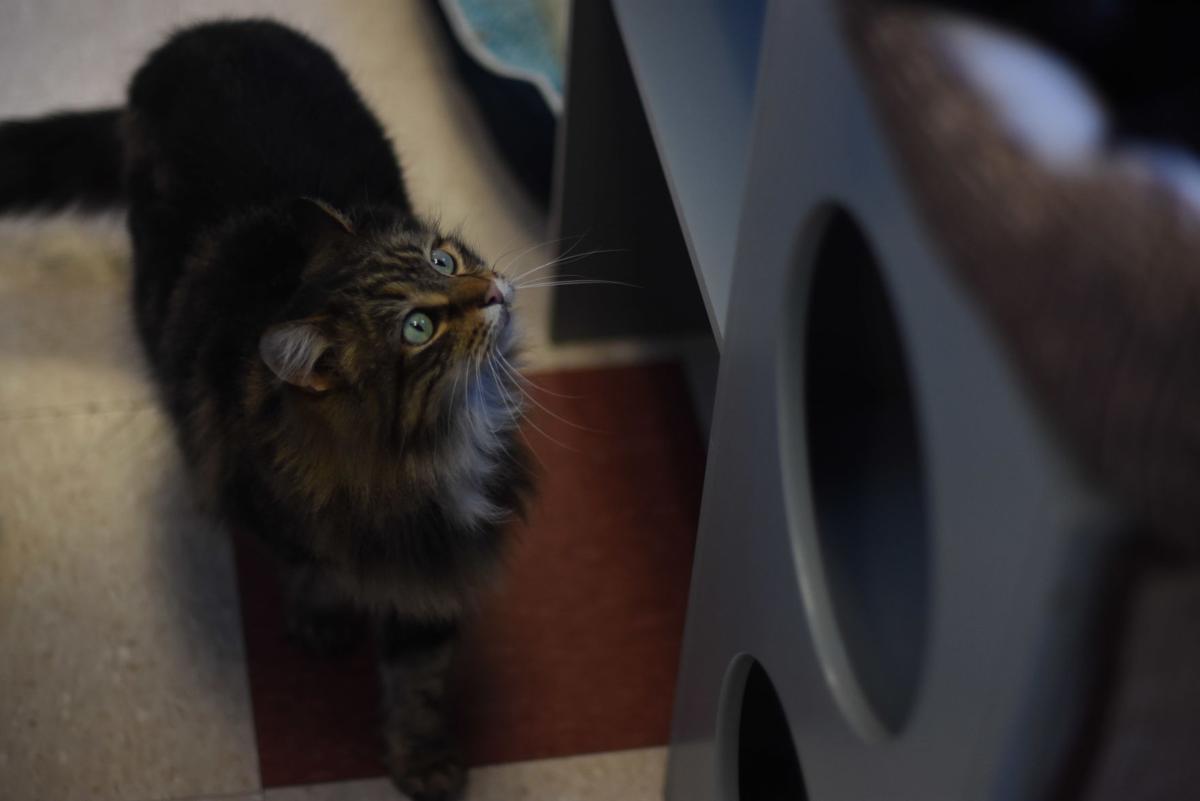 With their ability to detect mental and physical issues such as seizures and low blood sugar, pets can often save lives. 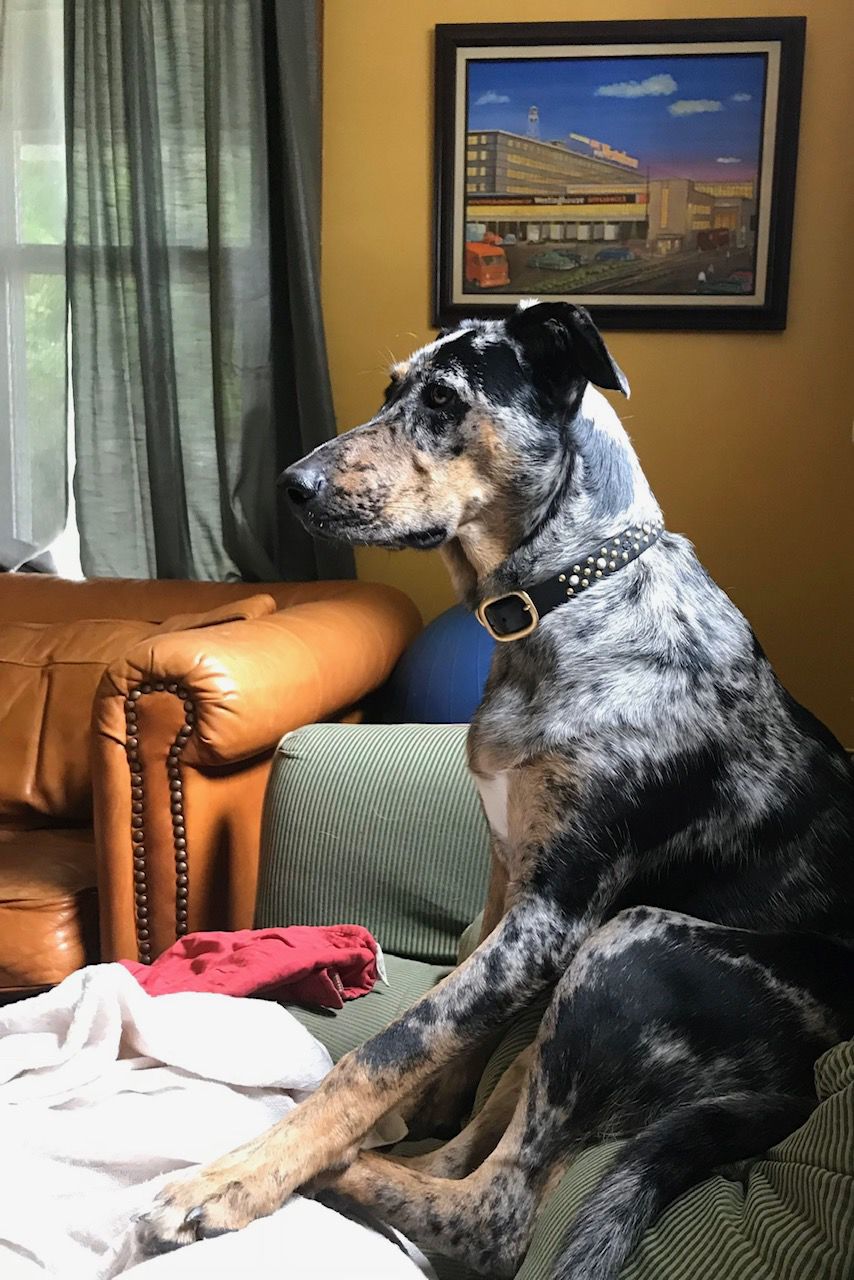 Louisiana Mae is a 2-year-old german shepherd/catahoula leopard. At only 10 weeks old, she weighed 27 pounds. Today she weighs 95.

MANSFIELD - Whether they’re big or small, an animal's love can be all a person needs for their emotional well-being.

Jennifer Kime, CEO of Downtown Mansfield Incorporation, owns two dogs. After one of her children had been diagnosed with an anxiety disorder, she and her husband decided to search for some additions to their family.

“I just think there’s something special about raising kids with dogs. They (the kids) just really learn a whole other level of empathy, I think,” Kime said.

Their second dog came from an animal shelter in Toledo, a german shepherd/catahoula leopard puppy they named Louisiana, who was rescued along with several other puppies after they were found abandoned in a barn.

Kime was informed that Louisiana needed to be adopted the most out of the siblings due to the mistreatment and bullying she received from them. At one point, the other dogs wouldn’t even let her eat.

“She had to go first because she was in a bad place,” Kime said.

Although with any puppy there’s a period of training and a need to have patience as they get used to their new home, Louisiana adapted well after the first couple of months according to Kime.

“It was hard at first for her just to learn that it’s OK to eat and no one’s going to attack her for eating her food, and that there will be more food tomorrow,” Kime said.

These days, Louisiana weighs 95 pounds and loves going on hikes with the family.

After being with both dogs for so long, Kime can see how much of a difference their two dogs have made in her family's lives.

“Both dogs have really become such a huge benefit for our children and growing them and really helping them learn about animals, learn about empathy and just having that emotional support,” Kime said.

Toni Ross, operations manager at the Humane Society of Richland County, worked as a veterinary technician for 13 years and has seen the emotional benefits for both the owner and pet.

“Having that constant compassion, the animal is always there 100 percent, no holds barred. They love you no matter what,” Ross said.

Even though they don’t take away a person's need for prescribed medication, having a pet reduces the amount of anxiety and stressful attacks. In her experience, Ross has seen many cases where a person having an anxiety attack calmed down from simply stroking their hand through a dog or cat’s fur coat.

Having a pet in a home relieves stress, anxiety and depression in people, Ross said. With their ability to detect mental and physical issues such as seizures and low blood sugar, pets can often save lives.

“If you’re going to have an anxiety attack, that animal can sense it and they go over and lay their head on your lap… That takes that stimulus away from thinking about why you’re having this attack,” Ross said.

Ross, who owns four cats and one dog, knows all too well the warm feeling of coming home from a bad day only to be greeted by her pets at the door.

“Working in the Humane Society, there are some stressful times; you see sad things a lot,” Ross said. “I just go home and love on them (her pets) and they love me no matter what, and they just make me feel loved 100 percent of the day.”

Pets can receive the same amount of emotional benefits from their owners as well if they’ve been abused, malnourished or mistreated.

“It takes a lot of time for that animal to trust again, but it does benefit them knowing eventually they’re going to love that person and protect that person because they rescued them. Their spirit starts to come back because of that,” Ross said.

There are many reasons why adopting a pet can be more rewarding versus buying one.

Kime, who’s done both, feels better about helping an animal that needs a home.

“(Louisiana) and her brothers and sisters would’ve just died out in the cold in that barn had no one come around to find them, rescue them, find them a home and take them to the vet. That’s expensive and someone’s got to do that,” Kime said. “So it makes us feel good to at least know we’re assisting in that process of helping rehome dogs and rescue dogs that really do need it.”