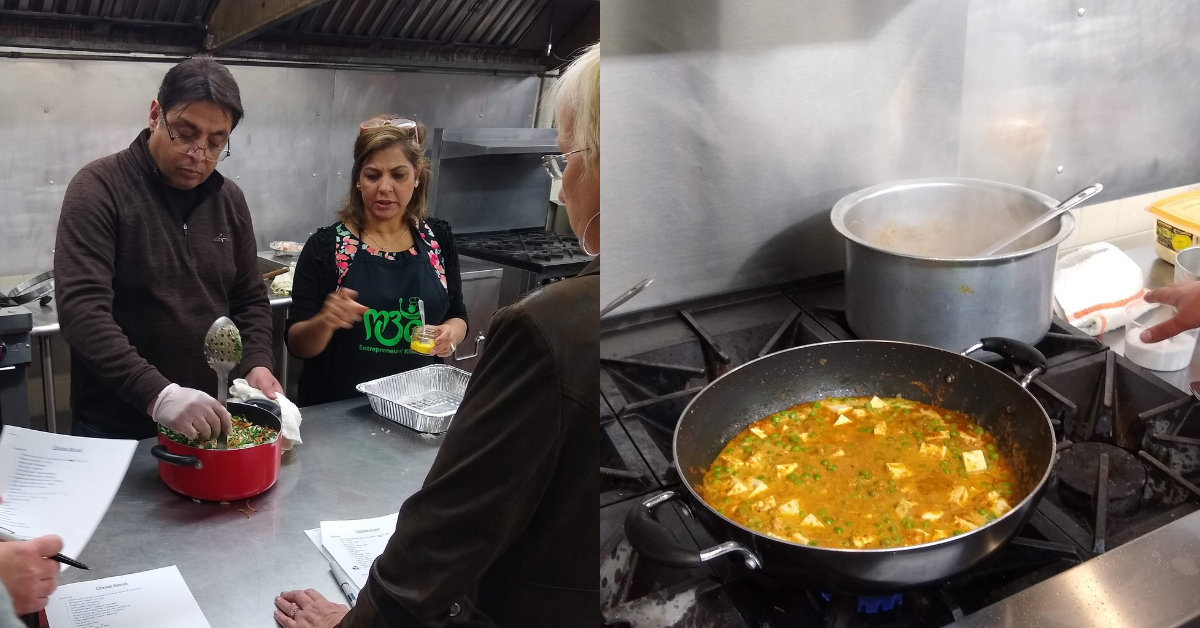 Hari and Warscha Nagpal lead a cooking class on Indian cuisine at the Entrepreneurs' Kitchen in downtown Mansfield. 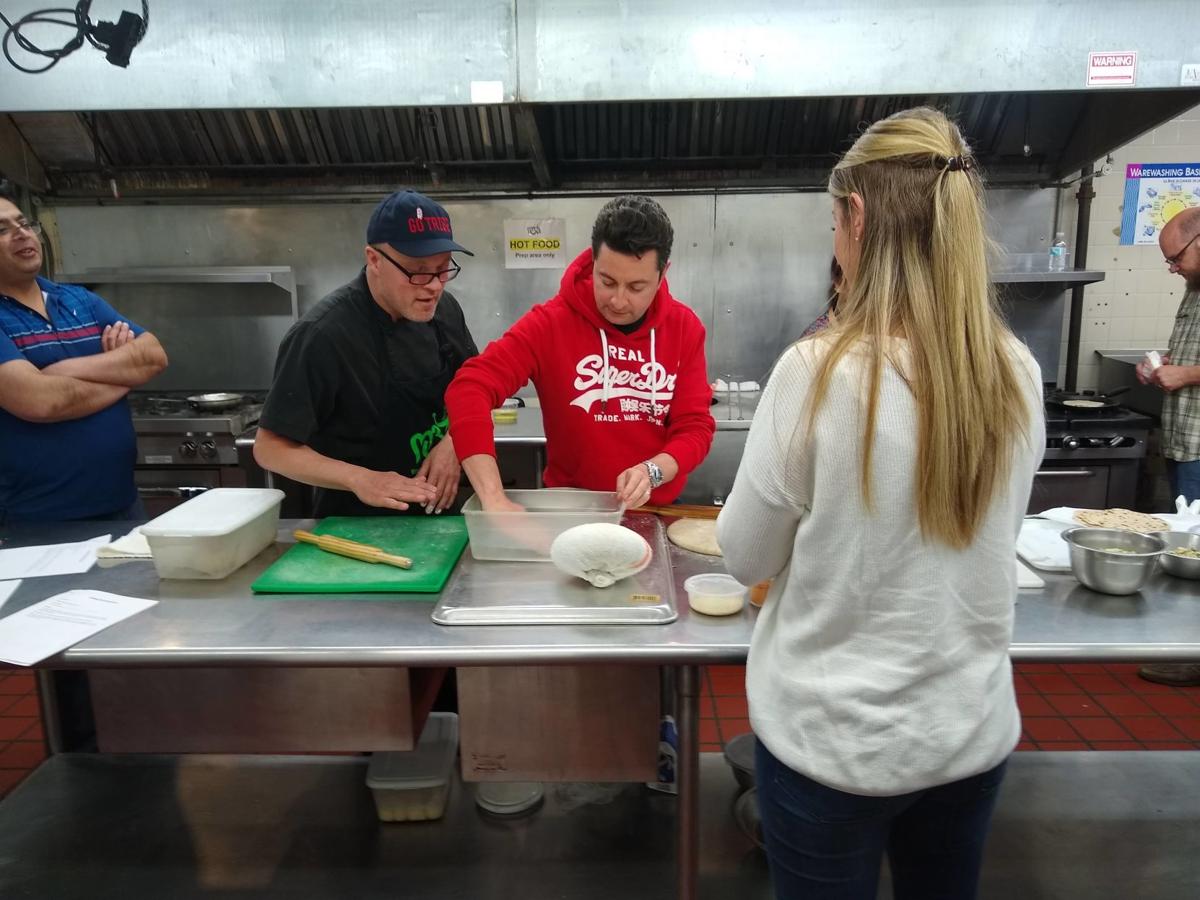 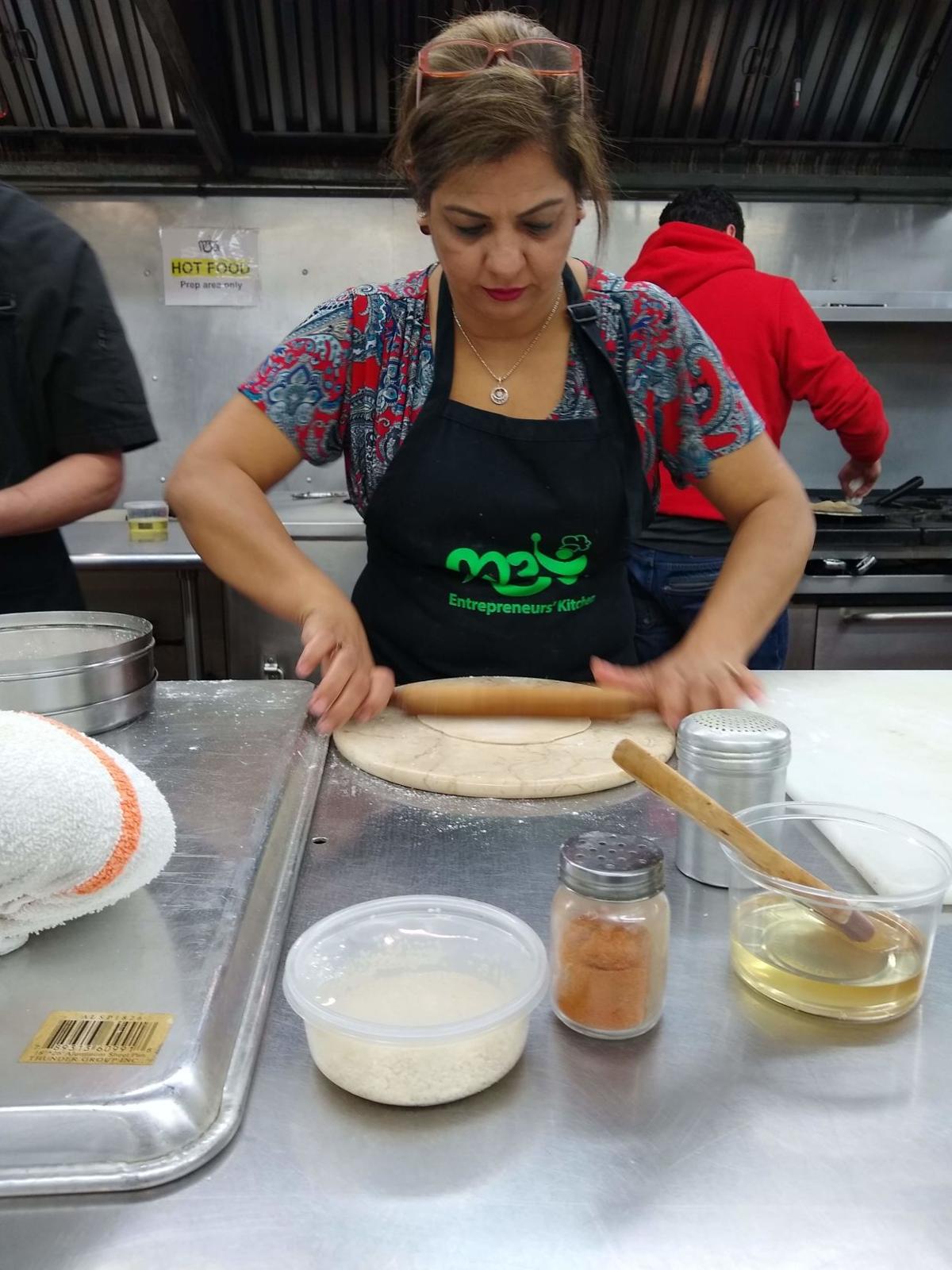 MANSFIELD — The former owners of Saffron Indian Cuisine closed the doors to their downtown Mansfield restaurant in May, but that hasn’t kept them from serving the community — this time in the form of cooking classes.

Many customers had reached out to Hari and Warscha Nagpal following the closure of their restaurant, asking if the owners would be willing to share their recipes.

“Just giving them recipes wouldn’t have been enough, so we thought, ‘Let’s just do small cooking classes for the people who love Indian cooking,’” Warscha said.

The Nagpals shared their secrets to cooking Indian cuisine with four different types of classes: paneer (fresh cheese), bread, vegetarian and non-vegetarian. Following the 90-minute cooking demonstrations, participants had the chance to sample the dishes.

“This was just a small thank-you to the City of Mansfield for all of the business and love they gave us all of these years through our restaurant,” Warscha said.

The classes, which took place at the Entrepreneurs’ Kitchen in May and June, were a hit.

“The great chefs don’t tell you their true secrets. Well, Hari and Warchsa, they opened up their cookbooks to us, essentially. We got to hear their secrets on how to make really great-tasting Indian food,” said Korinna Goettel, director of operations for the Entrepreneurs’ Kitchen.

The Nagpals decided to take a break from holding the classes in July, given the busyness of summertime with people being away on vacations and other activities going on. Depending on interest (and if the Nagpals are still in town), they may hold more classes in August and September.

“If we have a lot of response we would do it,” Warscha said.

The Nagpals are planning to move to New York, which is why they closed their Mansfield restaurant. They still own and operate The M Star Hotel in downtown Mansfield, which is currently for sale. Warscha said as soon as the hotel sells they are moving to New York.

“We hosted the classes through the Entrepreneurs’ Kitchen because it was a great place for them to have access to a commercial kitchen, and everything they needed was right there,” Goettel said.

“Because that was so successful, we’re looking at throwing some other cooking classes.”

Goettel said she’s already been in conversation with someone who’s interested in holding some Puerto Rican cooking classes at the Entrepreneurs' Kitchen.

“We’re looking for instructors who are interested in teaching what they know about cooking,” she said.

If interested in holding a class, contact Goettel at korinna@ideaworksohio.com. Goettel said she welcomes all sorts of ideas, such as healthy cooking demonstrations or baby food making classes.

The Entrepreneurs’ Kitchen, which is currently located on the lower floor of the Barrington One Building, is relocating to the former Caldwell & Bloor Company building at 80 W. Third St. The facility is expected to be transformed into the Caldwell Entrepreneurs' Kitchen + Marketplace by late 2020.

Goettel said because the building will be part of the Imagination District, plans are in the making to have family cooking classes at the facility.

“Those are some plans that we have for the future when the new kitchen is opened and up and running to really make it a family affair," she said. “If kids can get involved with cooking at an early age and understand where food comes from, and how to make yucky-tasting vegetables not taste yucky, I think that’s really cool.”