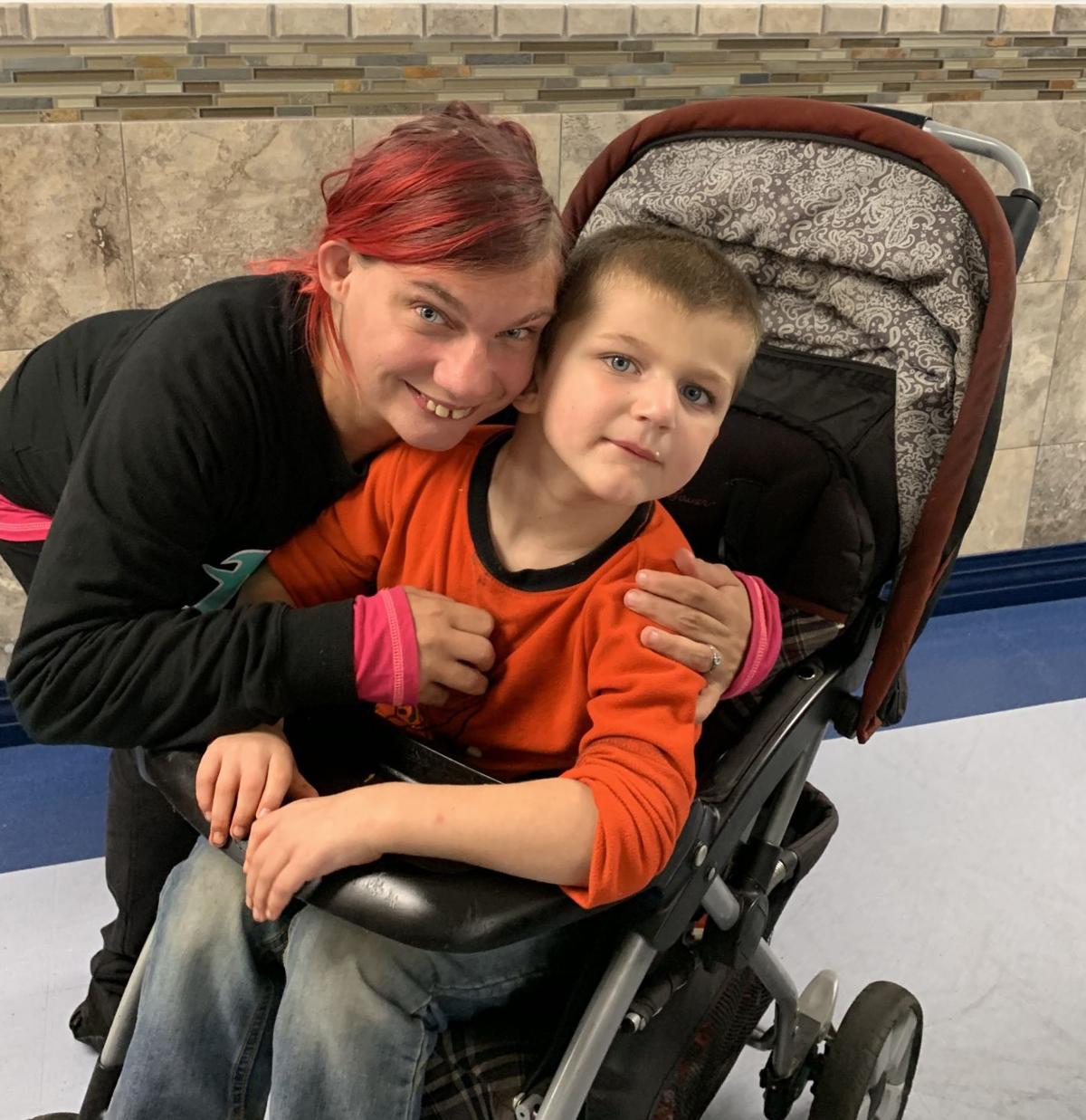 CJ and Bobbi love to go on walks. 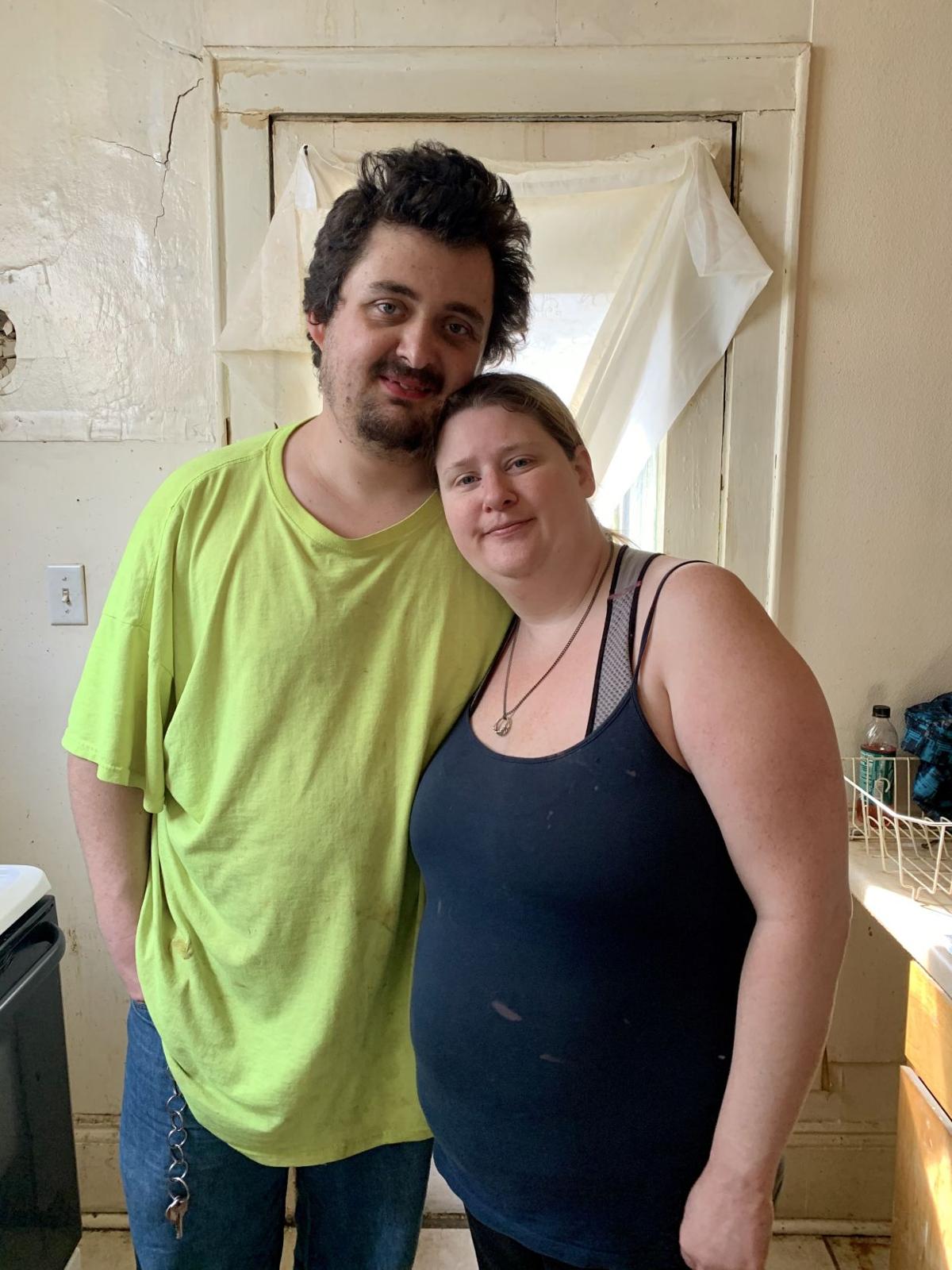 Chris Miller and his fiancé Christy Kopina are devoted to CJ.

CJ Miller has autism. And he also has a whole network of caring adults around him.

His story has many chapters and many characters, even though he is only six years old.

Christopher Lee Miller, Jr. was born in Springfield, Mo. in November 2013. He entered foster care at the age of six months because he was not gaining weight. He was diagnosed with autism around this time.

His parents, Chris Miller and Bobbi Williamson, who were 18 and 21 when he was born, took parenting classes to learn how to help.

Bobbi has a learning disability and two other disabilities, and Chris has borderline Intellectual Developmental Disabilities. Chris’s parents, Christina and Dennis Miller, agreed to take custody of CJ. He has been in their care ever since. But Bobbi and Chris have never not been involved.

The Millers were originally from Galion and Bobbi was from Mansfield. They moved back to Mansfield from Missouri in 2018.

Bobbi and Chris worked on their relationship for years but are not together any more. But what they are doing together is the point of this story.

Bobbi and Chris consciously and deliberately set aside their differences in order to get along. “For CJ’s sake,” Bobbi said.

Chris is engaged to Christy Kopina and they regularly have CJ stay with them. Christy determined from the start to be friends with CJ. She plays with him and watches videos with him. She said, “Like a typical kid, he doesn’t like to go to bed.”

Christy works on her friendship with Bobbi, also, “for CJ’s sake”. Both women spoke of each other with respect and gratitude.

Bobbi says that her friendship with Chris is their biggest strength. They continually communicate, forgive, support, and celebrate their son. Chris and Bobbi work hard to coparent. They are flexible, they don’t bad mouth each other, they remain accessible to each other and to CJ.

And they draw strength and support from the people around them. Bobbi lives with Chris’s parents in order to be with CJ. Bobbi said, “They treat me like a daughter.” Several other friends are heavily involved, helping CJ eat, get around, keep him and his area clean, and enjoy activities.

CJ is a cutie, with beautiful eyes and a sweet spirit. He is happy and loving. He doesn’t show much emotion. He communicates by touch or action. For example, when he’s thirsty, he places a sippy cup in his hand.

Bobbi feels privileged to be CJ’s mom. She had never thought she would be a mom, but being CJ’s mom is the best part of her life.

Bobbi said, “One time when he was in foster care, he lit up when he saw Chris and me at his appointment. His former foster mom said he had never done that before.”

CJ said his first word when he was two. It was “mama”. He also likes to use the word “no”.

CJ has an IEP and plans to start kindergarten next fall.

Here’s the thing. Everyone in this story has major struggles of some sort. Their lives are not easy. But their hearts are big, and they have developed relational tools centered around CJ’s care. There is grace. There is selflessness. There is trust.

CJ’s people come together to do what is best for him. I am always impressed at the plain old friendliness among them. And the way they share the care of this precious boy. In a time when it seems like people might just be out for themselves, CJ Miller, as well as every member of his family, is in a privileged spot.

If you are interested in free parenting classes similar to what Bobbi and Chris took, the Triple P classes at Catalyst come highly recommended.