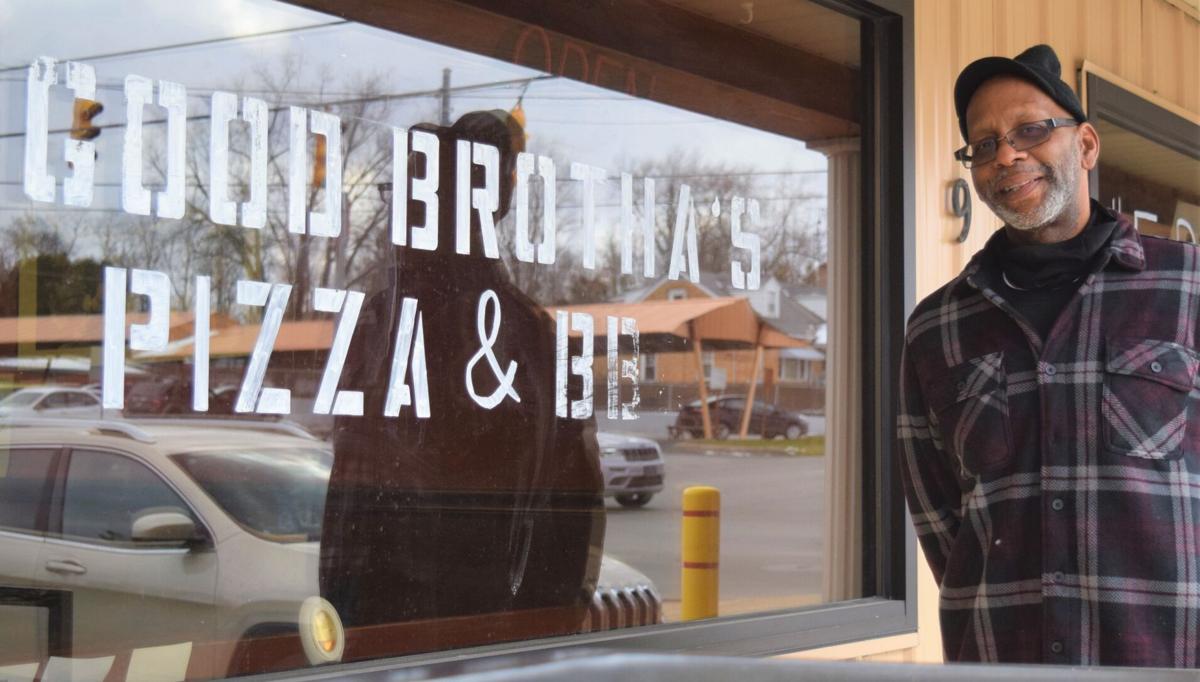 Tim Feagin is the owner of Good Brotha's Pizza & BBQ and Vroom Drive Thru at 919 S. Main St. in Mansfield. 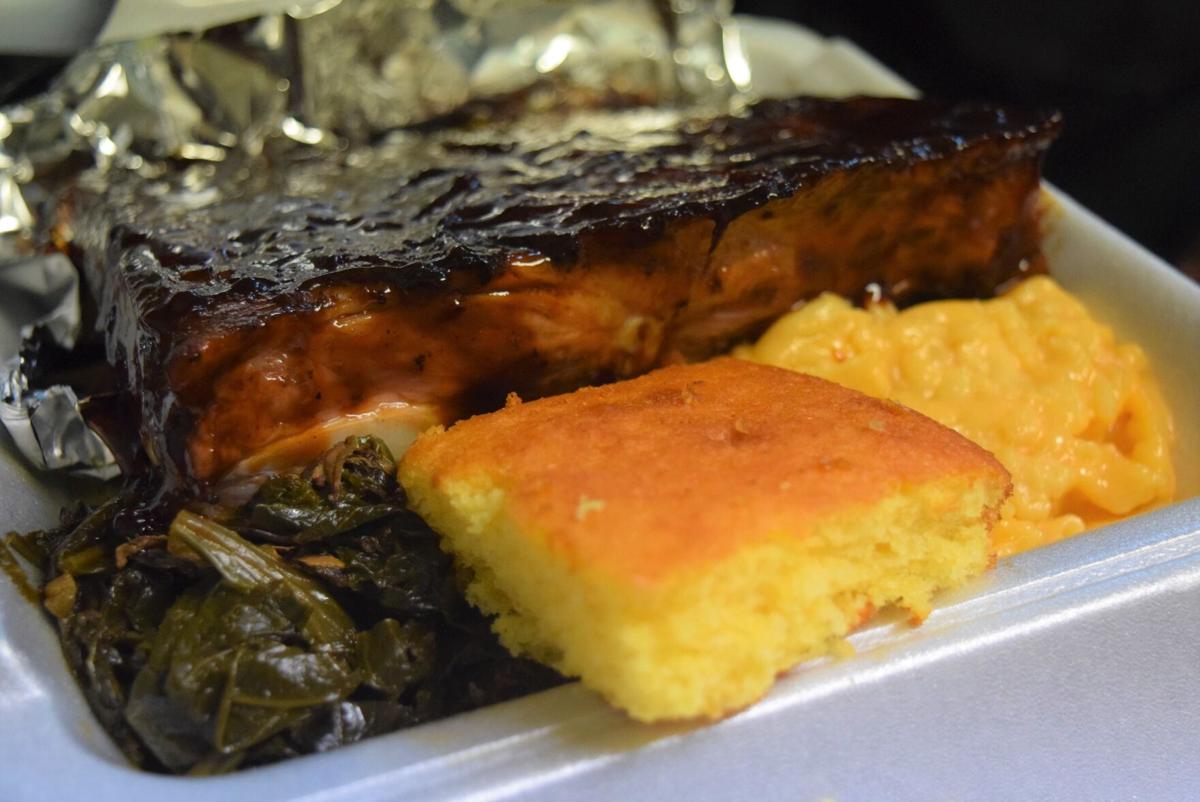 A half-slab rib dinner is just one of many meals available on the menu at Good Brotha's Pizza & BBQ. 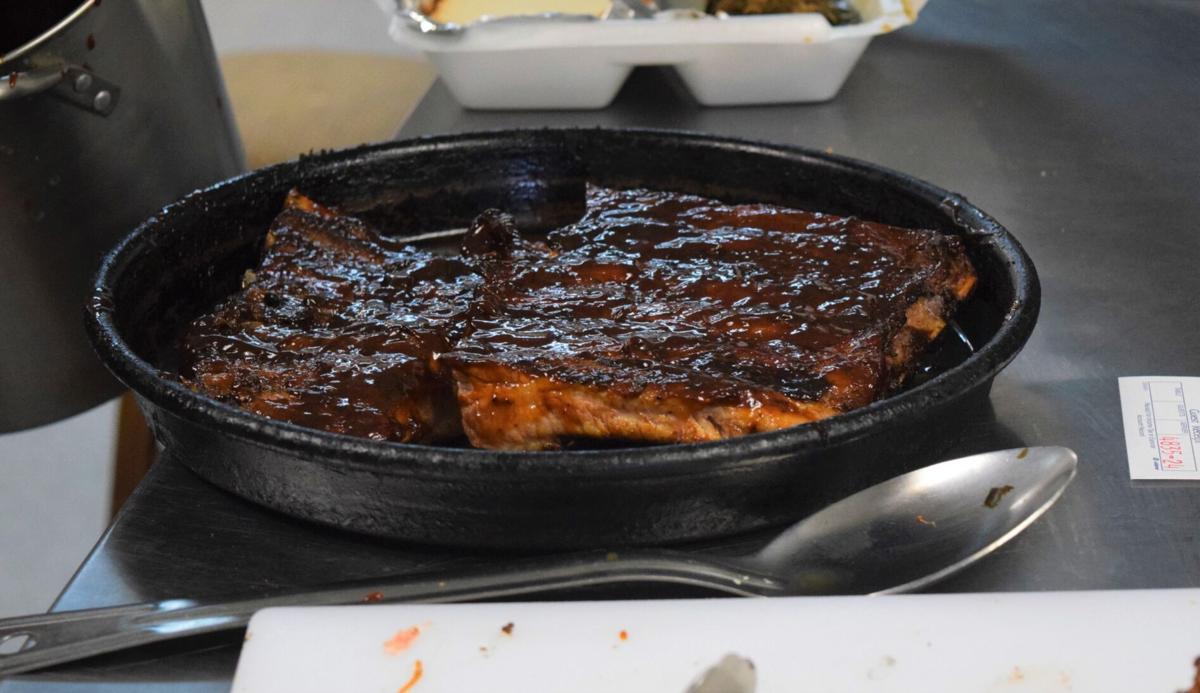 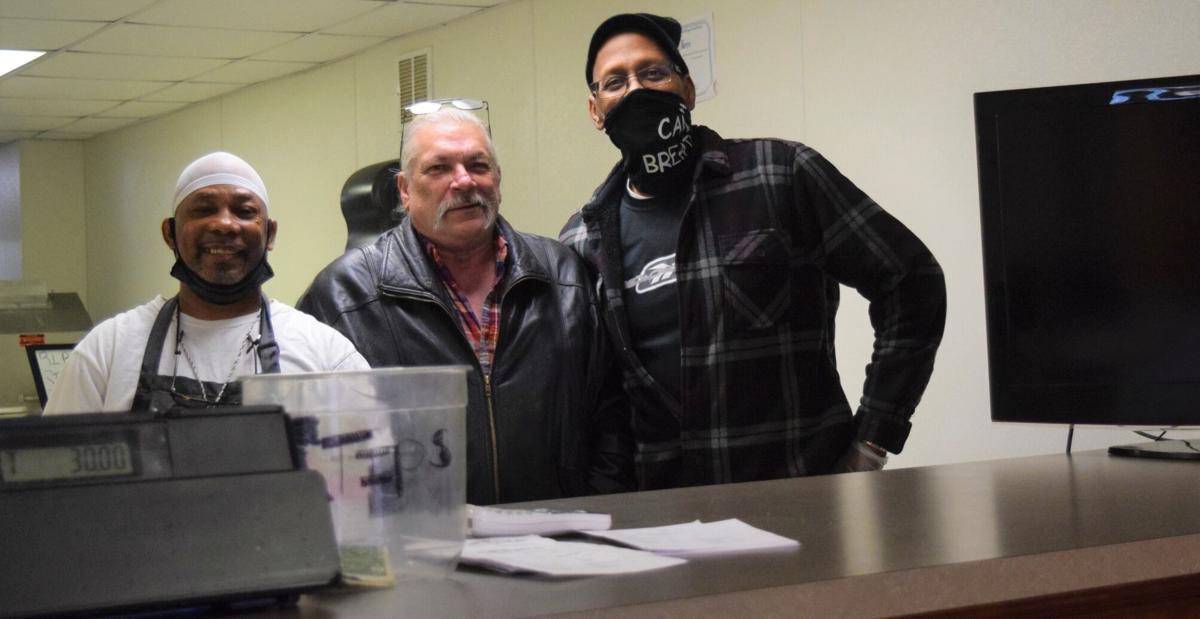 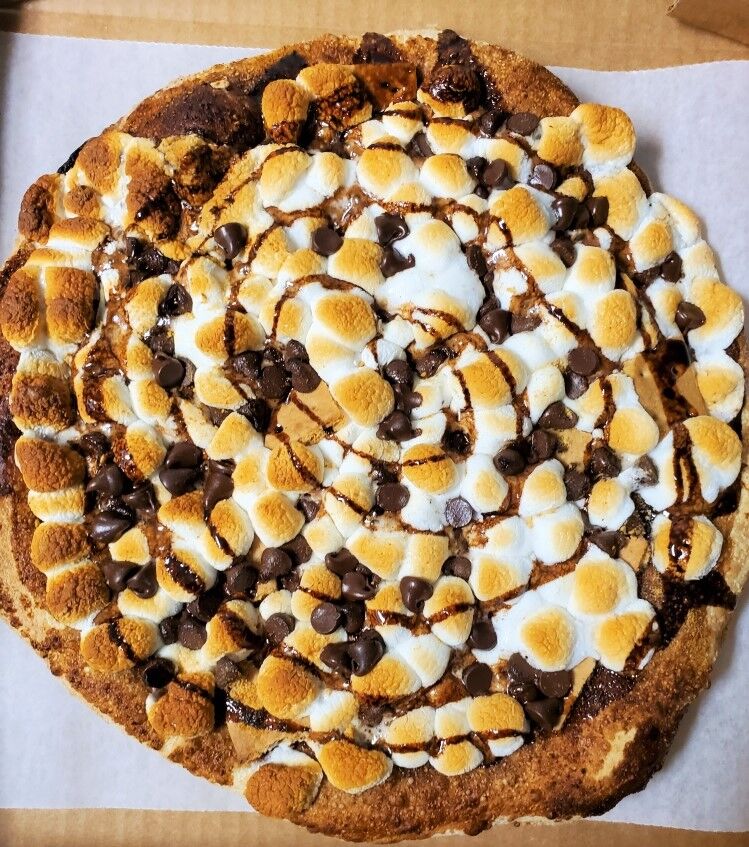 A S'more pizza is one of the specialties at Good Brotha's Pizza and BBQ. (Submitted photo) 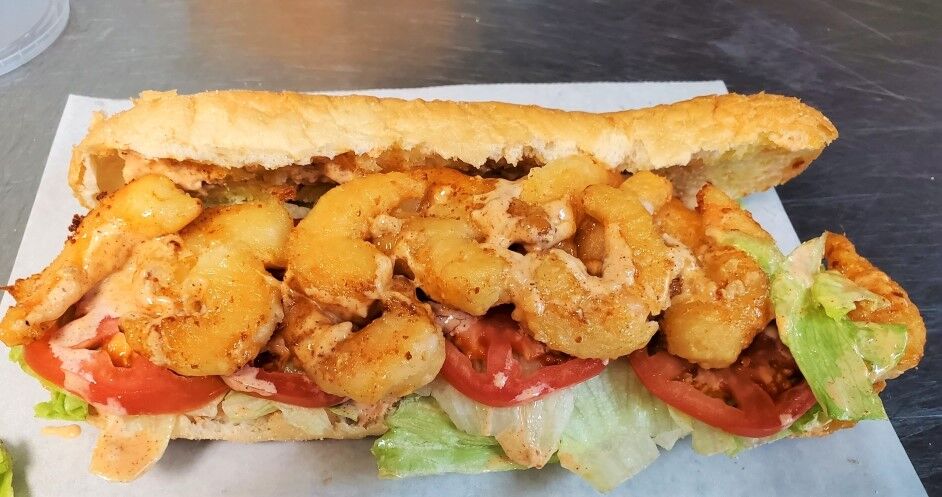 MANSFIELD -- Tim Feagin grew up on Lily Street on Mansfield's north side in the 1970s, loving the smell of BBQ in the neighborhood, the delicious aroma often emanating from his dad's smoker.

It was a neighborhood full of love and Feagin grew up enjoying getting people together for good food, good music and good times.

"Times were hard, but I didn't know it," the 57-year-old serial entrepreneur said. "Everywhere I went, there was barbecue. It's just so much of being who I am."

That love for food, music and entertaining has remained with Feagin, who now owns and operates Good Brotha's Pizza and BBQ at 919 S. Main St. in Mansfield.

Wonderful smells and music filled the restaurant, enjoyed by a steady stream of customers on a recent Friday afternoon. Feagin greeted his customers as friends, offering a menu with a wide variety of ribs, wings, subs, pizzas, sandwiches and plenty of side dishes.

It's clearly a labor of love for Feagin, who graduated from nearby Malabar High School in 1982 before entering the U.S. Army, serving as a heavy equipment operator and combat engineer.

But his stint in the military also provided an event that refreshed Feagin's love for food and entertaining others.

"One day, our captain wanted to have a company picnic. As a young guy, he put me and a couple of my friends in charge of it. That picnic is what started me on the road to this, which has been about 30 years now," Feagin said.

After leaving the Army, Feagin returned home and worked at the Mansfield Correctional Institution, largely as a corrections officer. But his desire for food and entertaining remained, which he used in a variety of new business ventures, including restaurants, nightclubs and work as a DJ.

Ultimately, that desire led him to leave the prison to pursue his passions on a full-time basis.

"I had a kidney transplant several years ago. When it was done, the doctor asked me what did I want to do? I said, 'I have got to ride a motorcycle again', so I bought a motorcycle. And I said, 'I have to get back into business again,' so I did that, too," Feagin said.

Like many entrepreneurs, Feagin experienced successes and also failures along the way.

"Each time, I have learned," he said. "I think if I had completed college or something like that, I could have made less mistakes. There is value in education. I mean, it's cool to learn the hard way, but it's probably cooler not to," he said with an easy laugh.

Those lessons continue in his location at the intersection of Main Street and Cook Road. Feagin is not afraid to try new things -- and also not afraid to make a change in course if it's not working.

When he opened late last summer, his business included the Vroom Drive Thru. That side of the business wasn't working the way he planned, so he closed it and plans to re-open it in a different way this spring. For now, the drive thru is a safe place to hold a huge smoker he will take outside when the weather warms.

"It was a little early (for the drive thru)," he said. "I don't want the traditional drive thru with just beer and cigarettes. I want to make it more of a grocery, where people can get flour, fresh produce and things like that. I have a big room in the back where we can have things like that."

The one area he will not change is the quality of the products he offers, including all homemade foods made from scratch every day at a price people can afford.

Larry Reynolds cooks in the kitchen, prepping the barbecue, baked beans, collard greens, mac & cheese and more, while long-time friend Harvey Maness is Feagin's "pizza guru," providing a unique crust and tomato-sauce, along with a wide variety of toppings.

"I just like to think about what sounds good," said Maness, whose offerings include a S'more pizza, taco pizza and more. "Everyone likes my creations."

Feagin is clearly not done in deciding what he wants his business to become, which includes event catering. The restaurant, offering take-out and dine-in, is open 2 p.m. to 8 p.m. Monday, Tuesday and Wednesday and 11 a.m. to 8 p.m. on Thursday, Friday and Saturday.

"We had a soft launch last August," he said, "probably so soft people couldn't hear it. We have made a lot of changes and will continue to make changes as we get to the defining point we are reaching now.

"The food is the key. We put a lot of work into the quality of the food. There are no short-cuts. It's my passion. I remember a lot of experiences around the fire, making barbecue, whether it be in the military or Boy Scouts, people talking and chatting and just enjoying one another's company.

"That's the vibe we want at Good Brotha's Pizza and BBQ," he said.